Back On The Trail 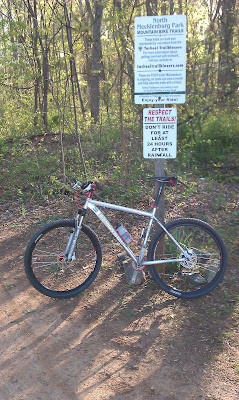 After “racing” for six hours last Saturday, I finally got back in the saddle. I hit up one of our local trails, North Meck. I was working pretty close to there, so it was pretty easy to get to when I finished my work day. I even got to see the Space Cowboy and local celebrity The Bike Shop Girl. It seemed like everyone was out for an after work ride.


The trail is only around 3 ½ miles, so I would have to do more than one lap to make it worthwhile. I really like that short trail though, since it has plenty to offer on the small amount of singletrack. It wasn’t some kind of epic ride, but any ride on the trail is a good one. I got another chance to test my new Kenda Slant Six tires too, this time in optimal conditions. I still had the same great results, and I was amazed at how well they stuck to the trails. I purposely tried to lean hard into the corners just to the point of losing control, and I never had an issue. I have made a good tire choice it seems.


I also got a chance to test out something else I got. The fine folks at Lizard Skins have been helping me protect my hands for quite some time now, and I’m glad to have some new goodies from them. 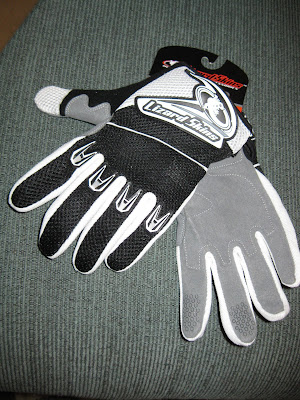 These are their Charger gloves, and it’s my first time trying them. I was rocking the Komodo, but they are working on a redesign of them right now, and my size of the old design is out of stock. That’s why I opted to go with the Charger. 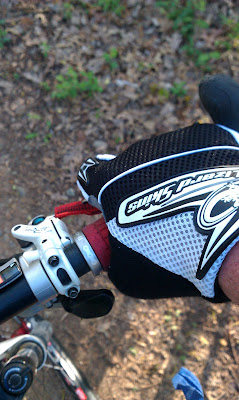 They are more of a lightweight glove than the Komodo, which will be perfect for around here when things warm up. There is a bit less padding than I’m used to, but I didn’t really notice. There is plenty of grip, and my hands didn’t get hot out on the trail. I’ve had these for a couple of weeks, but this is actually the first time I’ve used them. The last two races I did were full of sloppy mud, and these shiny white gloves probably would have ended up looking like I had been chucking cow chips. Not good. I’m glad I waited for a nice, dry day to wear these gloves.


Next up is an accessory I had been meaning to talk about. I’ve been carrying around an old Kenda hand pump in my pocket on long races, but it was starting to show it’s age. I opted for something a little more “modern.” 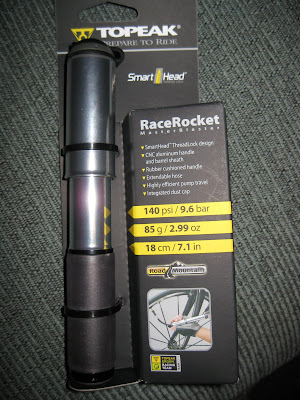 This is the Topeak race Rocket. I bought it because it was small and lightweight, but I also thought it looked pretty cool. My thoughts on the new pump were confirmed at the 6 Hours of Warrior Creek, when Team Topeak-Ergon rider Eddie O’Dea commented about how he liked my pump. I noticed that he had the same one (‘cause I are smart.) He gave me some tips on using it, and I was grateful. 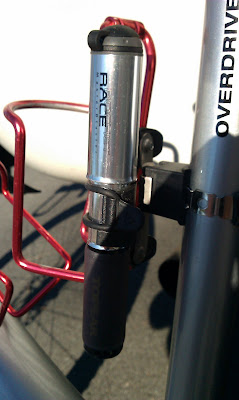 It even mounted up easily on my wacky add-on bottle cage mount.


It works great, but honestly I hope I never have to use it during a race. I carry around an Awesome Strap with CO2, but it’s nice to have a backup plan. That’s so unlike me to have any kind of plan, but I’ll make an exception if it means I don’t have to walk my bike out of a trail.


Since I mentioned my Awesome Strap, I’d like to point out that the new Awesome Strap Race is the cat’s ass. The local Awesome Strap inspector had to check to see if it was tight enough before I set out for six hours of racing last week, and he found that I did indeed have it on there properly. The picture I posted da udda day might have made you think otherwise though. 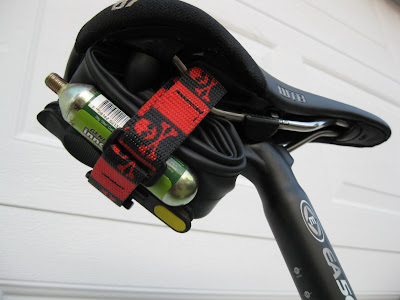 It’s on there, and it hasn’t moved at all. I hope I don’t have to use it, but I don’t have to worry about it falling off of my bike if I do. I was a little paranoid there for a while, but it’s seen well over fifty miles since I put it on, and it’s not going anywhere. Another fine product from the folks at Backcountry Research for sure.