Six Hours Of Good And Bad

Yeah, it was like that. The 6 Hours of Warrior Creek has come and gone, and I’m still trying to figure out how I feel about it. I wasn’t nervous like I was last year. One year ago I was riding in my first ever six hour race, on a course that I had never ridden. This year I was pretty relaxed, hoping to go out there and have fun. I did have one little thing to worry about though. 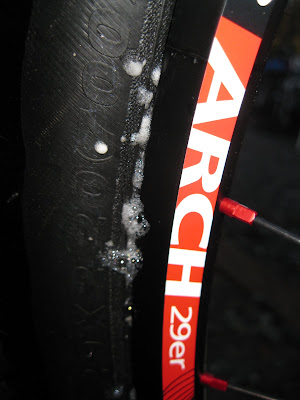 I thought my tires were all sealed up, but as we setup the pit area at I noticed the fluid leaking out. At first I thought about popping a tube in, but I decided to take a chance. I filled up both tires and hoped for the best. It turns out that my tires would be the least of my concerns.


After hanging out for what seemed like forever, the race started. With over 300 people there, I knew it would take a while to get going. I decided to take my time, and I started somewhere near the back of the group. I let the faster guys go on ahead. 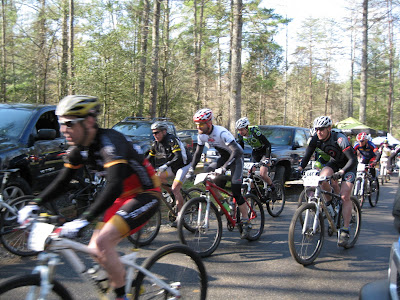 I was there to have fun, and there was no use fighting for position up front. 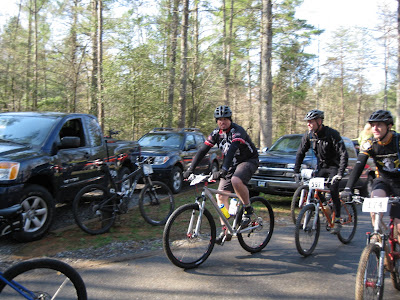 We had a short road ride before the trail started, just to spread everyone out. I was cruising along just fine until the trail entrance popped up. Traffic was backed up like rush hour in the city. We basically waited in line to get going down the trail, and even then you hardly moved. At least I kept my heart rate down.


It got worse. The trail was a muddy, sloppy mess. It had rained that morning, and I was actually shocked at how shitty the conditions were. No one could stay on the trail, since the mud had us all sliding around. After the first mile marker (which had the Backcountry Research logo on it by the way), we started spreading out and moving along the trail a bit. I felt good, and I was ready to start flying down the trail and getting into my rhythm.


Not so fast though. The trail was still slippery, and one turn got the best of me. I slid off the trail, tried to correct, and went over the bars. It was a spectacular crash. As I was flying through the air, my Cane Creek Ergo 2 Bar End hit my leg, tore my shorts, and twisted me around in the air. I landed on my back, in the mud. Not even two miles in, and I crashed hard. My day was not starting off right.


I got up, checked my bike, and got moving again. I slowly moved along the trail, still sliding all over the place. I passed a few people here and there, but my bike was starting to get heavy from being full of mud. I crashed a few more times too, but none were as grand as that first one (which still hurt.) I was only on lap one, and I was really pissed off and just waiting for it to be over. Maybe racing that day was a bad idea.


I finally made it back from that lap and took a break in my pit area. I was mad as hell, and not having fun at all. I thought about quitting, but I somehow talked myself into getting back out there. I thought that with all of the racers on the course, the sun, and the wind, things could only get better. After having a snack and swapping out my Clean Bottles, I reluctantly headed back out on the trail.


Lunchbox got a photo of me at the beginning of lap two: 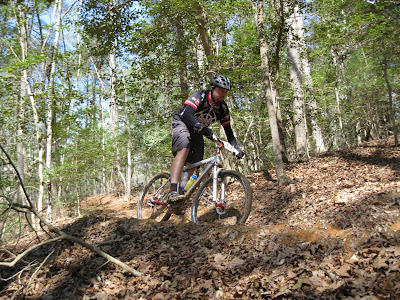 I wasn’t happy, but would things get better? I wasn’t sure if I could handle anymore crashing…or mud. Should I have just packed it up and called it a day? I’ll tell you all about it tomorrow.
Posted by TheMutt at 8:18 AM