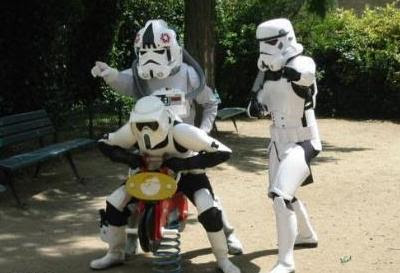 Yep, it’s time to do some riding. The six hour variety, in fact. As I’ve been telling you the last two weeks, I won’t be doing it alone either. Sure, I can ride my bike for six (or even twelve) hours, but I’ve decided to take on a partner. My first ever endurance race was part of a team, but after that I’ve been doing them all by my lonesome. Not because I’m some kind of bad ass on the mountain bike or anything, but because I just wanted to see what I was capable of doing. I already know that I can hang during these endurance events, but my partner has no idea. Who is it? Well, some of you may already know. If you had no idea, then here is your first clue. 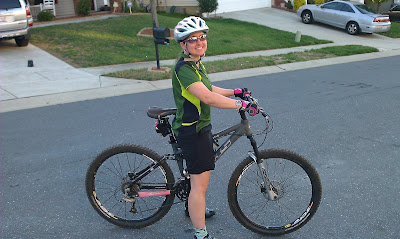 Yup, my partner for the Grind On The Greenway is none other than Little Miss Sunshine. This will be her first endurance race, and she’s pretty excited about it. She initially wanted to team up with one of her girly friends, but that didn’t happen. She also briefly entertained the idea of joining Lunchbox on that adventure, but he won’t be back from Florida until late that evening. I offered up my expert services as an endurance racing partner, and she accepted. She has no idea what she’s in for. 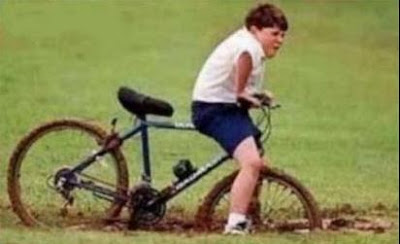 Can we win? I have no freaking idea. The co-ed duo category is usually well represented, so we should have some fierce competition. The plan isn’t to win though, because we are just going out there to see what she can do. I told her I would go first, and do my best to put in as many hot laps as I can. That gives her the chance to go out there and ride at her own pace, and enjoy just being out there. If we get on the podium, then of course we would be happy. I’m not putting that kind of pressure on her though, because I don’t want to make her uncomfortable. My first-ever endurance race got me hooked on it, so I’m hoping that she will find the same joy I did. Who knows, maybe she will start doing them solo after this one.


Speaking of racing, I missed out on the kickoff of the Summer Series, held at Colonel Francis Beatty Park. I didn’t even try to make it. I use to try to get to all of them, but now it’s a little more difficult to make it there on time after work on Wednesdays. There are fifteen races left in the series, so maybe I’ll get a chance to mix it up with the local crowd soon. If anything, it will get me at least one competitive ride during the week to stay on track for the Southern Classic Series. The plan is to do a few of these Summer Series races this year, as opposed to the whole series like I usually do. The Southern Classic Series is taking up a lot of my free time, so I had to cut something out. Maybe I’ll attend a few of the races just to be a cheerleader or something.


Even though tomorrow is a “holiday”, I’ll be here. It probably won’t be much, so be warned.
Posted by TheMutt at 8:14 AM