It Was Rough At First 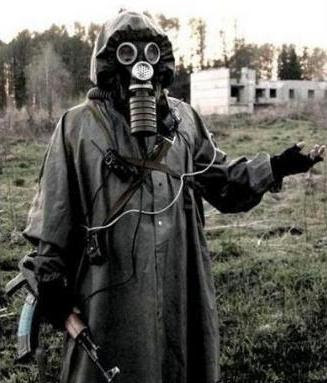 Yesterday’s “race report” didn’t even get into the actual racing part. Anyway, when I left off I was off on the first lap. I went out really hard from the start/finish line, and I was still in a pretty big group. Once I got into the singletrack, I thought I could pick up the pace a little. That worked well for a few minutes, until I came up to yet another traffic jam. This time the culprit was a bridge that was barely wide enough to get across with a bicycle. In fact, my own handlebars were too wide to clear the posts on either side. That didn’t matter on lap one though, because by the time I got within sight of it we were all walking with our bikes. Someone had crashed pretty good, but I didn’t really get a good look at it. I just saw asses and elbows. Once I got past the bridge though, it was on.


I was flying through the wet, sloppy trail, pushing as hard as I could. As usual, it got the better of me and I had to back off. I was still passing a few people, but more were passing me. My goal was to get that first lap finished in around and hour, and I was starting to wonder if I could do it. The trail wasn’t too bad (mud-wise anyway), but the wet roots made it difficult to keep traction on the climbs and switchbacks. I didn’t crash, but I had to dab a few times to stay upright. I calmed down a bit and decided to pace myself.


I had told Little Miss Sunshine that I would be back in an hour, but there was a chance that the wet conditions could alter my plans. After my legs and lungs recovered though, I settled in and tried to avoid the slick stuff. I started getting into my groove, and I felt great. I guess it helped that I knew I would be able to rest after I hammered out a lap. I just hoped that the trail would dry up a little before the wife had to head out for her lap.


On one of the bigger climbs, I saw about ten people walking with their bikes. As I climbed by the hike-a-bikers, I said, “There are an awful lot of roadies out here today.” I don’t think anyone else found that to be funny, but I sure as hell did. Those fully-kitted roadie types don’t climb on the rocky rooty goodness so well, and I was getting a kick out of it. At least I had something going for me. Someone passed me by and asked if I brought beer, which had me laughing out loud. Yes, I was having a grand ol’ time.


There were mile markers all over the trail telling me how far I had gone. I kinda liked that, since I knew when I could turn it on to get the hell outta there. At the 8 mile mark, I picked up the pace and headed for the exit. After around 10 miles (including the little extra we did at the start), I approached to rendezvous point. Little Miss Sunshine was waiting, and we swapped out the timing chip. I told her to be careful of the wet roots, but to have fun and ride at her own pace. And just like that she was off.


When she left, I changed out of my jersey and put on a t-shirt. I plopped my ass into a chair in the pit area and ate a little bit. It felt weird to relax like that, but it was a nice change of pace. Shortly after I got situated, the Dirty Party Cycle came in from his first lap. He was feeling pretty good so far. He took a short break and headed back out on the trail. I resisted the urge to crack open a beer. Instead, I drank some Gatorade and propped up my feet on a stool.


After about an hour, I got ready to ride again. I had heard from another rider that Little Miss Sunshine had crashed, but it was nothing real serious. When she came back, I asked if she was okay. She said she was, so I hurried off for lap number three. We were doing fine time-wise, but more importantly we were still having a good time. I was well rested, so I pushed myself pretty hard to see if I could get in a better lap time.


Just like my adventure at Warrior Creek a few weeks ago, the trail down there had dried up considerably. It was getting pretty hot outside too, and I was loving it. My rest and relaxation time had served me well, and I was full of piss and vinegar. I had way better control this time, and I was going a lot faster for sure. It’s amazing what I could do after being able to rest so much between rides. I had plenty of energy to climb, and I rarely had to get out of the saddle. I hadn’t felt this good in a race in some time, so I was definitely enjoying it. I passed more people than usual on that lap, but I still got passed by much faster riders too. I was riding at a good pace (for me), and I didn’t want it to end. Before I knew it though, I saw the inevitable mile marker number 8. It was time for the home stretch.


And just like that, it’s time to end today’s post. With the short attention span of my readers, I feel it’s best to finish this long-winded post tomorrow. See ya then.
Posted by TheMutt at 8:24 AM

What's that guy doing with his hand? Feeling the consistency of mustard gas?