Before you, oh loyal readers, shout out WTF: This is Shepherd, on location, with his long overdue Florida Report. My running season is over with it's usual 15k finale the Gate River Run. If you plan on being in the Jacksonville area mid March it's well worth your time. 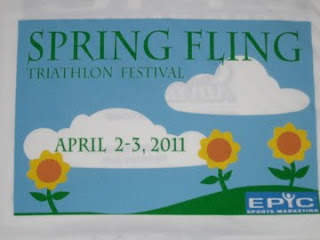 Last weekend was the inaugural Spring Fling Tri put on by the folks at Epic who, incidentally, also put on the Lake Norman Turkey Trot up yonder in NC. I was rack mates with five time Ironman winner Heather Gollnick. She swam like an eel late for dinner once the gun went off . . . I didn't see her again until the awards ceremony but it was pretty cool having a professional athlete at such a small venue. Thanks Heather.
100 Miles and Runnin' 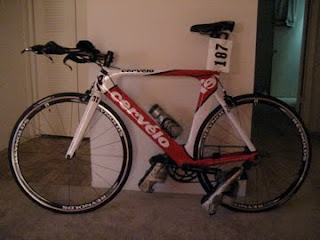 I purchased a new bike over the off season; it was long overdue and a considerable upgrade over my previous road bike. Which reminds me: What is up with the culture clash between Mtn. Bikers and Roadies? It seems whenever there's a pack of roadies the conversation is a giant pissing contest over the topic at hand. By contrast, Mtn. Bikers tend to talk about beer and if there's any dispute over that it's settled over a pint. Anybody else run into this or is it just a Florida thing? I digress.
I began my training for the Great Floridian Triathlon this weekend by heading out for a century ride . . . more calories and sun block is in order. I also chatted it up with a few roadies while I was in the Clermont area; they're not so bad one on one.
Last but not least I have to give a shout out to cameraman and mustache host Jeff. He will be leaving the Epic crew for an internship in the NY area this year. Perhaps he'll be lead into the Mustachoed Geraldo Rivera and its career will blossom. Good Luck Jeff!! You will be missed. 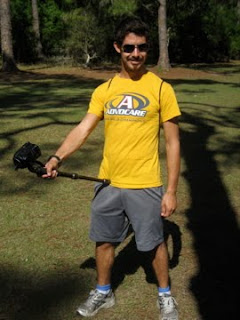 Posted by Shepherd2LostSheep at 6:27 PM