I told myself that after the majority of my mountain bike racing season was finished that I would try to spend a little more time on my skateboard. I was so afraid of getting hurt and jeopardizing my bike stuff that I kinda stayed away from it. The problem with that is that I get really rusty, and it takes way too long to get back in the groove. For someone that’s been skateboarding for over twenty five years, it’s a little frustrating. Things aren’t as easy as they used to be. You know, when I was much, much younger. 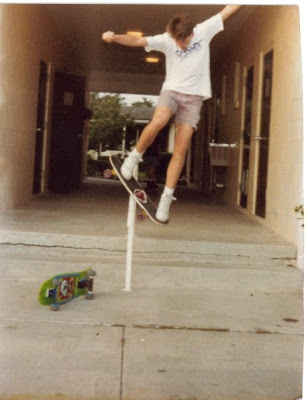 Anyway, Sunday I promised Lunchbox that we would go skate. The Dirty Party Cycle wanted to go to, and he promptly showed up at our house to pick us up. We headed over to our local skatepark, Soul Ride, for some fun on four (small) wheels. And yes, it was fun.


Much like the joy I get from mountain biking, skateboarding makes me feel all happy inside. It’s sort of like being a kid again, except that the DPC and I are the old farts out there these days. Lots of people my age still skate, including some of the pros I idolized back in my youth. It’s a good feeling to be out there on my board, and I need to make sure I do it a little more often.

I did take a few photos. Here’s the DPC getting his skate on: 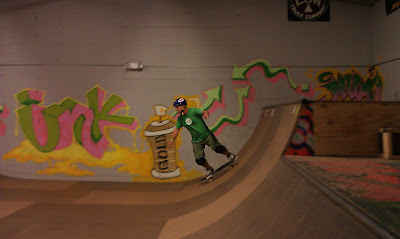 And of course my son was there: 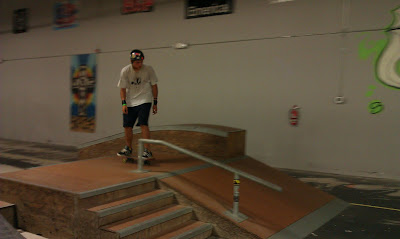 They even teamed up on the ramp: 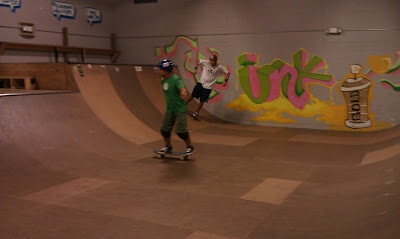 No, there aren’t any pictures of me. Lunchbox offered to take some, but I was cool without any photographic evidence of my skate session. Well, there was one photo. 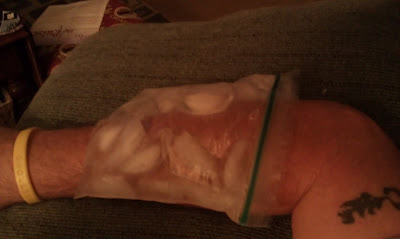 Ice on my arm. Yes, I got hurt. I was just skating along minding my own business, when this tiny splinter of wood locked up my front wheel and threw me to the ground. If you’ve ever spent any time on a skateboard, then this has probably happened to you too. I wasn’t doing any fancy tricks, just rolling. I slammed violently on the concrete with all of my 230 pounds, using my right arm as a cushion. It happened so fast that I didn’t even have time to react. My elbow, forearm, and wrist took the brunt of it.


Three days later, and it’s still swollen. It could be broken. It could be sprained. It could just be bruised. Hell, I could be imagining things. I didn’t seek medical attention because well, I’m just too damn stubborn. I can move around just fine, and the pain is actually getting a little more tolerable. In fact, I skated for another hour or so after I got hurt. I don’t know what this means for my bicycling time, but it sure as hell doesn’t mean I’ll give up the skateboarding. I’ve been hurt before, and that shit never stopped me. I refuse to sit around on my ass and do nothing. That aging gracefully shit is for suckers. I’m going out in a blaze of glory. A crippled blaze, but a blaze nonetheless.
Posted by TheMutt at 8:25 AM