A few things happened over the weekend, but nothing that's worth mentioning before the Tarheel Trailblazers/Dirt Divas Year End Party.  Lunchbox and I got down to Fort Mill plenty early to setup things, and to be quite honest I was nervous as hell.  Months of planning for an event that I wasn’t sure would be any good, and once we started getting everything together my nerves were shot.

We setup the stations for the games, and also I had to find a spot for the band.  While we figured everything out, most people went out for a group ride. 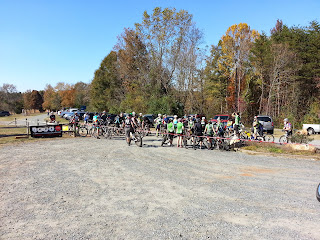 I brought my bike, but I was too worried about getting things right to even think about riding it.  Lunchbox setup the course for the tricycle race, and he got to go out and ride on the trail at least.  Once I saw how everything was coming together, I calmed down a bit (and had a beer.)

Once people started coming back from the ride, we fired up the games.  There was a bike toss: 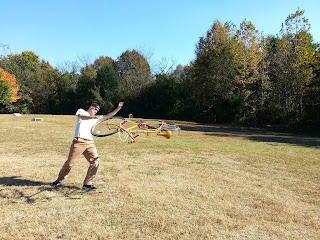 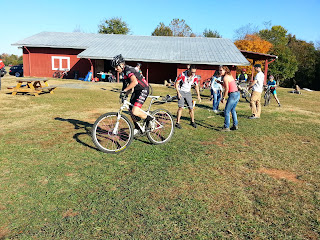 And a trike race: 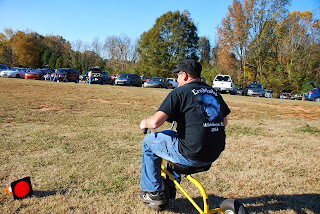 Three rounds, with four teams of two going head to head until there was a winner.  I found it odd that I was able to run the event and enter it, but Little Miss Sunshine and I teamed up to destroy the competition. 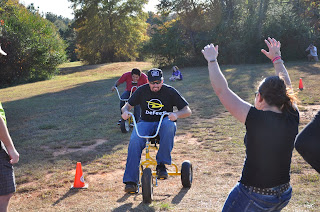 Yeah, that’s Lunchbox behind me.  He can’t beat his old man…yet.  We made it to the finals, winning easily over Jen and local shop owner Mark Sullivan.  I didn't have time to celebrate though.  It was time for the bike derby.  I was nervous again, probably because I had to emcee the thing with my less than stellar public speaking skills.  Plus, people seemed reluctant to participate.  Eventually we had a good lineup, and I got everyone rolling with the crowd cheering them on. 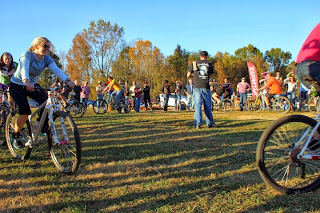 It was a tough battle, and once the first few fell they started dropping like flies.  Lunchbox got caught playing nice trying not to run over someone that fell in front of him, and he was out.  I had high hopes for him too.

Suddenly, it was down to two men.  Dicky and Irish Luke played a game of chess for a while, then they fought it out to the finish.  Having a cool Irish accent wasn’t enough to win, so my man Dicky walked away with the championship belt. 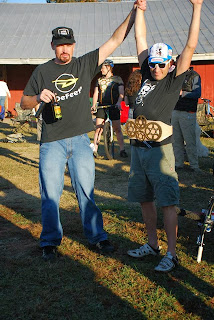 Success, I think.  Everyone seemed to be having a good time, but the party wasn’t over.  After the food and the raffle, I helped set the band up and they came out and rocked the shit outta that place. 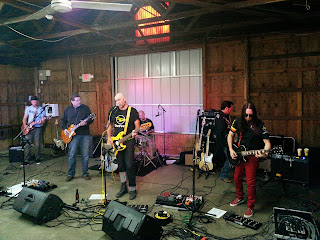 CroMoly, cycling’s only rock band drove down from the hills to cap off our party and they were pretty damn awesome…and loud.  Headed by DeFeet founder and CEO Shane Cooper, they made it a party to remember.  Big thanks to those guys for coming out and supporting us.  It was much appreciated.

In the end, all the planning and stress was worth it.  While I may have had a big hand in it, I didn’t act alone.  Many people there helped make this a great party, including those that participated in the events.  The parties down there have sucked for years, but it looks like we may have set a new standard.