When Things Are Ignored 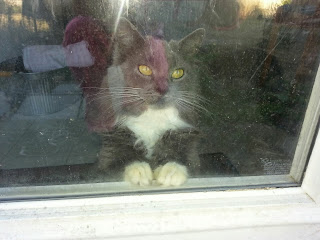 Yesterday I talked about giving back to the trails you ride. ON the way home from working at Uwharrie, I took a little detour to stop by a local park in the town of Albemarle. City Lake Park had some trails built there once upon a time, which I rode a few years back. The local club (which was later absorbed into the Trailblazers) put in many hours to show the community what can be done with public land. They did a great job from what I remembered, but I hadn’t been there in so long that I had forgotten about it. When I arrived, it looked like the locals did too. 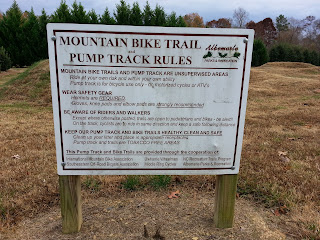 The main thing I remembered about that place was the skills section in the middle of the park, which was quite good for the area. They had one helluva pump track, but form the looks of it no one has been on it in a long, long, time. 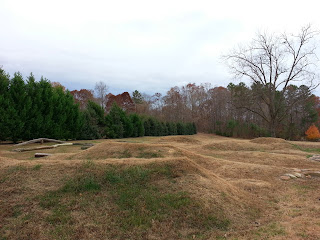 I mean, you can hardly tell what it is now. 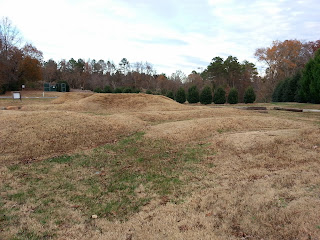 There are some other features that haven’t given in to nature so easily though. 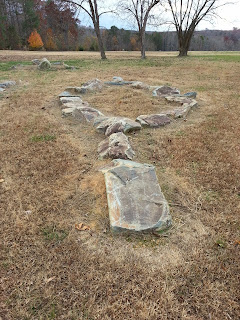 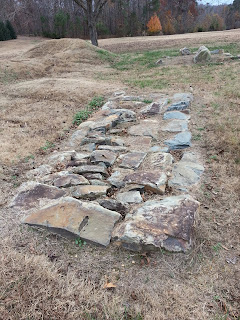 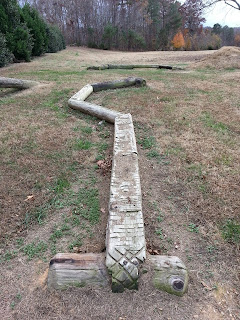 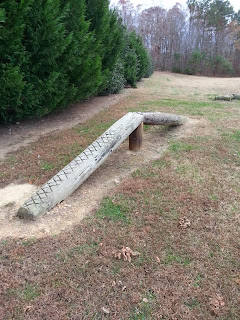 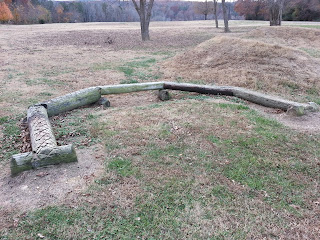 I don’t really know how many people actually live close enough to that park anymore that would ride it (obviously not many), but that doesn’t mean that it should continue to be ignored. For most of us that ride out at Uwharrie, it’s on the way back home. I was too tired from hurling logs off the trail that day to ride that stuff, but the last time I did I had a blast. Maybe there’s not enough mileage (and feature-type stuff) to warrant a trip out there from Charlotte just to ride it, but next time I’m in the area maybe I should. In fact, maybe it’s time that we started take care of it too.


Since the club that was in the area previously (of which I was a former member) took care of it, now it appears that we (as in the Trailblazers) should pick up where they left off. It won’t take much to get this thing back in shape, and at the risk of spreading myself too thin maybe I should try to get a crew together to tackle it.


Probably none of you, since you’re all way over there across The Internets.


No worries. Just the fact that I mentioned it should be motivation enough for me to drum up some support here locally. Who knows, it might make a difference. It’s much better than sitting around doing nothing and letting such a great opportunity go to waste.


Since you just want to sit around, watch this creepy shit for a while:

Advocat sez: Yea, let's go for it - 'cept we prolly out to be sure someone local to Albemarle will somewhat maintin the pump track if we re-hab it.