This weekend was the first ever camping trip for our local mountain bike club, the Tarheel Trailblazers. The plan was to camp out in the Davidson River Campground in Pisgah, ride DuPont and Pisgah and drink a lot of beer in between. After scooping up Lunchbox from school early Friday, we headed for the hills.


We took a slight detour along the way though. 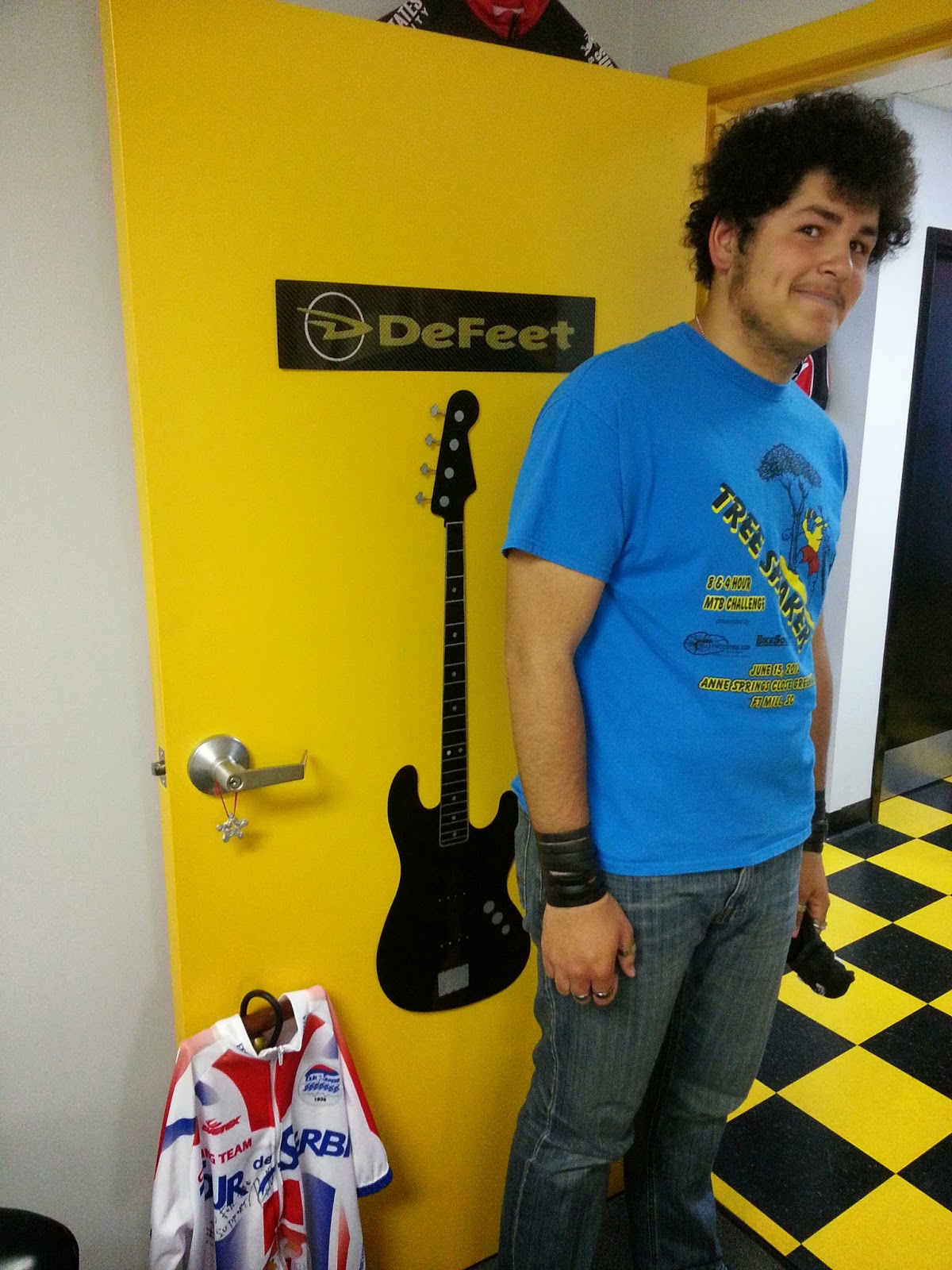 We stopped by DeFeet to pay a visit (and to keep my insider douchebag status.) We hung out for quite a while, shot the shit, and even saw some new products that I may or may not talk about in the future. Stay tuned.


We hit the road headed for Pisgah Forest, and since we were running late I decided to stop into The Hub to see if any of our camp-goers were there (this would be my first of many visits there over the weekend.) They weren't, but I warned the proprietors that we would be back in full force. We took a short drive up to the campsite and setup our stuff. 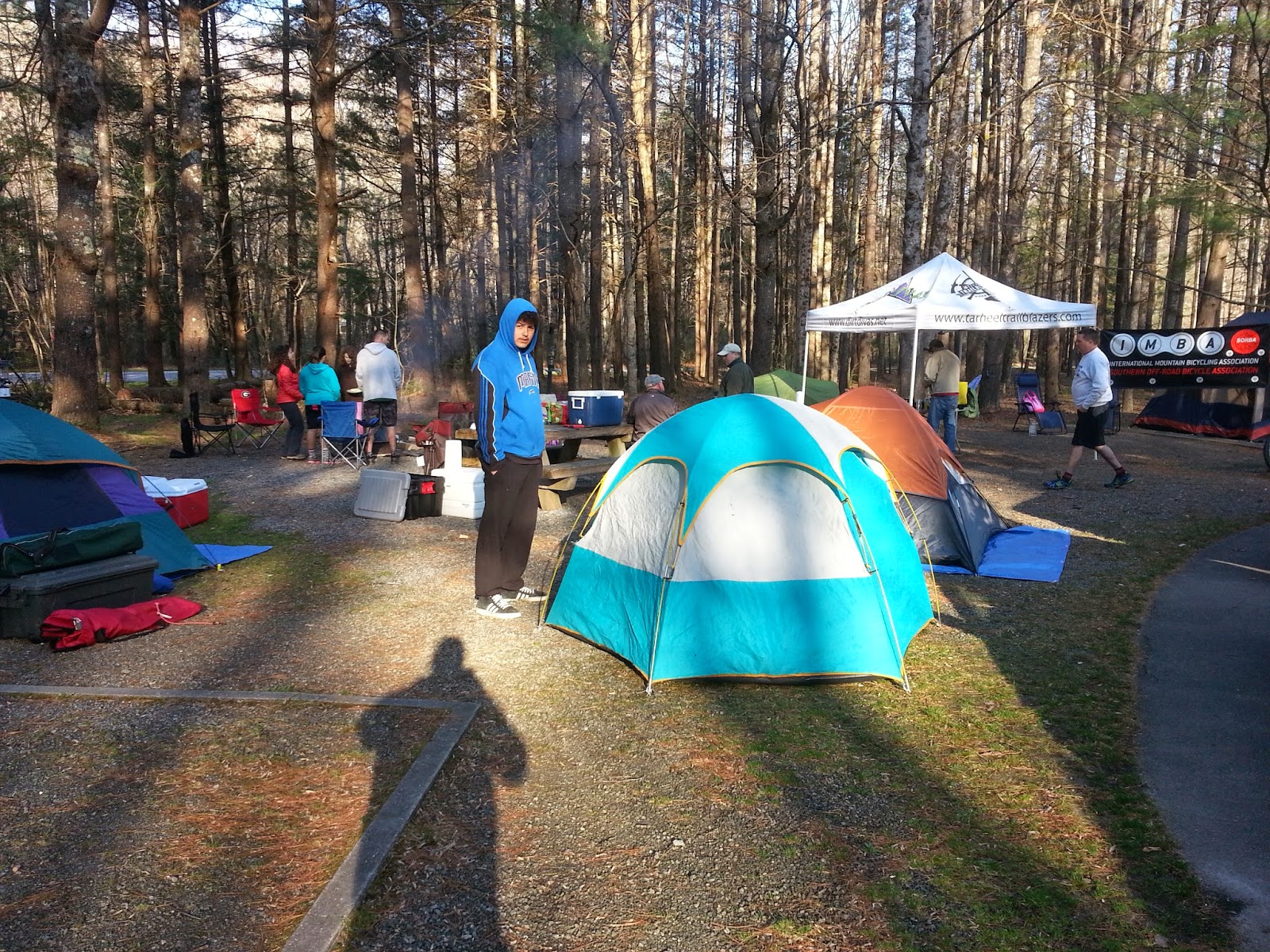 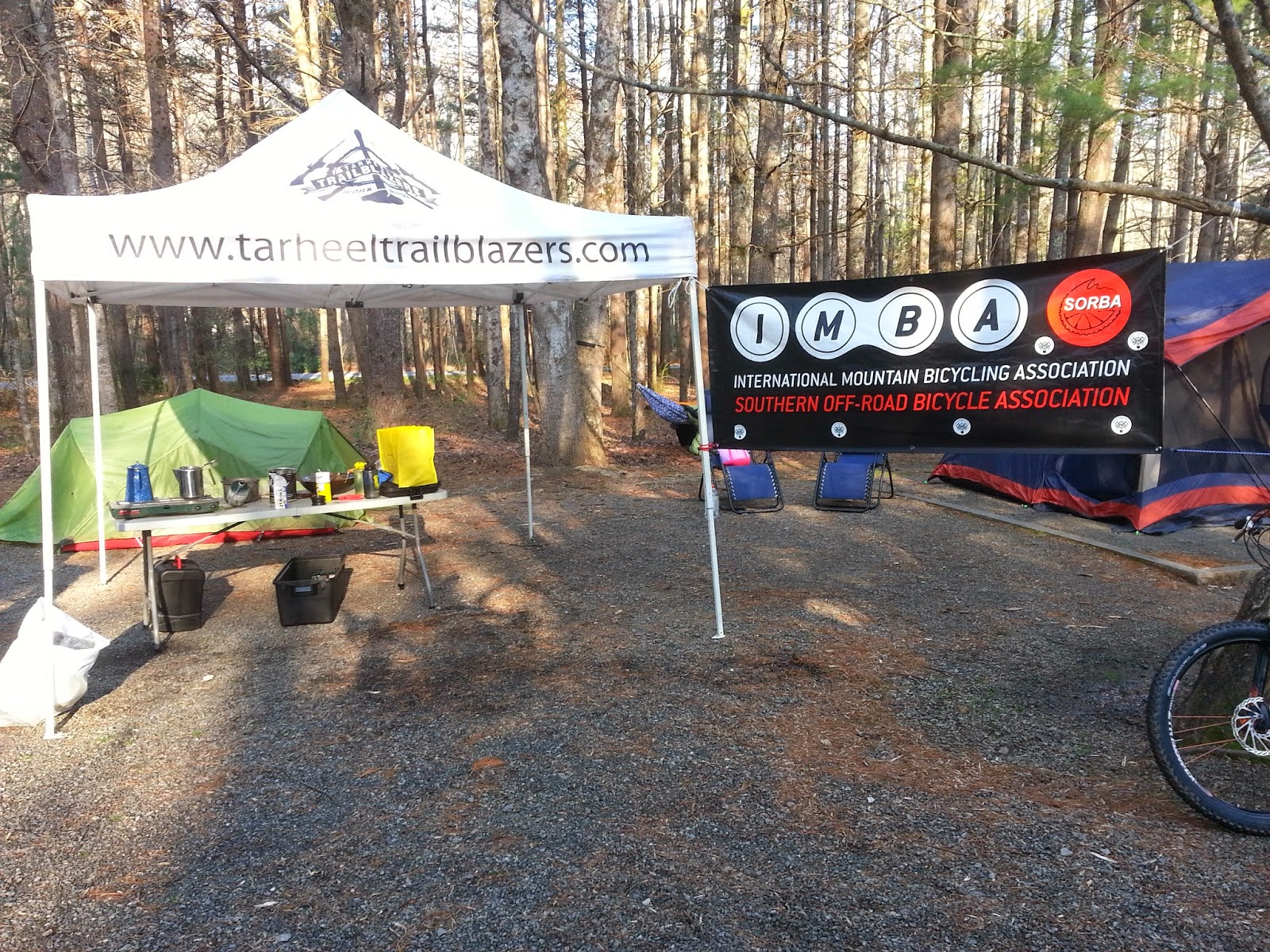 That didn't take long, so we rolled back to The Hub, where they were waiting to host us for the evening. Beers were consumed, stories were told, and fun was had. 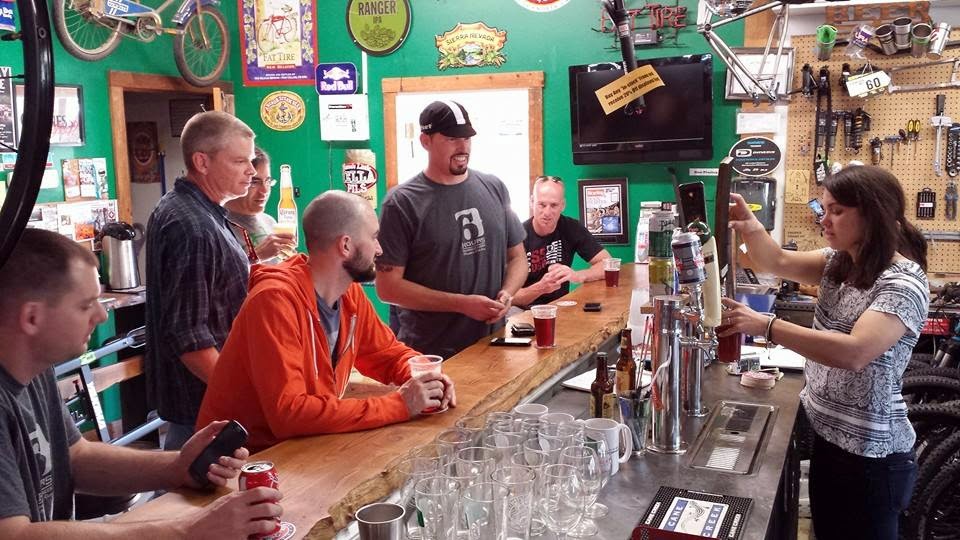 
We stayed long enough to kill a couple of kegs, and wandered back to the campsite. So much thanks to Sam and Jordan for being the coolest hosts evarrrr. We really appreciated it.


We sat around the campfire telling more stories and drinking more beer, and trying to come up with a plan for the next day. Once it was time to get some sleep, I hit the sleeping bag thinking I would pass right out. I didn't. Instead, I was kept away by my own tossing and turning, and by the wonderful chorus of snoring and flatulence. It was quite amusing, but it wasn't helping me get my beauty rest.


The next morning, we met back up at The Hub, and the plan was to roll over to Dupont State Forest. Instead of breaking up into several groups, we rolled out on the trail as one big one. We had some day trippers from Charlotte and even some flatlanders from South Carolina join us for a while.


We did an easy-ish route, with lots of climbing an plenty of waterfalls. 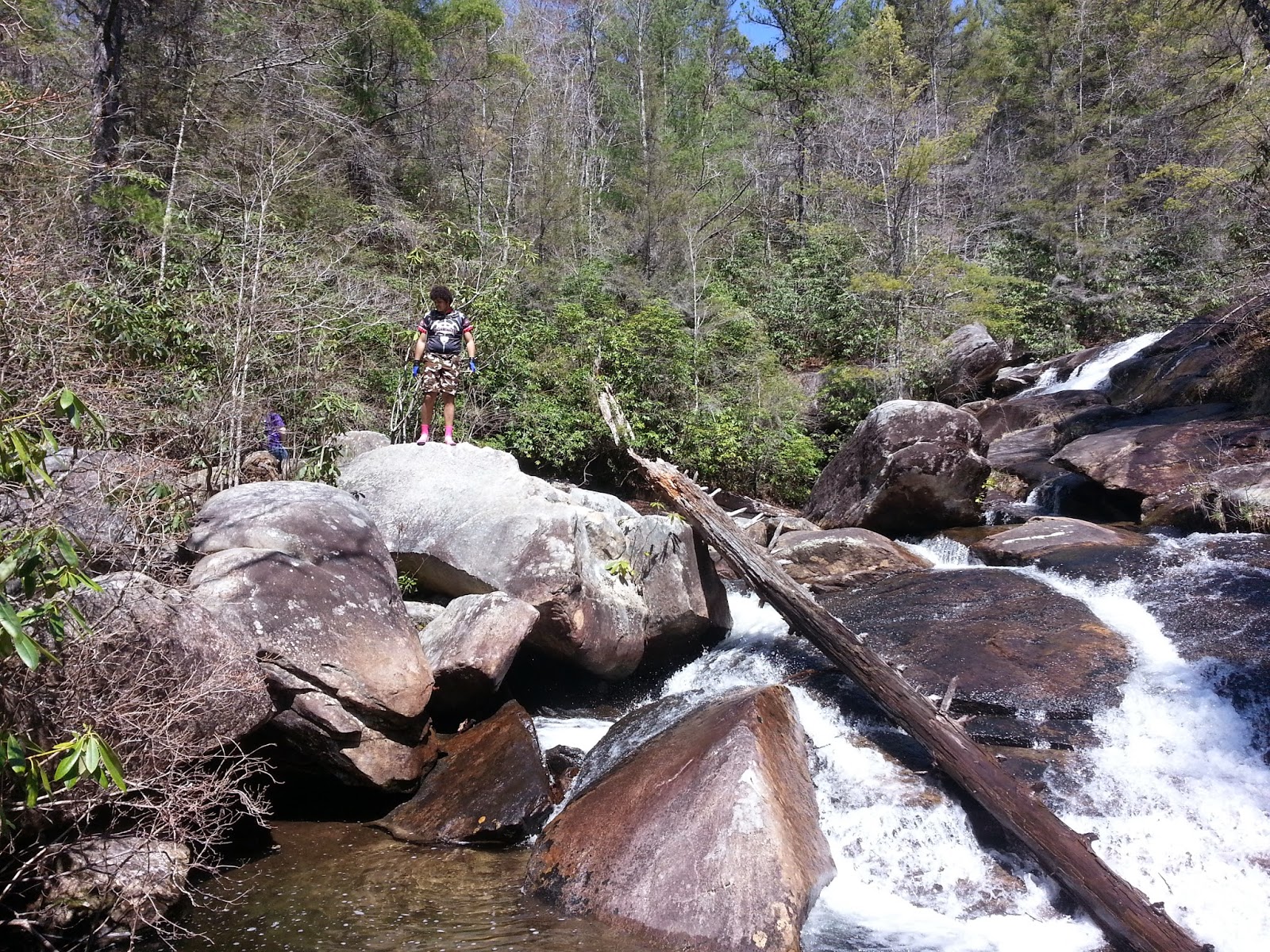 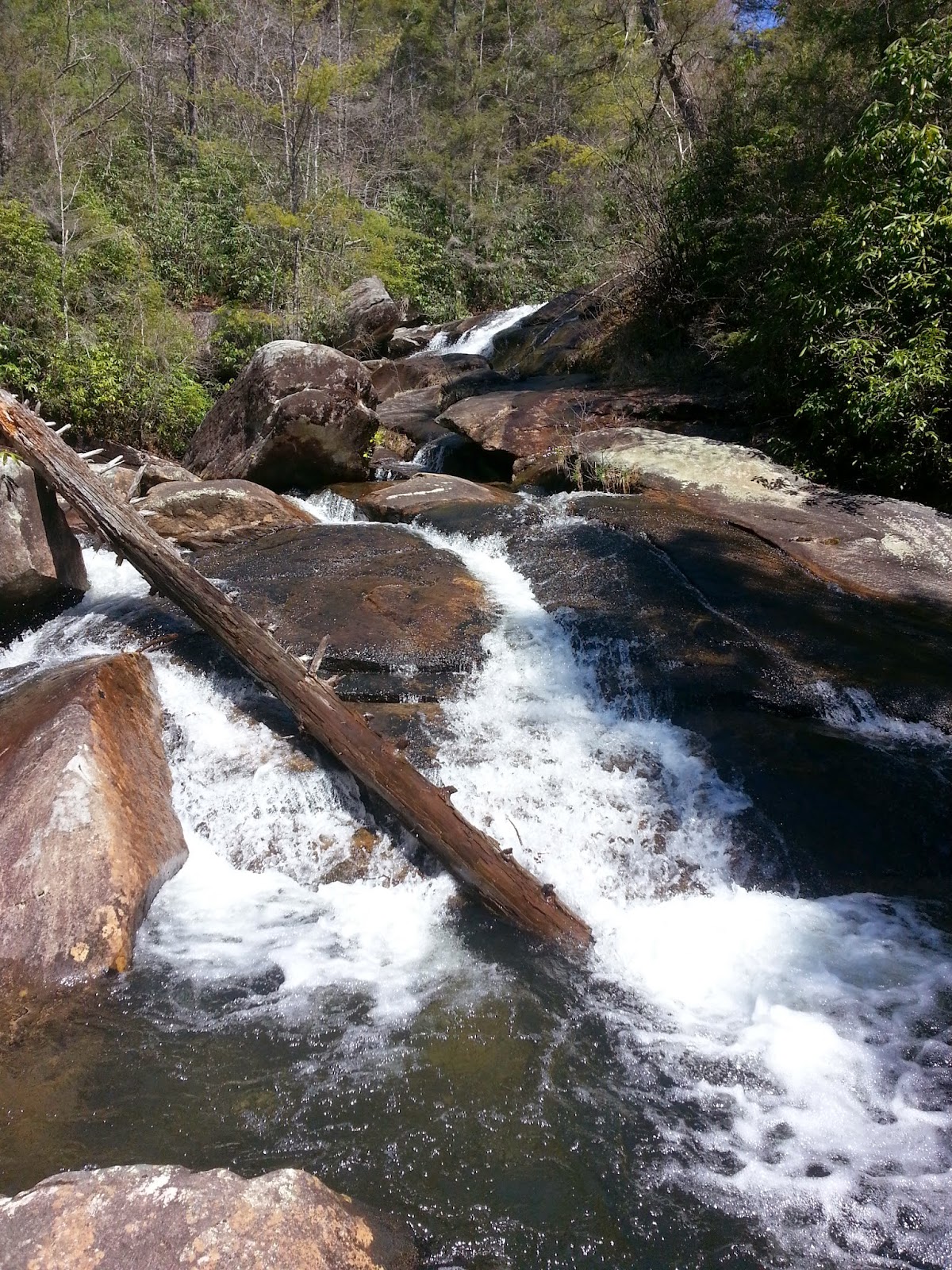 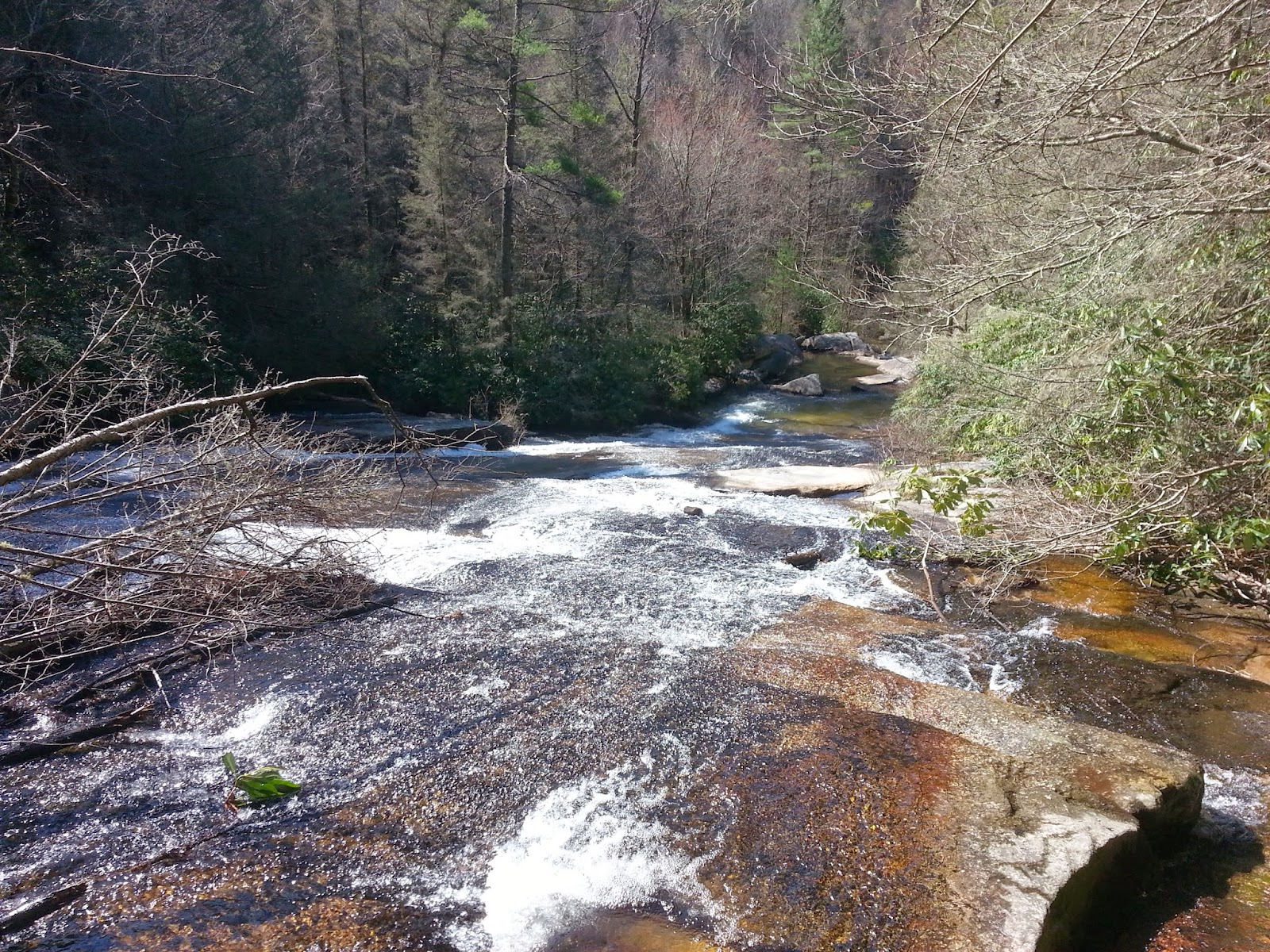 We played around on the skills area: 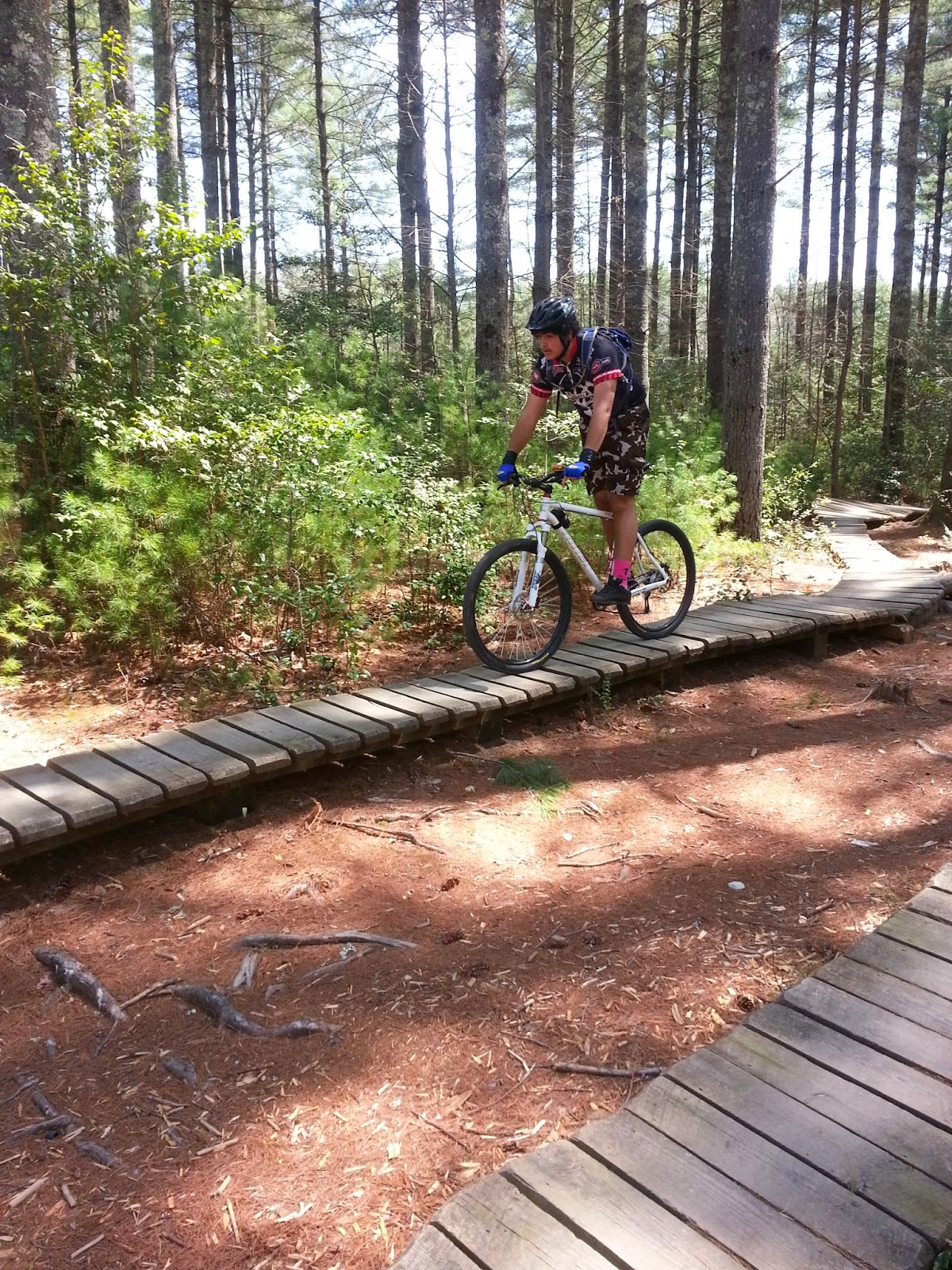 And even bombed down Ridgeline: 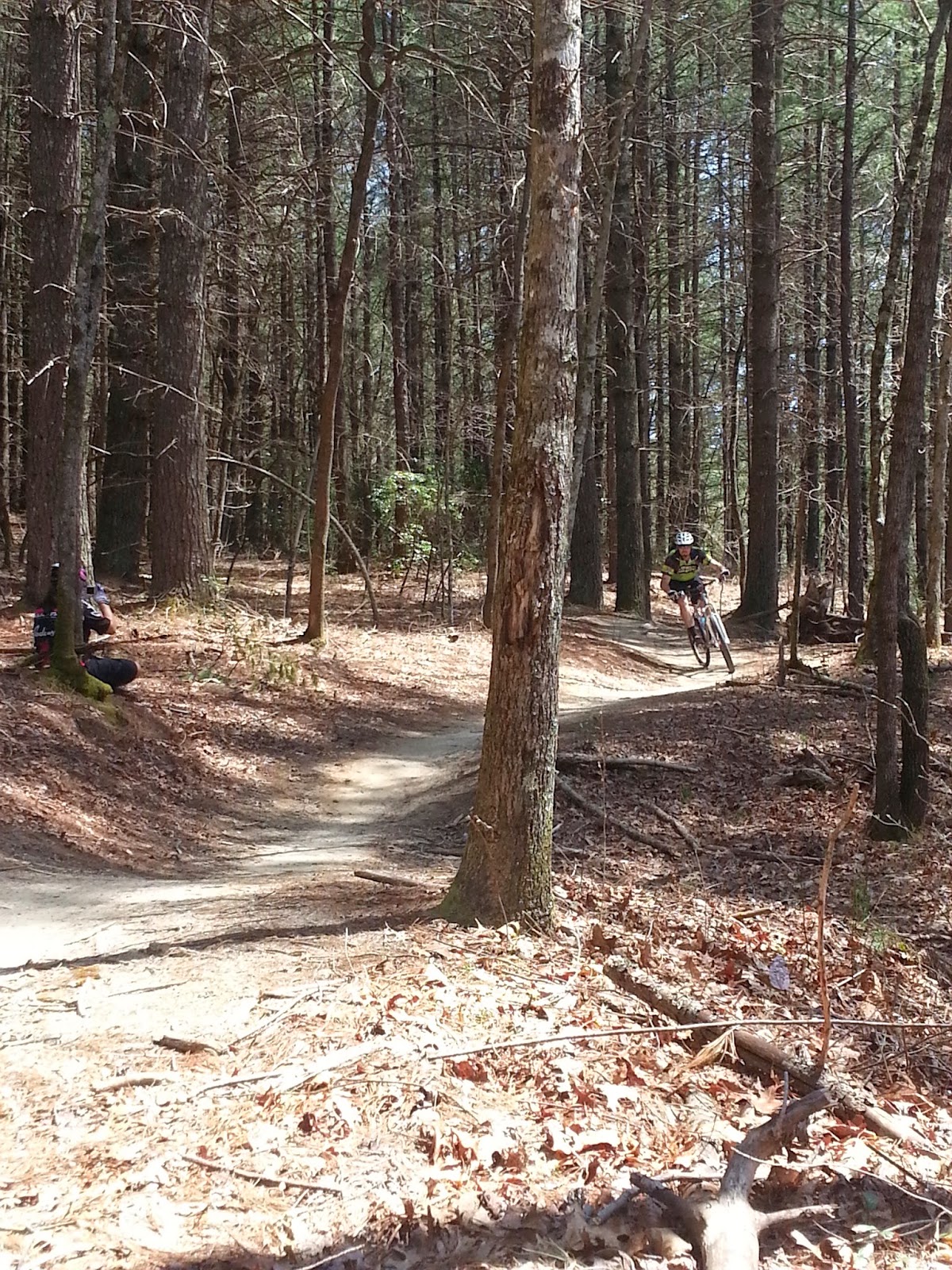 
After that the group broke up to get in some more mileage (or get a head start on drinking beer), so a few up us climbed back up another trail just so we could bomb Ridgeline again. Good Guy Greg took the pro line up. 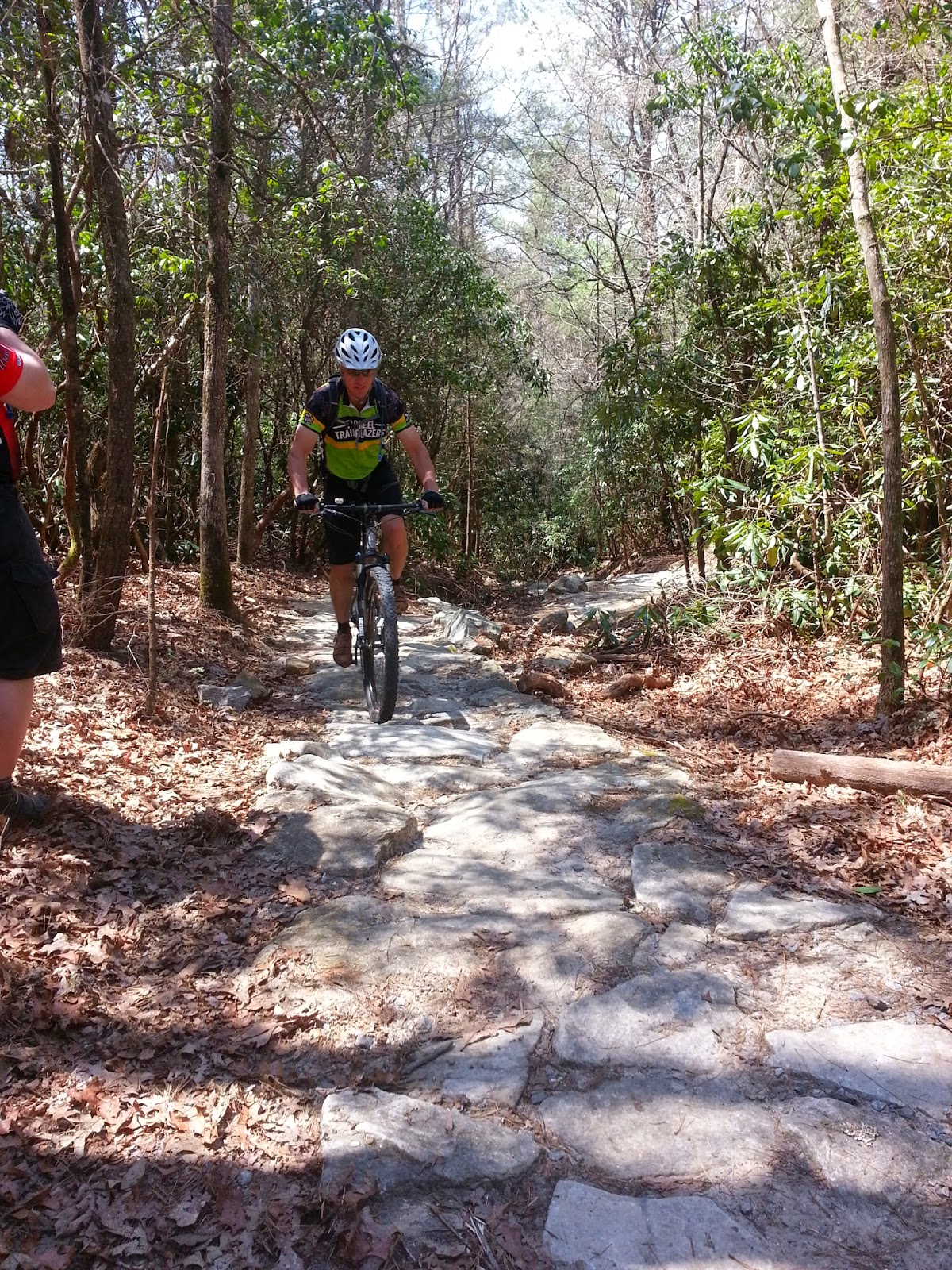 We headed back to The Hub (again), and then it was off to the campsite for some grub. 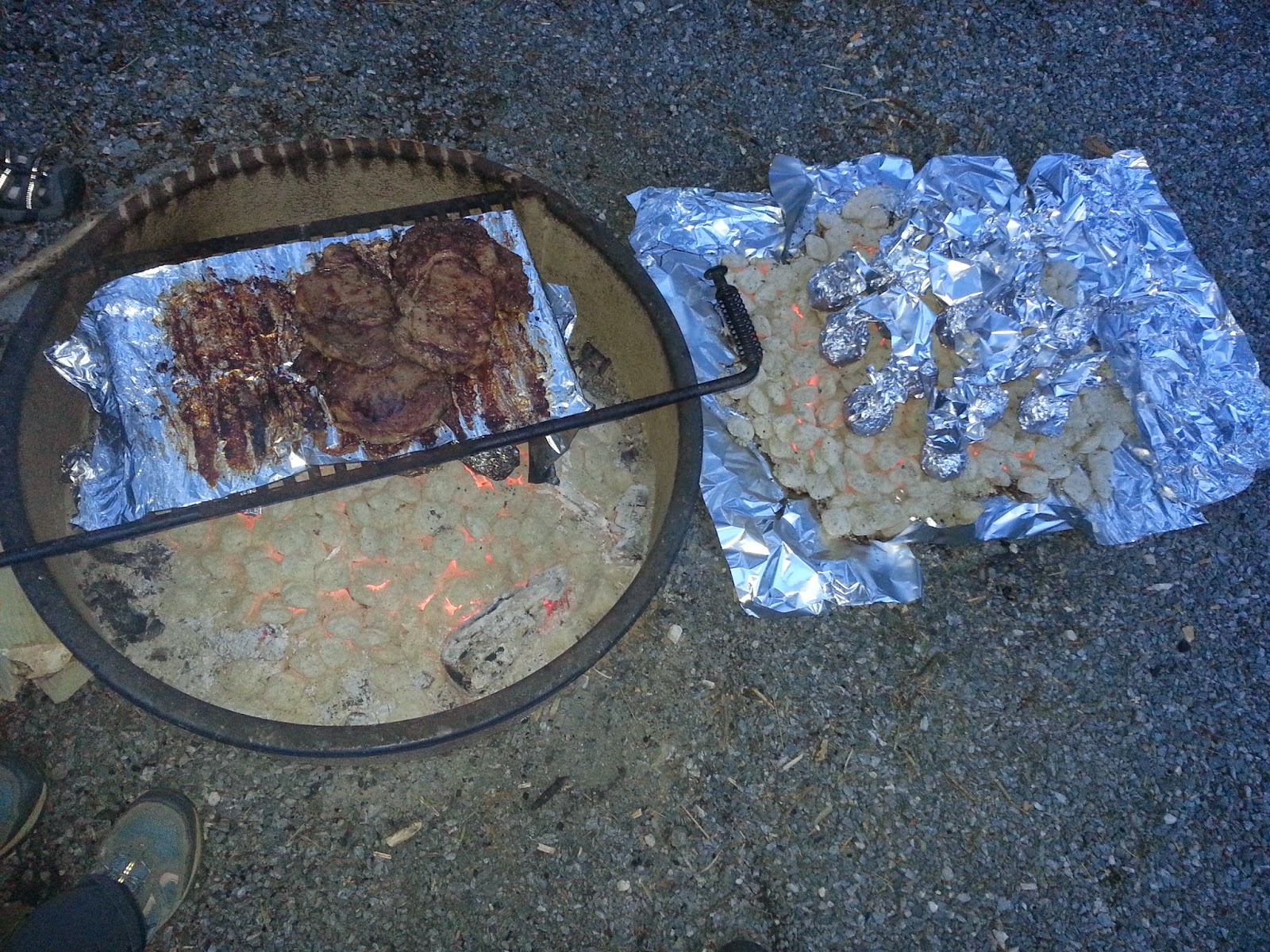 We had a good time on our first full day up in the hills. 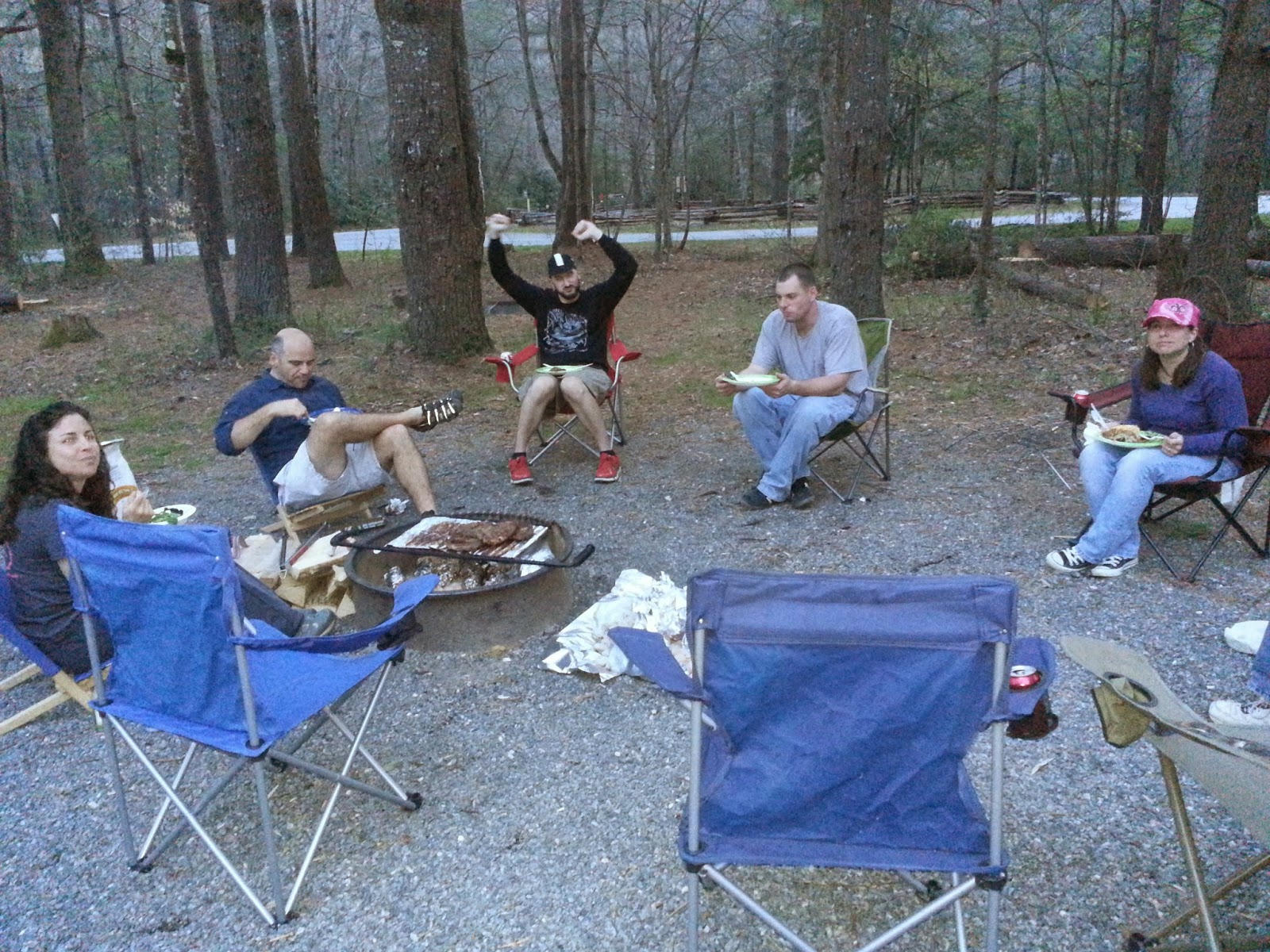 The next day would be even better.