I was looking forward to Friday all week.  Even though I had a ton of work to do, I escaped early enough to get to Good Guy Greg's house so we could ride from there to the April Birthday Pub Crawl.  Eastwood showed up and we rolled out, hoping that the forecast-ed rain would hold off until later.

It didn't.  It sprinkled at first, but eventually it started coming down pretty good.  We arrived at the first stop (Triple C Brewery) soaking wet. We joined the rest of the crew and had some beer. 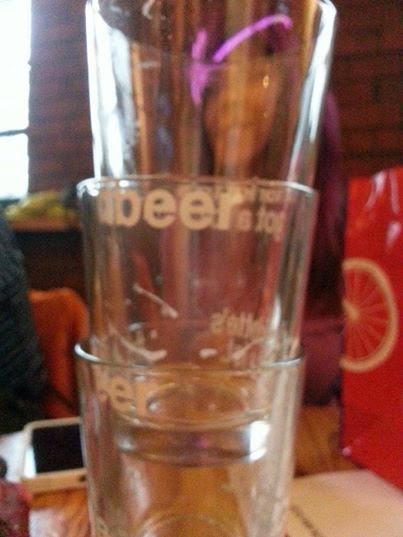 Soon, it was time to roll to the next destination.  It was raining harder, but being with a group of friends made it suck much less than normal.  We had a great time riding, and eventually made it to our second stop.  More beer, and even some food this time.

We were pretty wet though. 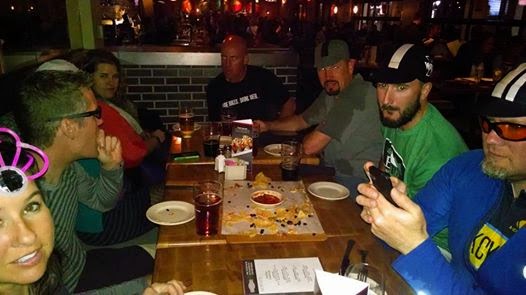 At least we got to watch the Butterfly King (Eastwood) get crowned. 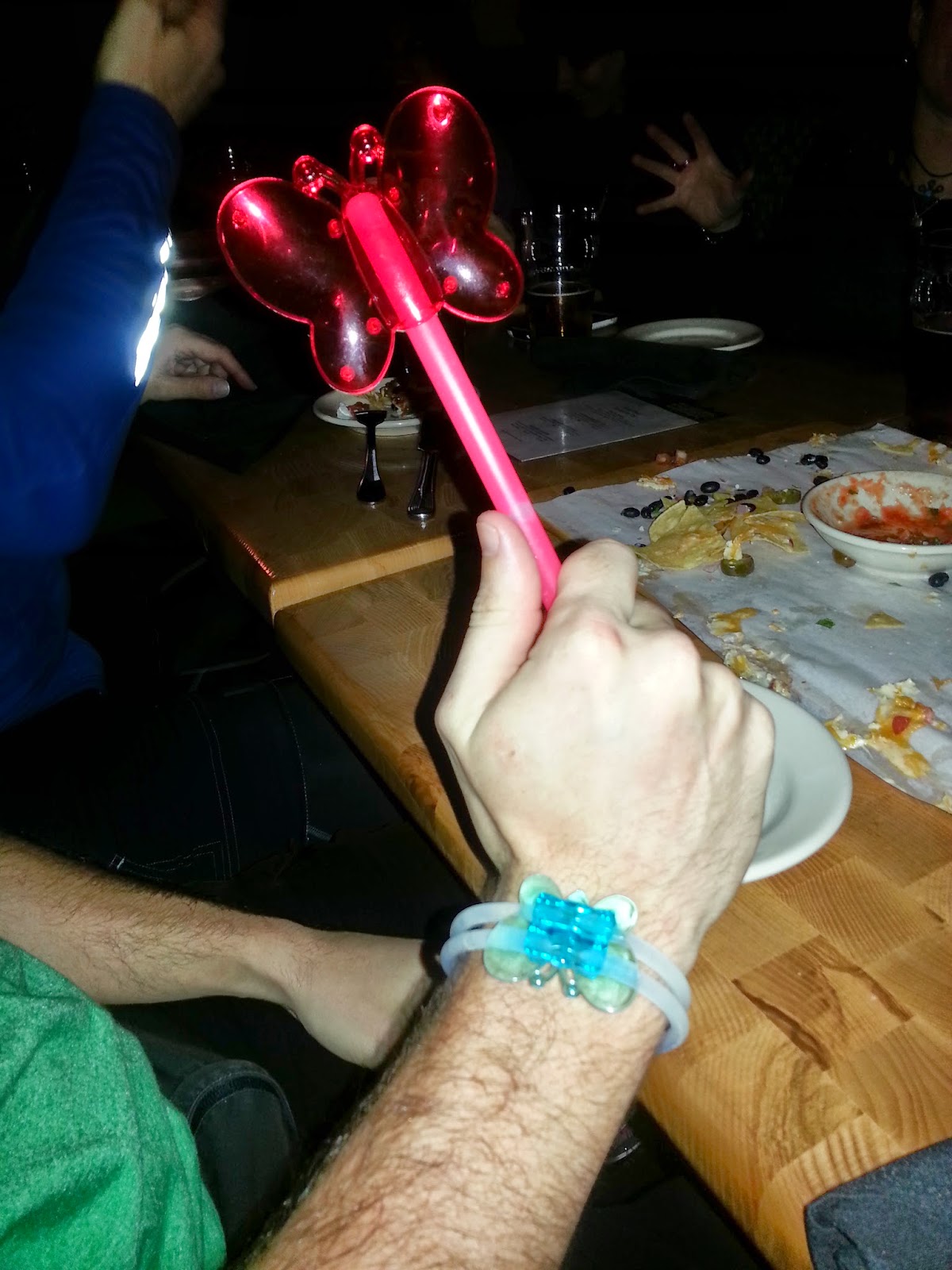 And I crashed a photo of a bachelorette party crashing. 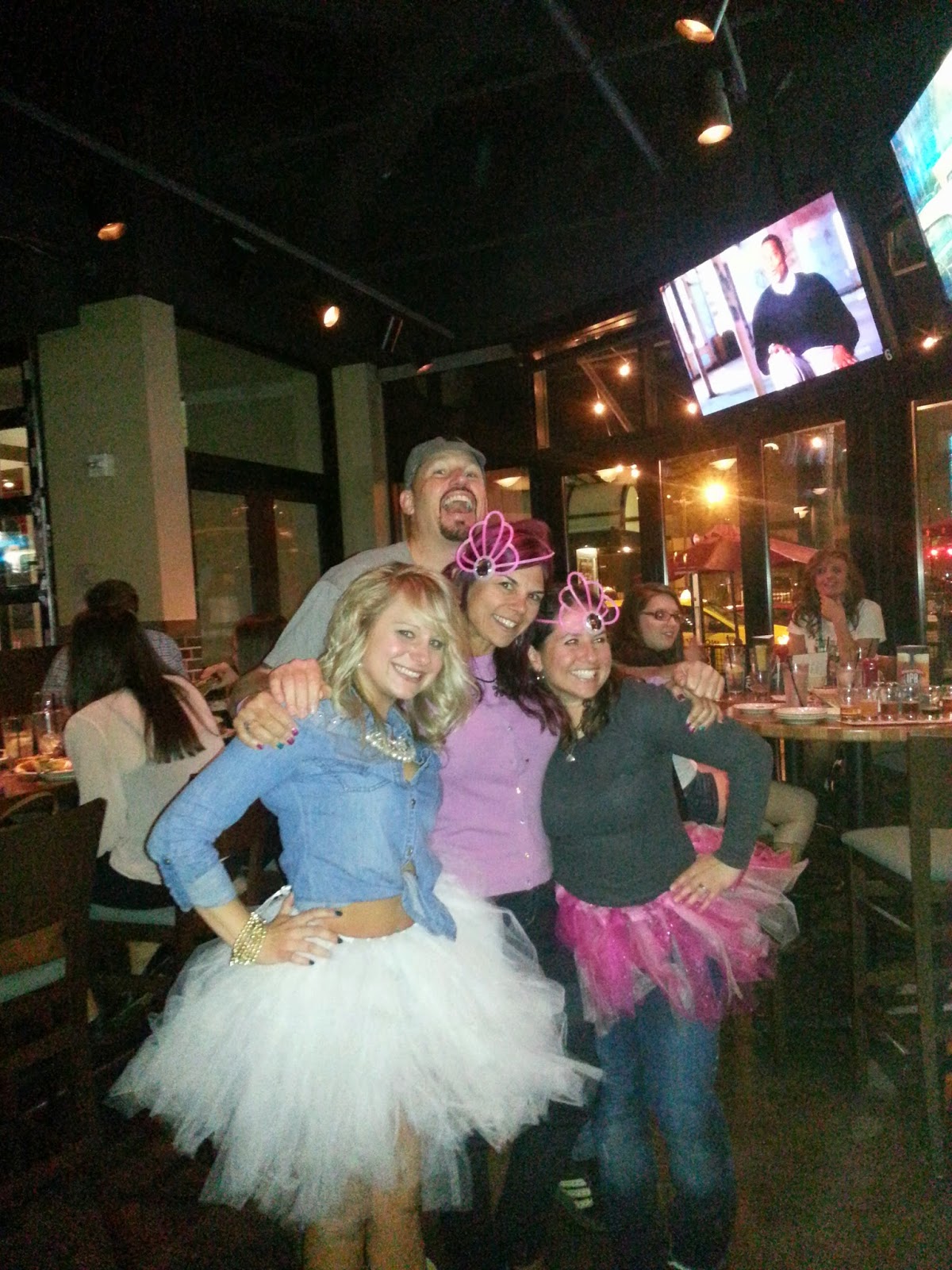 We were behind schedule, and some folks took off quick to get to the next destination before they closed.  The rest of us tried to figured out where we were going, since it was raining harder and there were more stops on the way.  Some folks made arrangements to get a ride to the next few stops, and some just decided to call it a night. 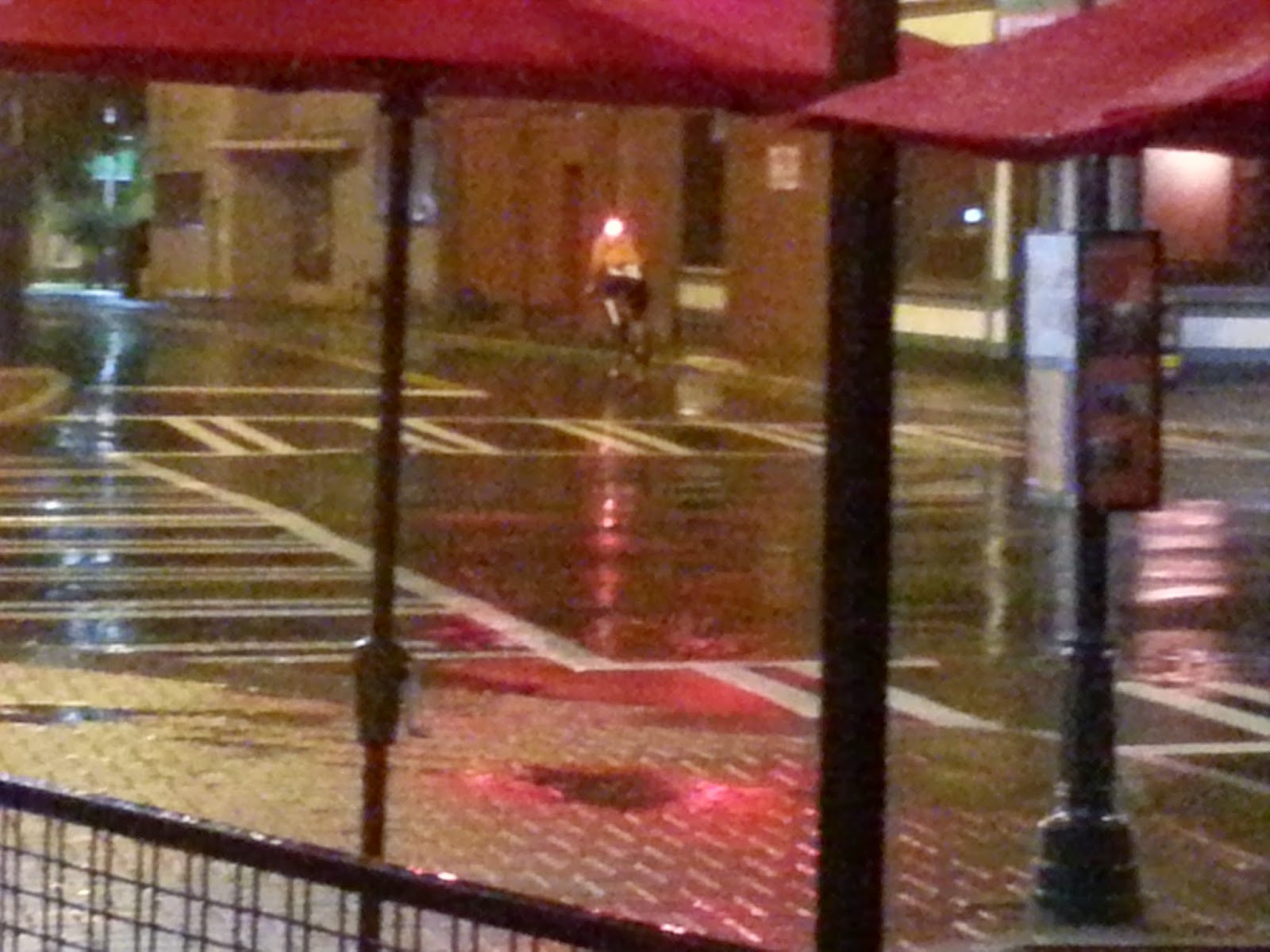 When I saw Eastwood riding away in the rain, I realized that I didn't feel like being in the cold rain anymore.  The little lady had the same idea, so we started to ride back to where she parked.  It wasn't far, but along the way I decided that I wanted to get it over with and kept going all the way back to Good Guy Greg's house (he was at one of the other stops.)

It was a long ride (on a Klunker no less), but eventually I made it.  I wasn't drunk enough (or at all) to make riding in the cold rain at night fun, so my evening ended there.  I loaded up my truck, cranked up the heat, and drove home.

It was fun while it lasted, and actually it was a pretty good way to spend a Friday night.  I just didn't feel like spending all night out in the cold rain.  Especially since I was already coming down with a cold.