I'd almost forgotten how much fun the 6 Hours of Warrior Creek was.  Almost.

I could barely contain my excitement. Unlike Mike Pierce, who was full of emotion. 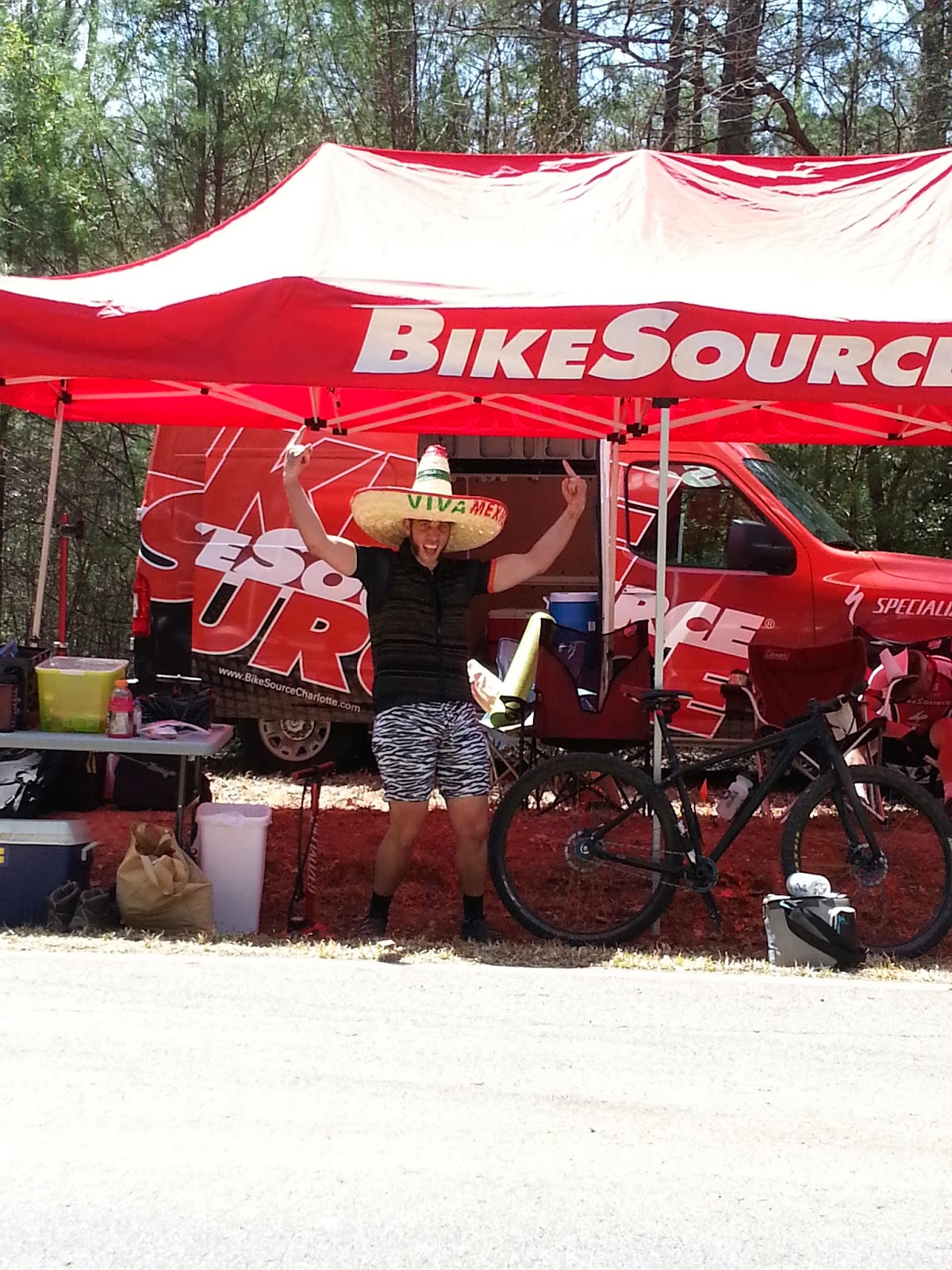 This was my fifth year doing this event (I missed the very first one), and every year my goal is just to have fun.  After the pre-race meeting, I finished getting ready and headed over to the start.  I lined up near the back, figuring that since I was on a single speed I wouldn't be able to keep up on the parade lap into the woods.  Once we started, I got into “race mode”, and worked a little harder than I should have to gain a few positions. 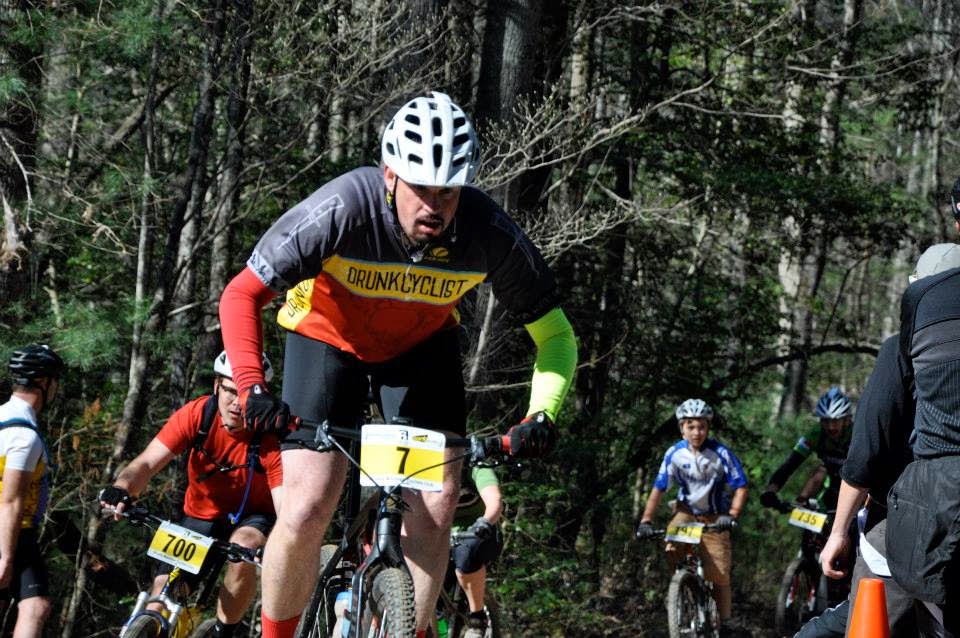 I gained quite a few places, and once we got into the singletrack I was feeling pretty good.  A couple of miles in though, I lost a water bottle.  Normally that wouldn't be a big deal, except for the fact that it was early in the race and the bottle was full.  I decided to stop to get it, losing a bunch of spots in the process.  Since I was feeling good, I worked really hard to get back to where I was.  I put in too much effort, because when I looked down I saw that my heart rate was 206.

I backed off a little bit until I got it down below 170.  Slow spinning when I could, and other times I just stood up and used my body weight to mash down the pedals. 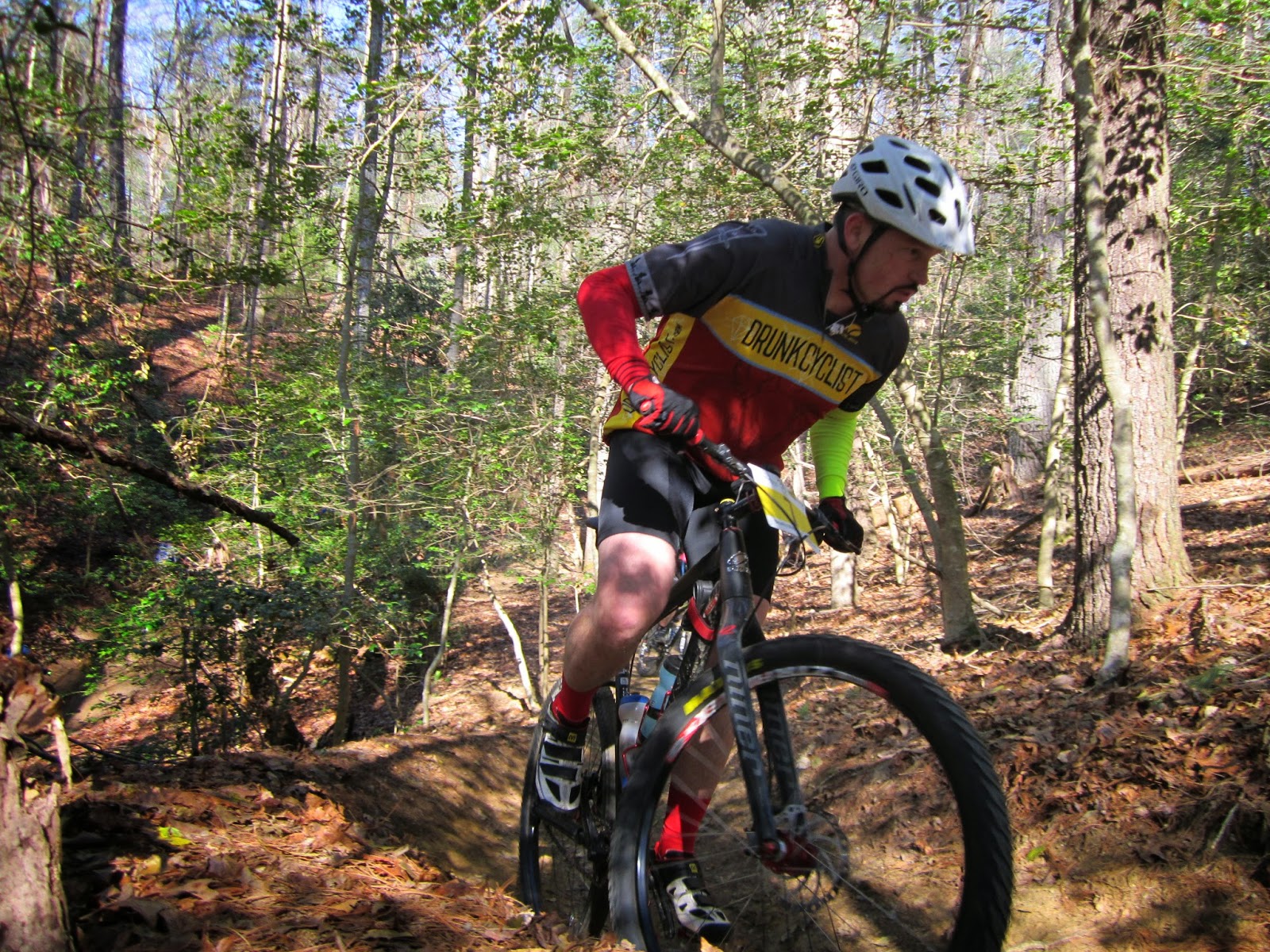 I eventually got everything under control, and had a decent lap.  The whole course is full of tons of berms and fast downhill sections, so it's a blast to ride.  There is a good amount of climbing, but you don't notice it until you've been out there a while.  There are a couple of “technical” sections, and I had trouble getting through them due to other racers.  That first lap was pretty crowded, but I still had fun.  Before I knew it, I rode out of the woods and started heading for the start/finish line.

My goal was to keep pedaling.  That's it. Last year was the first time I'd raced there on a single speed, and I had to walk a few climbs on the first lap.  This time, I'd made it without walking (riding the same gear) and wanted to stay on the bike as long as possible.  I definitely felt strong, and while the climbs were tough I didn't get off and hoof it.

No big deal to you, but you're also not dragging 230 pounds up those climbs.

I passed a few people here and there on that lap, and a few more passed me (and they were very polite about it.)  Somewhere along the course (maybe halfway), Lunchbox was hiding behind a berm and got a photo of me doing my favorite thing... 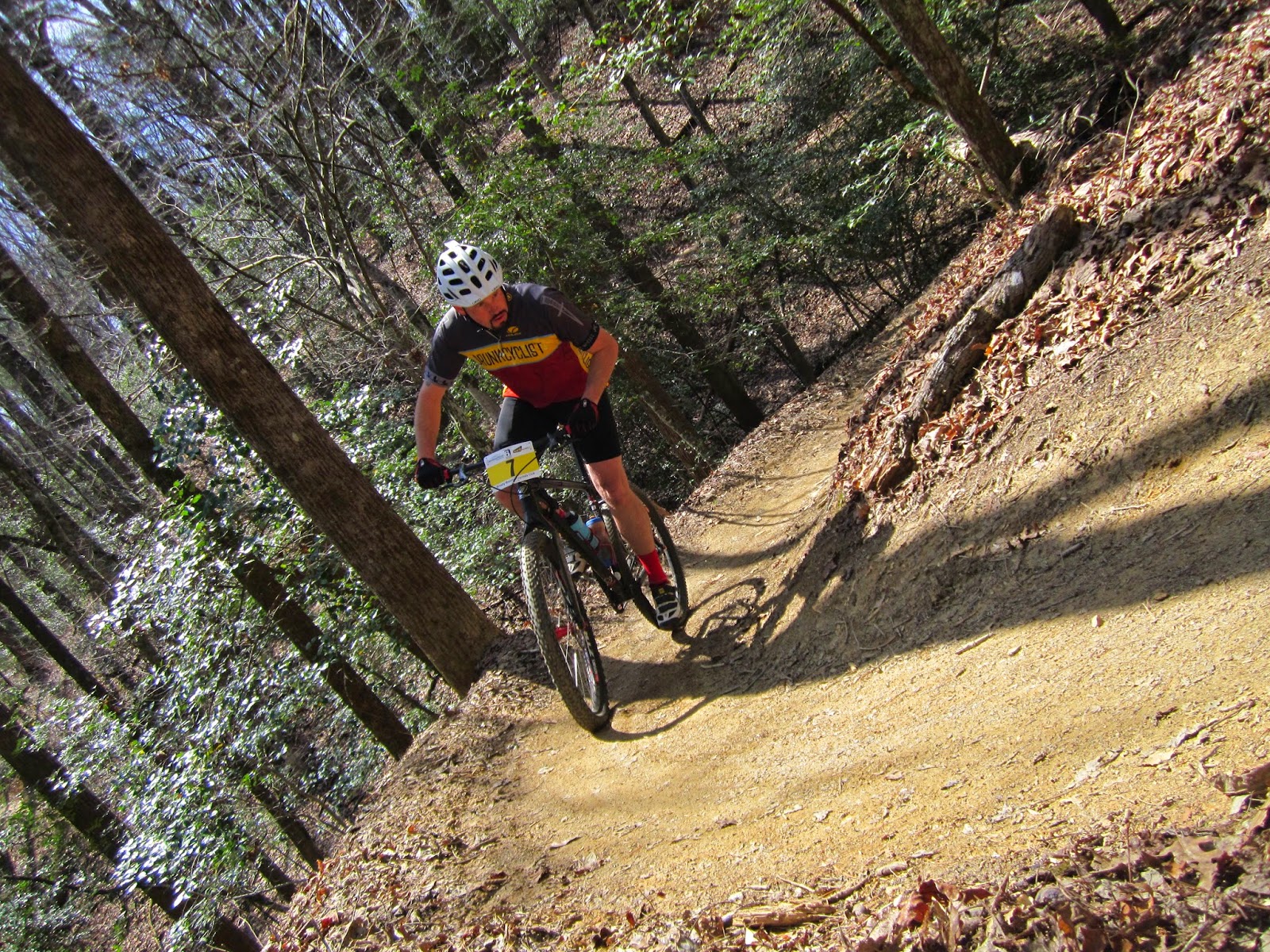 Even after all that effort I felt strong, and my legs were only a little tired.  I couldn't believe that I was still having fun.  I guess that's why I do this race every year.

Eventually the inevitable happened though, and my legs started cramping a little.  I handled it a little differently this time...

It worked.  I made it through that lap somehow, and once again I didn't have to walk.  The Warrior Creek trails make you work hard, and I sure as hell did.  I replenished my supplies and went out for another lap.

And I'll talk about that one tomorrow.