It's taken me quite a while, but my Klunker is finally finished.  Taking a 50+ year old bike frame and adding newer parts to it has been a challenge, but a fun one.  I didn't expect it to be beautiful, but neither did those guys in that video when they built theirs.

Just because you pour syrup on shit doesn't make it pancakes.

Anyway, here it is: 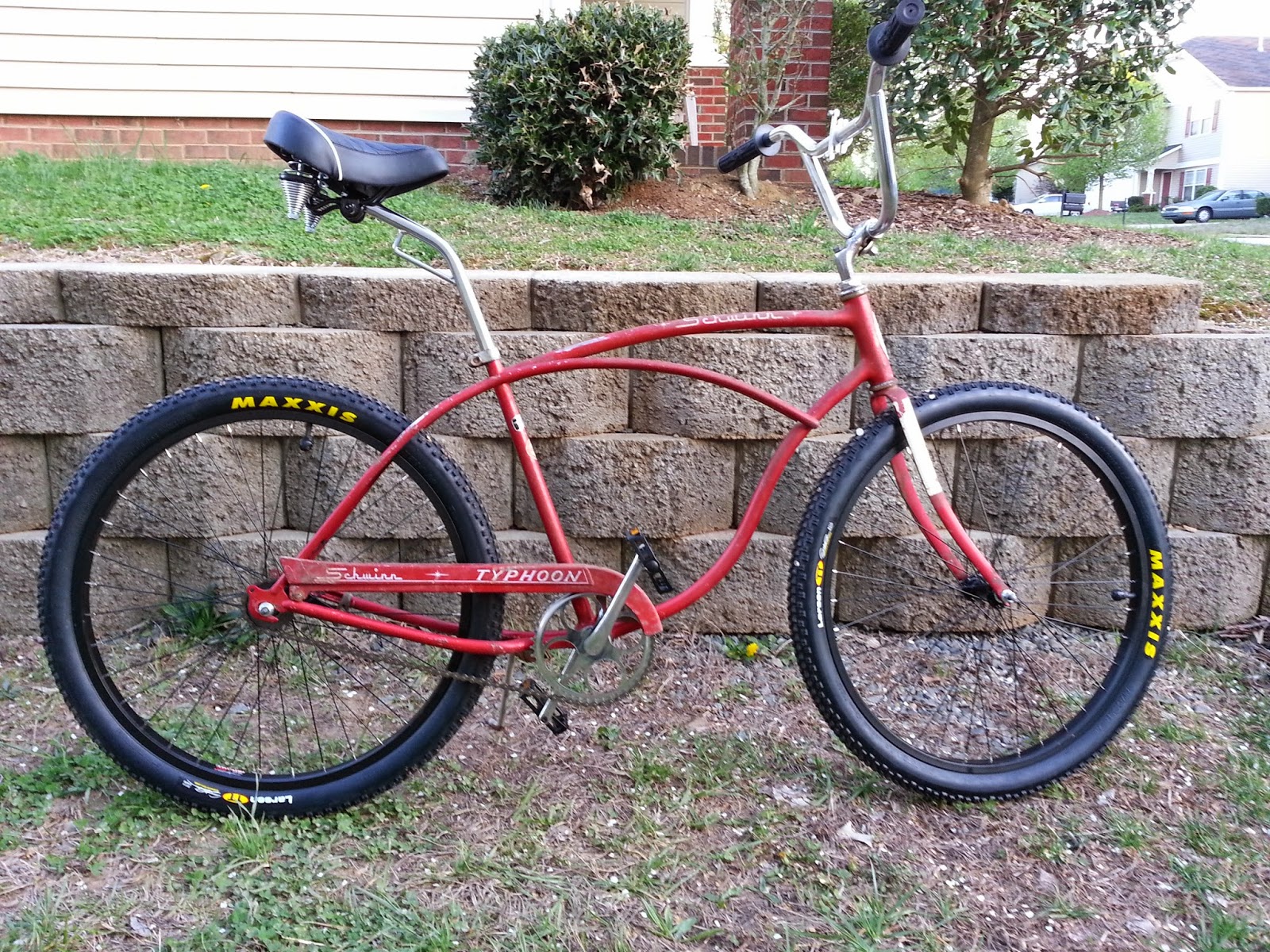 Not bad, I guess.  BMX style handlebars (courtesy of  The Hub), updated wheels ( from First Flight Bikes), and some real mountain bike tires (thanks to Maxxis.)  I had to order a new seatpost because the one I thought would work didn't, so I went with one of those aftermarket layback ones. I even found a new seat, which is plenty comfortable and wide enough to hold the biggest ass (like me.) 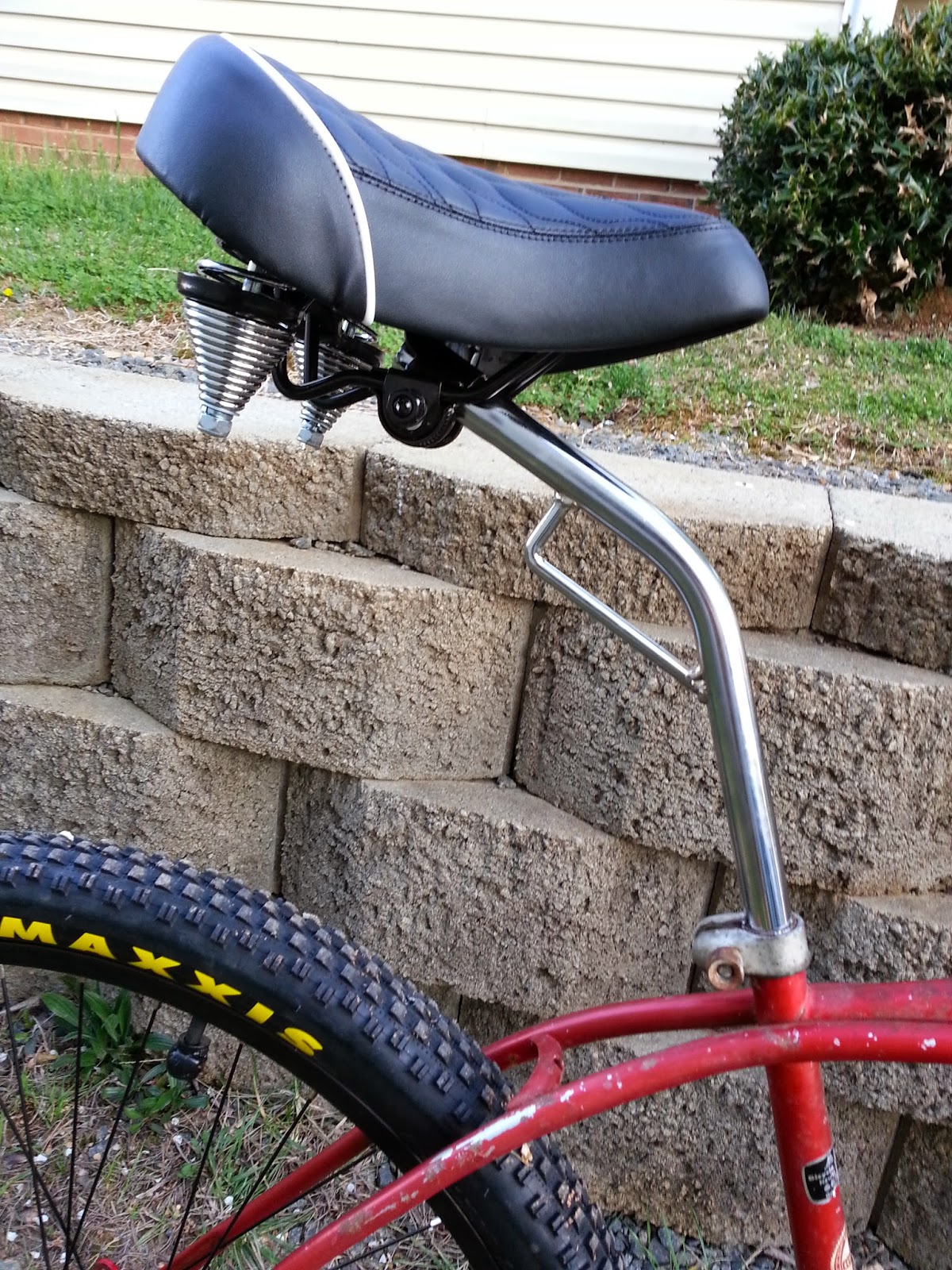 It actually rides better than it looks, which is to say that it's pretty damn awesome. 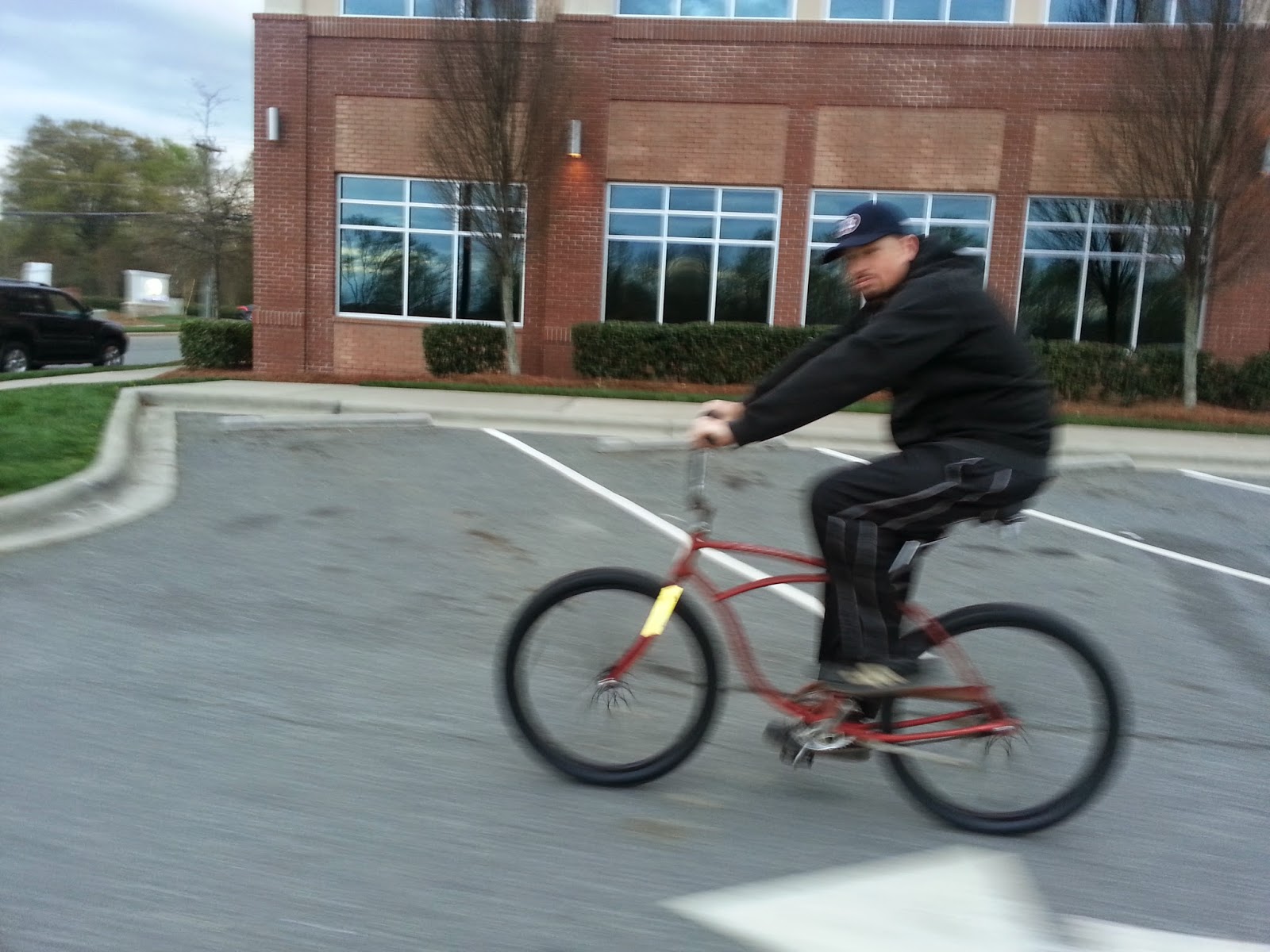 It's primarily a pub crawl bike, but yes, I will take it on a trail.  Probably not anything in Pisgah, because I'm not that dumb.  Something local for sure. It will be nice to ride a trail like our mountain biking forefathers, and I'm really looking forward to it.  It's been a long journey to make this piece of shit rideable after finding it in a barn on my in-laws' farm.  I had to modify a few things, squeeze together a few parts that didn't want to know each other in such a way, and search the Internets and bike shops high and low to find shit that would get this thing rolling.

Sure, I could've purchased a new cruiser bike for what I put into this one, but where the hell is the fun in that?  This bike has character, albeit a dirty, grimy, rusty, hippy one.

Perhaps the maiden trail voyage will be tonight after I get out of work.

Maybe.  I'm still not convinced that it's safe.  I know, that didn't stop the Marin County boys.