Sure, I was tired from working nearly twenty four hours straight over the weekend.  Who wouldn’t be?  When I finally got home Saturday evening I was a zombie.  I took a shower and tried to stay awake.  I played my guitar, folded some laundry, picked my nose…

Pretty much anything that would keep me from sleeping.

Eventually I was out for the night.  The plan was to get up early Sunday morning for the last race in the 2014 Charlotte Youth Cycling League.  I woke up on time, but couldn’t drag my ass outta bed.  I was disappoint, because I really like being out there to help the kids.  It’s the only race I missed in the series, so I guess it wasn’t so bad.

I got up a little later in the morning, thinking I would go for a bike ride.  I just didn’t have the energy.  Instead, I decided to start crossing off some items on the “shit that needs to be done to the bikes” list.  I started with the little lady’s geared bike. 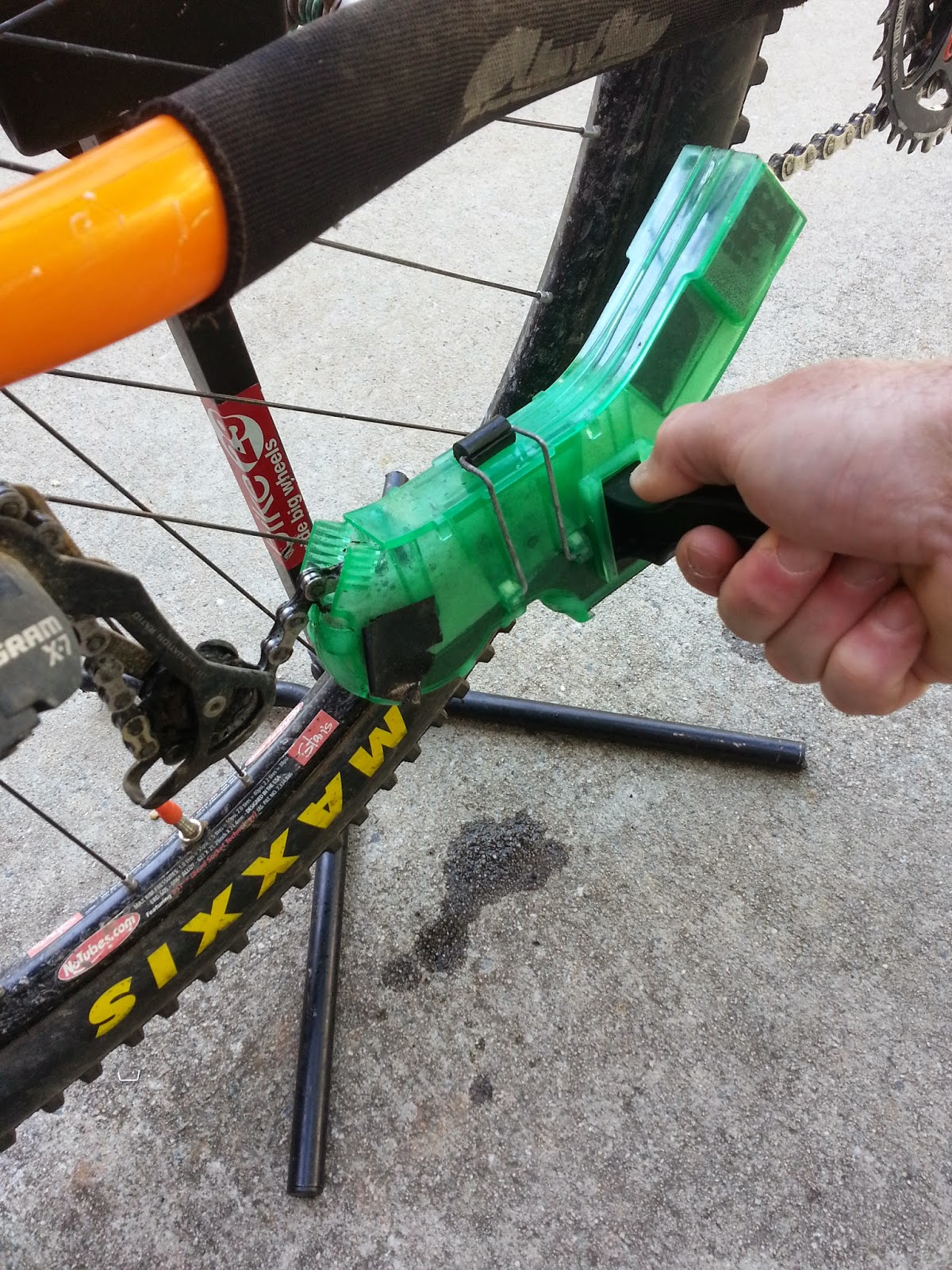 Nothing to see here.  Just a little chain cleaning.  Well, it was a little more than that.  Seems the last time she rode she broke one of the parts on her rear shifty thingy. 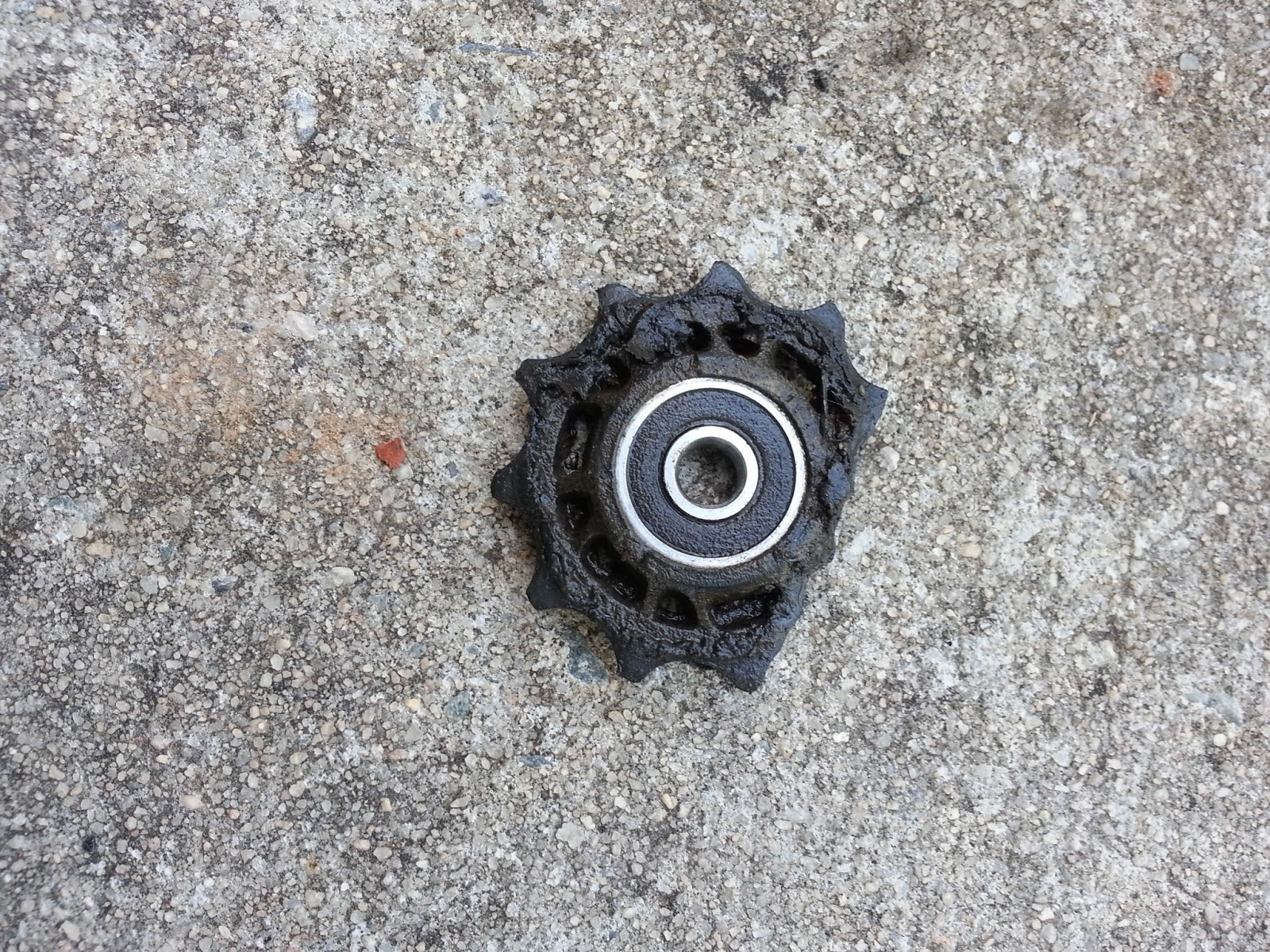 Luckily I bought some last weekend at The Cycle Path and installed them pretty quick.  After that it was time to lube the chain with a little ProGold. 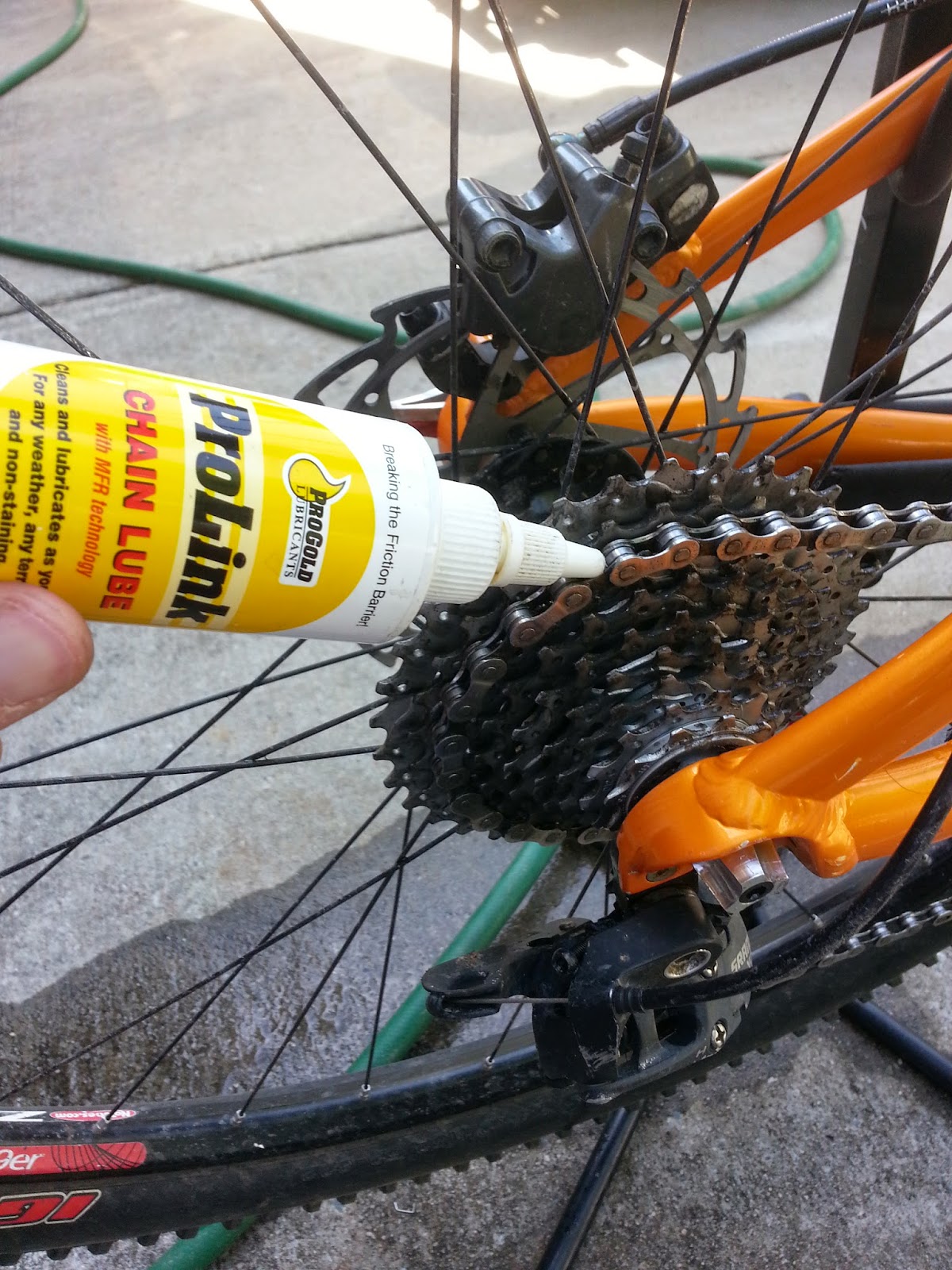 I know, this is so exciting.  You want more?  I washed Darth Maul, my “race” bike. 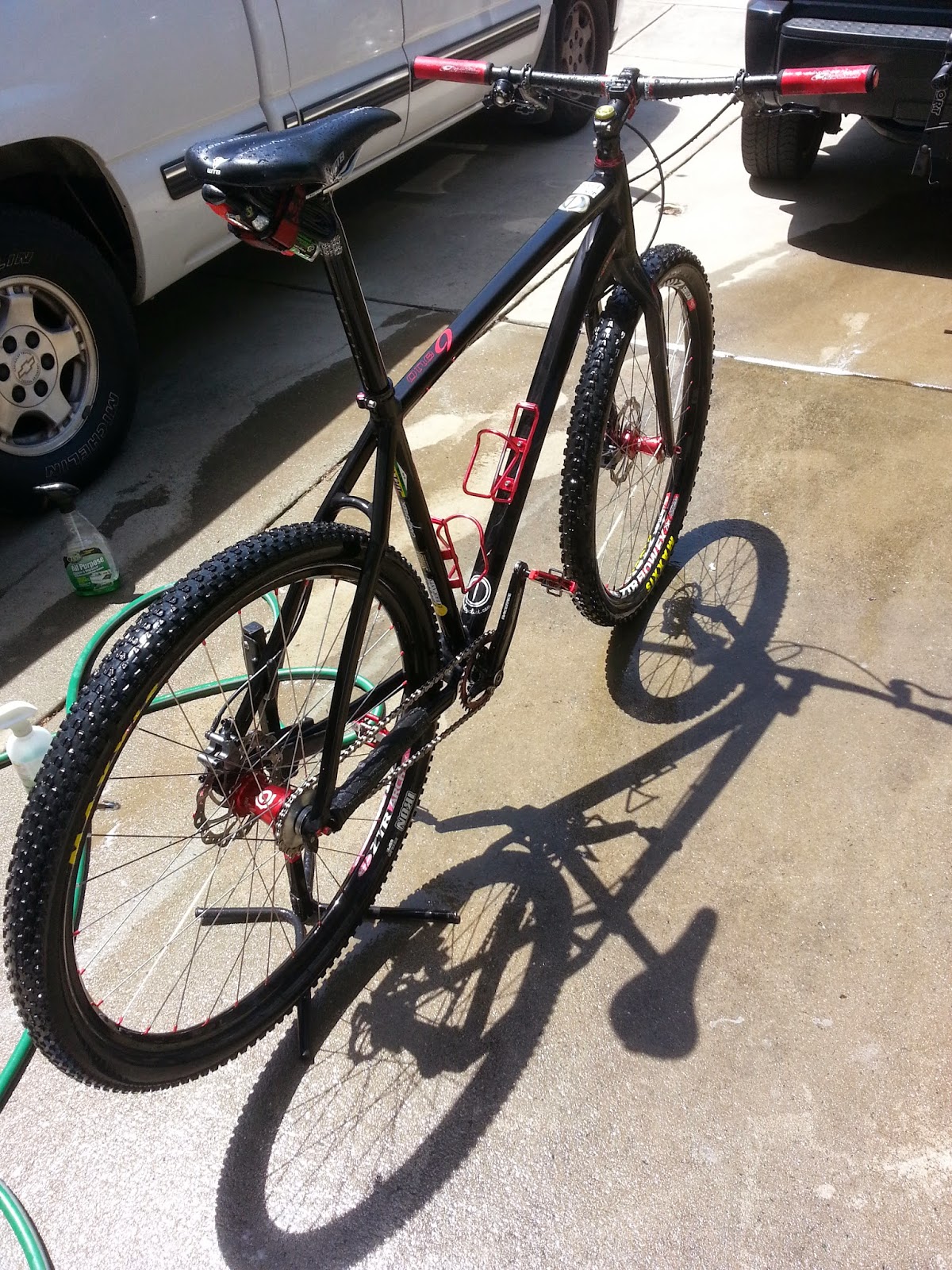 All shiny.  Like a mountain bike should never be.  I should get it dirty again soon.

I also washed The Executor (no photos, sorry), and by that time I felt like having a beer (or two.)  Did I feel like riding too?

Tomorrow I can get into that.  It’s been a long week at work so far and I need to ease back into this shit.
Posted by TheMutt at 7:35 AM