A bit of rain ruined my scheduled ride for Saturday, so I ended up doing something else (more about that tomorrow perhaps.)  So when Sunday came around I had to figure out something to do.  I didn’t really feel like driving somewhere to go ride my mountain bike so the only other option was a road ride.  Yuck.  I figured I could make an adventure out of it though, and the plan was to head into the city to keep things interesting.  First, I had to get out of the house.

It had been many moons since my last road ride, and when I went to grab the bike I noticed that the front tire was flat.  I inflated it and all the air came back out in a matter of minutes.  “No big deal” I thought, and grabbed a brand new tube.  I checked the tire and rim for anything that may have caused a flat, and satisfied that there was nothing I put the new tube in.  Lunchbox and I were standing there talking, and a minute or so later we heard a loud BOOM. 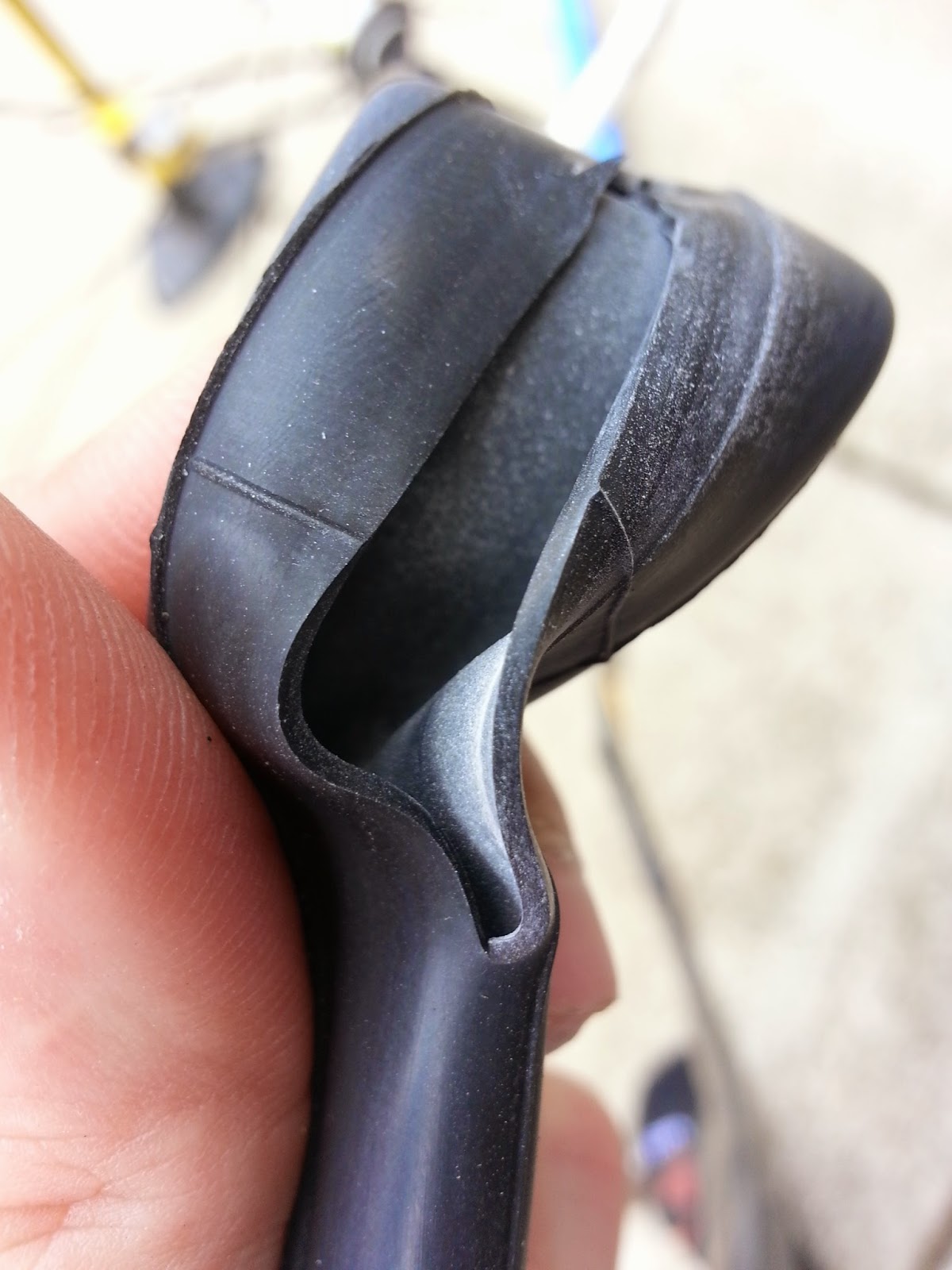 Shit.  I grabbed another tube, and right away noticed that it had a hole in it.  I discarded it and grabbed the last one I had.  Happy that everything was good, I put the front wheel back on and rolled out. 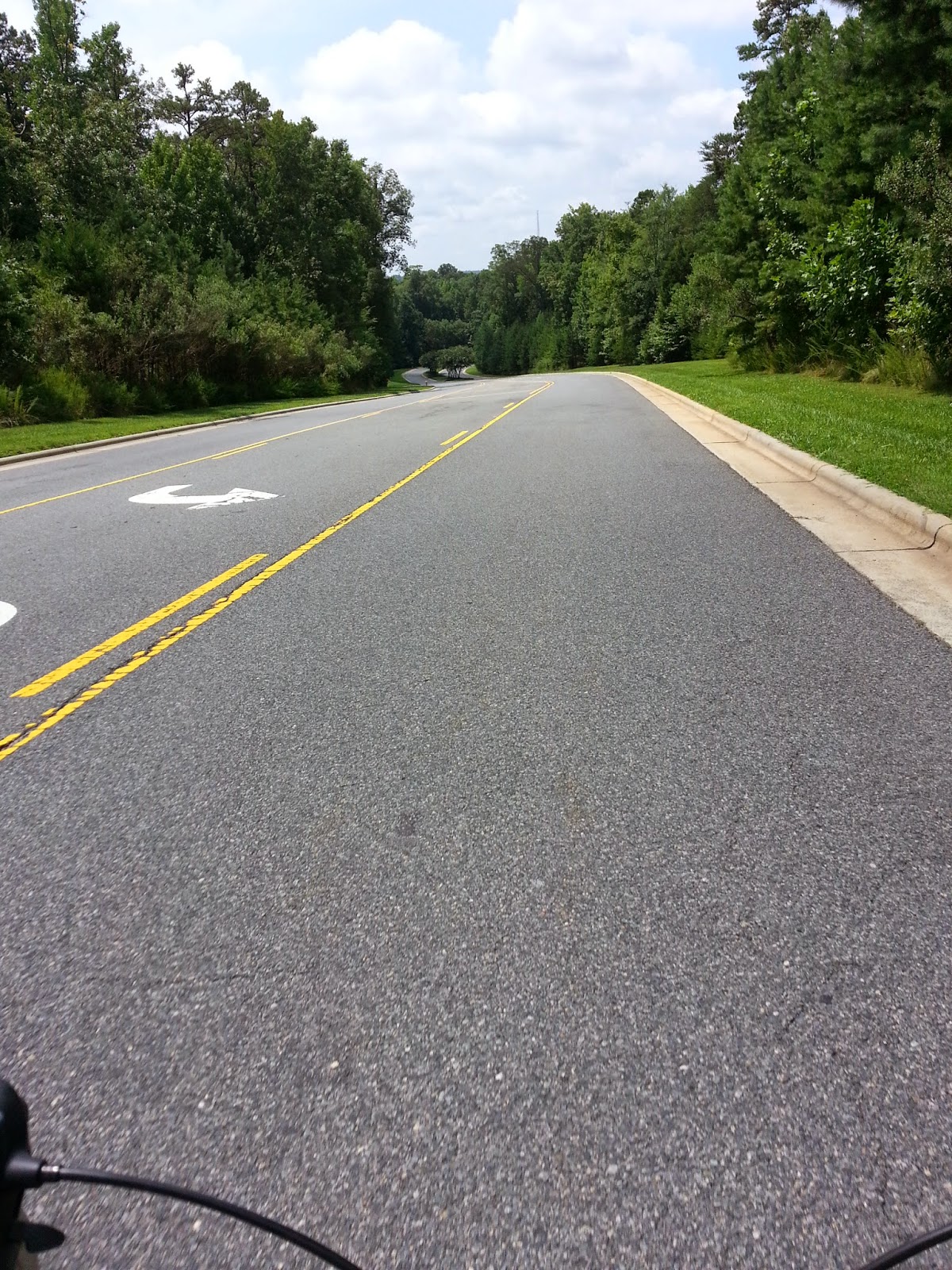 Since it was Sunday, the roads were pretty clear.  I took the back way into Uptown Charlotte, avoiding any major roads. 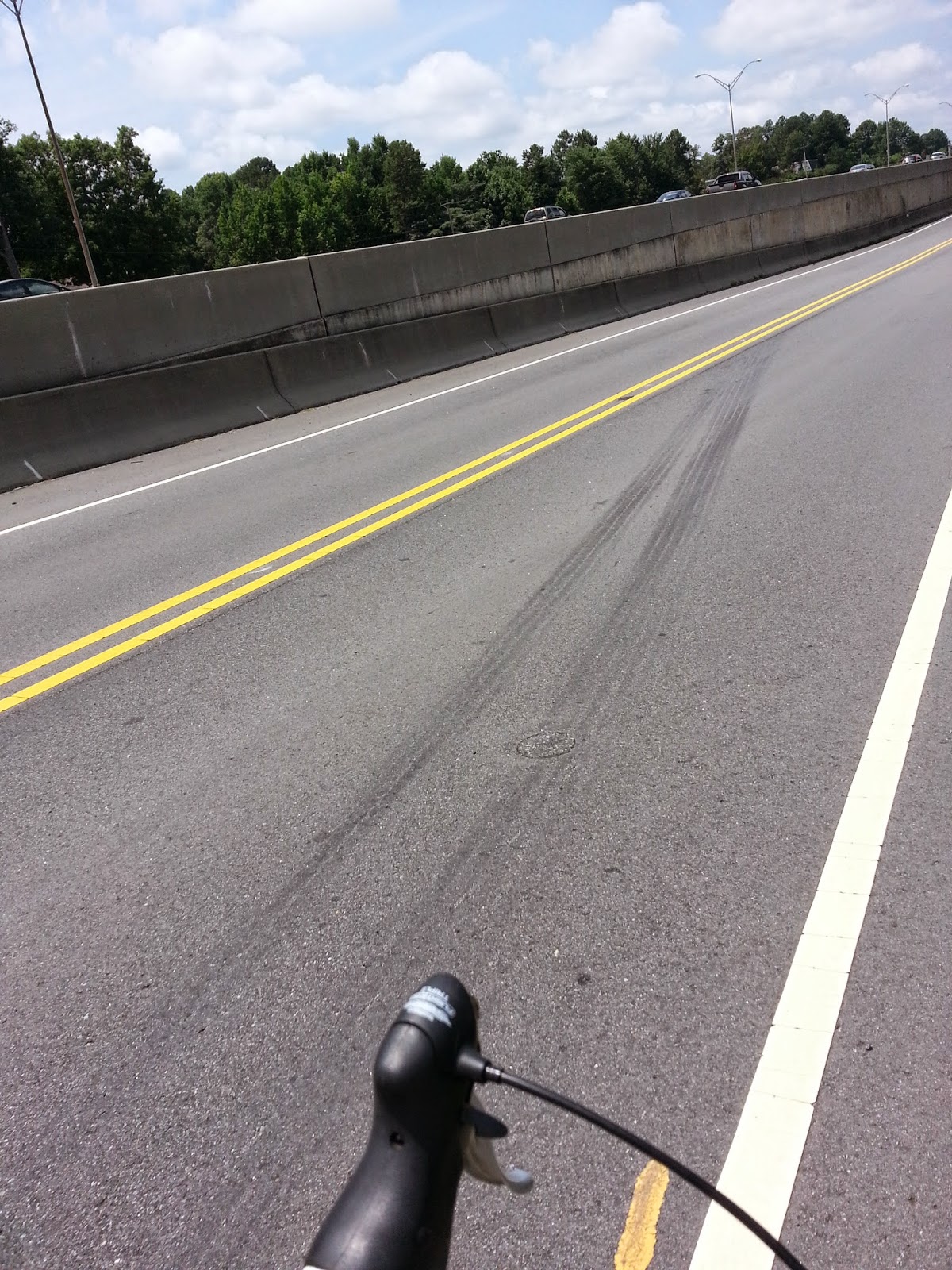 It was a pretty nice ride.  I rolled through the city, enjoying the near-empty roads and beautiful views.  Unsure where my ride would take me next, I headed south.  Suddenly, I spotted a brewery that beckoned me to pull over. 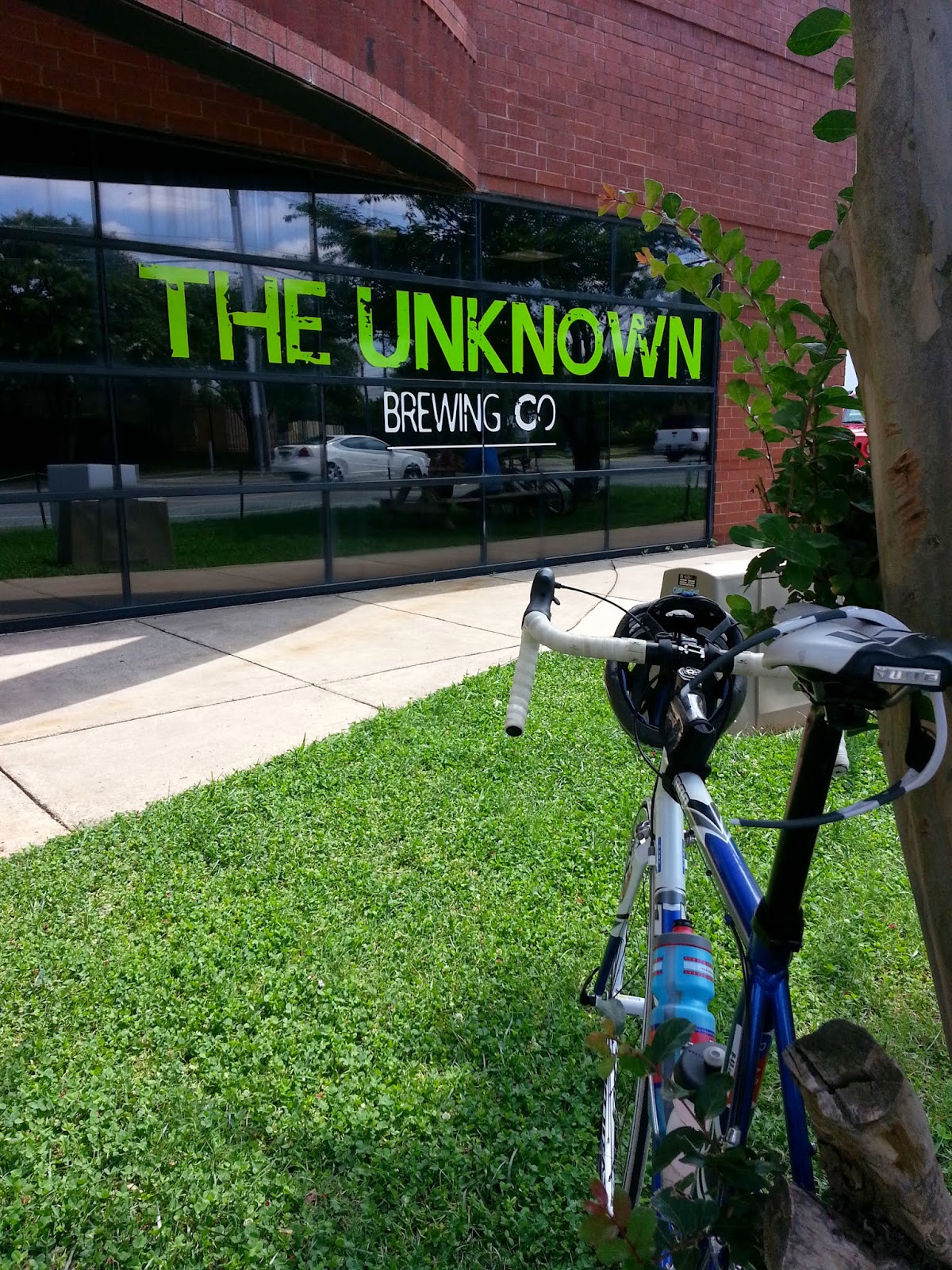 The Unknown Brewing Company, near Uptown, is one of our newest breweries here in .  I hadn’t tried anything from there yet, so fifteen miles into my bike ride seemed like the perfect time. 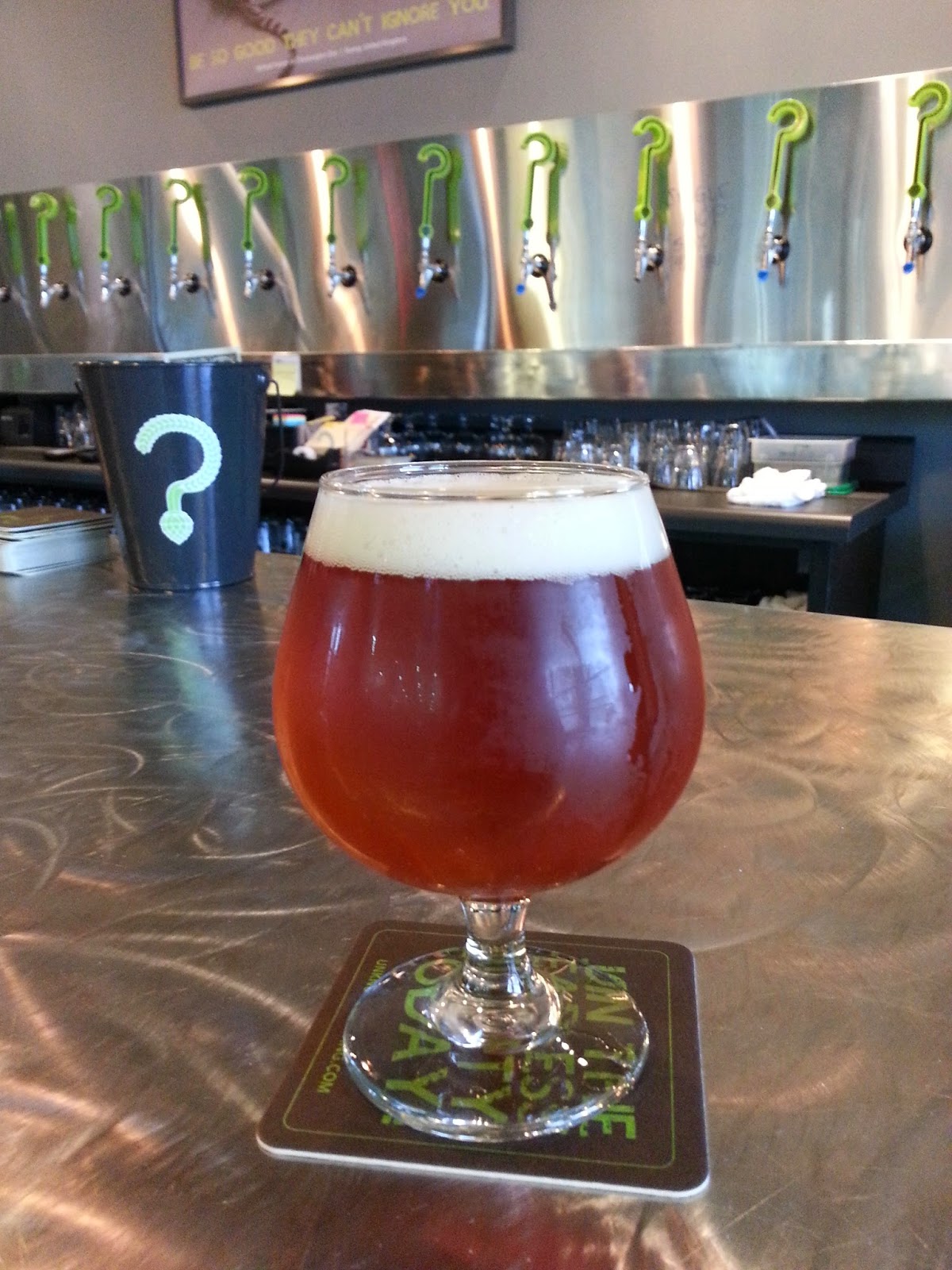 It was a single hop IPA, which was way on the Belgian side.  It was pretty good, but I couldn’t leave there without trying their flagship IPA, Over The Edge. 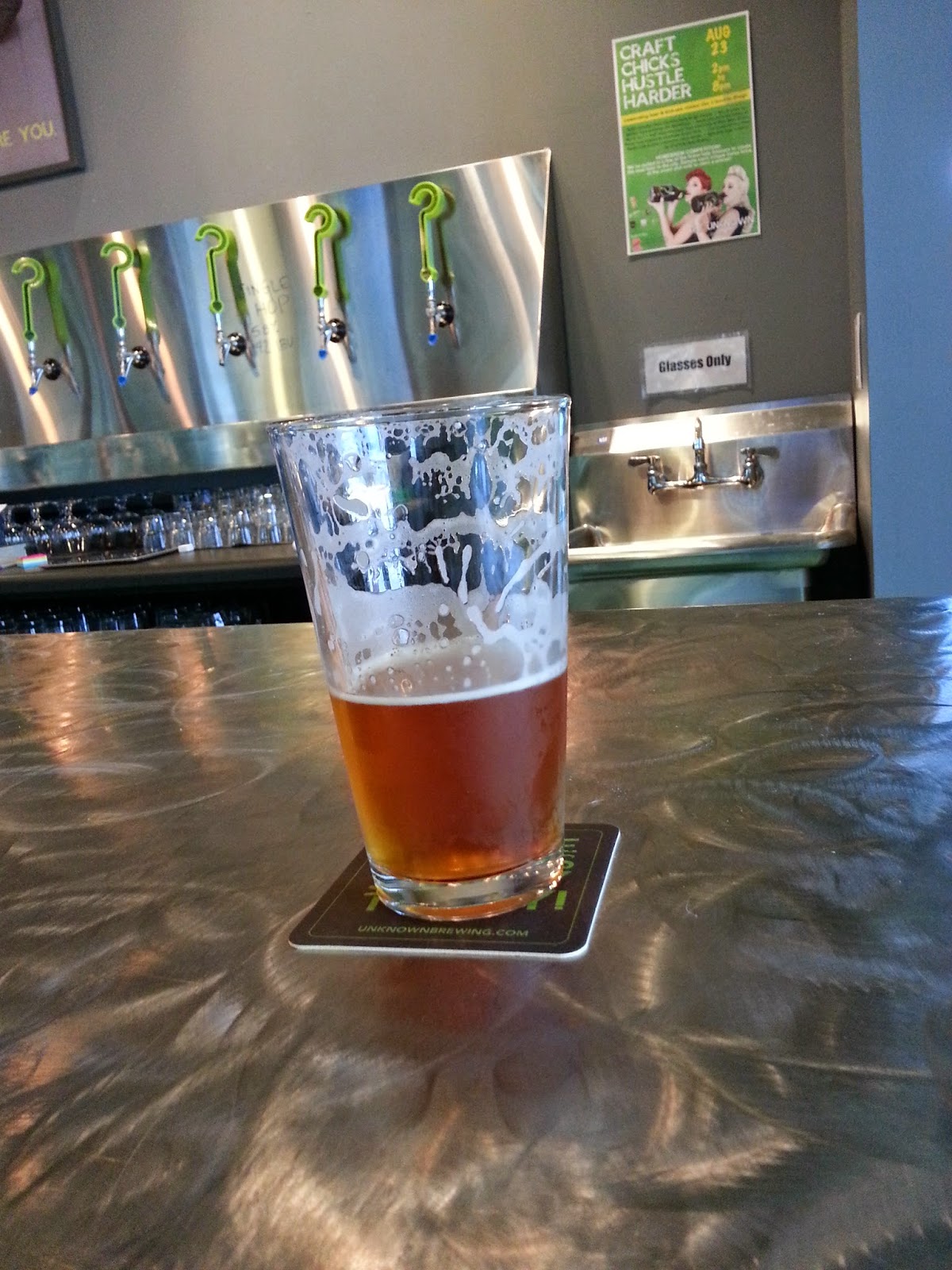 Much better. Bitter, hoppy, and delicious.  I will be back.

I decided that I should get back to my ride, but when I walked out to my bike I saw that the front tire was flat again.  Out of tubes, luckily I had some CO2.  I inflated the tired and hoped for the best.  Instead of doing the smart thing and going to a bike shop to get some spare tubes, I rolled back through the city to meet up with Eastwood. 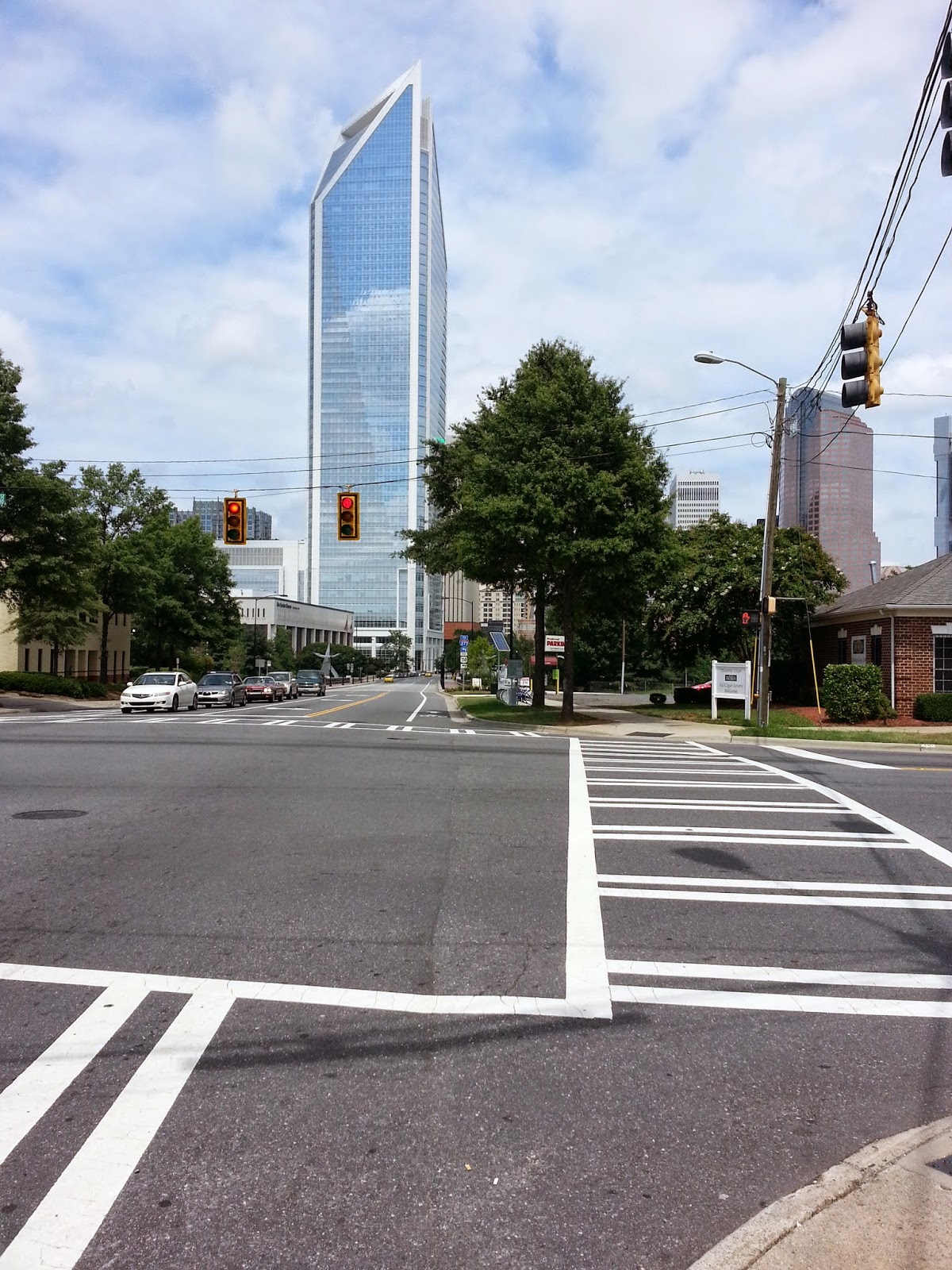 Just across town, Eastwood and I met up at another local beer place.  Sure I had more beer, but I had to eat too. 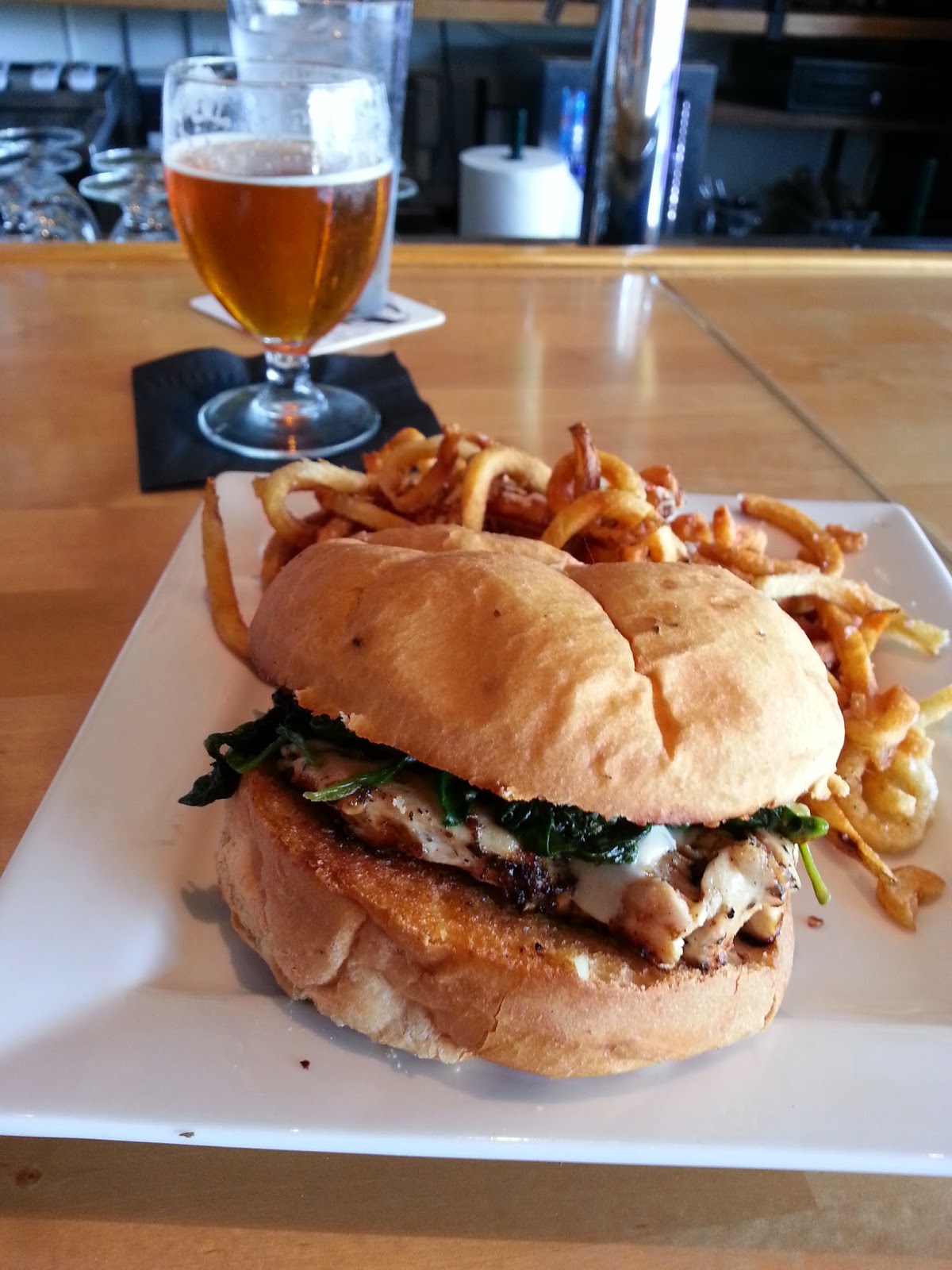 We hung out for a while, but I had to drag my ass back home.  I topped off my tire with air again and rolled out.  Instead of hammering out some serious miles, I was out to have fun.  I mean damn, I even wore baggies on the road bike. 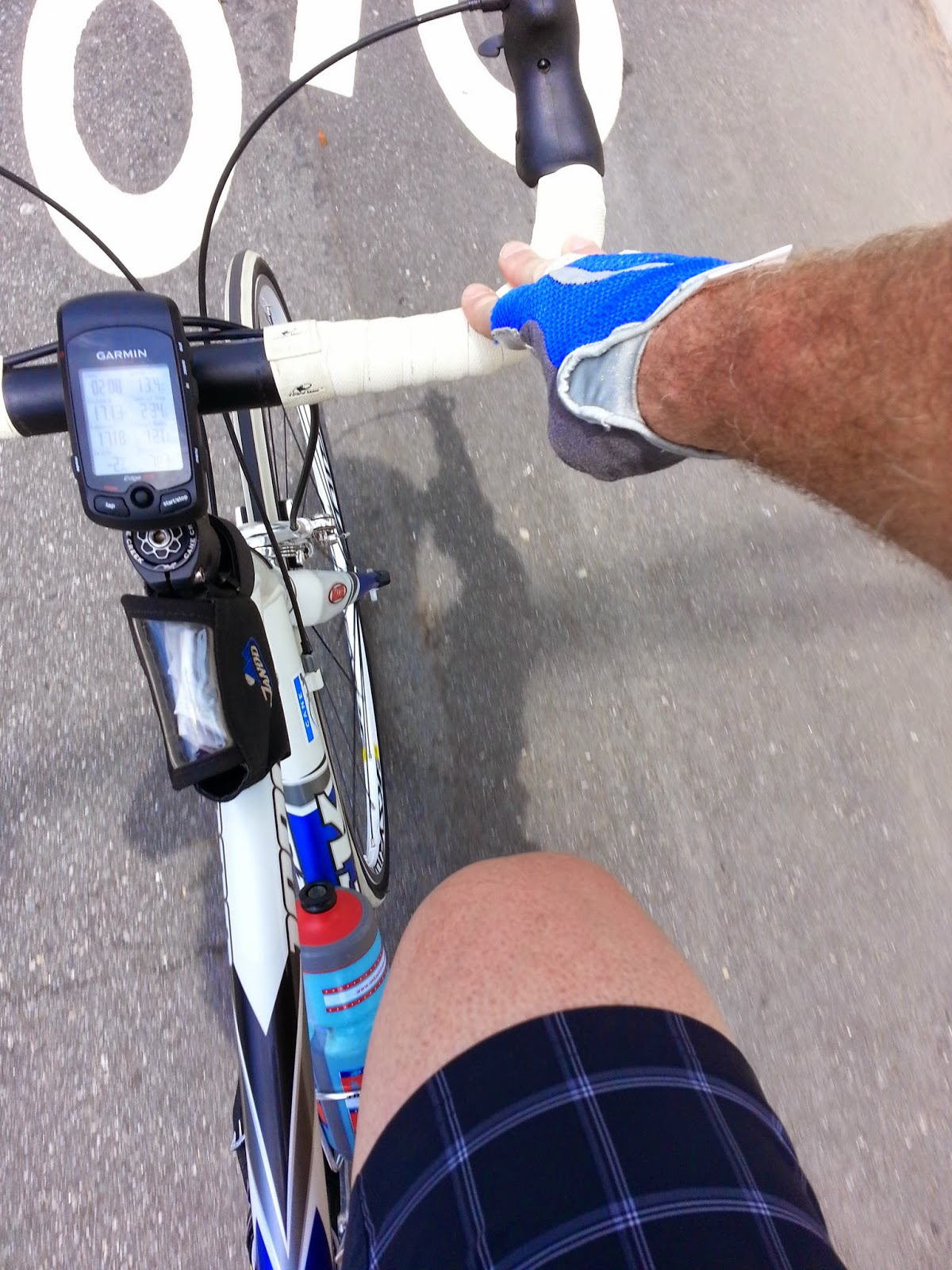 Anyway, with only thirteen or so miles to get back home I hoped that my tire situation would be okay.  I made it about eight miles when I noticed that my front wheel felt sluggish.  I stopped and put some more air in it. 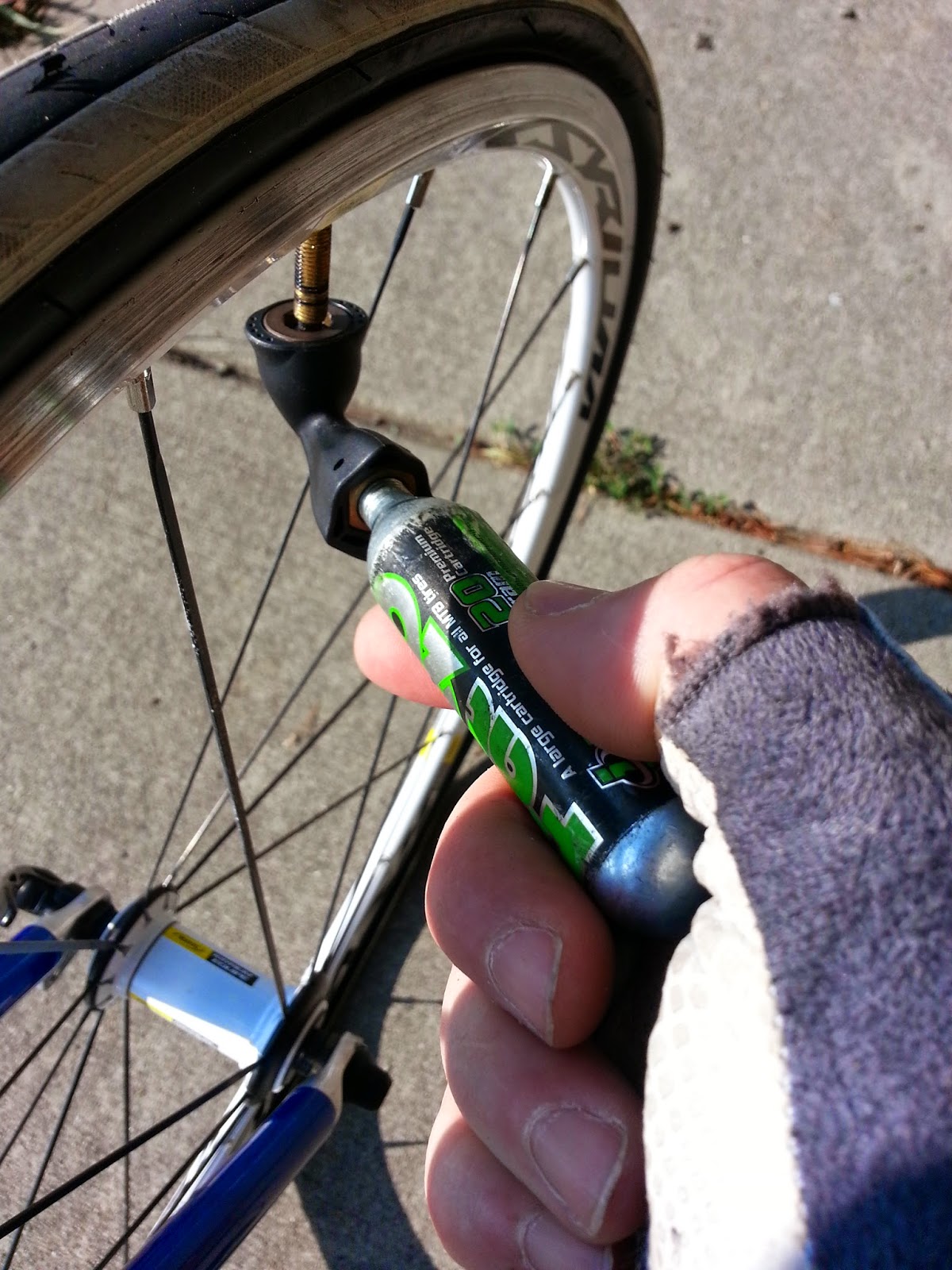 I took off again, but a minute later it was flat again.  This was it. No more tubes and barely any CO2 left, I started hoofing it home. 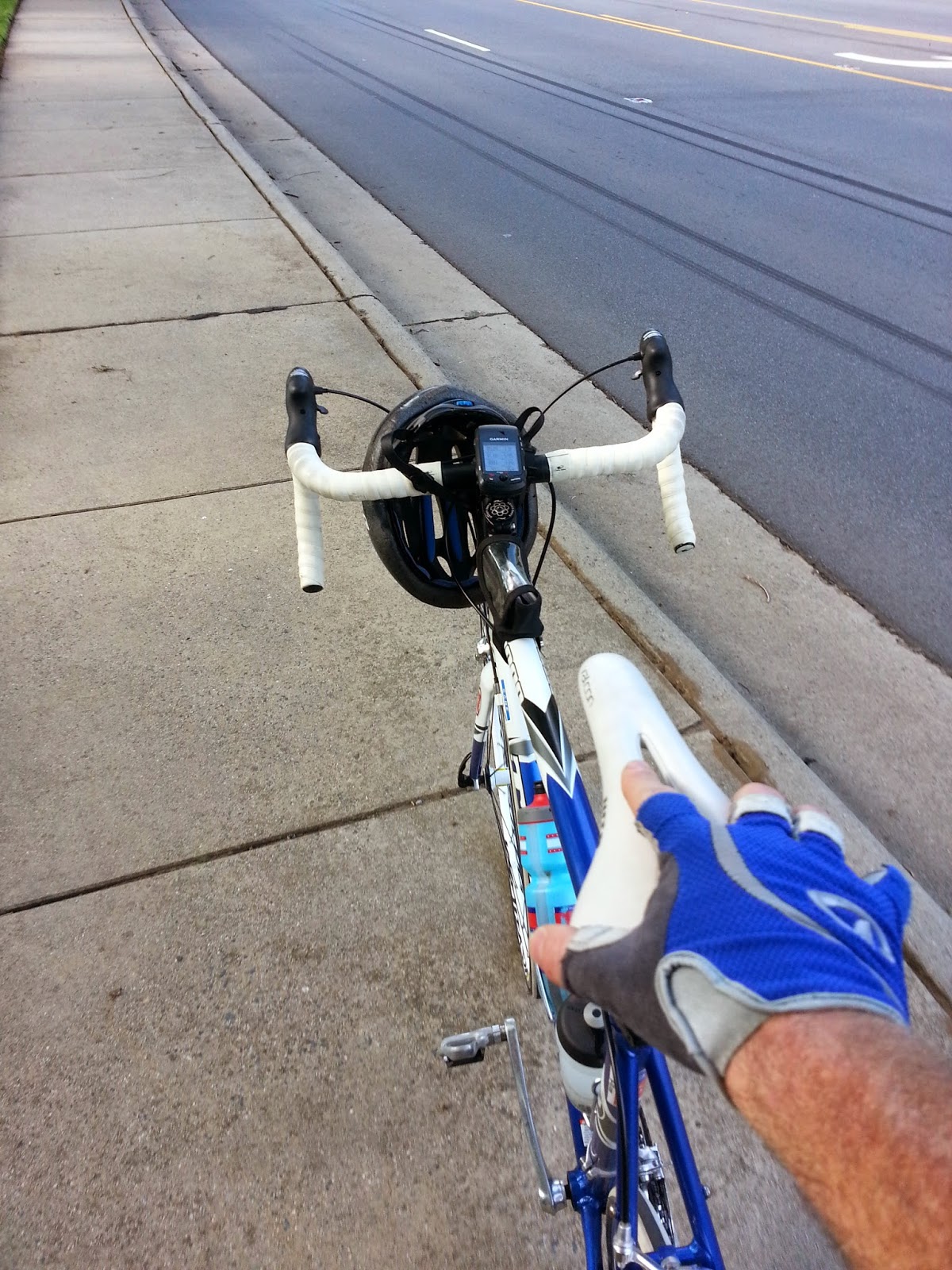 I texted the little lady to let her know what happened, and moments later she called.

I tried to fight it, but she wasn’t having it. I’d walked over two miles already, and with only about a mile and a half left I wanted to keep going.  It didn’t matter what I wanted though, and moments later she rolled up.  Even though I tried to be stubborn and finish my “ride” she was there to rescue me.

It was a pretty awesome ride though, even if it was on the road and I flatted a million times.  I see more of these adventures in my future.

Especially if there are beer stops along the way.
Posted by TheMutt at 8:30 AM