I’ve been thinking about a lot of stuff lately.  Sure, you’ve heard me complain (multiple times even) that my job has been stressing me out.  I think I’ve been letting it get to me too much.  It’s gotten to the point that sometimes I don’t even want to get on my bike and ride.  Since bike riding (and a little guitar playing) is all that keeps me from getting stressed out, I’ve entered into some kind of vicious circle from which there is no escape.

I realized that I don’t need this shit.  The feelers are out there for a different employer, but in the meantime I can’t let my situation keep me from doing the things that keep me sane.  I enjoy riding bicycles.  All kinds, too.  Off road, road, cruising, whatever, it seems like the thing I love the most is probably the thing I should do the most.  Makes sense, right?  I thought maybe that it was the racing that made me want to spend less time on the bike but I know now that I was wrong.  I actually kind of miss racing (yes, even cross country.)  It gave me goals, kept me ready for whatever event I felt like entering, and most importantly, it made me forget about everything else that goes on in real life.  Does that mean that I’m gonna start racing a lot more?

Maybe.  Possibly.  Depends on what’s out there I guess.  I think I’m already looking ahead to next “season”, and in the meantime I can use the rest of this year to start planning a little bit.  I may even spend a little more time on the road bike, as silly as that may sound.  The last few years have been tough, and I was quick to blame the one thing that was actually keeping me from going bat shit crazy.  I can’t do anything about the job thing right now, but everything else I can.

So yeah, a few changes might be coming up.  I realize that I can be a little bit serious about this stuff and still have fun.  Everyone has setbacks, and those that succeed are the ones that are able to overcome them.  Does this mean that I might un-retire from cross country racing?  Probably.  That’s not the only thing, but it’s a start.  Also, I’ve been seriously looking at getting another dog.  While that may seem unrelated to riding my bike, it really isn’t.  Since I lost my Rottweiler a few years ago, I realized that I’ve been missing something.  I think it’s finally time to fill that void and make my life complete again.

Another thing that may not seem related (but it is) is my guitar adventures.  I’ve really enjoyed the progress I’ve made over the last year, and it’s amazing how much it parallels the bike stuff.  I’ve had to put in hours and hours to learn proper technique just to play a song or too, which is eerily similar to what you have to do to be a better rider.  It does keep me motivated, and I actually enjoy the hard work (as tedious as it is sometimes.)  I’ve also made a point to go out and watch other guitar players, which has helped me quite a bit.  The same thing applies to watching other people ride.

Weird, but it makes sense to me.

This is a long way to go to get to this, but over the weekend I went out to see another “cover band.”  Actually, two.  I’ve been doing that quite a bit lately, mostly for the need to see someone much more skilled than me (and also because I keep getting free tickets somehow.)  Saturday night after my adventure at Lake James State Park I went out to see “Slippery When Wet”, a Bon Jovi tribute band.  And before you say anything I already know I don’t like Bon Jovi.  I just wanted to see someone play music.

There was an opening act (as usual) which I enjoyed more than the main attraction.  Kick (the INXS Experience) took the stage first, and they were quite good. 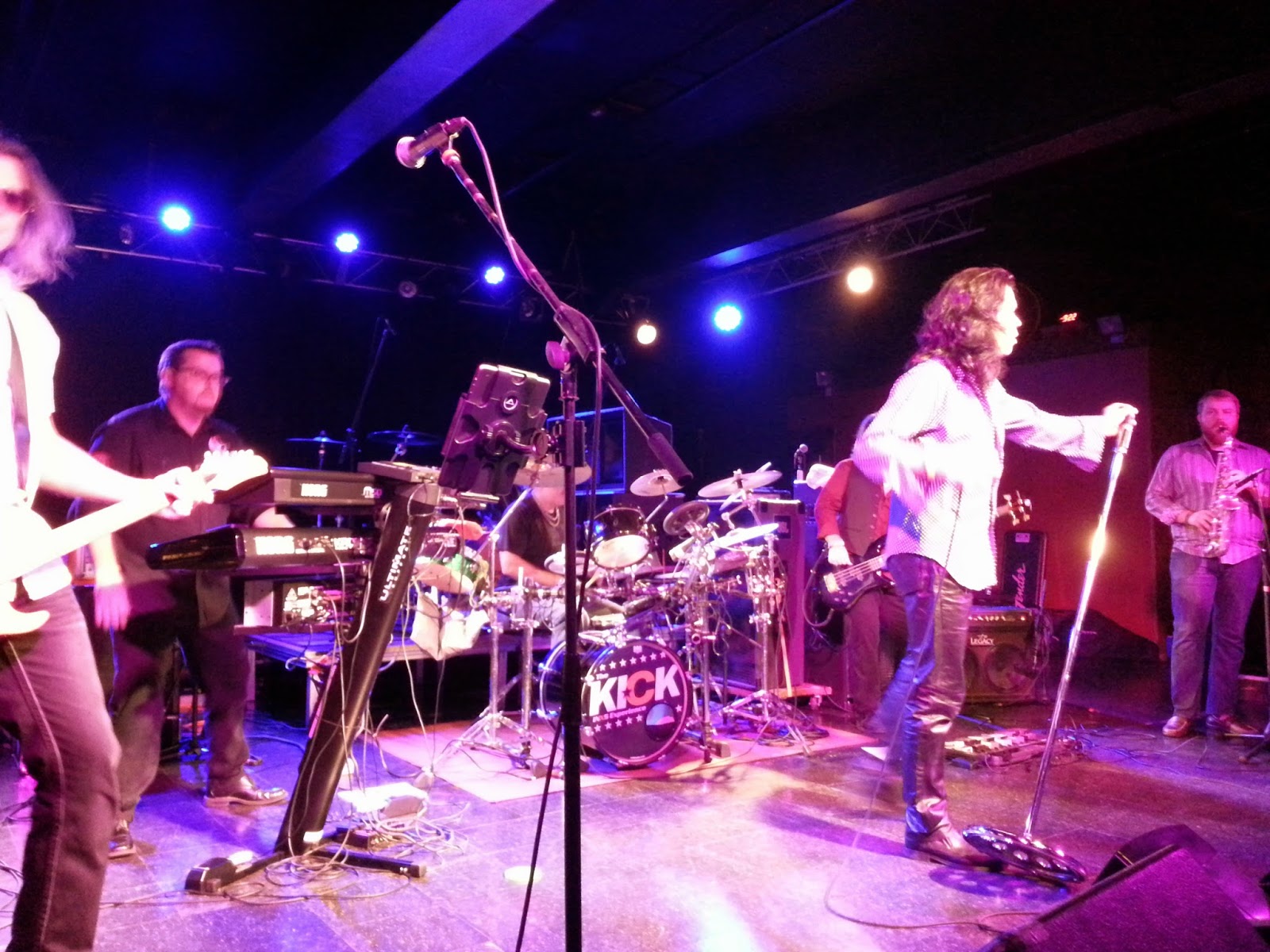 I’ll admit it, I like INXS in high school.  Mostly because that’s what the girls listened to back then, which gave me an “in” I guess.  These guys were entertaining, which was a plus since I got in for free.  Don’t judge me.  Well, go ahead.  Who gives a shit.

Next up was the main event, and while they could play just fine I wasn’t really impressed. 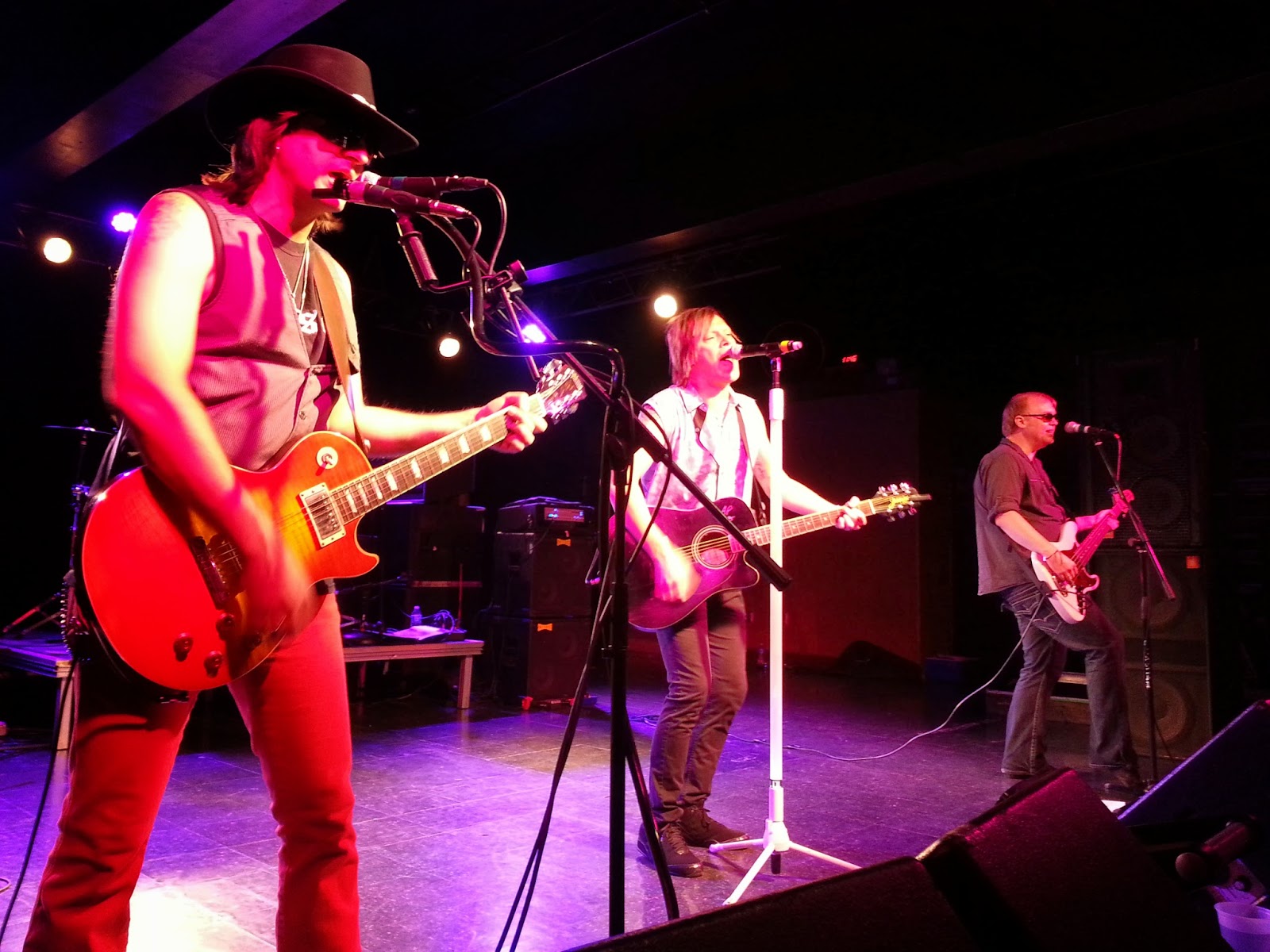 I wanted to walked out since I really didn’t care for any of the songs they played, but I hung around just to watch the lead guitarist.  I got something out of it I suppose, but next time I may be a little choosier (is that even a word?) when it comes to these shows.  Just because I got a free ticket doesn’t mean I have to use it.

I know, I was all over the place today.  And that’s just how I feel.  I guess the point is that I’ll start worrying less about the things I can’t change, and focus on the things that make me happy.  Sounds easy, right?

I’m so glad that tomorrow is Fun Friday.