The 2014 Backyard Experience was pretty interesting.  A wave of shit weather showed up here in Friday night and continued into Saturday.  That didn’t stop those brave souls from being out there, and the wet conditions were perfect for The Shark, a.k.a. Lunchbox. 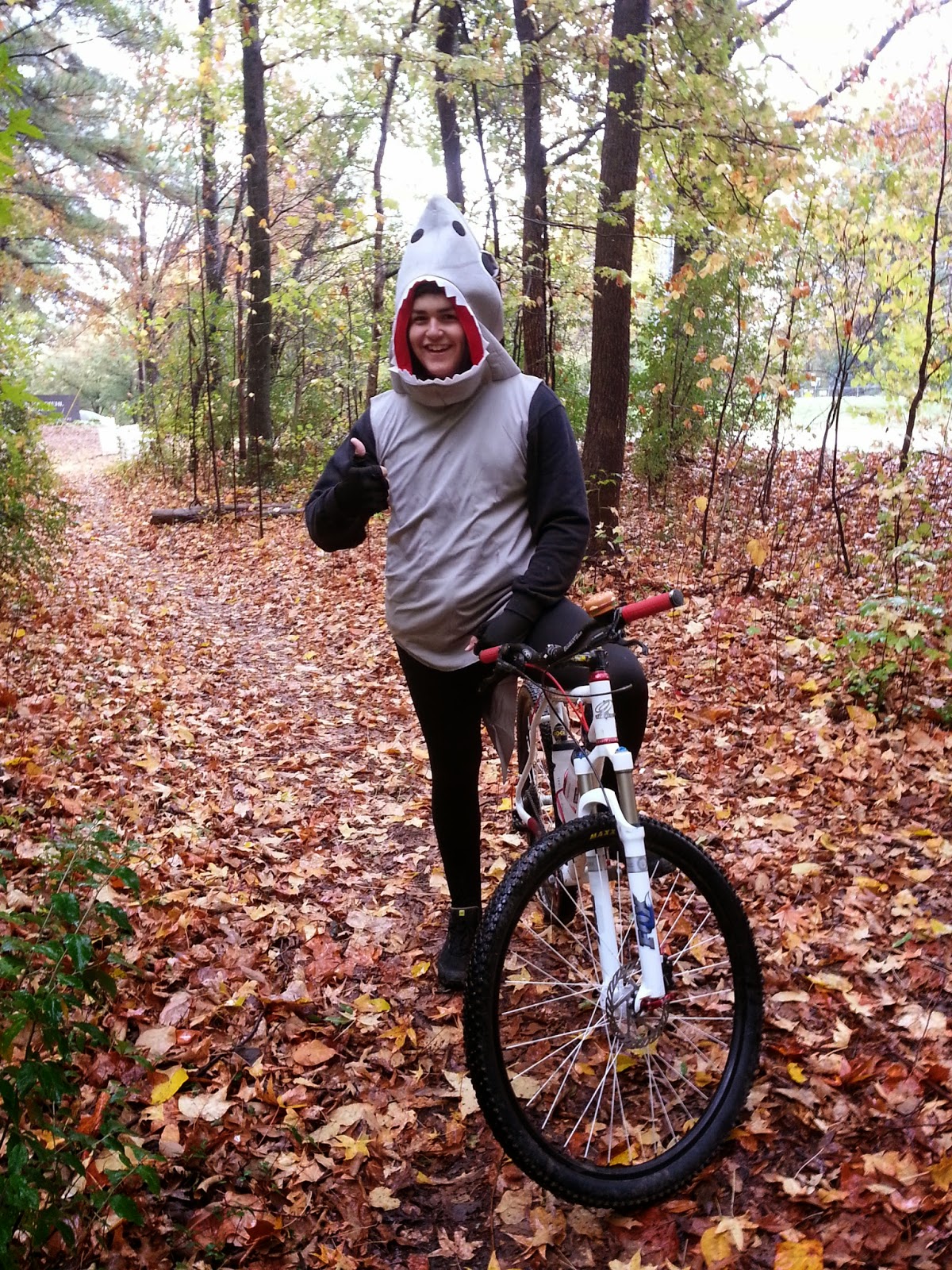 It was pretty cold, but a bunch of us met up at the trail head to heckle and uh, volunteer, even though we weren’t “official.” 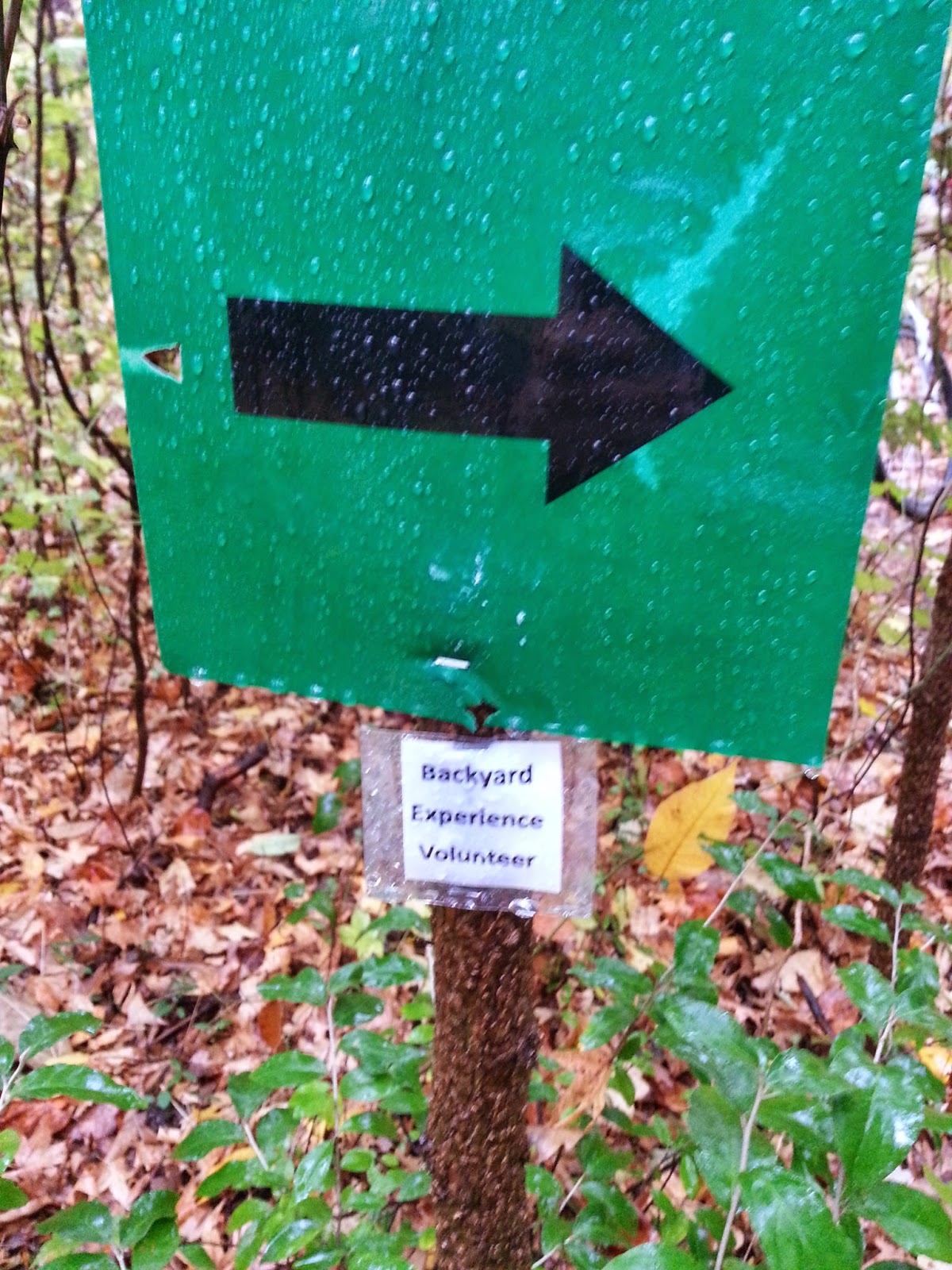 We eventually found the crowd of merry racers, and gathered up at the beginning of one of the stages to give our support. 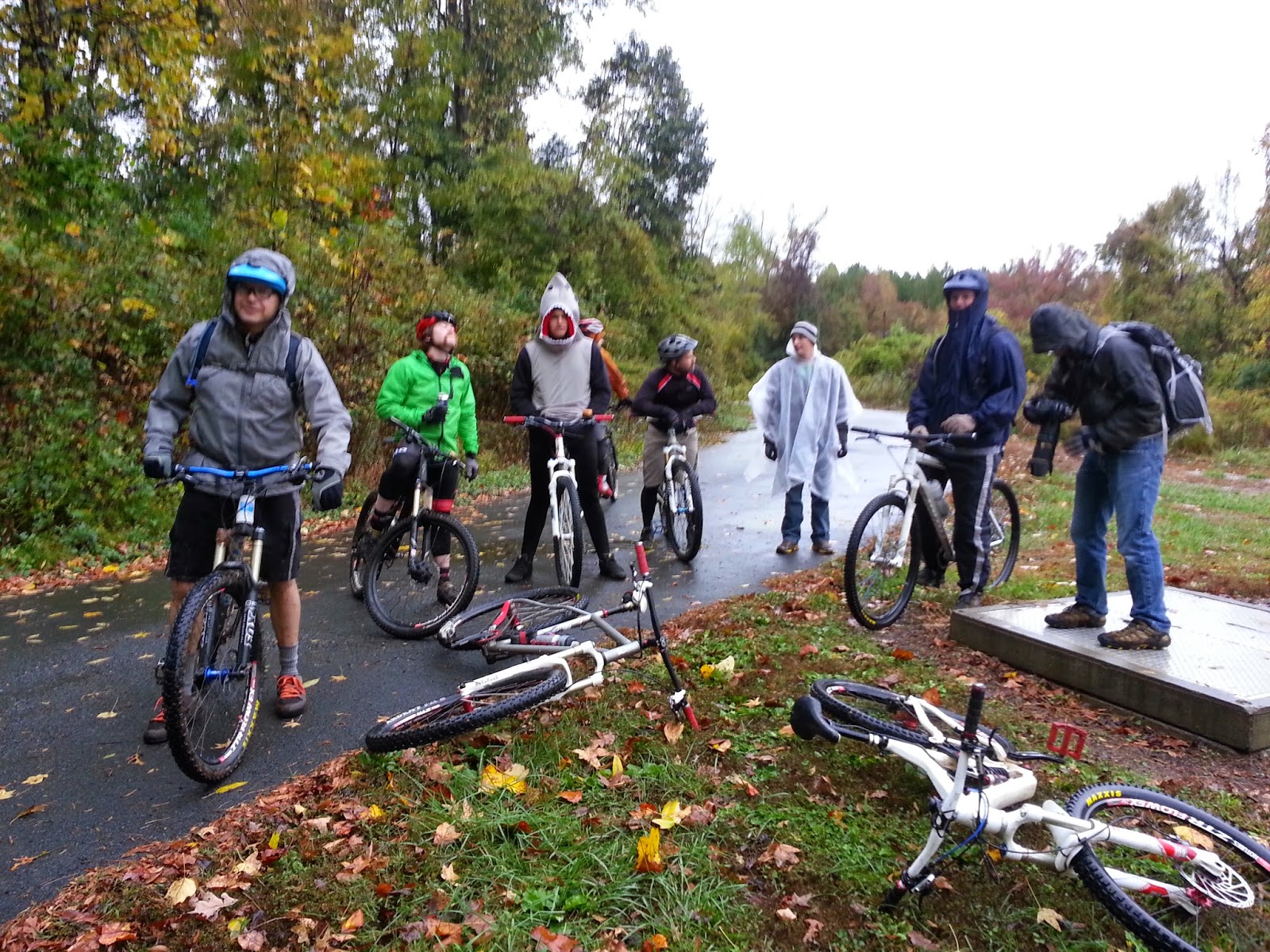 People looked like they were having a great time. 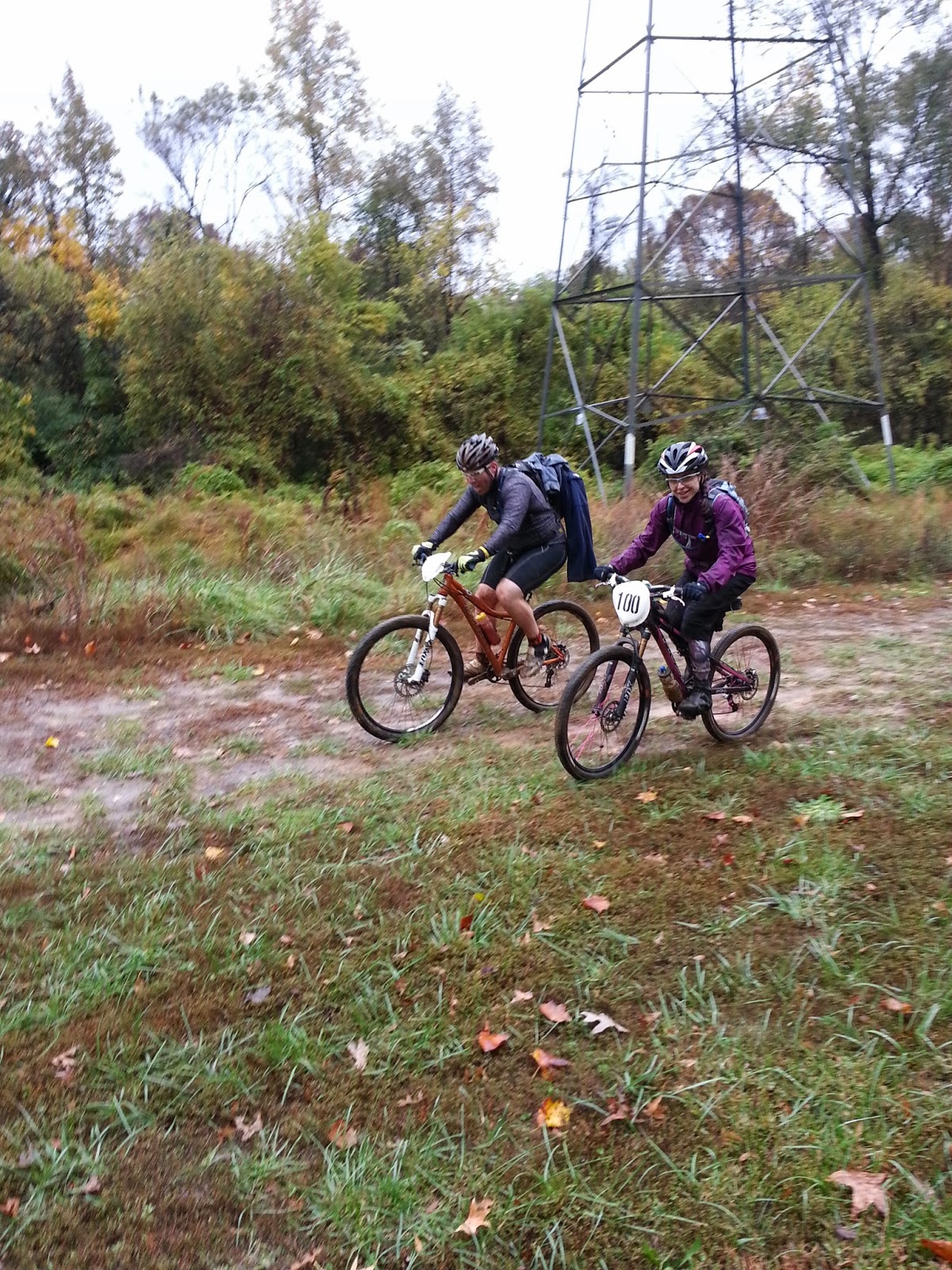 Even though we had things handled, Dicky rolled up in a official capacity to make sure everyone was having fun.  He looked nervous. 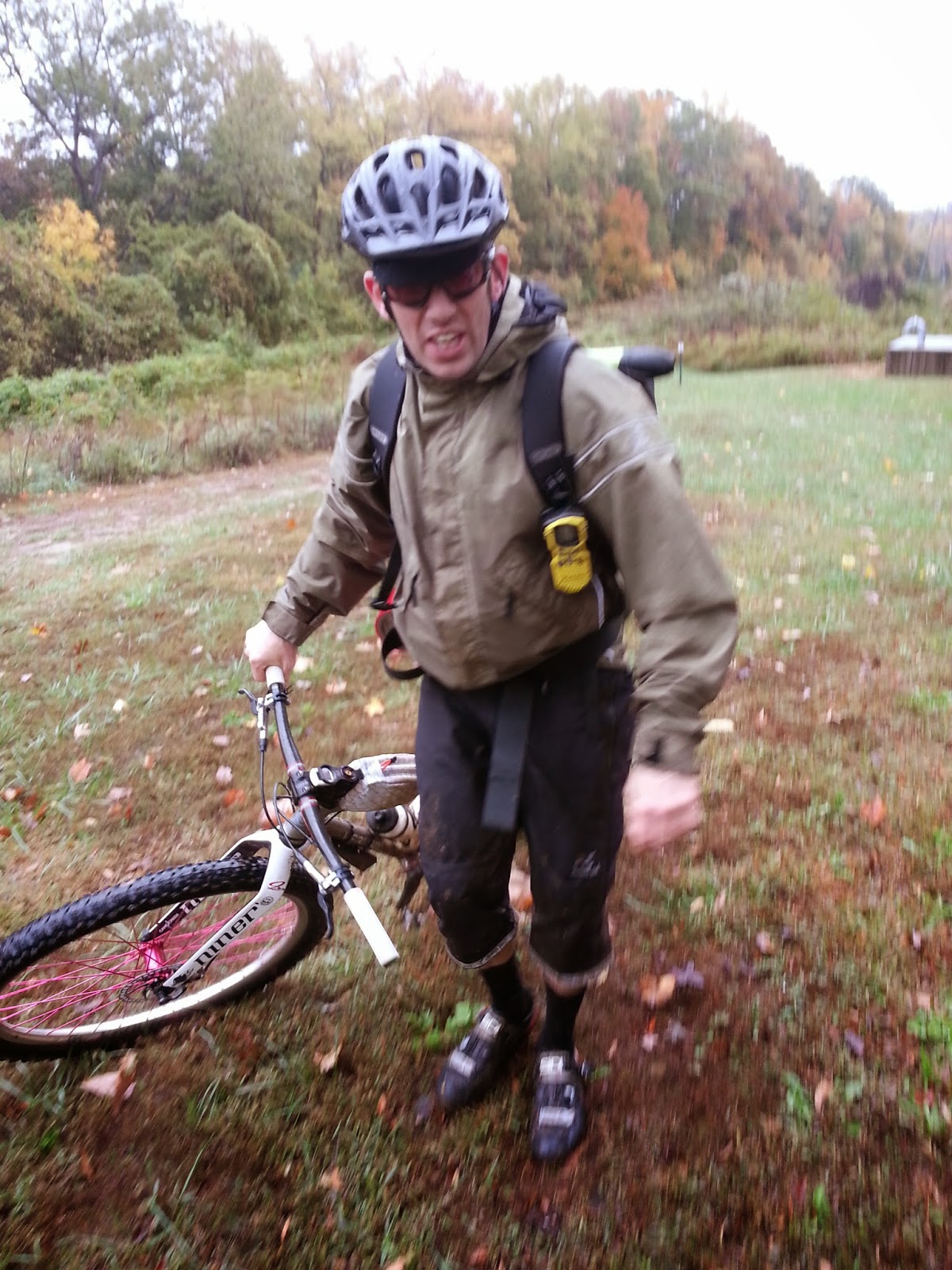 I understand since I get that way too when I’m in charge of everyone’s fun.  He also may have been nervous because there was a side game of “Hide Dicky’s Bike” going on all day.  He kept catching the people involved before they got away with it though.

So anyway, even though the weather was shit  the trail was in great shape.  We eventually left our post and headed deep into the woods… 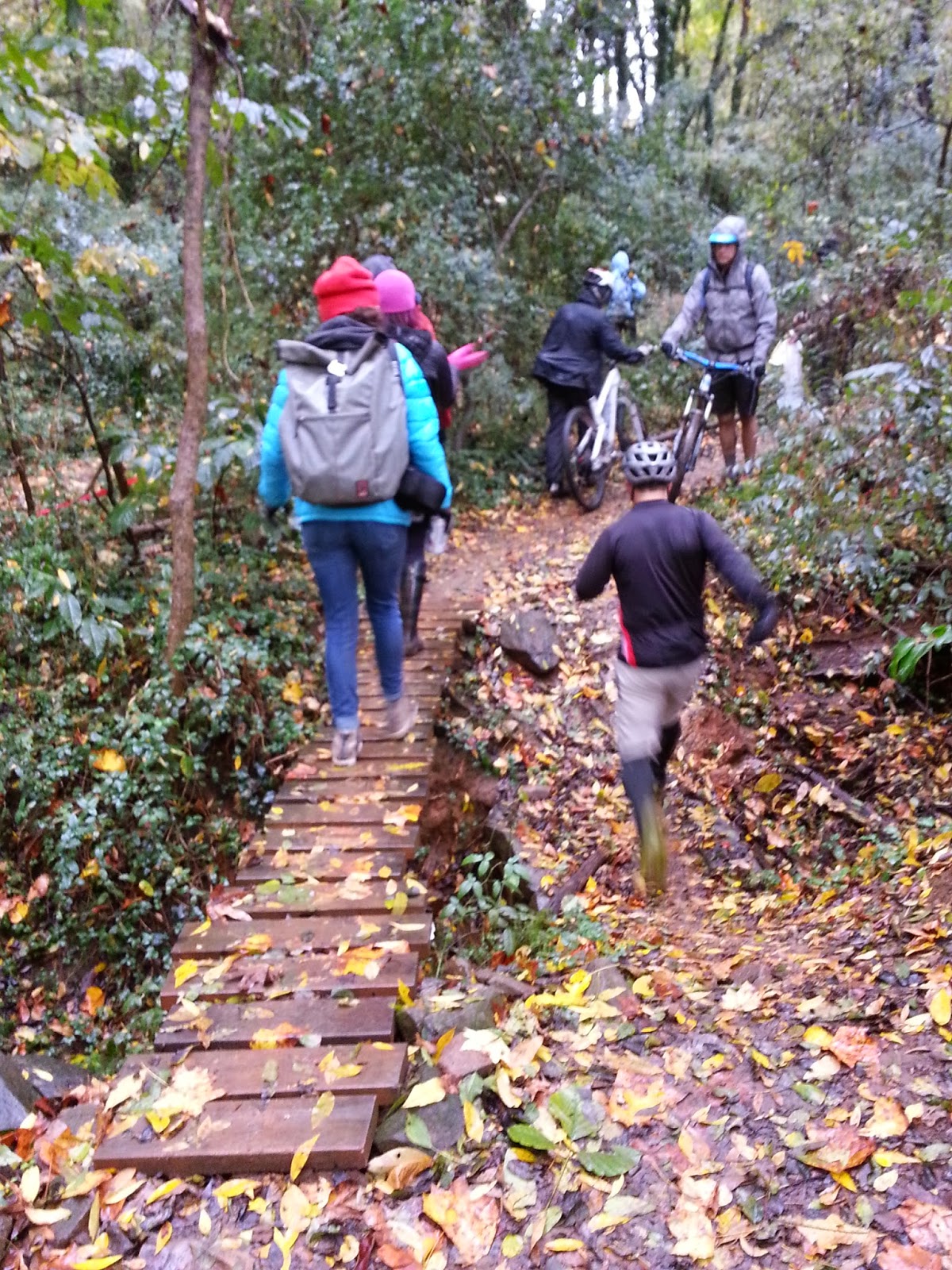 To watch folks come down the “jump line.” 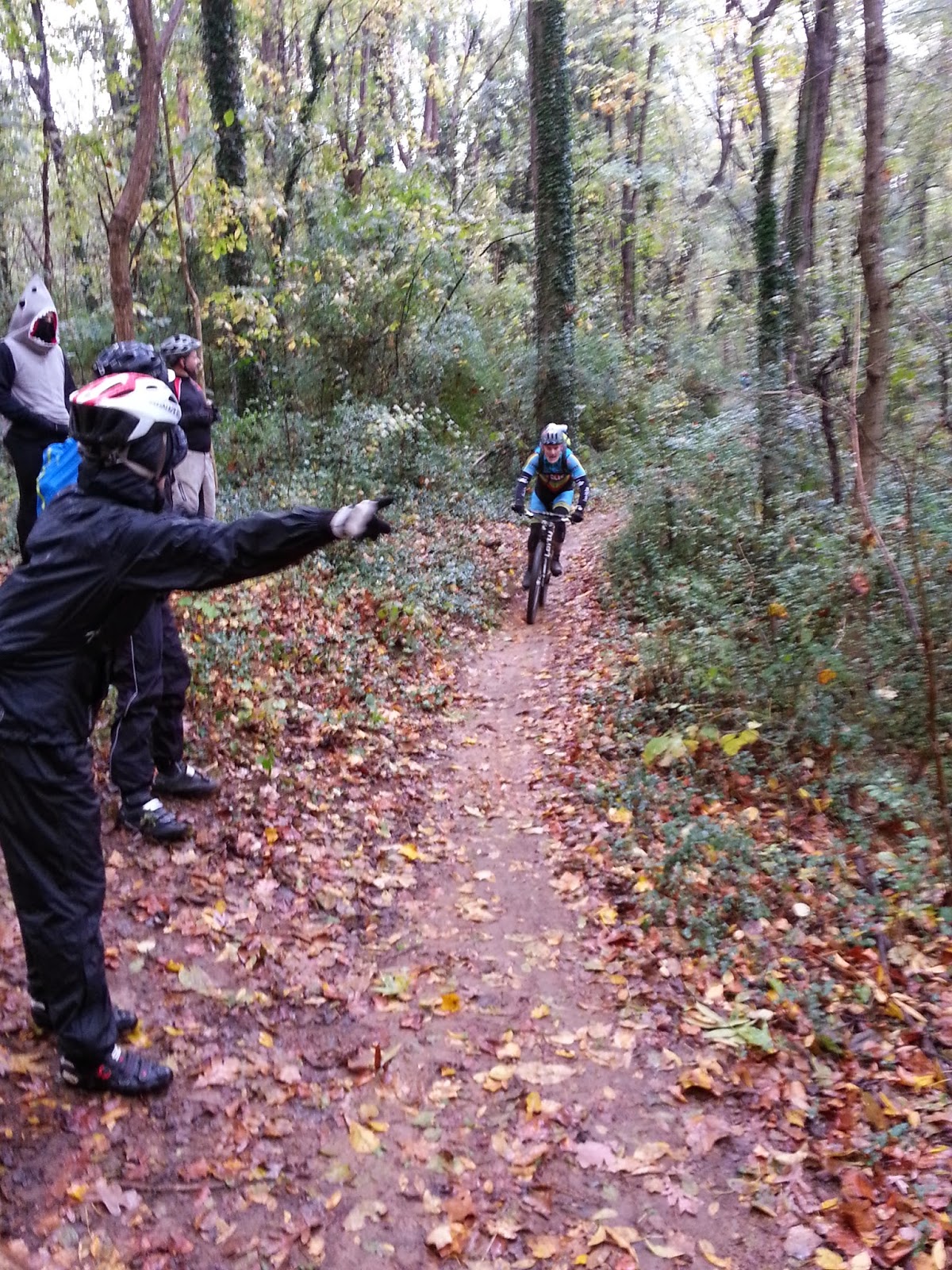 No waffles of beer handups this year though.  We kept the beer for ourselves. 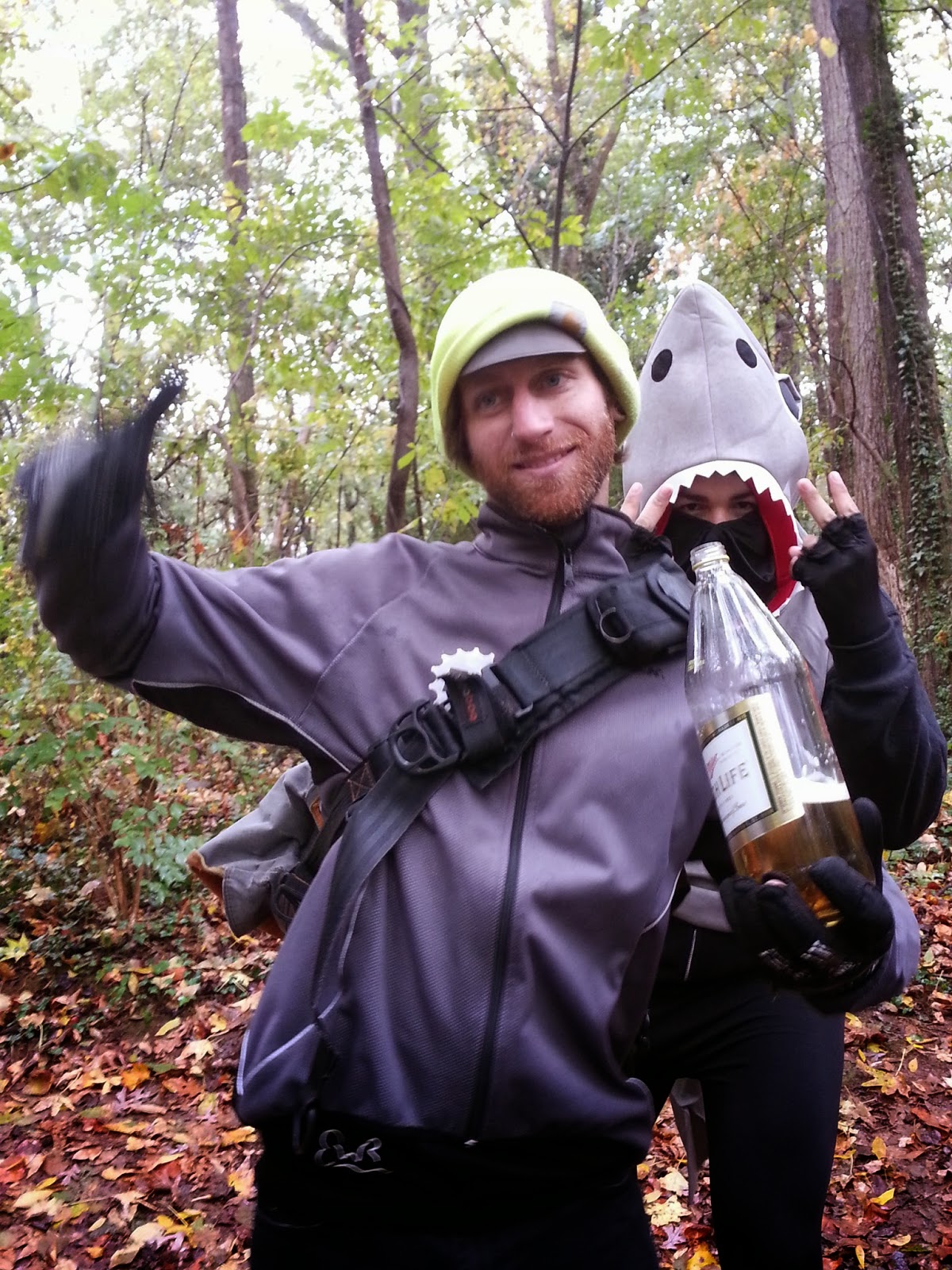 There wasn’t much in the way of carnage though.  Because of the conditions, we expected a lot more crashing.  Instead, there were a few mechanicals. 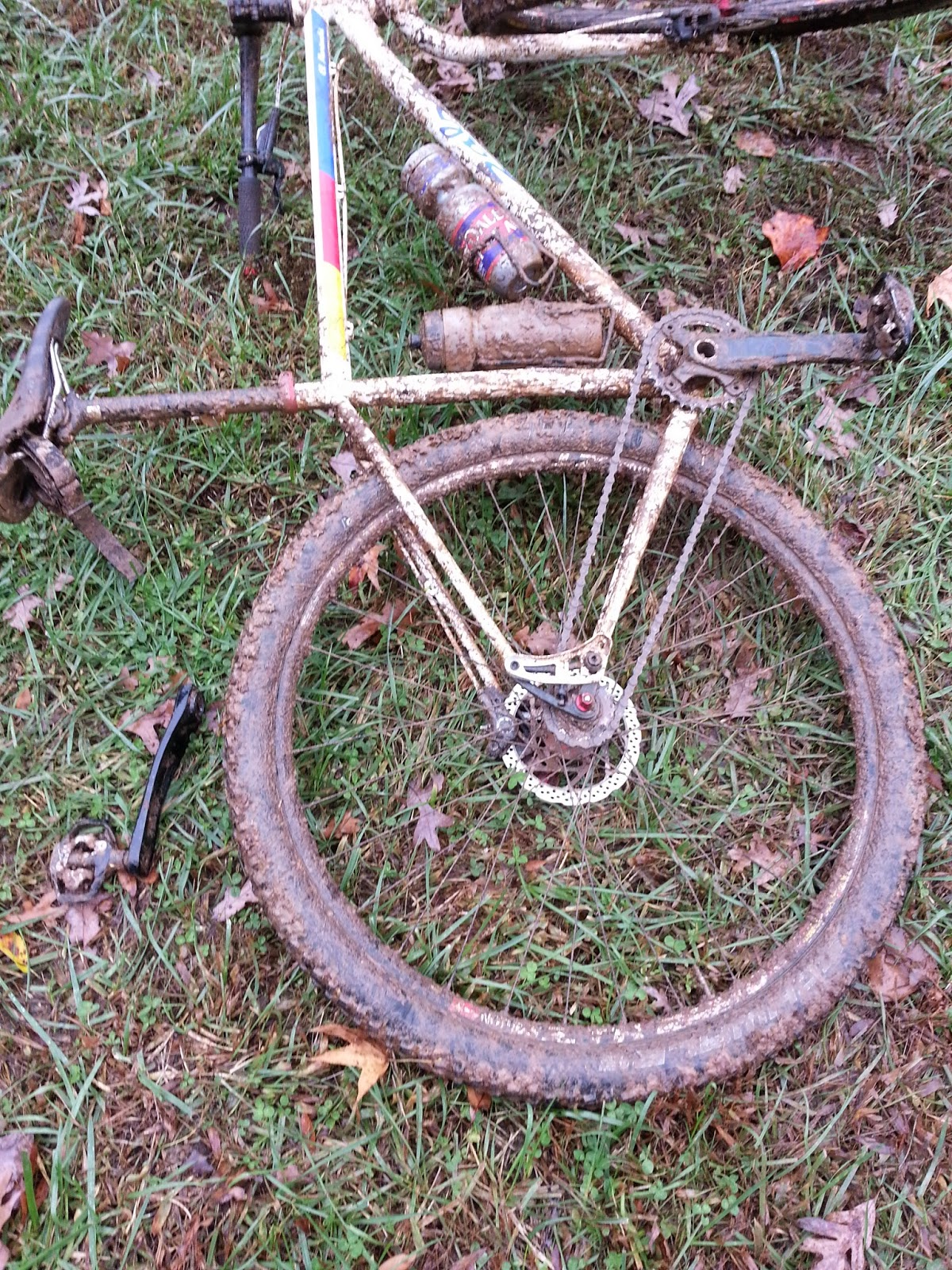 Even though we were freezing (and wet) out there, the day went by pretty fast.  Before we knew if, we were back at the awards ceremony/afterparty.

That Shark was everywhere. 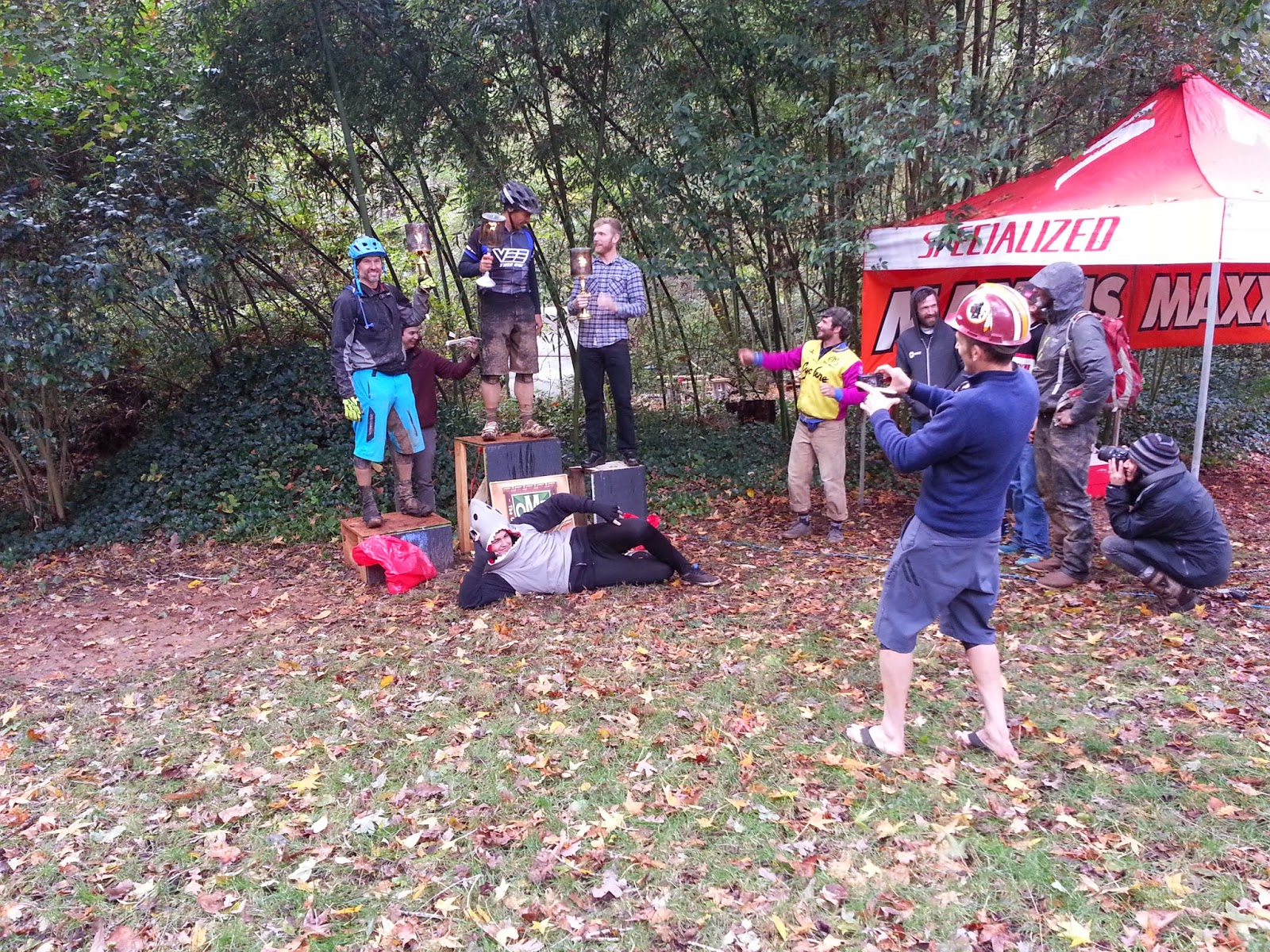 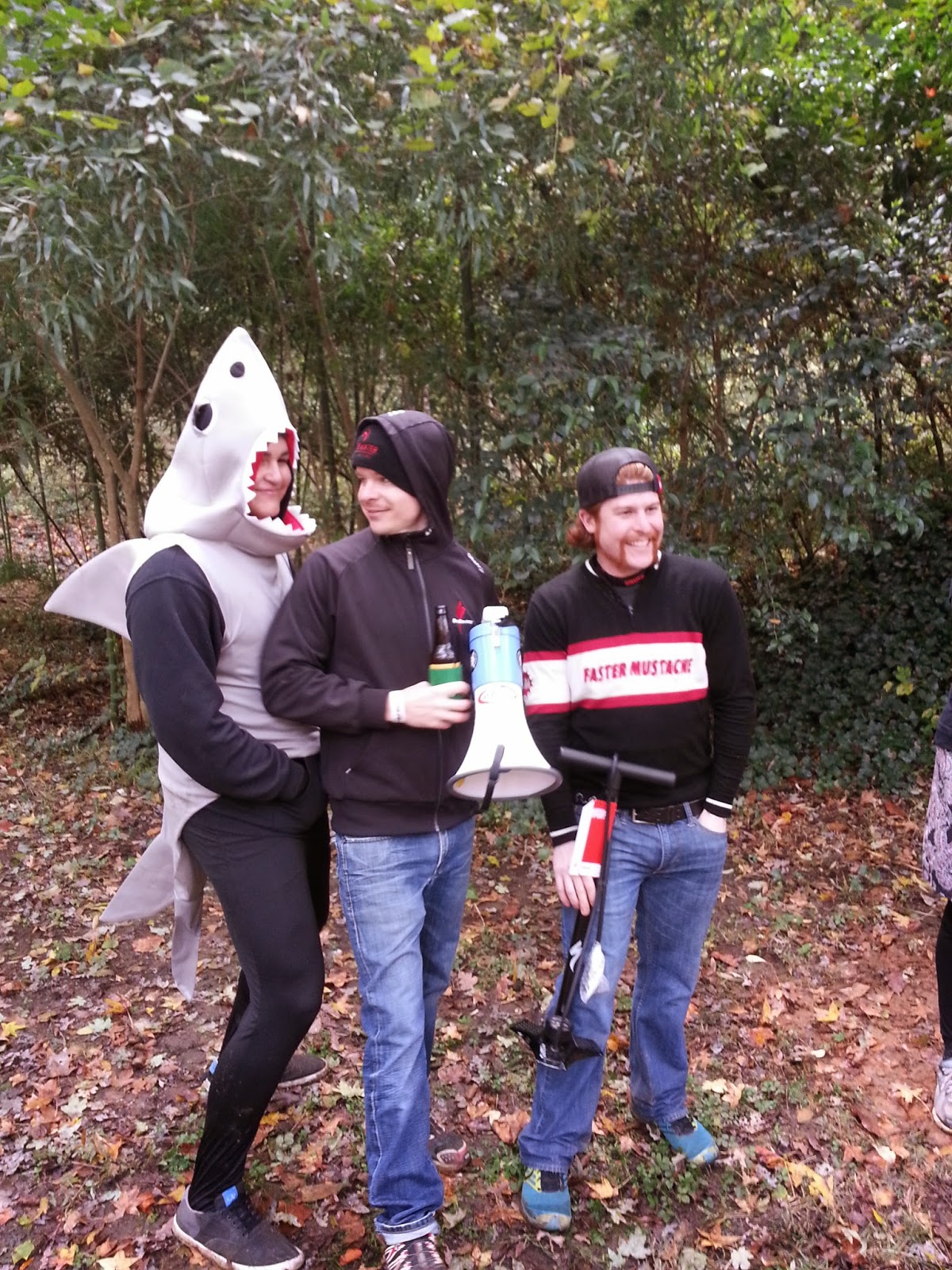 It was a pretty awesome day.  Due to the wet weather, the PumpkinJam in was rescheduled, so I stuck around a lot longer at the BYE afterparty.  Just like my trip to Pisgah a few weeks ago, my day ended by a fire with a bunch of those Faster Mustache types. 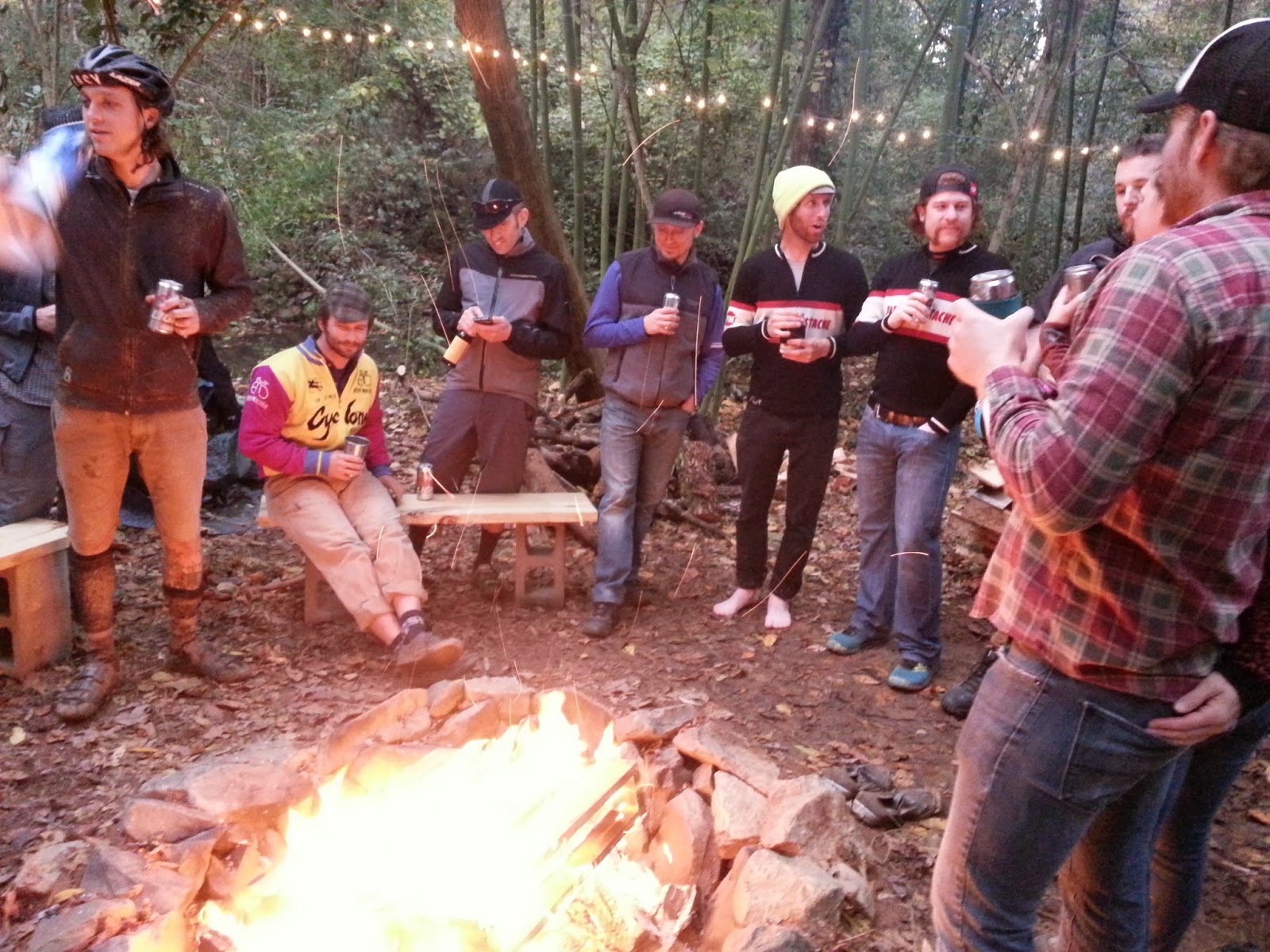 Big thanks to those guys for making great party in the woods.

Before I left, I saw that there was one final attempt to hide Dicky’s bike.

I wonder if he found it… 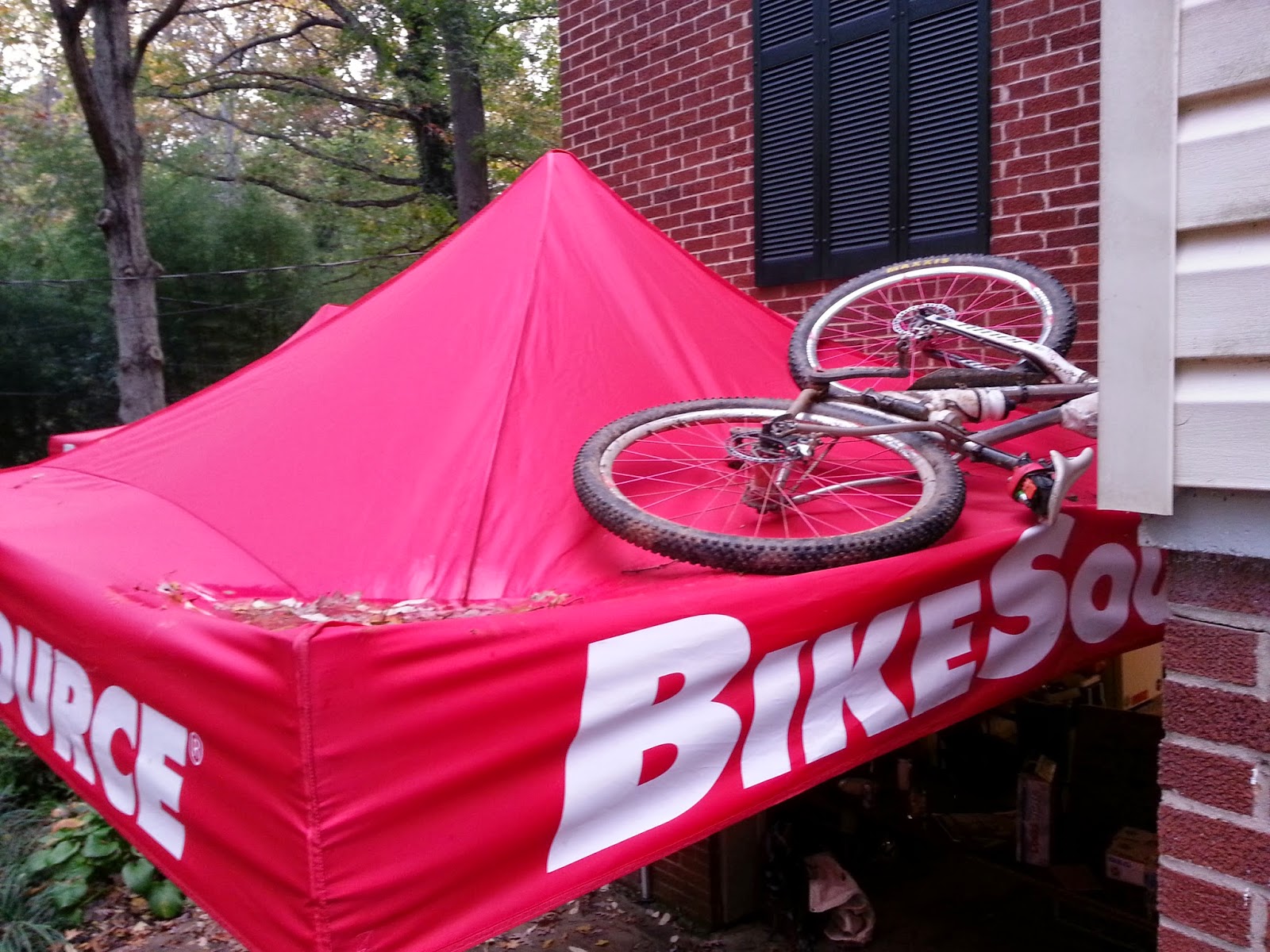 More party fun the next day too.  More on that tomorrow.
Posted by TheMutt at 9:10 AM