Nice Day For A Party

The change in weather from Saturday to Sunday was dramatic.  It went from cold and shitty to warm(er) and sunny.  What a great day to hold the annual TarheelTrailblazers/Dirt Divas Year End Party. 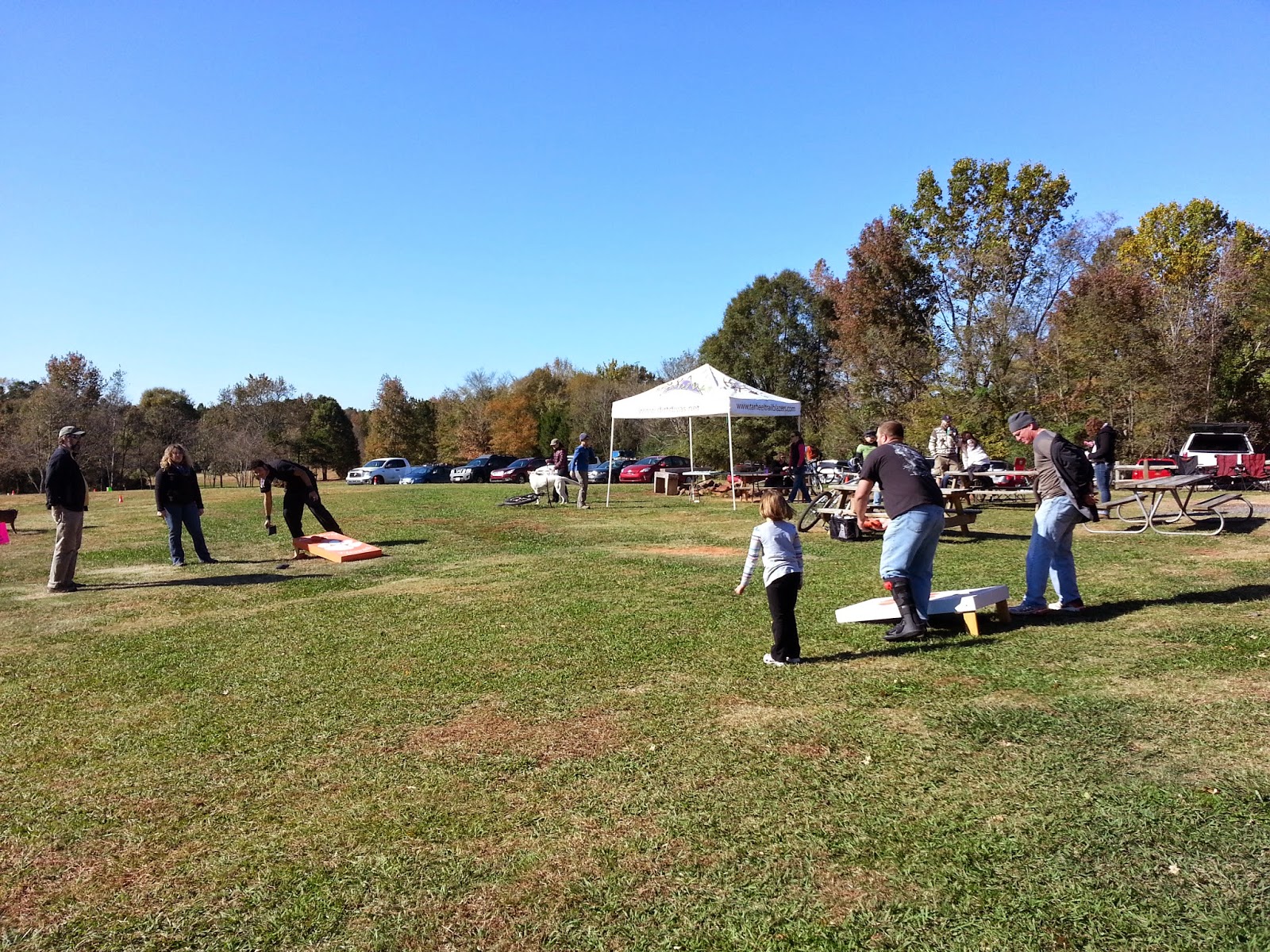 With no band this year and crap weather the day before, I wondered if the event would be a success.  We had plenty of games to keep the party goers entertained though. 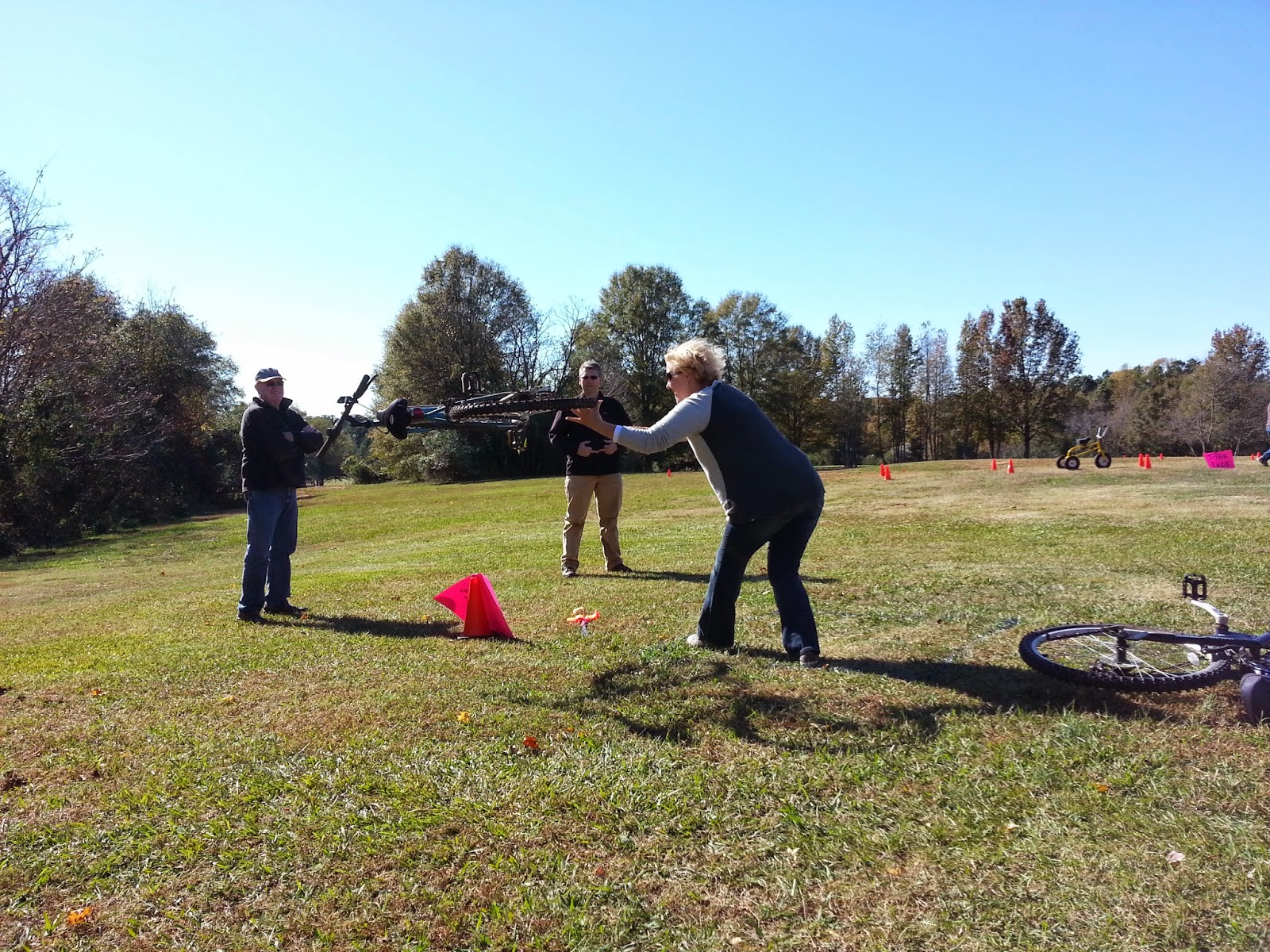 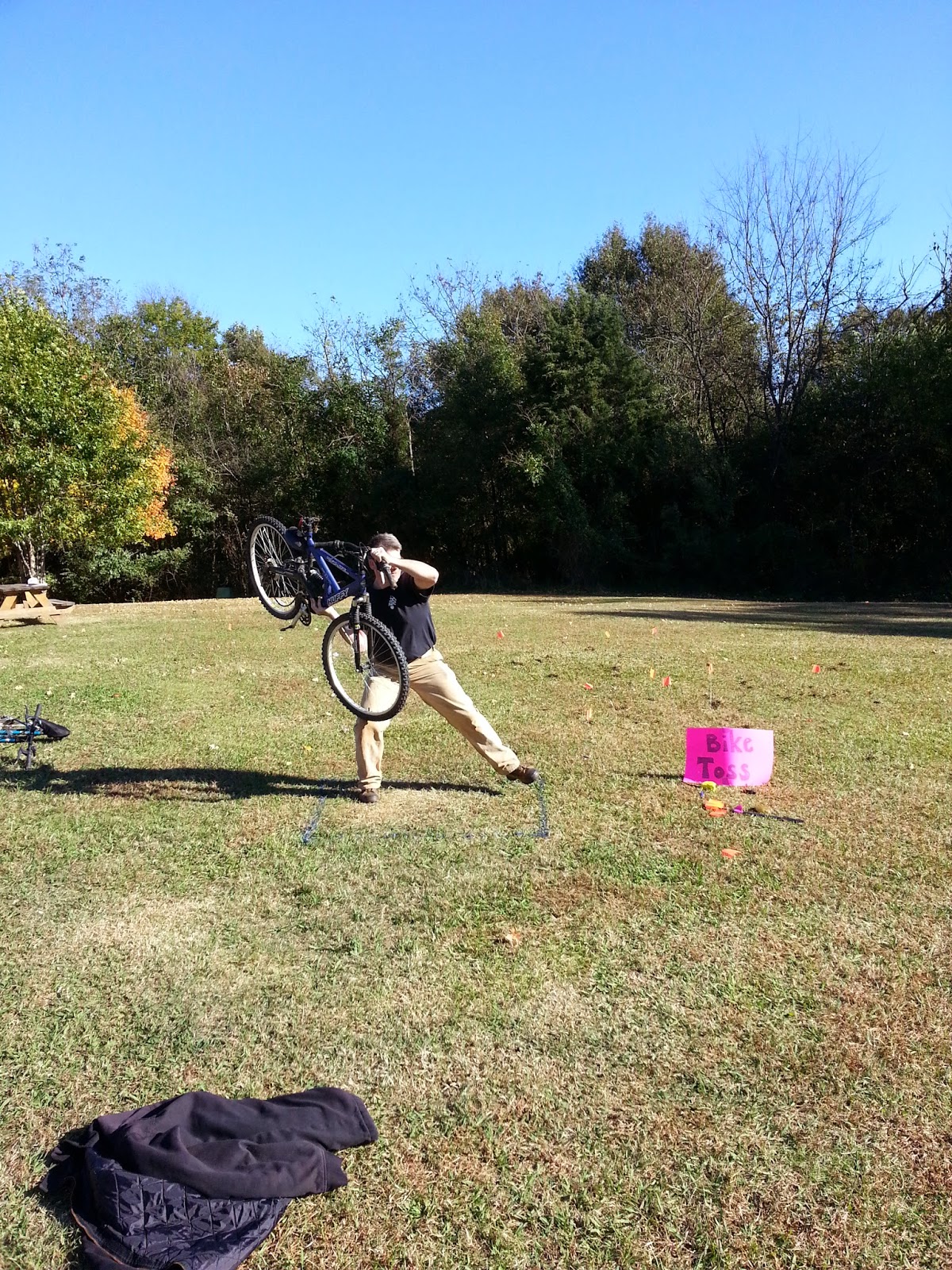 My local shop, The Cycle Path, scrounged up some sweet junker bikes for the event.  They were heavy and crappy, but lots of fun to heave towards the woods.

We also had the Log Pull (which may not sound too interesting I know), which turned out to be one of the tougher events.  Although Lunchbox did end up in second place, pulling a heavy piece of tree in a hot dog suit. 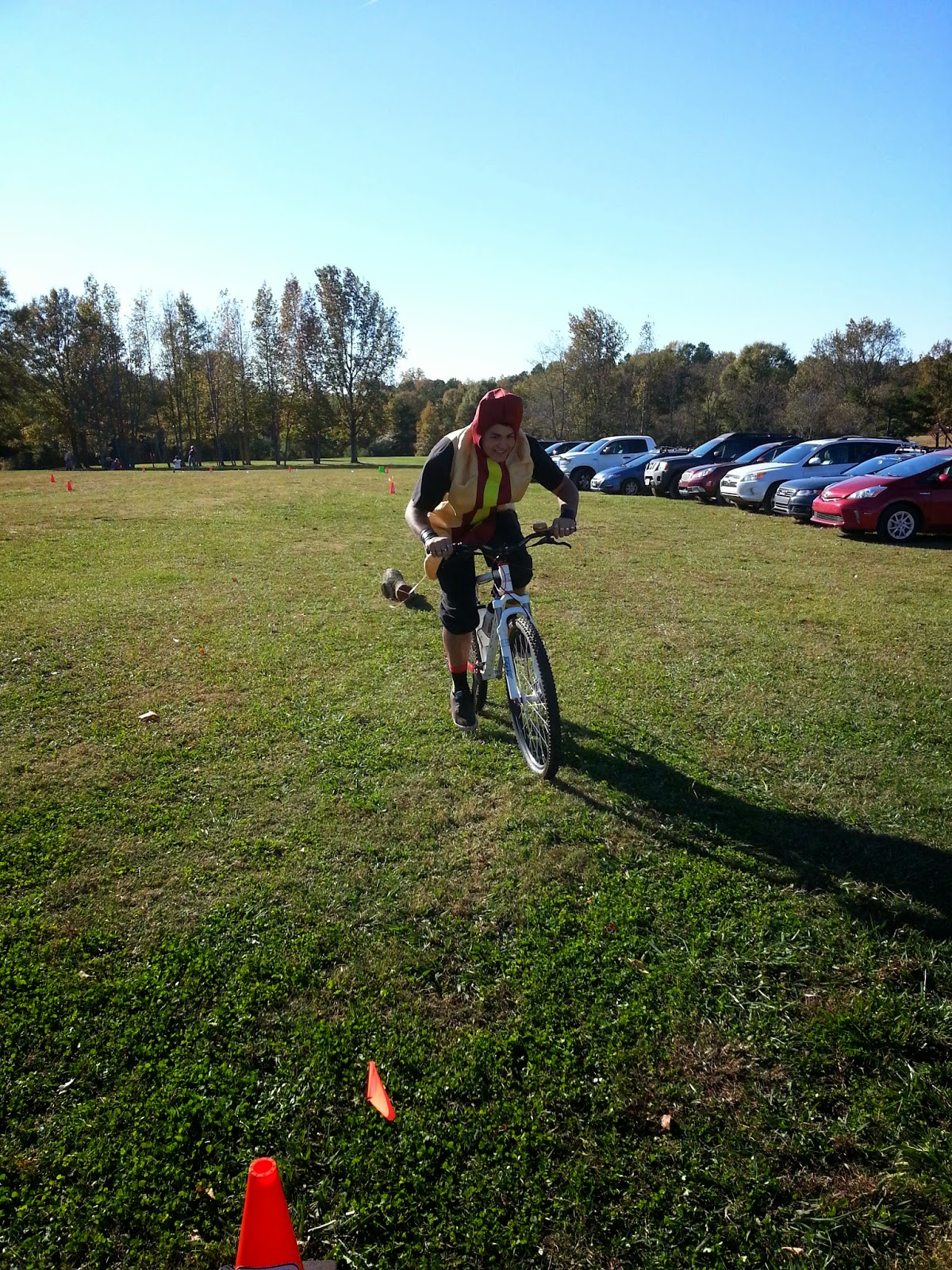 And of course, the ever popular adult trike race: 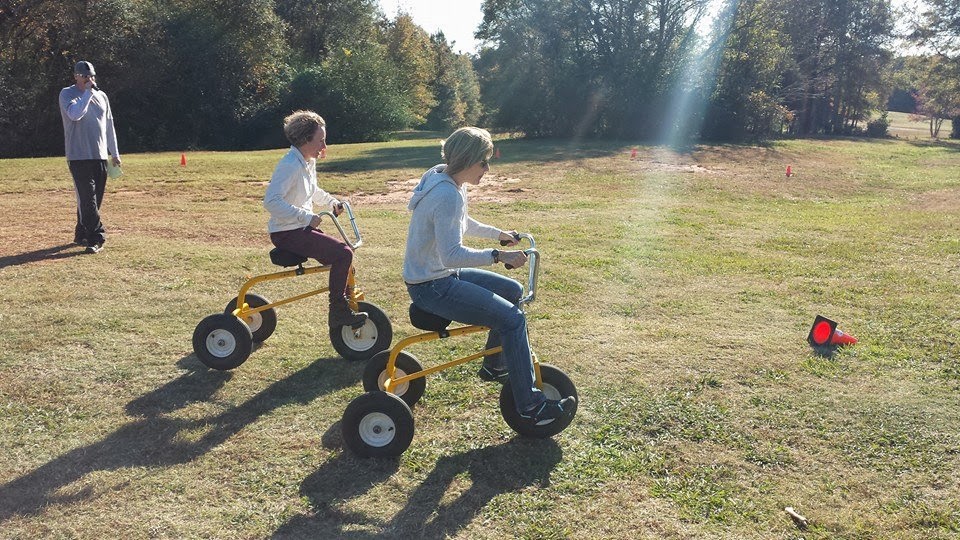 Since I was busy emceeing and participating, I didn’t get a whole lot of photos.  I did however, advance to the finals and win the trike race for the second year in a row (with my teammate Little Miss Sunshine.)  My knee is shredded from spinning that itty bitty crank arm around the grassy, hilly field, but victory feels so good.

The big event?  The Bike Derby of course.  We had a separate men’s and women’s division, and it turned out to be the right decision.  The women mixed it up pretty good, and after moving the crowd in really small we had a winner.  The men’s division turned out to be a lot more aggressive, and with Dicky out of the picture a new victor emerged. 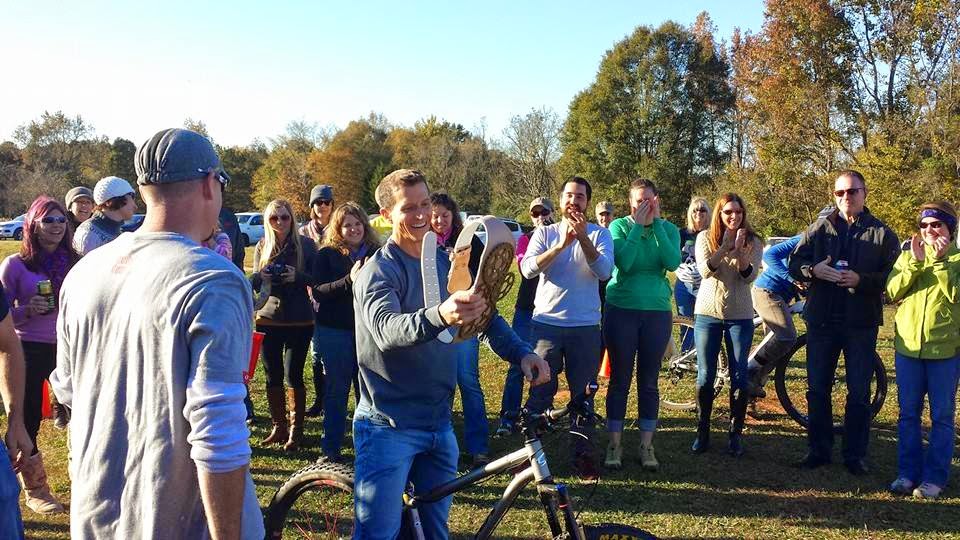 Local trials master Lance Kleffman dominated the field, showing off his fancy moves in the process.  In fact, he had more fancy moves after he won the belt. 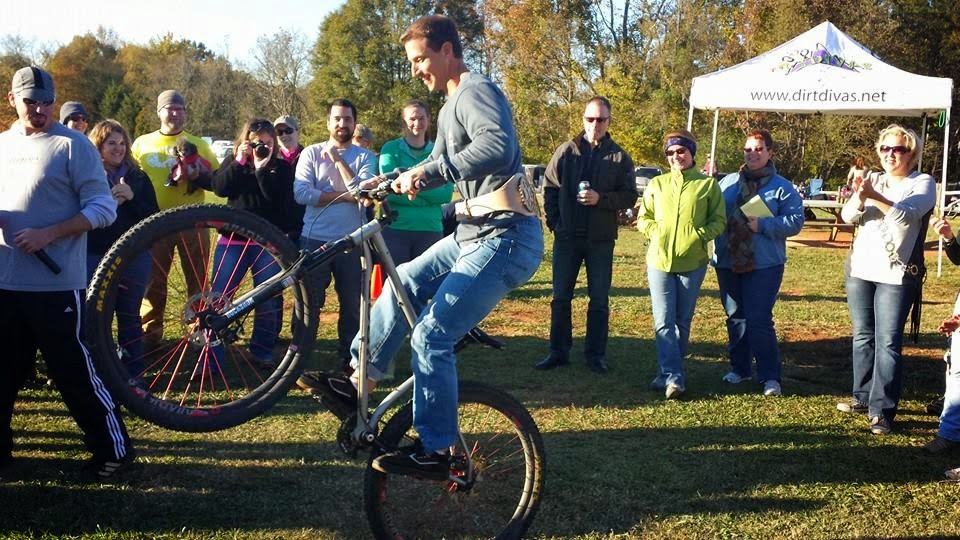 It was a fun day, complete with nice weather and good food.  Did I say food?  The event was catered by none other than Vic The Chili Man  There was a line out the door for dinner, and it was pretty damn awesome. 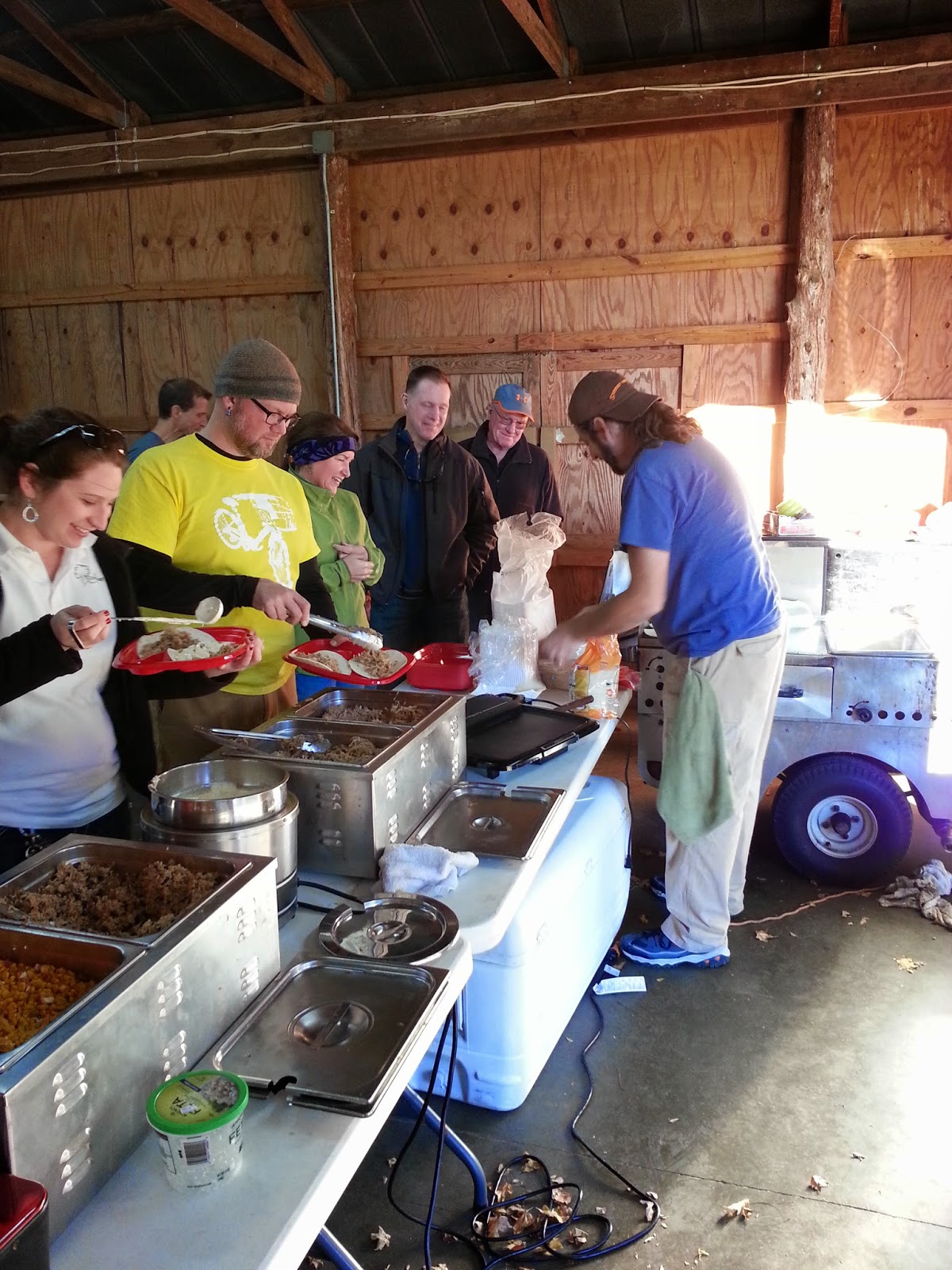 After the food and raffle, people hung out for a while and talked about the fun they had (and how awesome the meal was.)  With another successful party in the books, it’s time to start planning for next year. 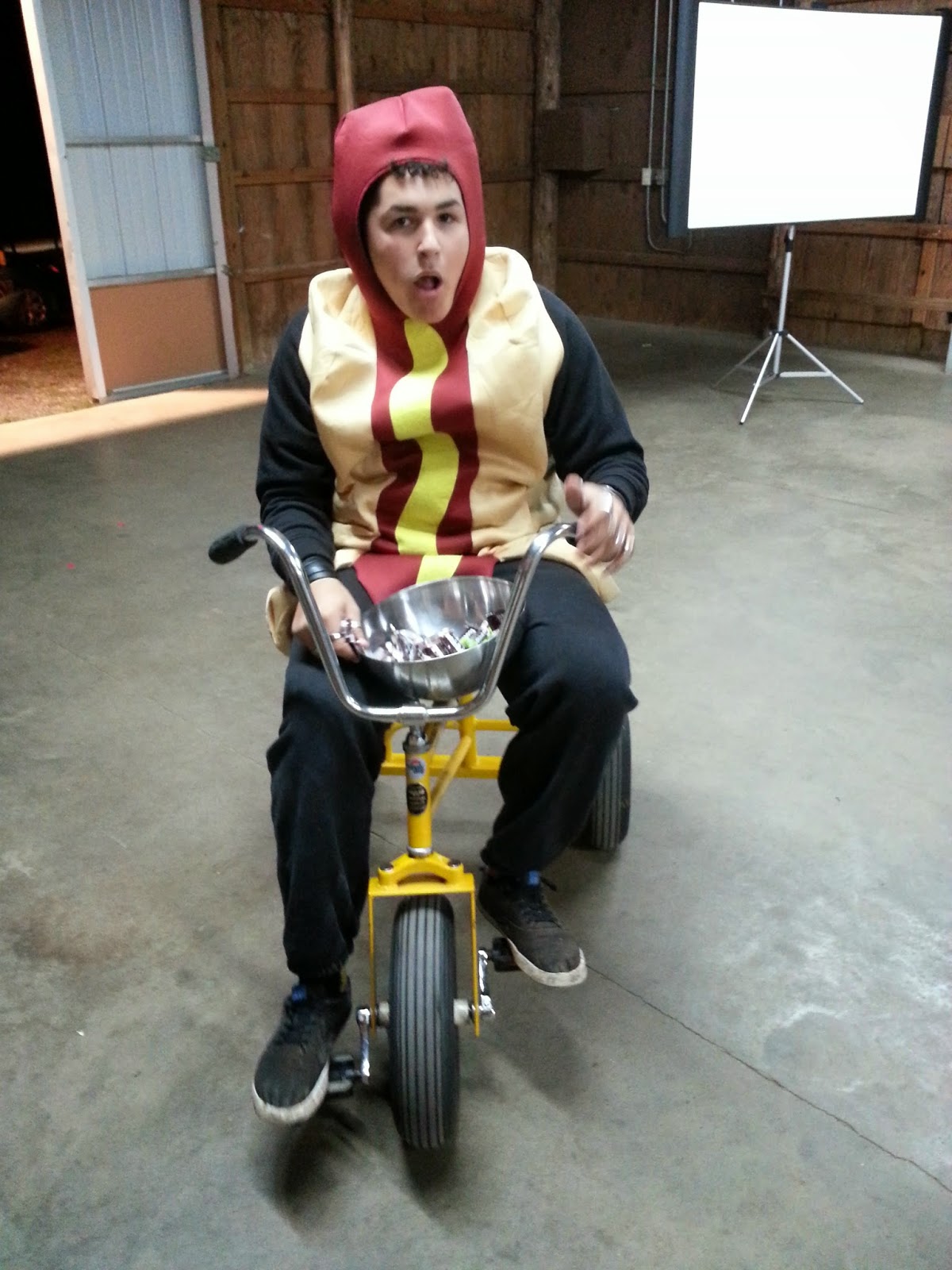