The Host With The Most

I had quite a few days off (from here and from work.)  Honestly, I didn’t want to come back to either one.  I pretty much had to go back to work (since I’m not independently wealthy) and coming back here, well, I sorta missed it.  I guess I can tell you what I did while I was gone.

Our local mountain biking club, the Tarheel Trailblazers played host to other clubs from all over the Southeast for the SORBA Board of Directors meeting.  I took last Friday off to take care of any last minute items.  Since there wasn’t much else to do (thanks to a ton of volunteers), I had the day to ride.  The plan was for TomTom and I to meet my homie Dan Z. and ride at the whitewater park.  It was the start of a few days of chilly weather up here, but a few miles in it looked like he was having a great time (and staying warm.) 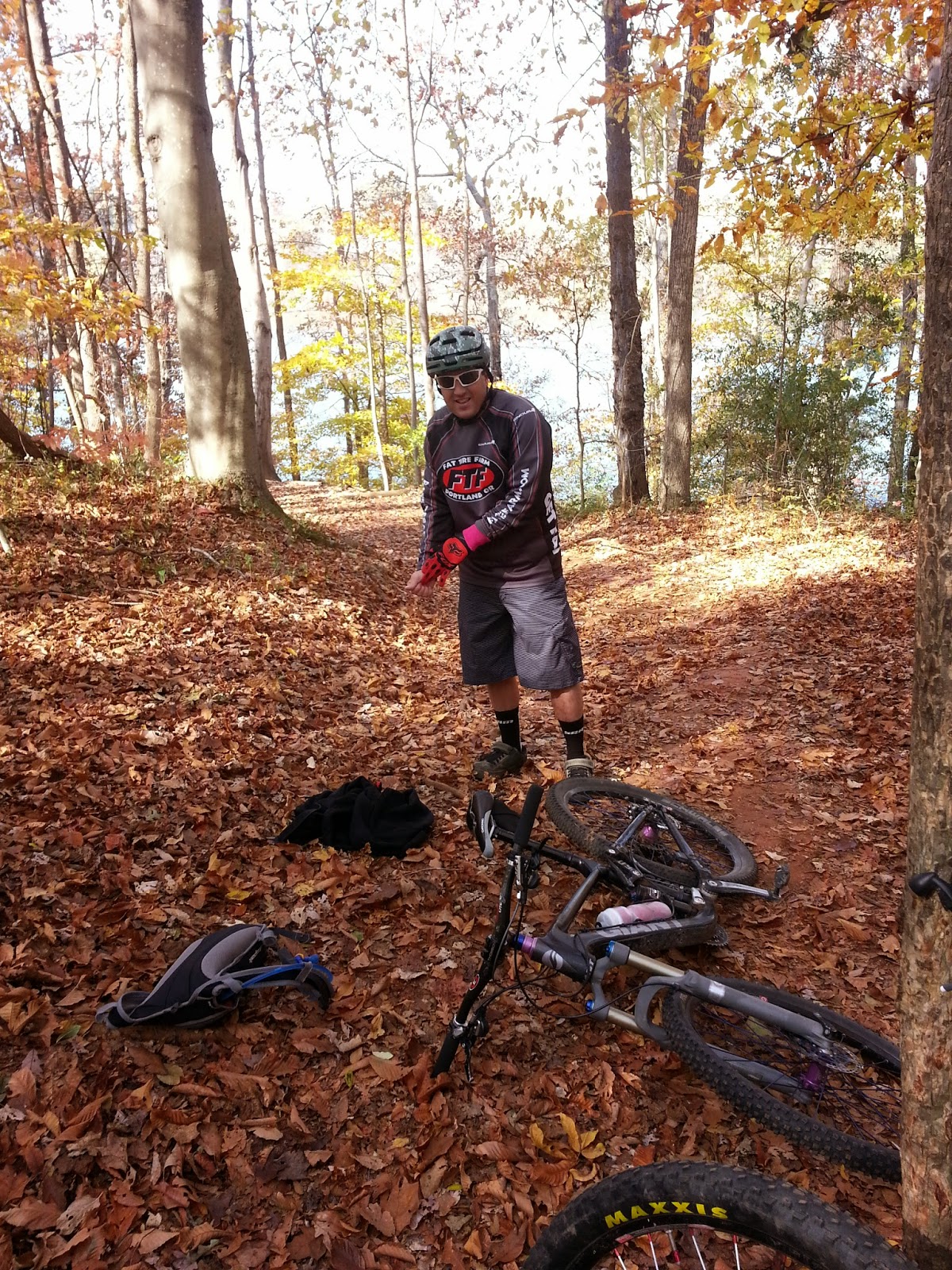 I’m sure it was because he came prepared to ride here in . 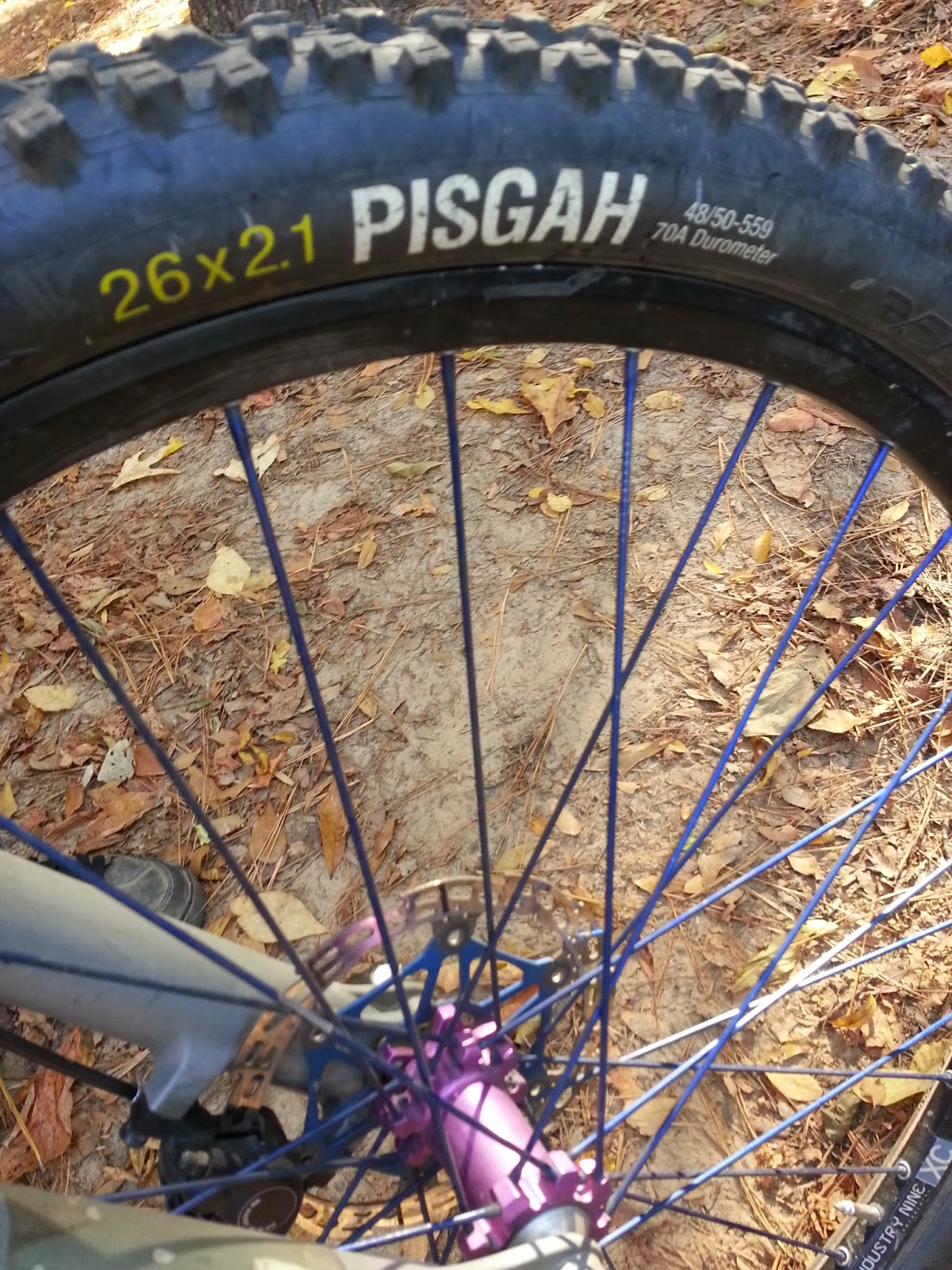 Dan is a good dude.  I rode with him last year in , and he’s been to NC quite bit.  In fact, he took a few days prior to our ride to hit some other stuff in the area, like Rocky Knob Park, Warrior Creek, and even Sherman Branch.  He has this strange way of ranking trails, which he calls his “Top 5.”  The funny thing is, there are over twenty trails in his “Top 5.”  I’m pretty sure that everything he rides ends up in his Top 5, since there is no official ranking system.  He rides it, it makes the list.  The whitewater park was no exception, because it didn’t take long before he announced that it had also made the cut.

I guess he has fun wherever he goes.

Anyway, after an abbreviated tour of the trails out there, we took a lunch break.  Two other guys from rolled in (Pete and J-Pow), and we hit the restaurant out there for some grub (and beer for me and Dan.)  The food was good, but our new guests were looking to ride.  Before our burgers had a chance to digest, we hit the trail again. 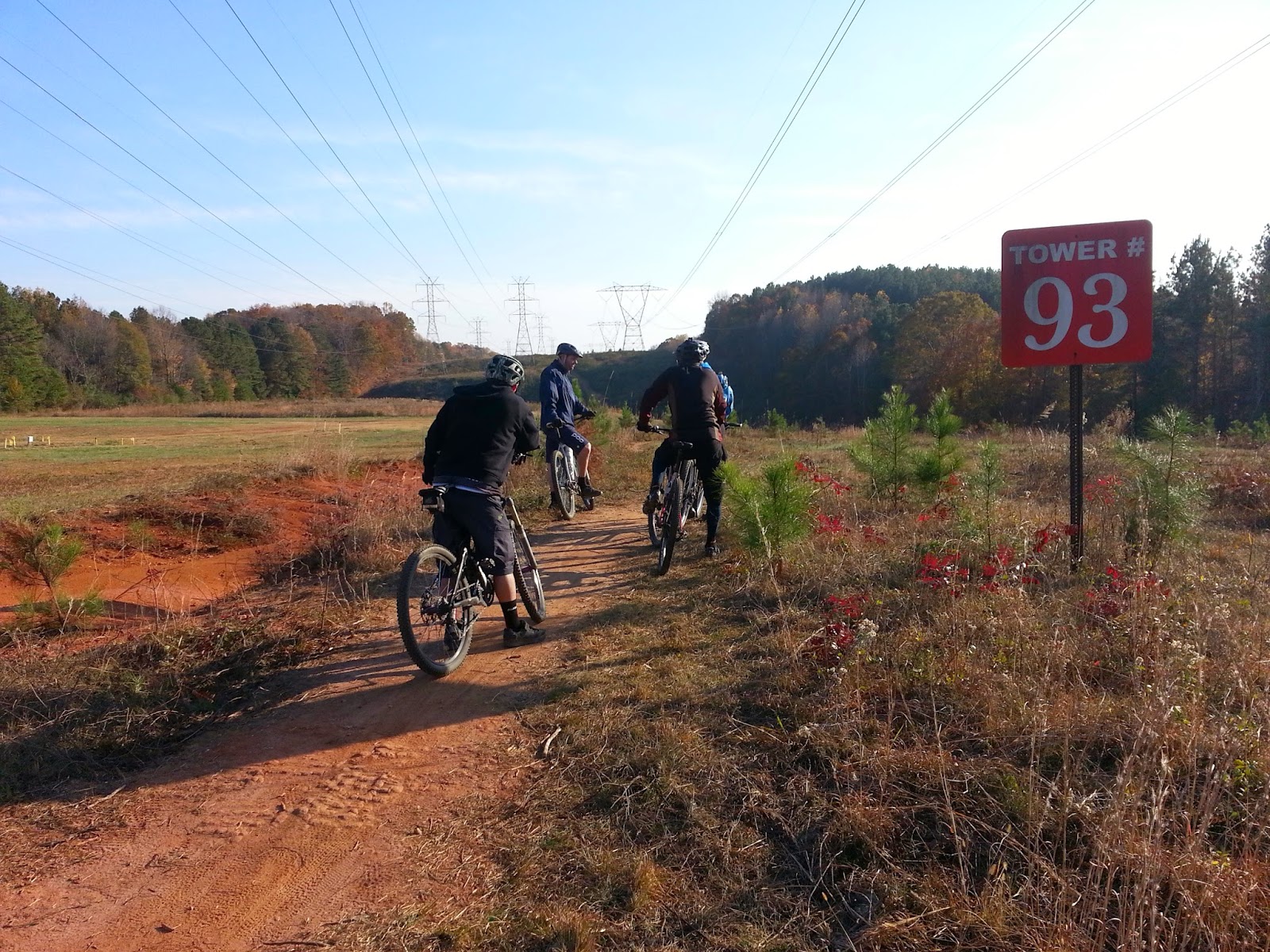 The new Tower 93 line is pretty awesome, and these guys too a few turns hitting the downhill, bermy, jumpy action.  I bowed out of the last run to get photos, and TomTom waited for the boys to do something spectacular. 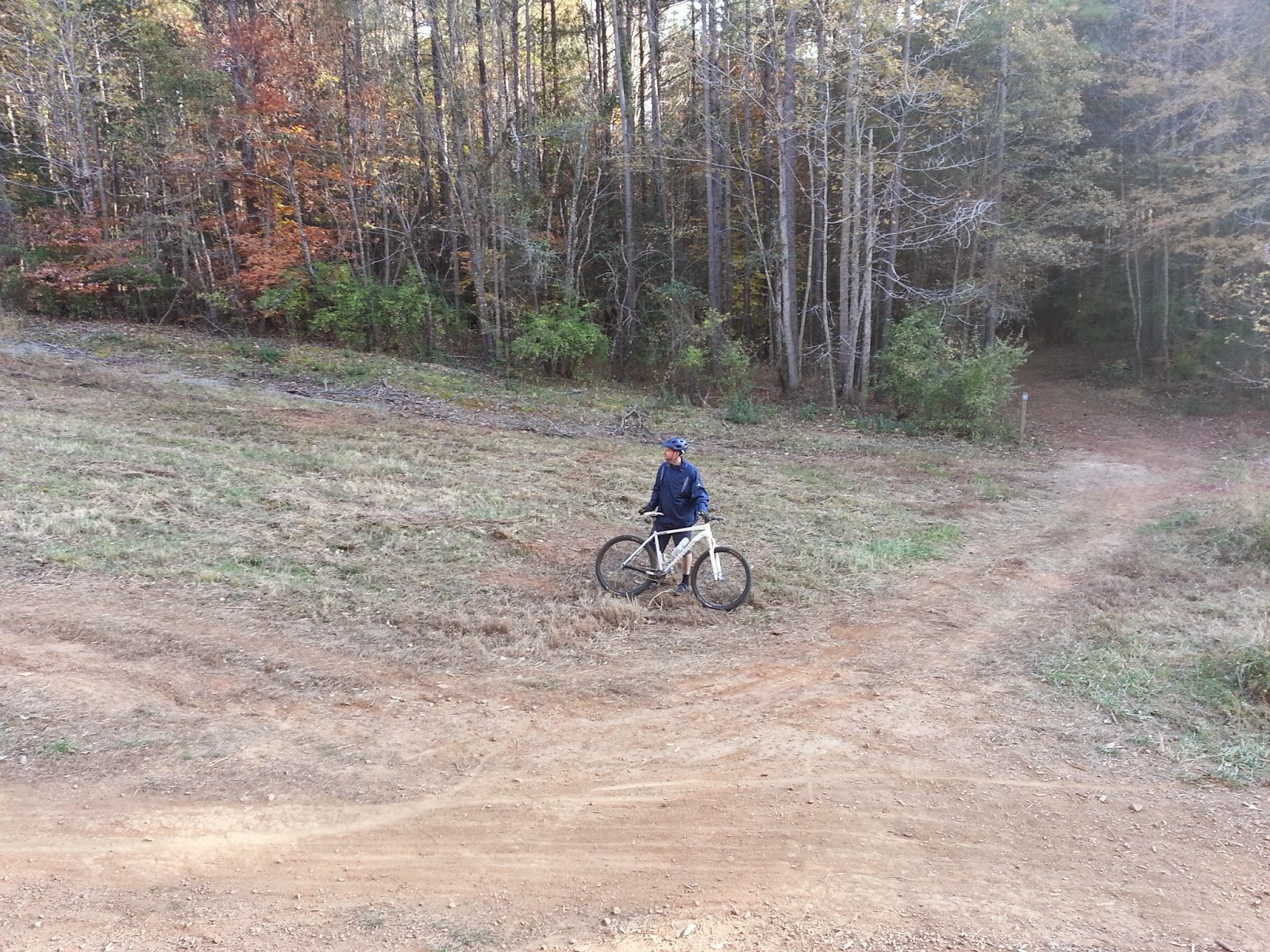 I think they really enjoyed it. 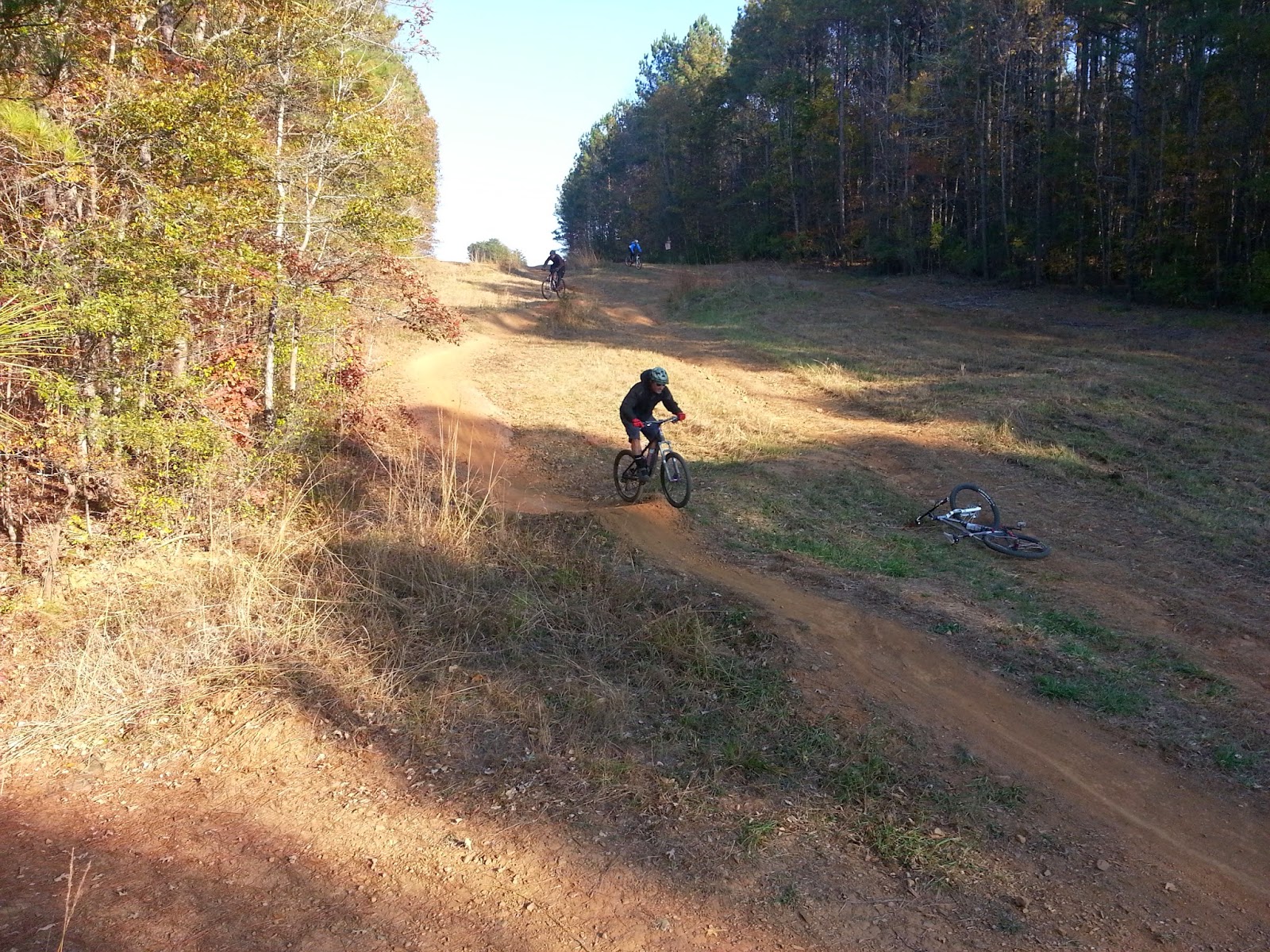 It was nice to hang with the Jax crew.  Being from my old home state, it was nice to play host to them in my new home state.  I think they had a lot of fun out there.  Hopefully they will come back soon and ride with us (when it’s a little warmer of course.)

It was a long day though.  Two rides with lunch (and beer) in between made for a great day off, but the “meeting” stuff was about to kick off.  I got cleaned up and headed over to host the rest of the out of towners at a new local brewery here in CLT. 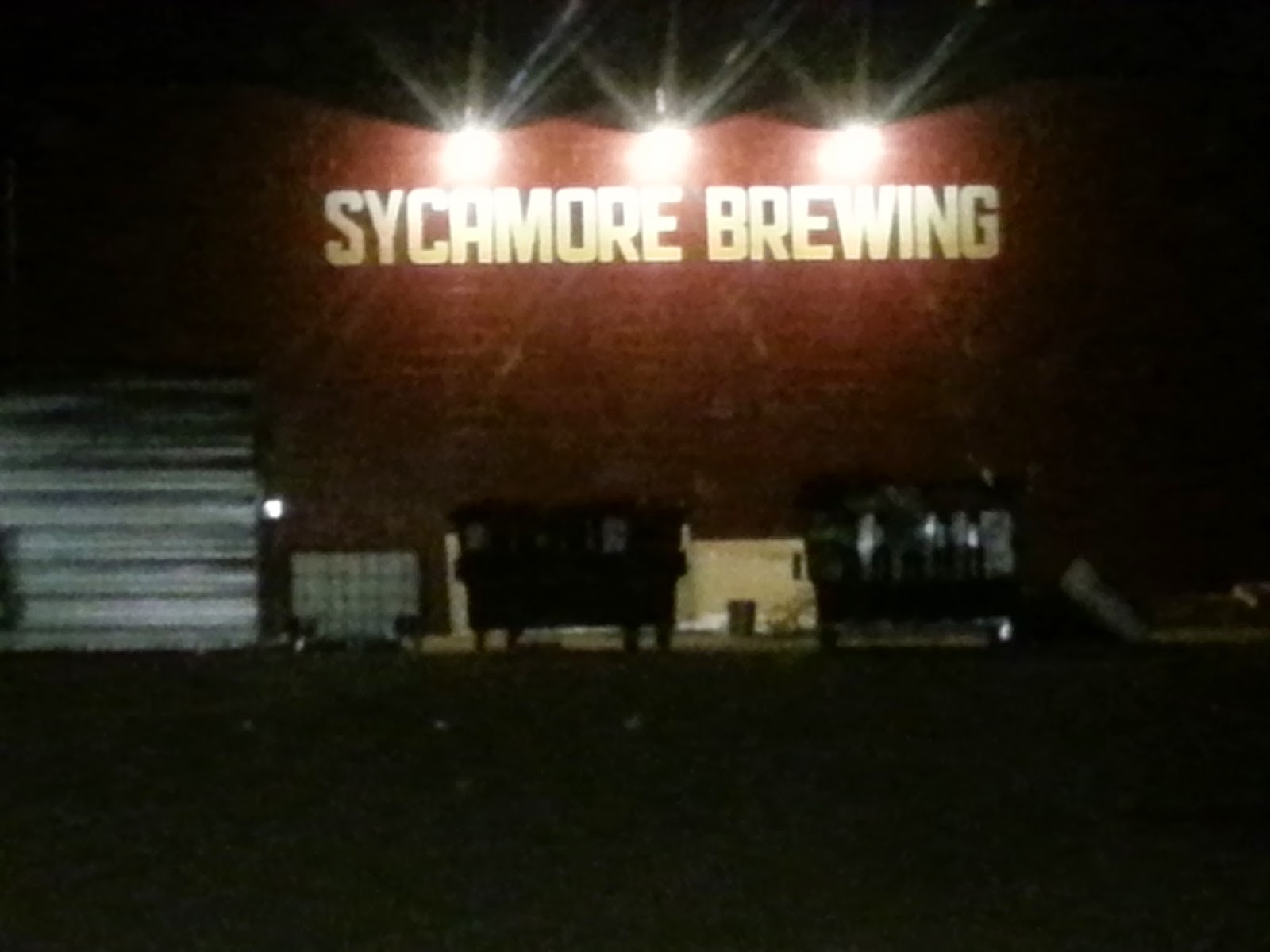 We had beer, met some new (and old) friends, and closed the place down with our shenanigans.  The next morning, the “real” meeting would start.  I had to get up at the crack of dark and I wasn’t looking forward to that part of it.

The rest of the weekend, well, I’ll talk about that tomorrow.

Huge thanks to the Jax crew for riding with us.  They are good people, and if you are ever down that way hit them up at SORBAJax.  It’s a helluva lot warmer down there and they have fun shit to ride too.
Posted by TheMutt at 9:02 AM