I’m not really being lazy today by posting up another music video. In fact, I’ve been working my ass off. None of it has been on the bike though, so that kind of sucks. It is wasted time indeed. I've actually been stuck at work all damn night (since yesterday morning and I’m still here by the way), so I really don’t have shit to say today. Since I usually post up every weekday, I thought that I owed all of you loyal readers at least some kind of nonsense.


Tonight is yet another race in the Summer Series, but it’s not looking good for me. Although the race is at one of my favorite places, Fisher farm, I don’t think I’ll be able to make it. Big deal I guess, since I’m not in jeopardy of loosing my spot in the standings, but it still sucks. After racing a hard-fought battle last Sunday at the Shootout On Anglers Ridge and working my ass of into the night, I don’t think I can even stay awake long enough to ride my bike. Damn it. I’m going nutty, and the bike is the only way to prevent it from getting worse. I guess I will have to cut my losses and shoot for next week. 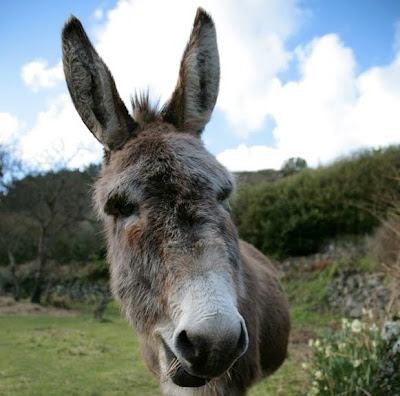 World domination my ass. I can’t even get my shit together for one measly race. At least I won’t come in last place this time though.
Posted by TheMutt at 6:37 AM