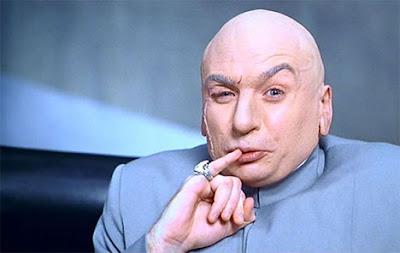 Even though we’re striving for big things around here at B-43, we obviously have a long way to go. Giant corporations are always taking over each other, wrecking the environment, and pretty much doing whatever the hell they want. Maybe we should slow down around here, so we don’t get lumped in with those turds.
These kinds of things happen in all sorts of industries, including bicycle companies. The latest has to do with Trek Bicycles, headquartered in Waterloo, Wisconsin. If you’re a fan of Lance Armstrong, then certainly you’ve heard of Trek. There are almost 2000 dealers across this great land, so it is a safe bet to say that they are pretty popular and successful.


What the hell does this have to do with the price of tea in China? Well, back in the early 1990’s, Trek acquired Gary Fisher Bicycles. Gary Fisher is a pioneer in the world of mountain bikes, with some even calling him the “inventor” of them. This probably made sense for all parties involved, and both brands have been successful throughout the years. Even though I always considered them both the same brand for years now, most purists could argue that they have always been two sepreate brands, but under one roof. I can’t argue with that, but now things are different. A couple of days ago, Trek announced that they are discontinuing the Gary Fisher brand, and marketing some Trek bicycles with what will now be known as The Gary Fisher Collection.


While some supporters of the (former) Gary Fisher brand may be disappointed, I think that it appears to be a good thing, at least marketing-wise (I’m no business analyst or marketing guru, so my opinion isn’t worth a damn.) It seems like these particular bikes will be a “fancier” model for the Trek brand to lure in new customers, all while keeping some of their loyal Fisher followers. We’ll see how it works out.
Why did I bring this up today? The thing that seemed a little odd to me about this whole thing is Mr. Fisher himself. Just check out the marketing video up on the Trek website:

I’ve always seen Mr. Fisher as a Daniel Boone-type pioneer for mountain biking, what with his early adventures in the sport (see the movie Klunkerz.) As an innovator and a mountain biking badass, the propaganda video on the Trek website looks a little flaky to me. It almost appears as if he was being forced to speak in the video against his will. Now, this might not be the case, so I could be wrong. Perhaps he is just one of those behind-the-scenes guys that doesn’t do well in front of the camera. Maybe they paid him a shitload of cash to “let his brand go” and remain on as a consultant. A noble gesture to one of the inventors of this sport I enjoy.


Don’t think that I have anything against Trek or Gary Fisher, because I certainly don’t. In fact, there are a couple of Trek bicycles in the B-43 shop, and they are ridden regularly. While I don’t own a Gary Fisher bike, it’s not because I didn’t want to. I just never bought one. Take all of this how you want. Corporations are going to do whatever they feel is best, and that may not always agree with what we as consumers feel is the right thing to do. My advice is to not worry about it and go ride your bike. Hopefully I’ll be able to do that myself here in the near future, so you won’t have to read about my views on corporate America anymore. I suck at politics, business, etc., so we are all in big trouble if I spend all my time blogging about that shit. See y’all Monday.
Posted by TheMutt at 8:11 AM

When deep space exploration ramps up, it'll be the corporations that name everything, the IBM Stellar Sphere, the Microsoft Galaxy, Planet Starbucks....