When I left off yesterday, I had my trusty map in hand as we decided which way to go. Sure, we were out there to ride bikes, but we thought it would be a much better experience if we tried to see a few more waterfalls. We planned the route, hoping to stay safe on the trail: 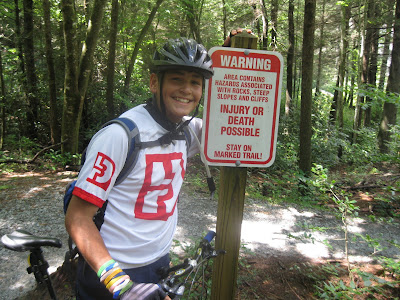 As we left Bridal Veil Falls, we headed up a fireroad to our next destination. The ride was nice, even though it wasn’t singletrack. We saw some nice sights on the way, including this little river: 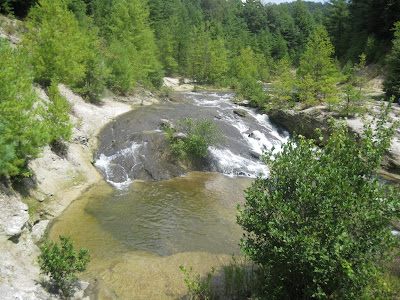 We continued on, and briefly considered hitting some of the optional trails that looped off of the fireroad. We decided not too though, because we really had no idea how much riding we would have to do to get to the next waterfall. Suddenly though, a beautiful covered bridge appeared in the distance: 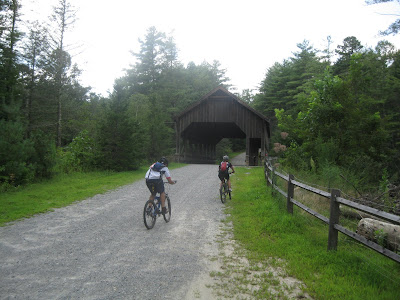 This bridge crossed another river, and it happened to be at the top of High Falls. We peered over the side and took a look: 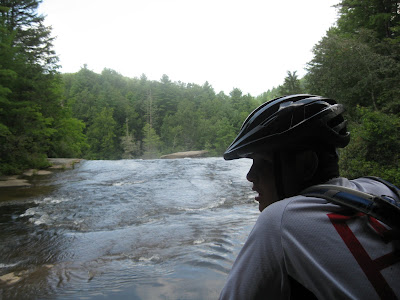 This looked like a good stopping point, so parked our bikes and hung out for a while. Little Miss Sunshine gulped down some water and I caught her in the act: 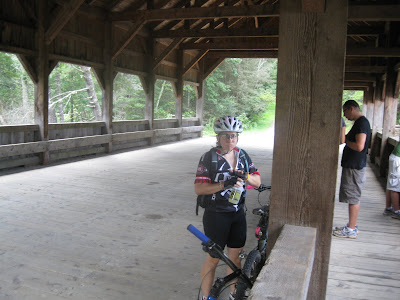 She quickly grabbed the camera and caught Lunchbox and I looking over the falls: 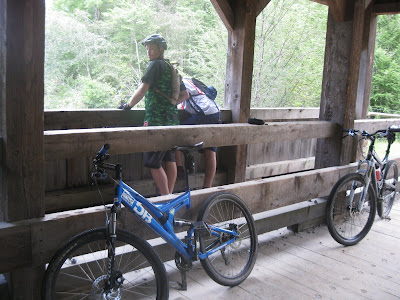 I regained control of the camera and took this Awesome photo of my bike with my new Cane Creek sticker: 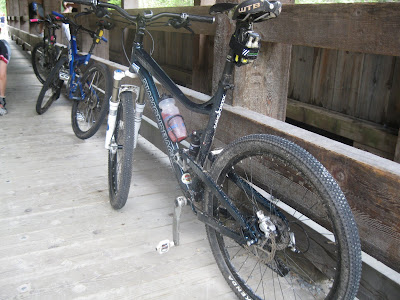 It looks like my bike was holding up, so we decided to head down to the bottom of the falls for a closer look. Here’s what we saw: 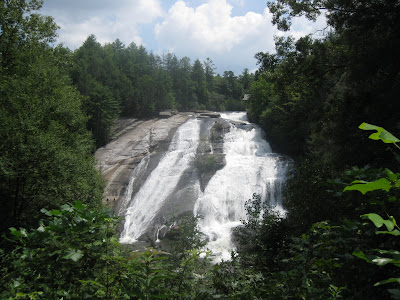 You can actually go down to the bottom of the falls, but we opted not to since the bikes would be unsecured. Next time we’ll bring a bike lock. Anyway, we hopped back on the road and we were in for a treat. Even though it was still fire roads, it was swooping, super-fast downhill action. We all flew down the hill to the next stop. Right up the road was the next waterfall. Triple Falls, as I recall: 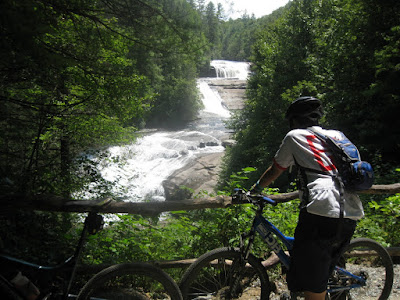 We stayed there for a while, just taking it all in. I’ve never seen this much beauty on a mountain bike ride before, and I was happy. Lunchbox was enjoying it too, because he just plopped down on a pile of rocks to stare at this natural wonder: 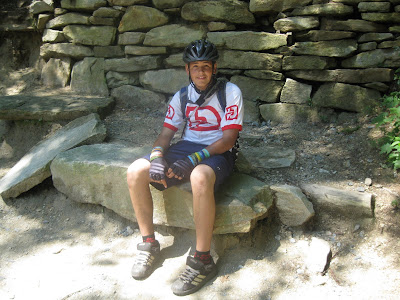 Little Miss Sunshine snagged some passers-by to have them take a group photo, but I guess I wasn’t ready: 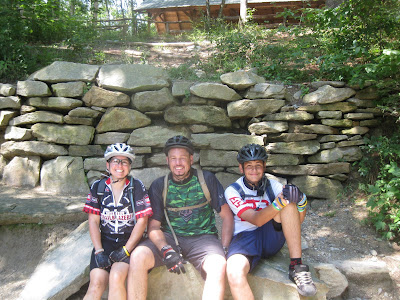 Did I mention that we were there to ride mountain bikes? Well, we did get some actual trail riding in. The waterfalls were incredible, and so was the actual trail. We hit a few things on the way back to the parking lot.

Someone left a nice log on the trail for me to ride: 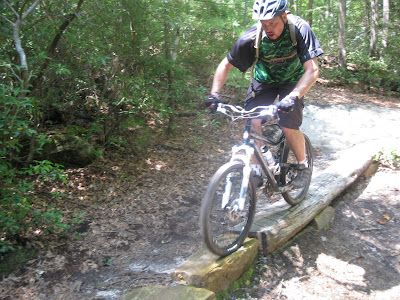 Little Miss Sunshine decided to show off her climbing skills: 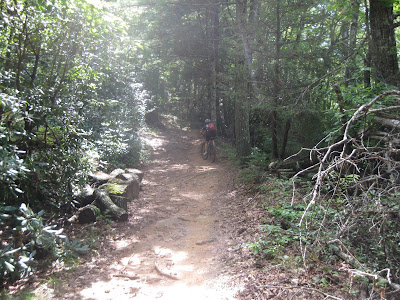 Not to be outdone, Lunchbox saw a rock that he wanted to ride over: 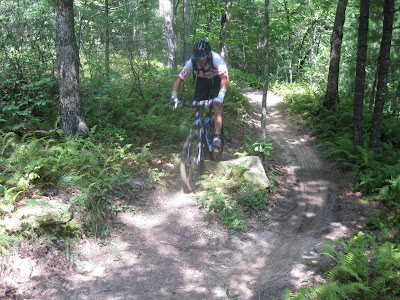 We capped off our day by hitting up the best Mexican restaurant in the area, Papa’s and Beer: 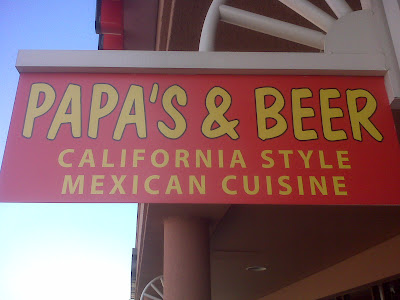 While the food was indeed awesome, it was the beer that I found the most refreshing: 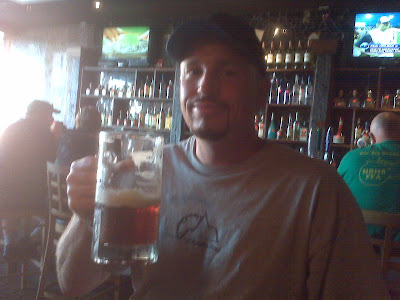 What a great day. DuPont is absolutely my favorite place to ride now, and I can’t wait to go back again. I’m pretty sure the rest of the family will be asking to go again soon too. Hey, Dirty Party Cycle, you in? I hope you don’t miss the next trip out there, which will be very soon I might add. Also, any of you other locals that want to plan a trip out there, just let me know. I’ve got the fever for sure. The only cure? More waterfalls. Later.
Posted by TheMutt at 7:58 AM