I know it’s been a few days since I was here, so that means I have some catching up to do. I just got back to the B-43 Worldwide Headquarters last night, and I’m pretty happy to be back in North Carolina. It was nice to visit the place where I grew up and all, but like they say, “There’s no place like your (new) home.”


A recap of the vacation festivities is in order, so I’ll start with the first day of the mountain biking adventures. Since I spent the first day down there catching up with some of my non-biking friends, the next day (last Friday) would be the day to pick up Lunchbox. Since I already had his bike with me, Mr. Shepherd and I loaded up everything and headed down the road to get my big boy. 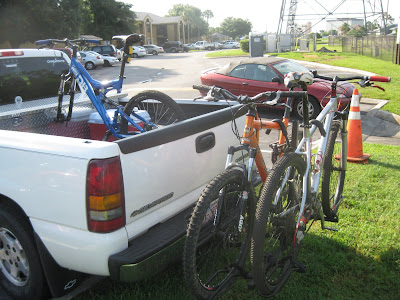 Lunchbox was ready to ride, until we told him where we were headed. The trail of the day was going to be Santos, just an hour and a half away in Ocala, FL. He had heard that it was a pretty tough place to ride, but I reminded him that he’s a big North Carolina mountain biker now, and he had nothing to worry about. After what seemed like a pretty short drive, we arrived at the trailhead. 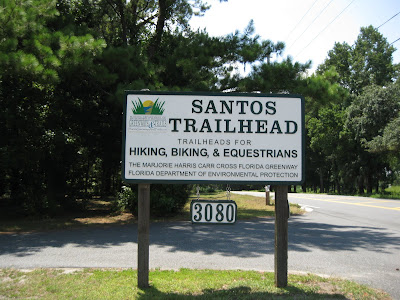 Even though Santos is kind of in the middle of nowhere, the trail is really easy to find. Just in case though, there are strategically placed signs everywhere so you can find where the mountain biking takes place. Just like this one: 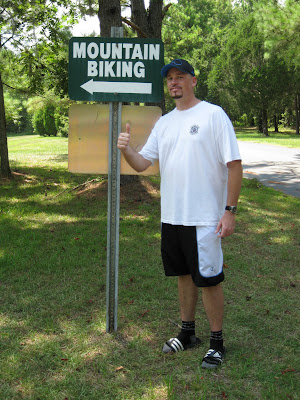 We got to the parking lot, and changed into our bicycling clothes. I used my previously unmentioned “Genital Non-Displaying Device” so no one could see my goods in the parking lot. Little Miss Sunshine makes these things, and of course I got the first one. Since Dicky had about a million more followers than me, I told him he could spill the beans on this wonderful new cycling accessory, and I would mention it sometime later. What the hell am I talking about? Check it: 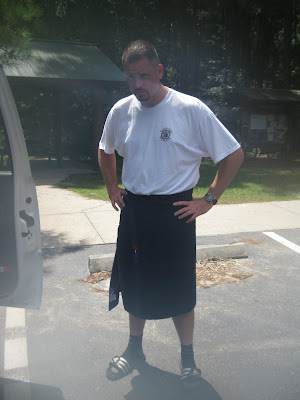 If you want one of these to keep your junk from floating in the breeze while you change in the parking lot of some trail, shoot me an e-mail at TheMutt43 AT gmail DOT com. I’ll put you in touch with Little Miss Sunshine so she can hook you up.


Anyway, after a brief almost nude parking lot episode, we hit the trail. The trails starts out as normal Florida singletrack, complete with pine needles, sand, roots, and oh yeah, it’s really flat. Pretty soon though, we approached the crown jewel of Santos, The Vortex. You cross a road from the trail to get to it, and then there’s a gate. You don’t just ride through the gate though, you ride over it. This was a sign of things to come: 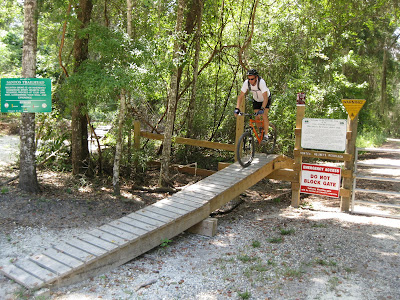 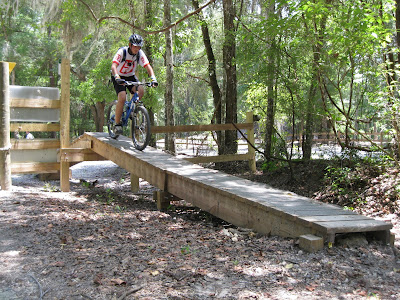 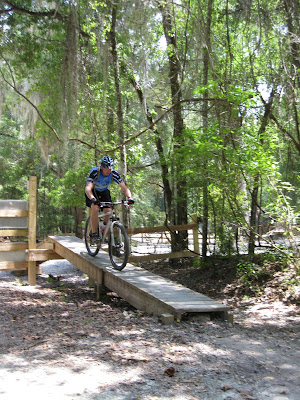 The Vortex is really cool, and it’s as close to my local trails as one can get. Lunchbox was tearing it up, as usual: 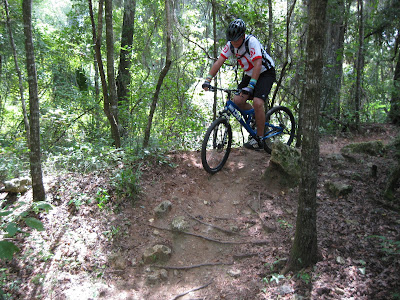 We climbed up on a hill (they have those down there sometimes), and we came up on an old limestone quarry. It gave the illusion of being in the mountains (at least somewhat anyway.) The views were kind of cool: 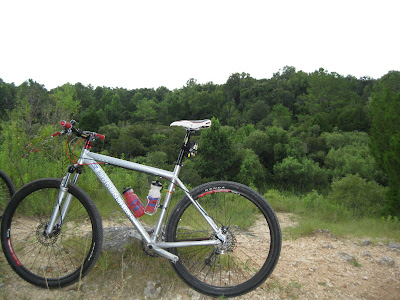 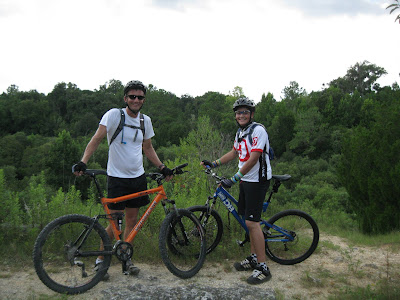 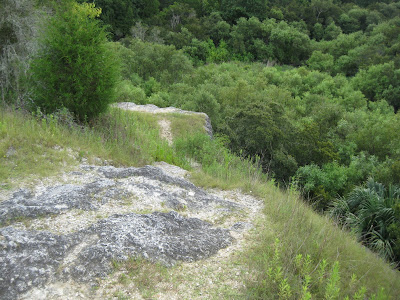 We continued on, and Mr. Shepherd found a nice long ladder bridge to play with: 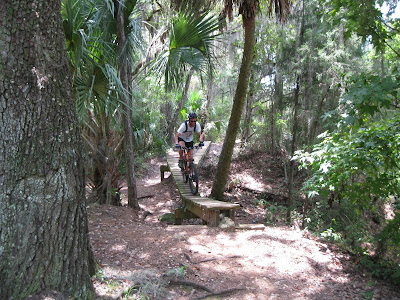 Lunchbox found a nice, North Carolina style drop, which he tackled with ease. He sure seemed happy to be back on his bike: 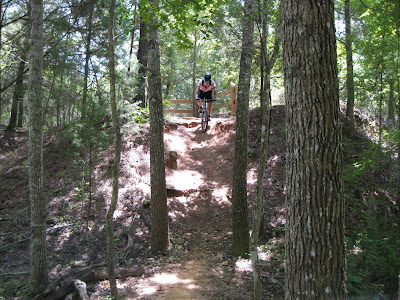 Santos is as fun as a barrel of monkeys, and we all enjoyed it. It was the first time that Lunchbox had ever been there, and he did a great job. It was about 900 degrees outside that day, with 200% humidity, but that didn’t keep us from having fun. We even saw a little wildlife out there, in the form of a super-spider: 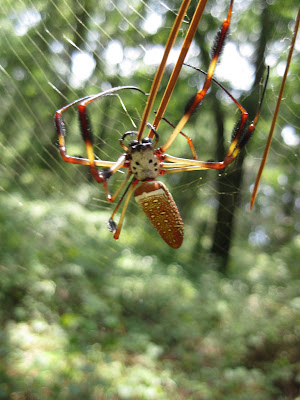 This guy made a web big enough to capture a small dog, or a mountain biker.


Good times, but this was only the beginning. There will be plenty more Florida mountain biking stuff in the next few days. Santos is in the books, so now we will work our way West of Orlando. Speaking of West, our good pal Senor Oeste joined us the next day. You’ll have to tune in tomorrow to find out what happened. Later, Gator.
Posted by TheMutt at 8:48 AM