That’s probably what I should’ve called yesterday’spost, but whatever. Actually, this title is more of a joke. My kid, Lunchbox, finally got some wheels.

We’ve been shopping around for a while (I told you that before, pay attention), and after searching high and low we found something. This was supposed to be easy. I mean, really easy. He wanted a vehicle, so my first idea was to offer up my truck to him. Free truck for him and I get to buy myself a new one. I like my truck. A lot. It’s taken me to far away bike adventures and given me a comfy place to sleep for the night so I’m kinda attached to it. Lunchbox has done most of his driving in it so I figured it was an easy sell.

Meh. I guess he has a point. Even though he’s a big fella, being a young, inexperienced driver probably makes this a bad choice. That’s cool. I didn’t want a new truck yet anyway.

So, I let him help pick something out. He wanted something small, good on gas, and practical. Practical? For a teenager? Yeah. You know, for hauling his friends around to the mall and junk. He still wants to ride his bike to work every day so I wasn’t sure what he meant. After looking at quite a few cars and scouring The Internets he starting zeroing in on his choice.

For some reason he picked a wagon. 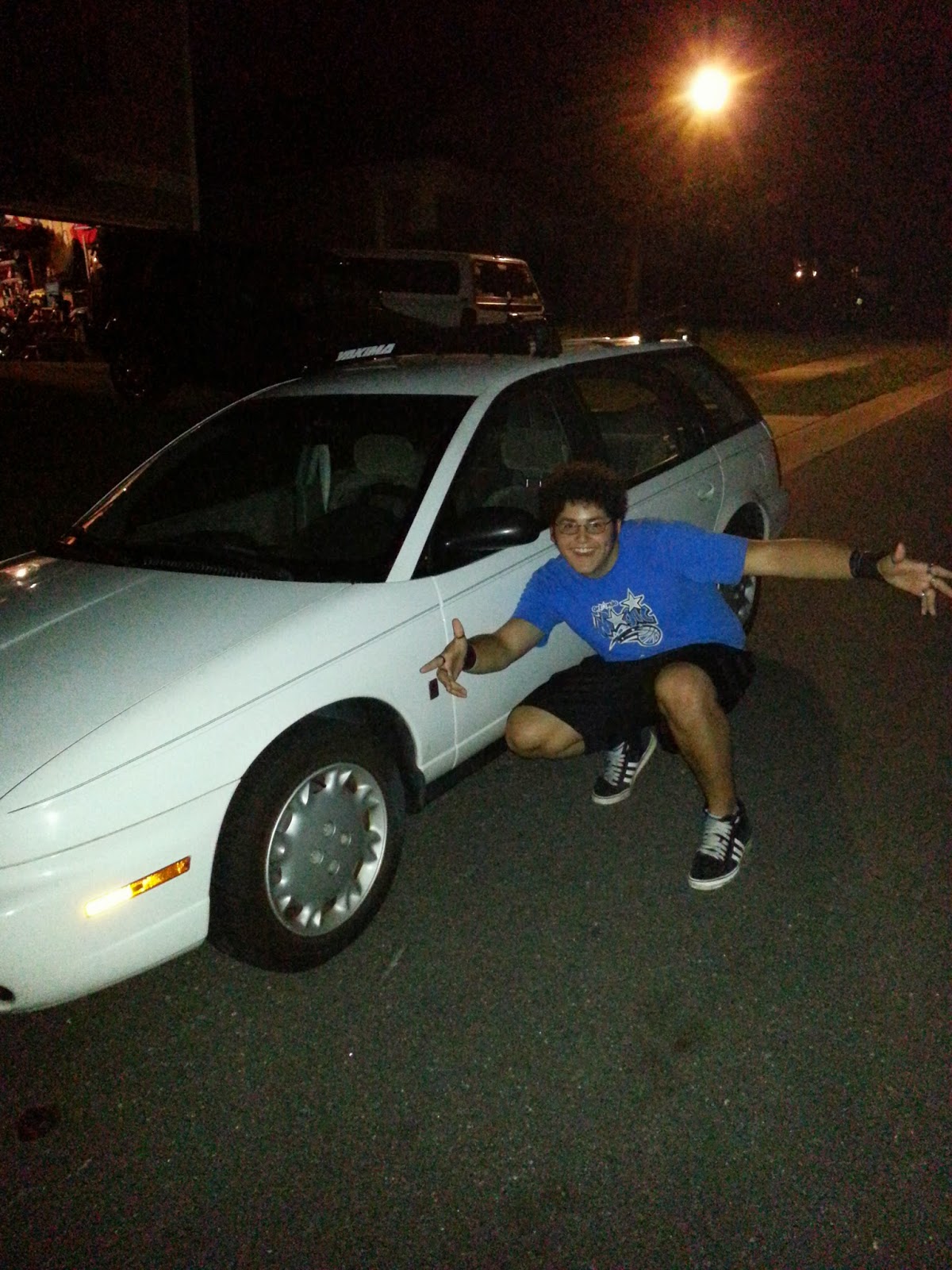 An old, yet still in great condition Saturn wagon. As you can see, he’s happy to have it. It has cold A/C, cruise, and all that jazz, and it even came with a Yakima roof rack (the guy who owned it before like to kayak.) It was mechanically sound, but needed a little routine maintenance. Instead of doing normal teenager stuff on Saturday, he stayed home and helped me get everything ship shape.

We changed the spark plugs, air filter, wiper blades, and such, and it runs tip top. And most importantly, we installed a Yakima tray on the rack for his bike. 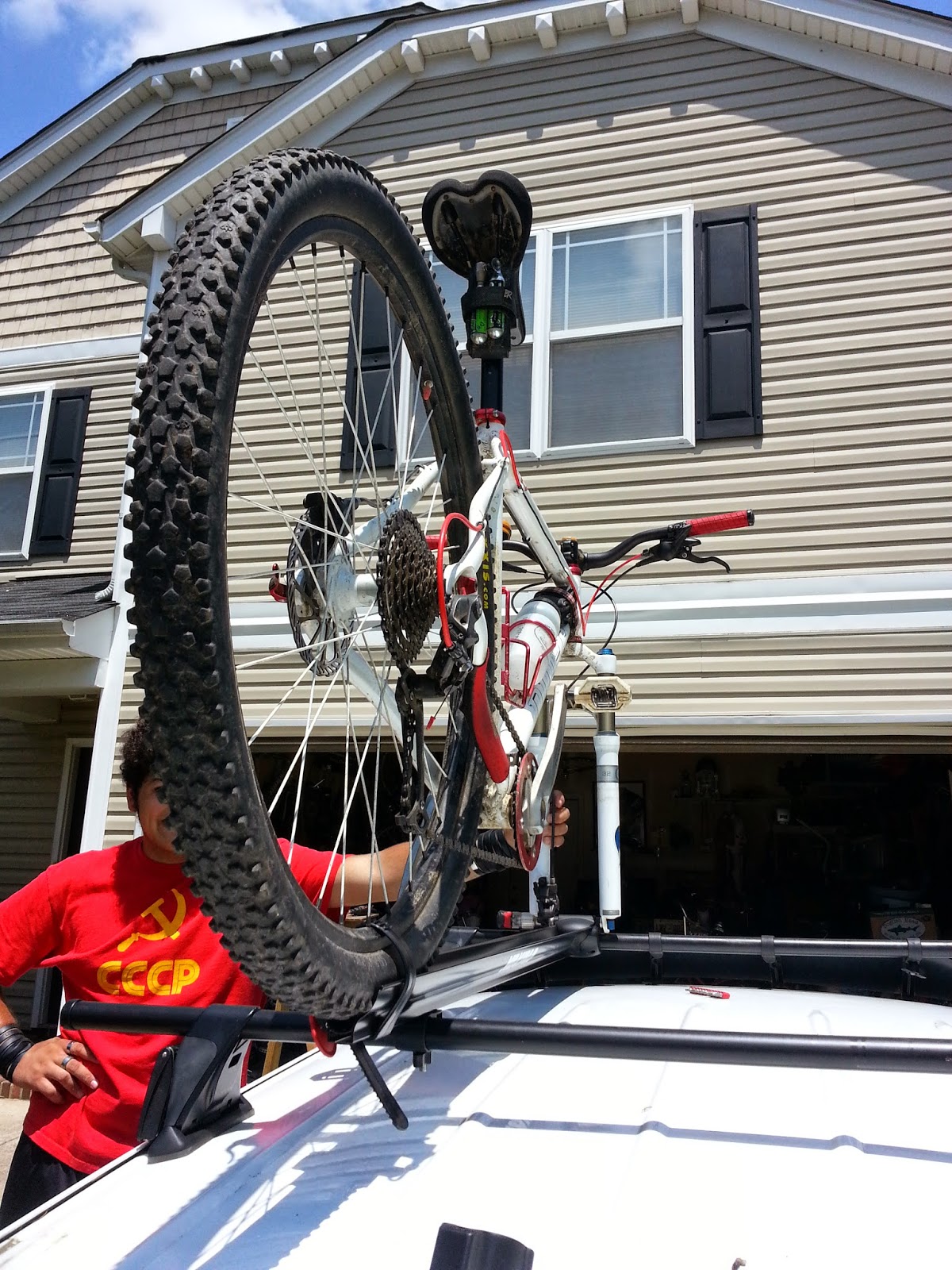 I had him put it on and take it off to make sure he knew what he was doing.

Now he can meet me after work for a ride any time, and he can even go off on his own bike adventures. We washed it too, and it cleaned up real nice. 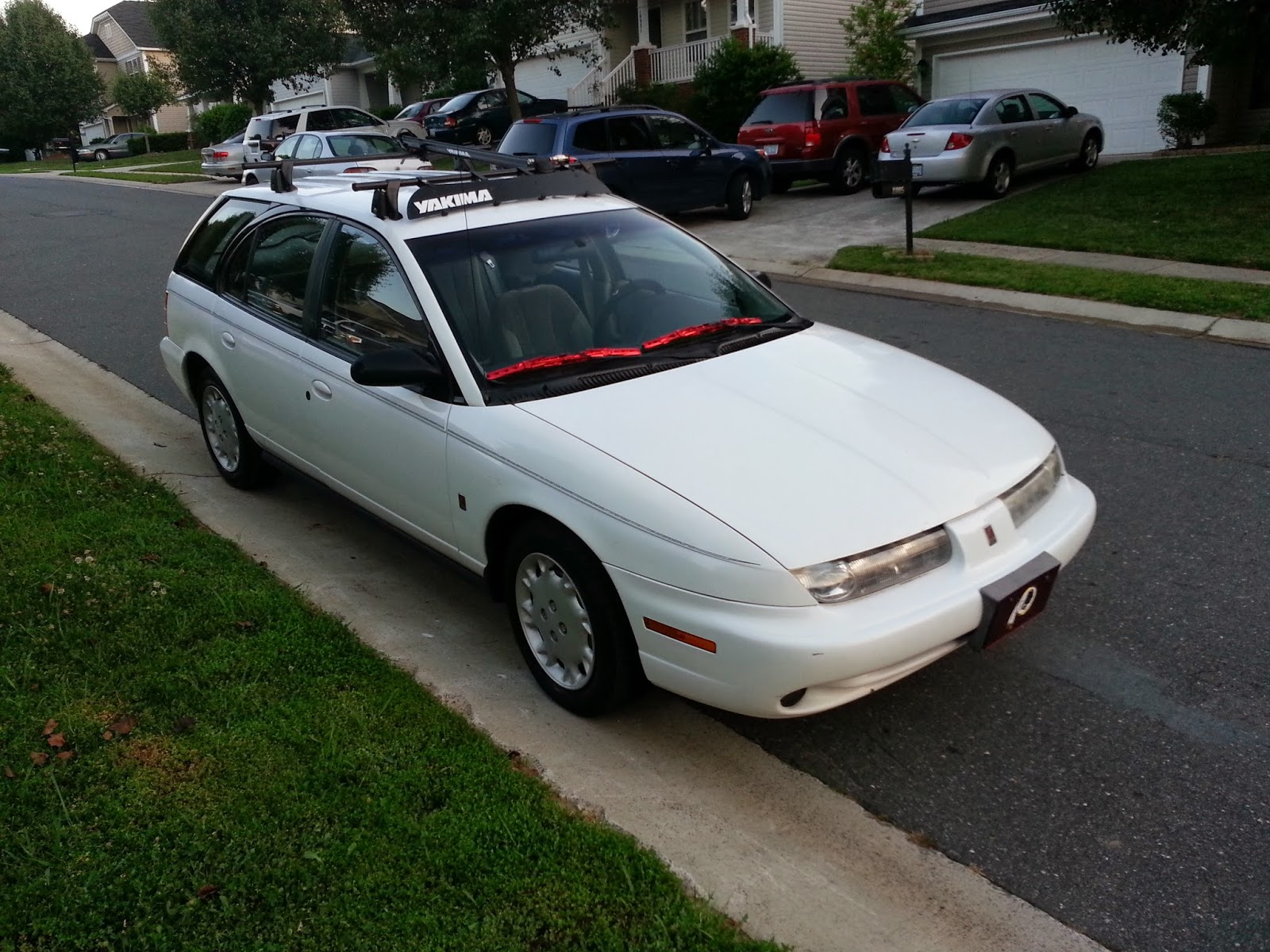 We spent the rest of the day driving around, and he actually drives it better than my big ol’ scary truck. I still don’t know how he (or myself for that matter) fits in it, but it’s actually kinda comfortable. It rides nice too. Most importantly, it’s his. This is a big day for a kid. You know, getting his first car all that. It may not look like much, but it’s got it where it counts. Having your first car is all about freedom, so I know he’s really happy.

If you see a little tiny wagon riding down the road with a giant man-child in it, make sure you wave. He probably won't wave back (both hands on the wheel, you know.)  He’ll give you lots of room though, since he’s a good driver and all that.

I’ll be in the damn nut house, because I can’t believe my kid is actually old enough to do this sort of thing.

Where did the time go?
Posted by TheMutt at 8:29 AM