Continuing on from yesterday...

I might have gotten a little Enduro™ up there in the hills. 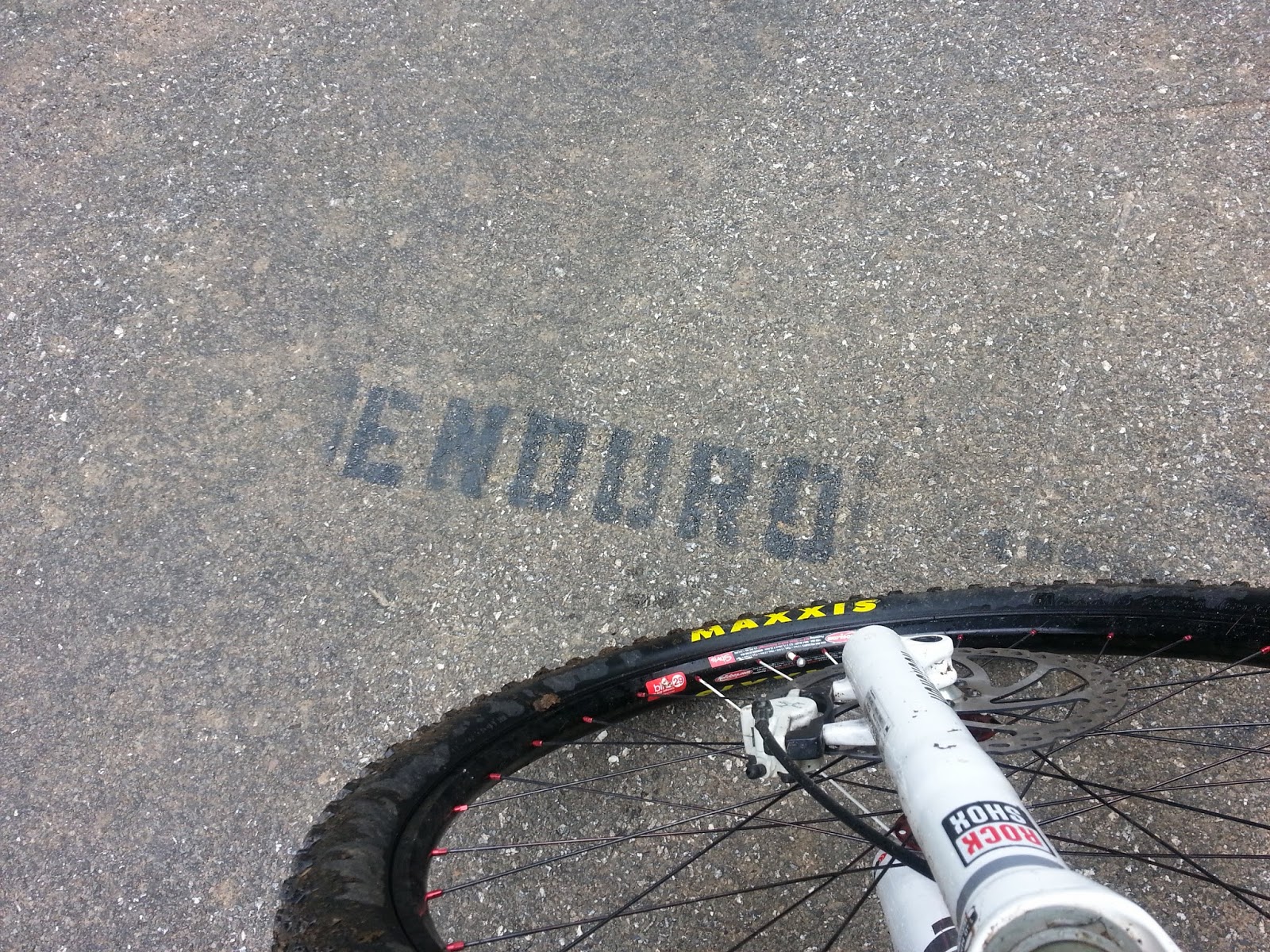 Anyway, we had a choice.  We stopped at the bottom of the climb on Mill Creek Road and had a little rest to figure out what to do. 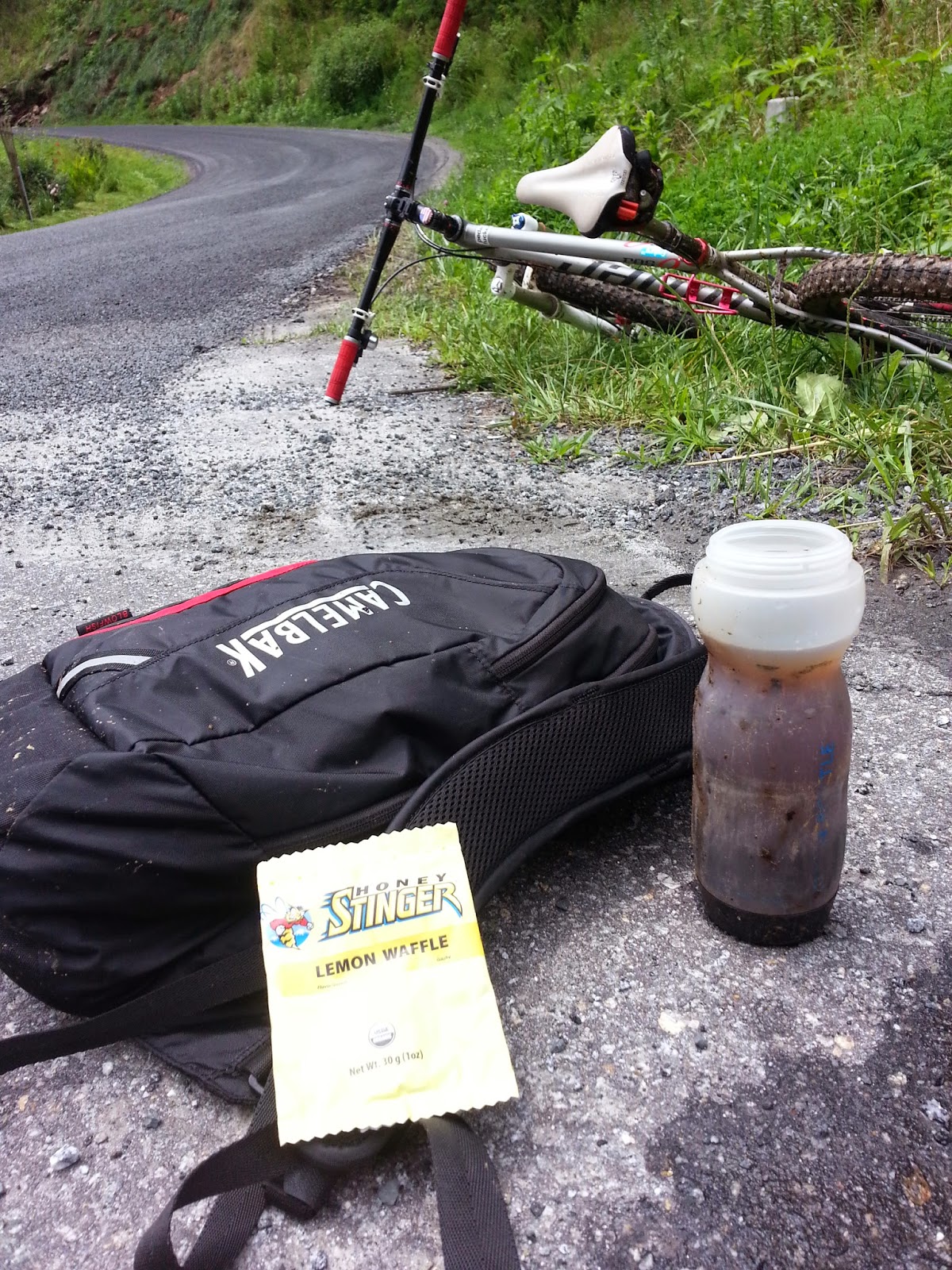 Mike had worked really hard so far.  Lots of climbing, some tricky descents, and asking his body to do something it hadn't yet done.  I offered a choice:  take the road back to town or keep climbing to finish the course.

I wasn’t sure what he would choose quite honestly.  The ride back to town wouldn’t have been bad, since it was mostly downhill and all on the road (and something like a little over five miles.)  If we continued though, it would be over three miles of gravel/paved road climbing, followed by steep switchbacks up to the top of Kitsuma (and then down of course.)  He decided to keep going.

I was surprised, but happy that he was willing to keep grinding it out.

So we climbed.  Right up .  It was steady climbing, and even though he was hurting he wasn’t about to give up.  It took quite a while, but eventually we got to where the Point Lookout trail intersects the road.

One of Eastwood’s friends was there. 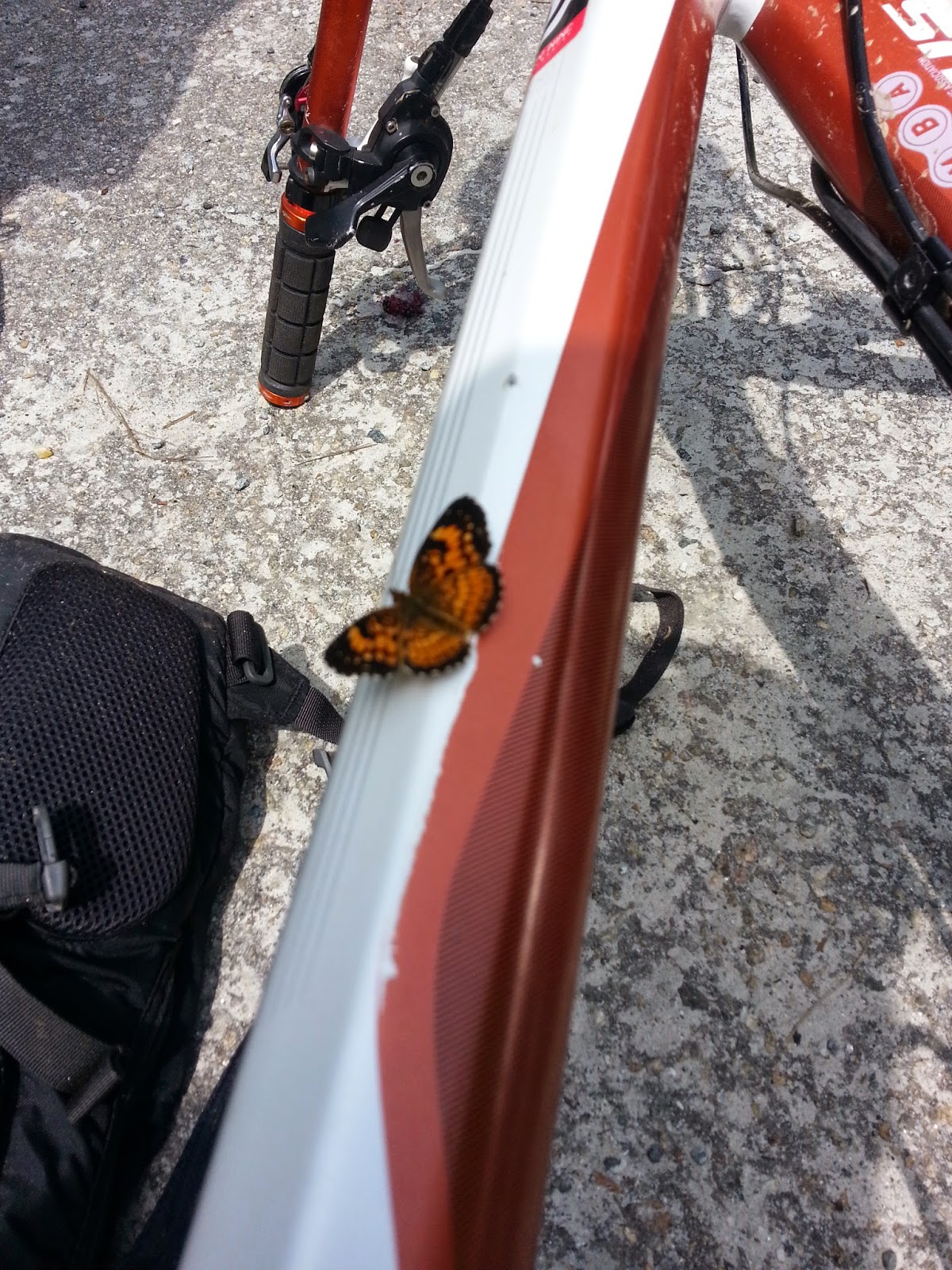 Mike was tired, but I told him we were almost there.  Once we finished the road up to where we turn off for Kitsuma, we were rewarded with a nice view. 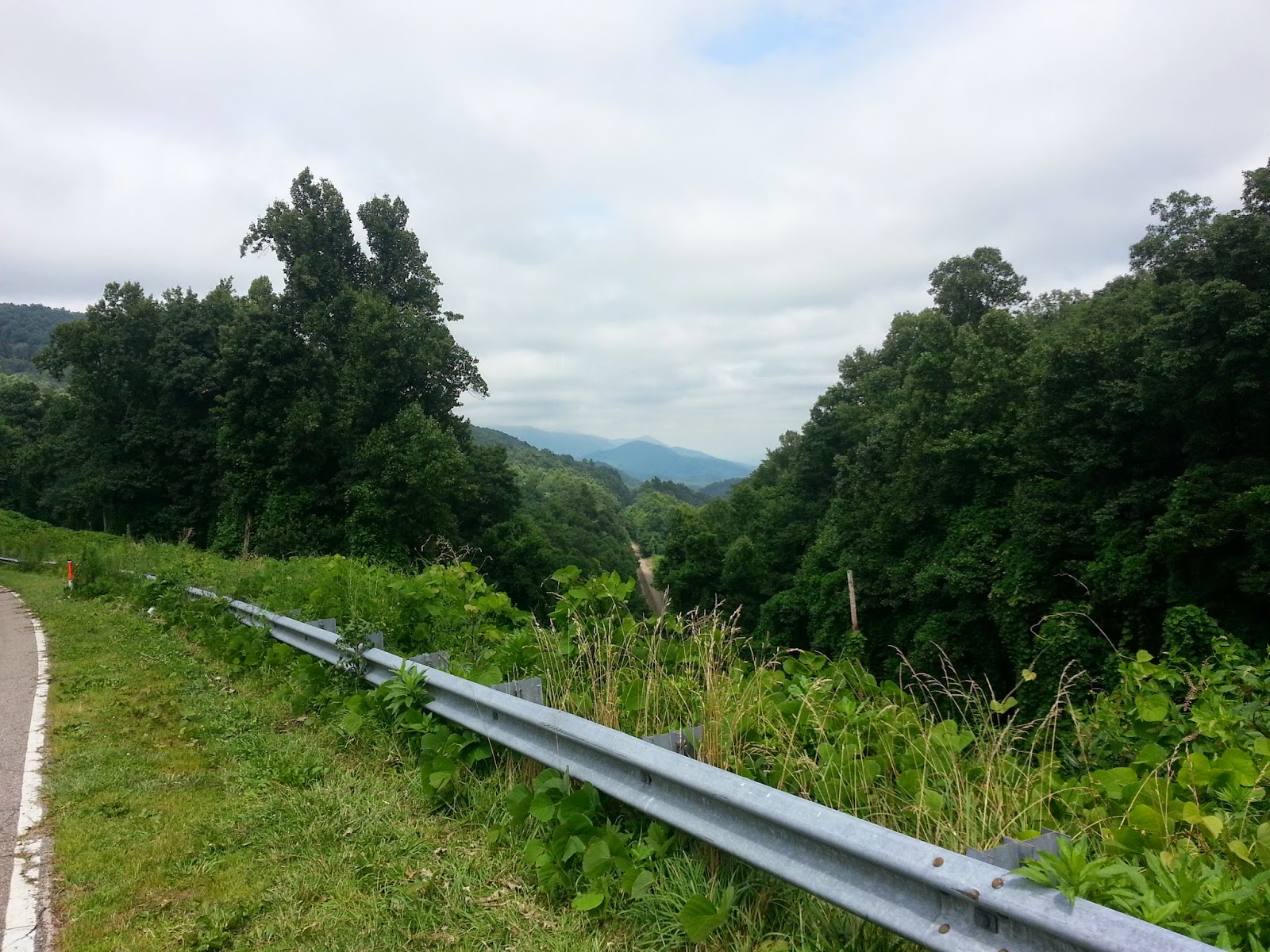 We turned down the road towards Kitsuma.  It turned into singletrack, then turned into ugly.  Steep switchbacks were there to greet us, and Mike gave it everything he had to get through.  The reward would be lots of fun downhill, so I’m sure that’s what kept him going (it gets me through that section.)  We stopped on a lookout before the top to take a break, and we had a good view of the interstate below. 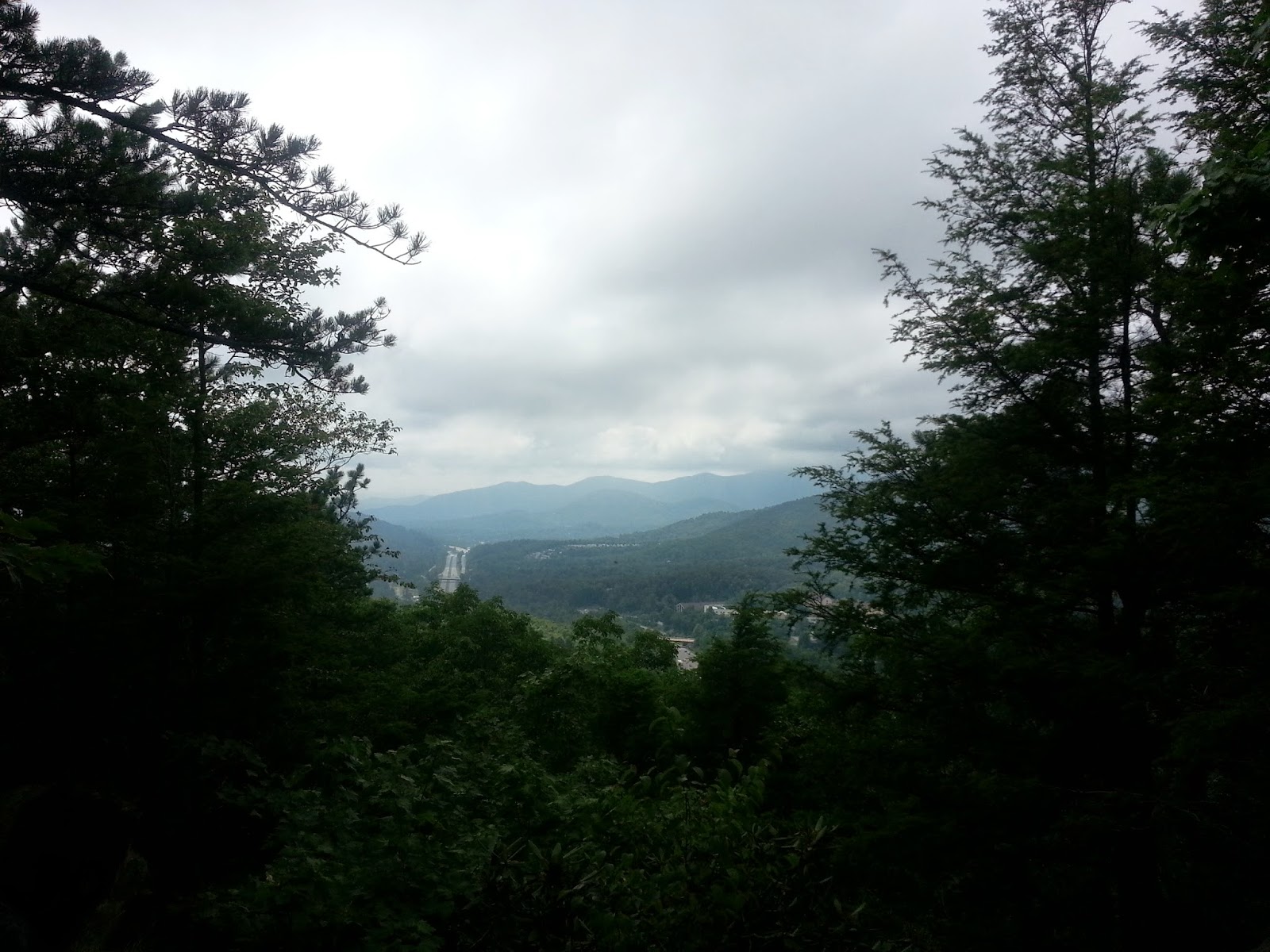 I’ll contrast that photo with one taken a short while earlier, when the trail started at the same elevation as the interstate. 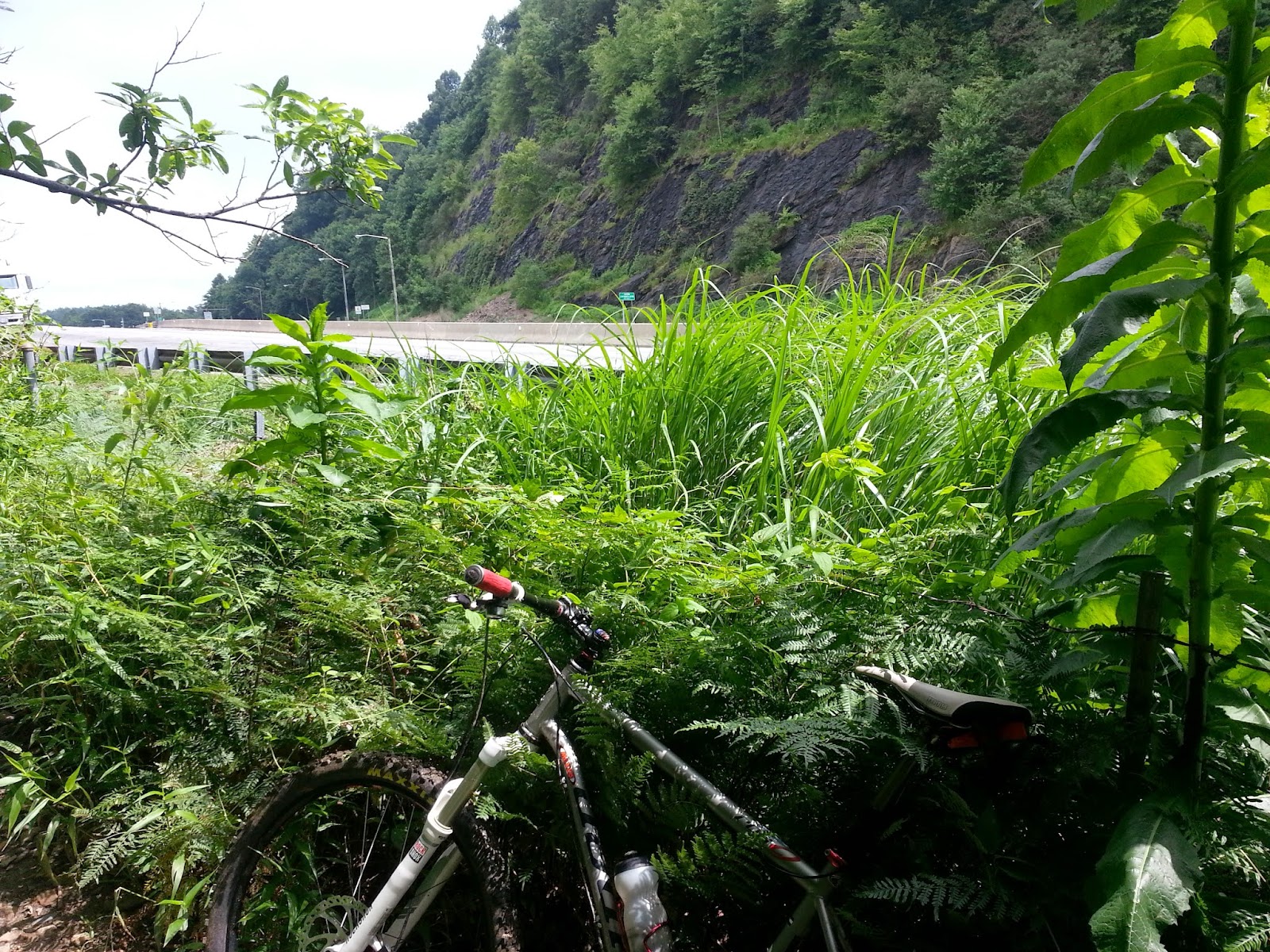 We climbed a lot.

“Just a little more climbing”, I told Mike as we left there.  All we had to do was hang on just a bit longer and we’d be rewarded with fun downhill all the way back to the parking lot.  Once we started down, it was fun.  The trail was a little tricky in spots since it was wet here and there, but it kept things interesting.  Sideways wet roots almost caused certain death at times, but the pucker up feeling is what makes that descent so fun.  We screamed down the mountain, and after what seemed like mere minutes we arrived at the bottom. 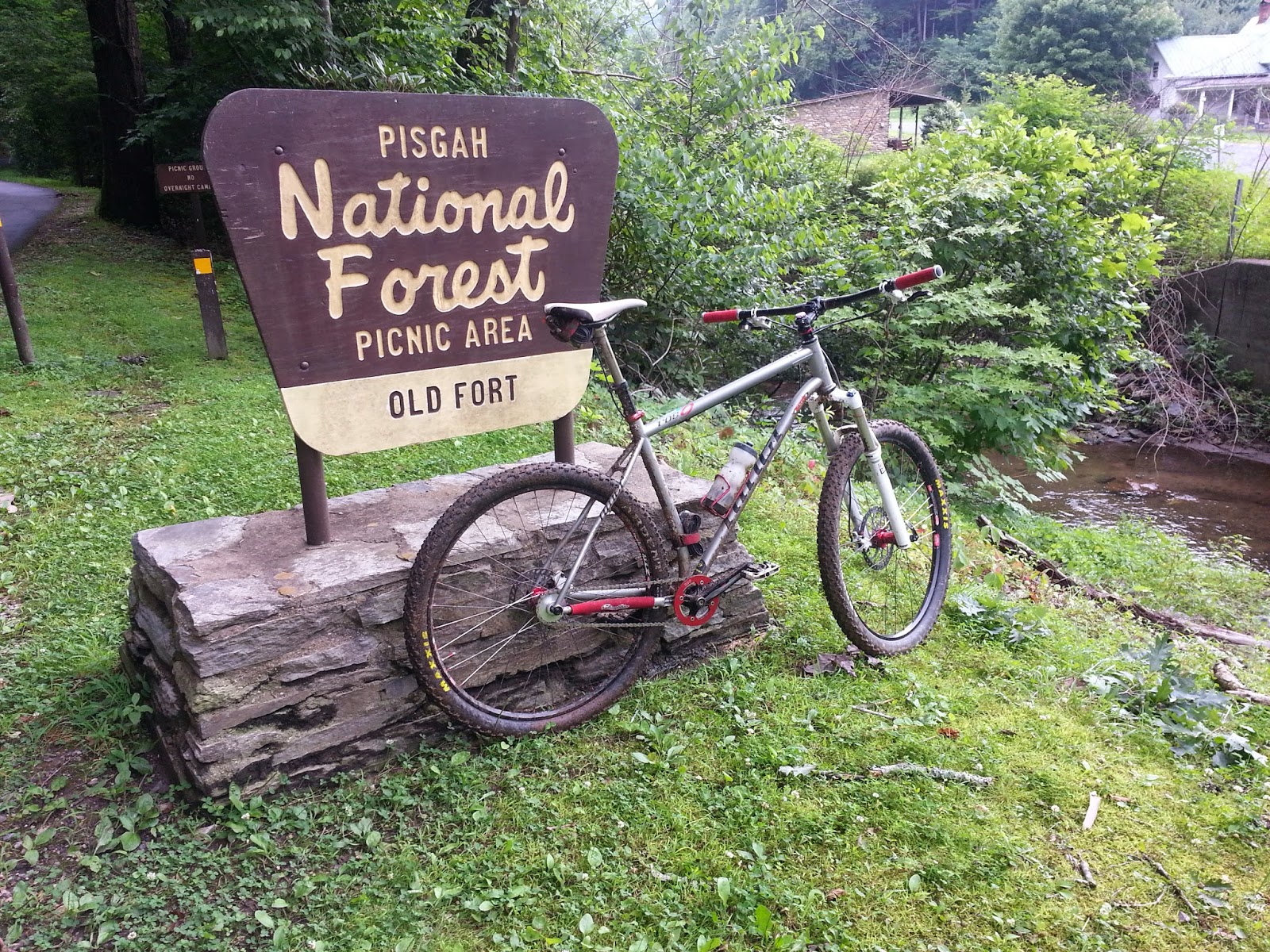 The only thing left was the ride back to town, and since it was just about all downhill it went by quickly.  We were done, and most importantly, Mike completed his longest mountain bike ride (in the hills, which should count extra.)  We hung out for a while, cleaned up, and headed down the road for some grub.

We sat down and it was time to EAT ALL THE THINGS! 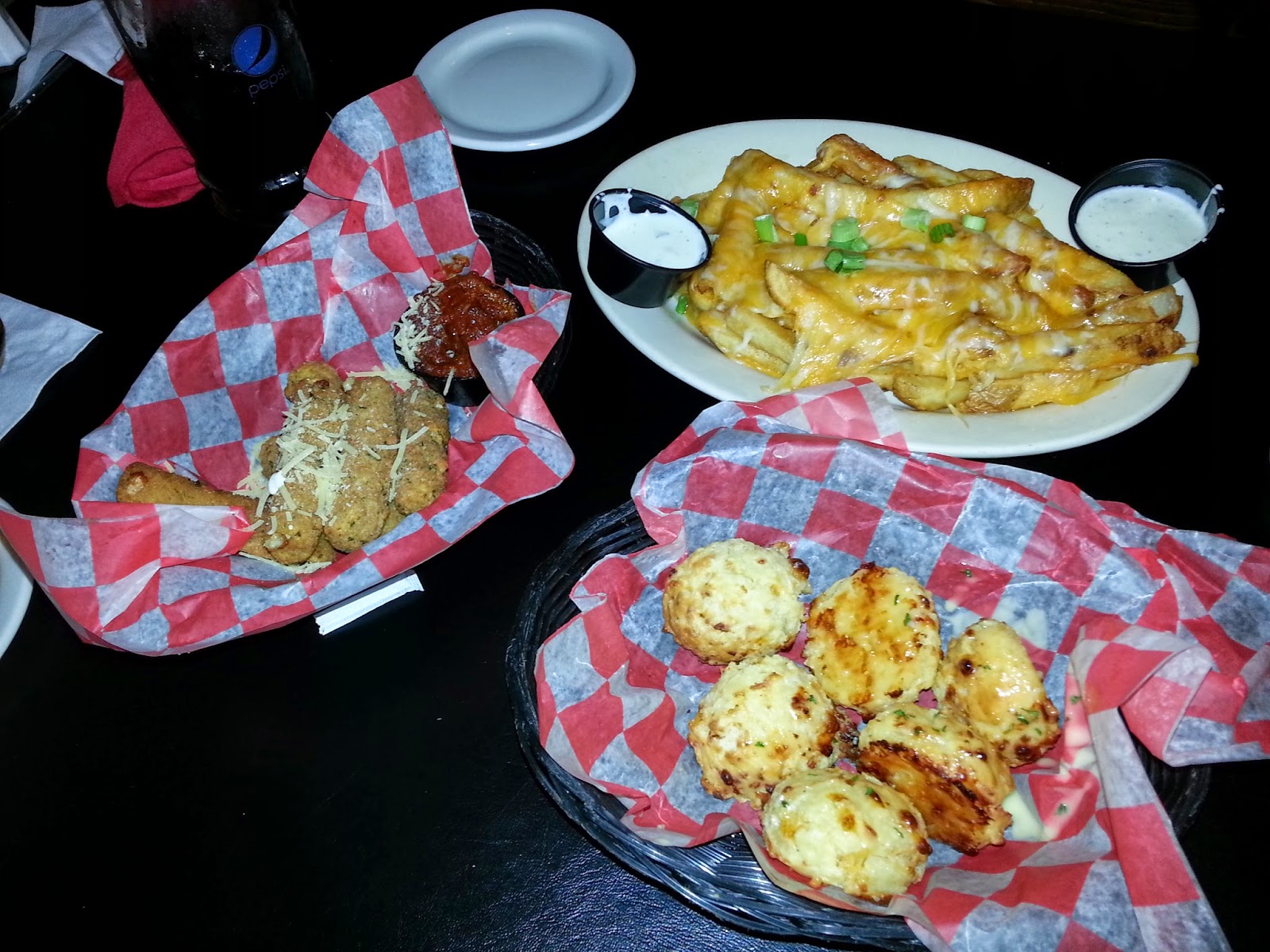 What a great day.  Mountains, mud, wild berries, and introducing someone to Pisgah.  TomTom and I had fun out there giving the Pisgah Lite Tour.  I’m pretty proud of my man Mike for pushing through what was probably the toughest ride he’s ever done.  With the race coming up in a few days, he gets to do it all over again soon.

I’ll be there too.  Maybe we’ll stop and eat berries again.
Posted by TheMutt at 8:29 AM