Saturday was a long day and I ended up in bed early.  And since I must be starting to show my age, I woke up early Sunday morning.  I had a few hours to kill thanks to dragging my ass outta bed earlier than normal and I didn’t know what to do.  Even though I was wide awake and excited for another beautiful day, I felt like Charlie Brown on Halloween. 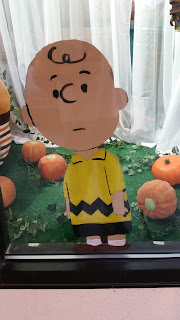 I thought maybe I wanted to do a road ride, but I felt more like doing nothing.  Then I drank some coffee. 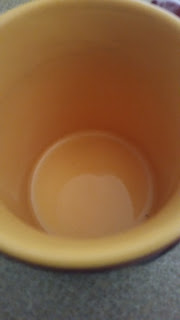 Suddenly I remember that I’d rather be on a mountain bike of some sort.  Not wanting to load up my bike and drive to a trail (big deal, I know) I took off out of my house to attempt an urban ride.  Luckily it starts out a little less than urban. 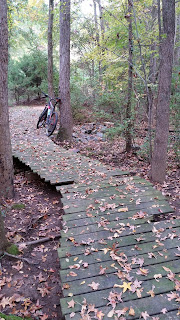 Then it gets moar urban for a bit. 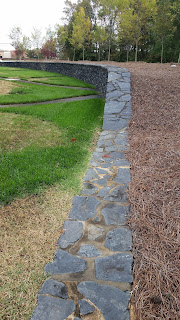 FYI, I nearly busted my ass several times on that.  The coffee hadn’t kicked in yet.  It took a few tries until I could ride it with ease.

After a few local roads here and there, I hit my favorite stretch of nearby gravel road. 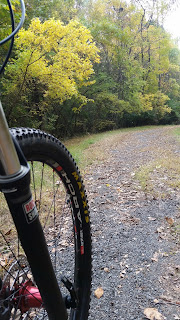 It’s really pretty out there too and there wasn’t a bunch of pedestrian traffic.  I knew I made the right decision by not riding my road bike, because gravel pretty much sucks otherwise.  Plus, I can explore. 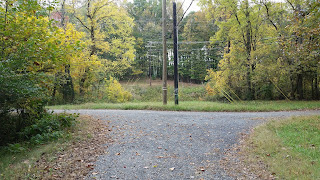 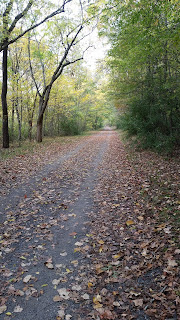 As I rode along “gravel grinding” I realized that I wasn’t far from the local trail that "magically" appeared in the woods one day, RTS.  I glanced over and got pretty excite. 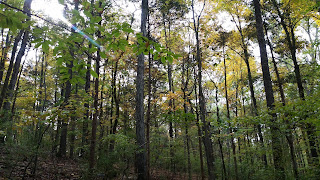 I hit the trail and it was in pristine shape.  I hadn’t been there in a while for some reason, but I immediately started making plans so I’d ride there more.  I had the place to myself. 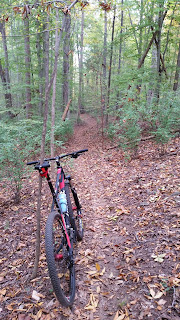 What a rad day.  I got back to the house in a reasonable amount of time and got in an awesome ride.  And yes, I’ll say it again...

Fall is my favorite time of year.
Posted by TheMutt at 8:46 AM