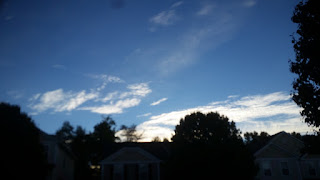 You see that?  The sun is finally out around here.  No more rain for a little while and the trails are drying out.  That means more riding soon (hopefully.)  Until then, I get to catch up…

So I never really said anything about the “Sockgate” thingy that happened at Interbike (almost a month ago.)  Mostly because I didn’t feel the need to do so. *  And that’s because there were plenty of people out there that were ready to speak on it.  I’ve been to Interbike, and I’ve seen how it’s sorta geared towards men.  You’ve been there, right?  You’ve seen the booth girls then…

Who gives a shit.  Using women to sell bike stuff (or any stuff) to men has been going on for a long time.  It doesn’t work on me, but I suppose it works on other dudes.  That might explain why the Big Red S sells so many bikes… 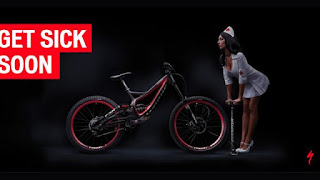 They're probably gonna sue me for using this.  Who gives a shit.

Women that ride bikes are cool.  Srsly.  And most of them can out ride me at any given time.  And the ones that are just getting into the sport and can’t yet?  They will torch me soon too.  I dig that.  If you’re a dude that’s threatened by women in the sport, then something is wrong with you.  If you sell bike products, then they should appeal to the consumer because of the quality, functionality, etc. and not because some hot bimbo says so.

Women are a big part of the sport and are spending money just like us dudes.  They shouldn’t be used for marketing (unless they’re tearing up some trail), but instead we should encourage more women to get into the sport.  So, back to the whole Sockgate shitstorm.  One of the best responses to those socks from Interbike came from Amanda Batty, who said, “Those socks are no more closely related to cycling than cats in wizard hats are.”  My pals over at DeFeet took notice, and immediately partnered up with her to come up with a new sock called, The Batty Cat.

With a goal to encourage women in cycling, sales from this sock go to support Little Bellas

I think that’s neat.  Good for them to turn this into something positive for women in cycling.  What I also think is neat is the fact that my kid, Lunchbox, had a hand in the design of these new socks.  I think I’ve been slipping and forgot to mention it to y’all, but he’s working in the art department at DeFeet now (alongside my buddy Matt, who reads this mindless drivel for some reason.  Hi Matt.)   So of course I’m still a proud supporter of DeFeet, and even moar proud of the fact that my kid is out there contributing to the company that makes the best socks in the world.

The very socks pictured above are my own personal pair, but you can order up some for yourself just by going to the website (or ask your local shop to get them for you.)

In other (related) news, I received a couple of other pairs of socks from my friends out in the hills.  Lunchbox didn’t make these, but they are new and part of the High Rouleur Collection (and still rad.)  This new collection of socks is heavily geared towards gravel grinding, and if you haven’t seen the video that DeFeet made about it then take a few minutes to watch.

The Adventures of the Graveled High Rouleur from DeFeet on Vimeo.

Here are two of the socks that I’ve added to my personal collection:

And the Speak Easy: 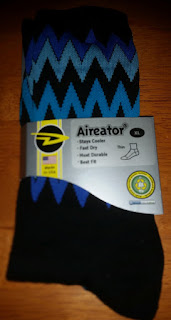 Although specifically made for cycling, these will probably be added to my work rotation too since they are so comfortable.  I like having DeFeet socks on 24/7.  Yeah, I sleep in ‘em.   So what.

While I’m really not into the whole gravel grinding thing, I’m starting to think I will be soon.  Shit, that means it’s time for another bike.

Anyway, go out and support a company that supports cycling for everyone, and that makes their products right here in North Carolina.

* My opinion doesn't mean a damn thing.  But thanks for reading.
Posted by TheMutt at 8:28 AM

Nice and very helpful information i have got from your post. Even your whole blog is full of interesting information which is the great sign of a great blogger.