Since our ride was so long (and I took so many photos), I stopped yesterday somewhere at our halfway point.  After the first little cafe thingy, we headed back downhill towards the town of Damascus.  It was then that I took my favorite photo of the day: 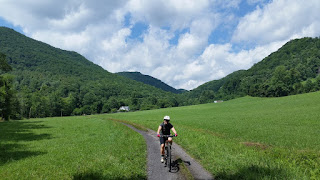 There weren't many wide open spots out there, but when we found them the views were pretty awesome.  After that it was back under the canopy and alongside the river again for a little while.  When the trail passed through another little town though, we opted to stop for some ice cream by the river. 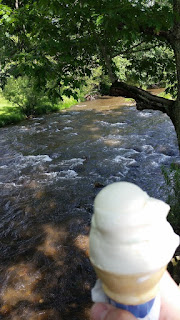 After that short break, we zoomed back down towards town.  But not without stopping again to check out the water and bridges a few more times. 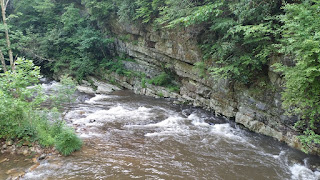 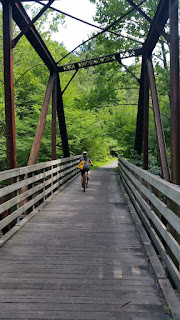 Before we knew it, we were getting close to town.  It was then that I realized how little pedaling I'd actually done.  It was a ton of fun coasting for over seventeen miles through some of the most beautiful scenery I've ever viewed, and we even enjoyed the little hippie town at the end too. 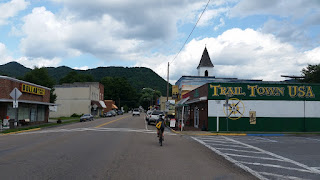 Even though we didn't really work too hard (we barely pedaled at all), it didn't mean we planned to skip our usual post-ride ritual.  Luckily, that little town has one of my favorite things... 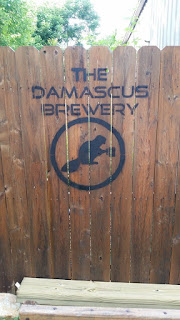 And they took good care of us: 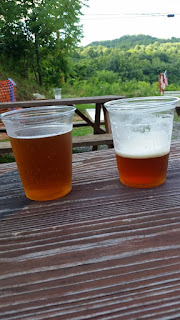 Overall, it was an awesome day.  Sure, it may seem lazy to shuttle up a mountain to ride a gravel path downhill for seventeen miles.  I get that.  But...

Ride your bike, look at pretty stuff, drink beer, and have fun.
Posted by TheMutt at 8:32 AM