The last day of a three day weekend and the hottest part of it seemed like the best time to ride.  At 1:30 p.m., with the sun beating down almost directly overhead, I took off on my road bike to an unknown destination.  I immediately regretted my decision.

Out in the open, on a boring road bike, and getting cooked in the sun only two miles in was not a good way to spend the day.  Instead of turning around though, I decided to keep going and see if I could get through it.  A few miles later, I wasn't feeling so bad. 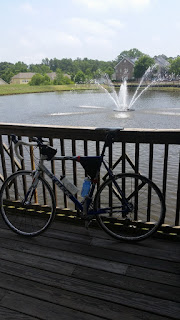 I was sweating a ton, but it wasn't too bad.  I enjoyed the shade while I stopped and even made a few new friends. 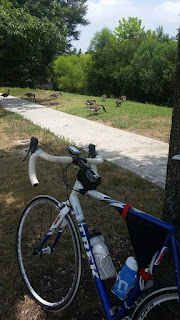 I think at that point I'd gone maybe five miles or so.  Far enough to keep from turning back, and short enough that I should keep going. 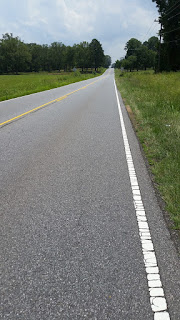 I can get to some country roads pretty quickly, and I usually enjoy that.  However, being out in the open in the hot sun made this rather unpleasant.  I was drinking lots of water, but the effort I had to put in on the bike made me kind of woozy.  I stopped for another break, and to make another new friend. 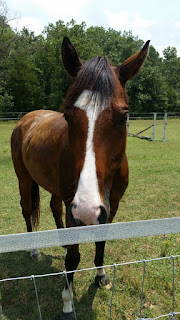 We chatted for a while.  Well, I chatted.  He listened.  I was feeling wonky for sure, which was probably the main reason I was having a conversation with a horse on the side of the road.  Still, I needed the break.

We said our goodbyes and I hit the road again.  I tried to offer him a donut as a parting gift... 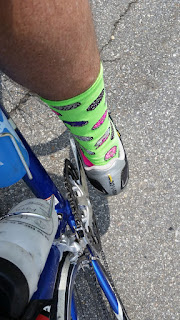 I felt better, but I wondered for how long.  I was far from home.  Ten miles if I took the most direct route.  I still had water and money for a stop at the store if needed.  I figured I would be good.

I was for the most part.  I was fortunate to have lots of downhills for some reason (which kept me cooler), and after being out in the middle of nowhere for so long I started seeing familiar sites. 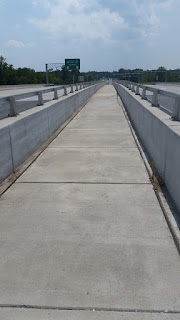 That was my "special" crossing over the intestate.  From there I had under three miles to go.  Suddenly I felt better, and pushed hard to get home.  I rolled up in the driveway, happy that I didn't die. 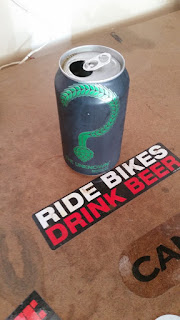 That beer was good, but it hit me hard.  I took a shower (a cold one), and spent the rest of the day cooling off and taking it easy.  Riding in the searing heat was the best way I knew to keep road riding interesting.  It worked.

And now we're up to day 19 with temps above 90 degrees.  Time for another ride.