After riding over seventeen miles up in the mountains of Virginia, I wasn't really worn out.  It was all downhill, remember?  With another free day though, I had to get out and ride again to get some uh, exercise.  A road ride appealed to me again for some reason, so I planned a quick route and headed out in the heat of the day to get into another adventure.

I knew my ride was off to a good start as soon as I left my neighborhood and saw a new bike lane. 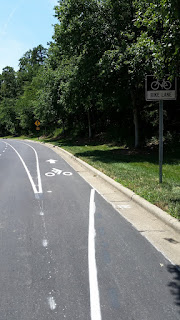 My destination would eventually be somewhere in Uptown Charlotte, so I had to get on some normally crowded roads to get there.  Sunday rides on city roads are normally traffic and headache free for me, but there's some recent construction that made this part of the ride a pain in the ass. 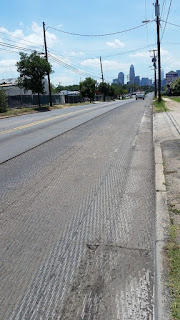 I stuck with it, hoping it would get better (and I didn't have a backup plan.)  It was almost two miles of that shit, but before I knew it I was in the city...

And at a baseball game. 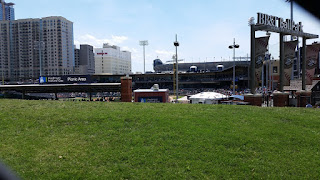 I don't really dig baseball, so I rode across the street to the park to cool off for a minute. 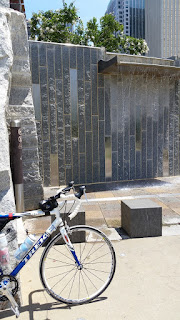 And I sat there a while watching people try to catch ALL THE POKEMON! 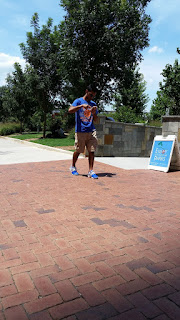 I was bored so it was time to get someone fun.  Just a few short blocks away and I ended up at The Unknown Brewery.  They haz bike parking inside. 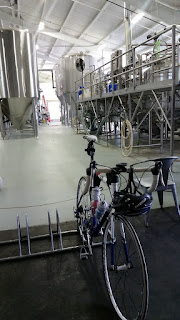 When I bellied up to the bar, I was asked how I was doing.

"No problem.  We got you covered." 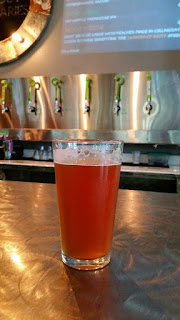 Over the Edge IPA.  So refreshing.

I enjoyed that beer, and I was asked if I needed another.  I couldn't resist. 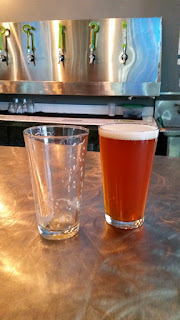 I realized that being over eighteen miles from the house, I should probably cut myself off there.  I said goodbye, hopped on my bike, and slowly pedaled away to wherever the hell I was trying to go next. 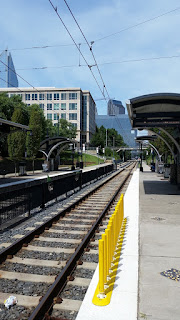 Sundays in Charlotte are usually pretty relaxing, since the streets aren't crowded at all.  I like that. 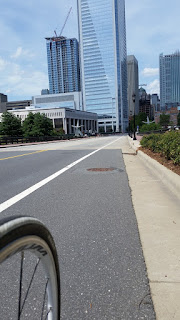 I eventually started heading in the general direction of home.  I took a different way back, but I didn't get very far until I was distracted again.

By beer of course. 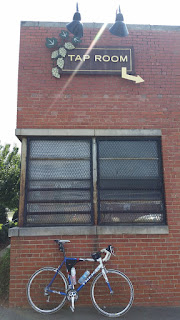 Damn it.  I was having fun, but I had to get my ass back home.  The ride was painfully hot, even though I was a little numbed by the beer I'd consumed.  I somehow made it back home, enjoying the shit outta the long downhill that leads into my neighborhood.  Another good road ride, if there is such a thing.

I seem to be enjoying the skinny tires lately.  That much be due to the beer.