If you've been following along, then you know we just completed a fun, yet difficult ride. After tackling the trails at Kitsuma, Mr. Shepherd, The Dirty Party Cycle, and I all headed over to the hip little city of Asheville, North Carolina to grab some grub. We hit up my favorite place to eat over there, Barley's Taproom & Pizzeria. After some choice hoppy beverages and a monster sundried tomato and mushroom calzone, I was ready to ride again. 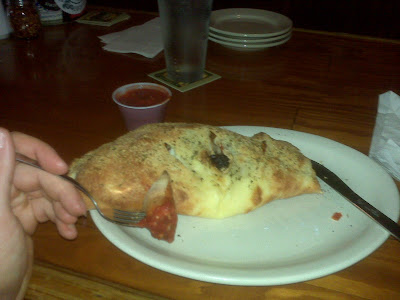 After our meal, we had one more stop before the next trail. We headed down the road a few miles to see my peeps over at Cane Creek Cycling Components. It was similar to my last visit over there, but this time I brought along the DPC and Mr. Shepherd. I picked up the “special” phone at the front desk, but the operator never answered. I started to worry that we might not get in. After a few minutes, a nice lady walked up and asked if she could help me. I told her who we were, and she disappeared into the back to get my good pal Jason. He greeted us and asked if we wanted “the tour.” We replied that we did, and he proceeded to show us around the facility. Even though I’ve been through there before, I was just as excited as the last time. Jason took time out of his busy day to show the B-43 team around, and we were much obliged. After the tour, we mentioned that we were headed over to ride one of the local trails, Bent Creek. He gave us the info and we were on our way.


When we arrived at Bent Creek a short while later (after a short stop at a local bike shop for a map), and we were ready to go. It would prove to be much like the start of the trail at Kitsuma (a long, gravel fireroad climb), but it wasn’t as steep. As we went deeper into the forest, we came upon a peculiar sight: 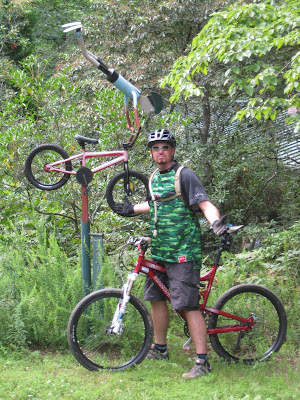 I’m not sure of the significance of this statue, but it made me question my bike choice. Was the full-squishy Goose the wrong bike for these trails? More imporatantly, was this some sort of sign that we were biting off way more than we could chew? Only time would tell. We climbed up the mountain some more, and reached what we thought would be a good point of descent. After consulting the map, we decided to follow one of the trails down the mountain at full speed, and it was nothing but fun. When I finished my run, I found Mr. Shepherd at the bottom, waiting for me. 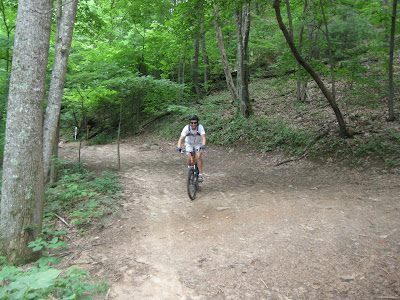 The DPC was next: 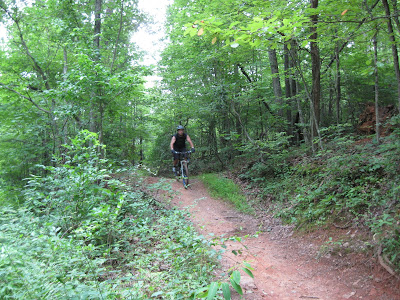 After riding for a little while, we started to make our way back. We could have spent a lot longer out there, but we just didn’t have the time. The final trail we rode had a little jump, so we all took turns blasting down it. 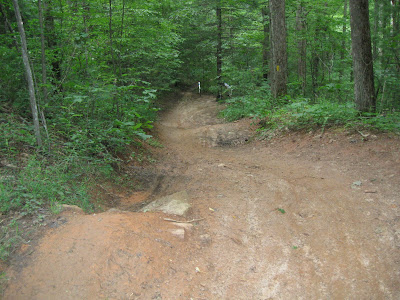 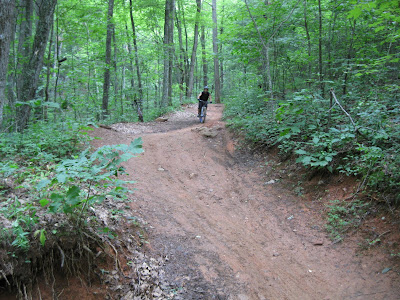 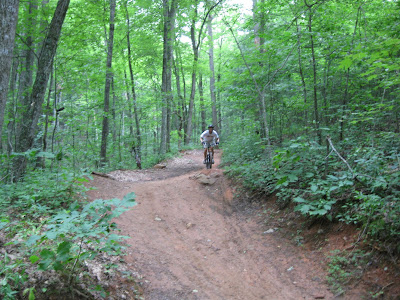 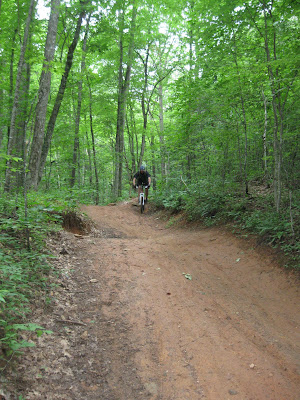 When we arrived back at the parking lot, we all agreed that we had a great day of riding. It was day two of our week-long cycling extravaganza, and there was much more to come. We loaded up our bikes for the long trip back to Charlotte. 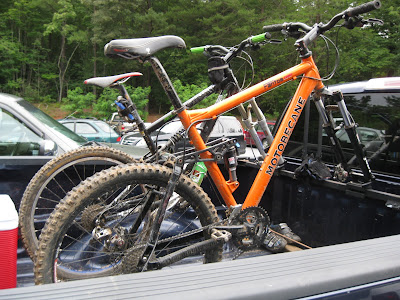 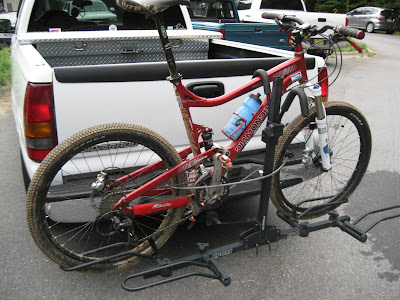 We were starving, so we headed over to a popular local restaurant, Papas & Beer for some fine Mexican cuisine and brews. We enjoyed our food and drinks while we plotted the next day’s adventure. Of course, I’ll tell you all about it tomorrow. Thanks for playing.
Posted by TheMutt at 8:14 AM