Ha. Well, sort of. We’re not packing up our shit and moving out of the ‘burbs. Rather, I decided it was time to do something about this flat tire shit I’ve been dealing with lately. Since a lot of riders around here run a tubeless setup, I figured I would try it too. However, I’m doing it Ghetto Style (read: cheap.) I found a link on YouTube for a video about the conversion. I realized that I could do a homemade version on my own, so I gathered up some supplies.


I obviously had plenty of old tubes lying around, so I figured I could use the valve stems: 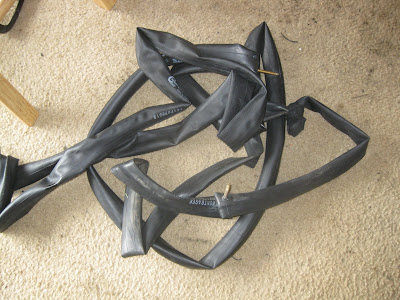 I purchased some Gorilla Tape from a local hardware store: 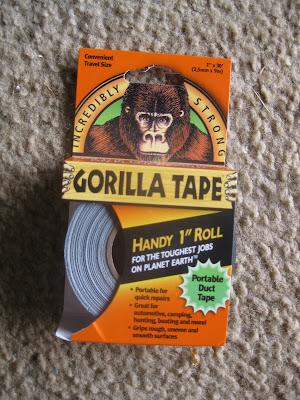 …and some Stan’s sealant from a local bike shop: 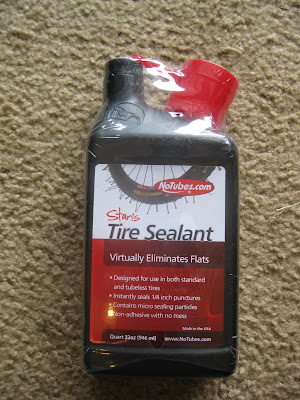 This seemed like it would be an easy job, so I dug right in. First, after removing my tires and tubes, I cleaned the rims. Then, it was time to apply the Gorilla Tape to the rim channel. 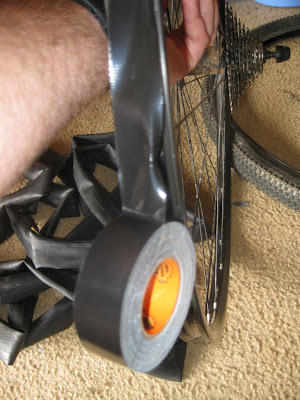 I overlapped it a little, which amounted to about a spoke on each side of the valve hole. It went on nice and smooth: 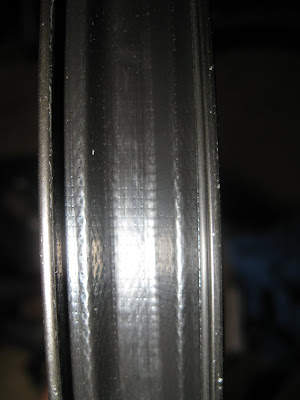 Next, I cut a valve stem from one of my many old tubes: 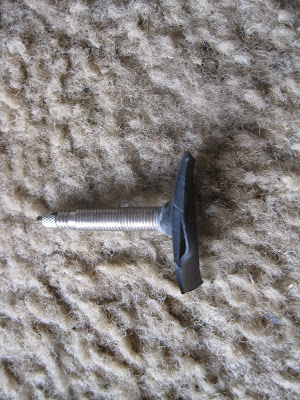 And placed it in the rim: 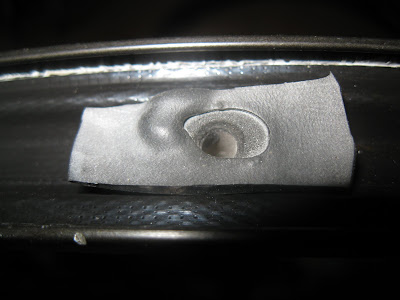 Disclamer: The valve stem in the photo was for illustrative purposes only. I didn’t like the bubble-looking thing, so I used another in the final installation.

Anyway, after installing a GOOD valve stem, I mounted the tire. I slapped on a little soap action to aid with seating the tire bead: 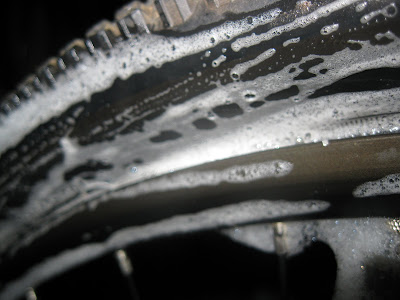 I aired up the tire with my compressor and the bead popped into place. No muss, no fuss. After checking the installation, it was time for the sealant. I broke the bead in the bottom and poured in a couple of scoops of Stan’s. 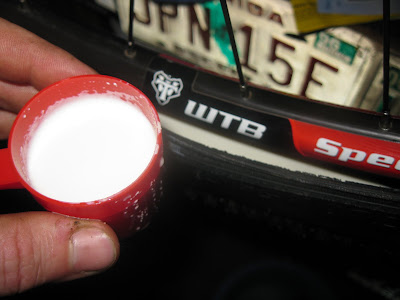 I popped the bead back on, and it aired right up again. After following the sealing procedure (without all that drilling and crap) on the NoTubes website, I was golden. I did the other tire the same way, and mounted everything back on. I took a moment to admire my work: 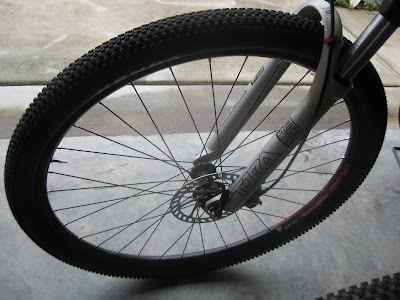 I decided to take a ride to the store (around 4 miles roundtrip), just to test it out. No lost pressure, so I was feeling good. I checked it every couple of days, and I was satisfied. Finally, I had the nerve to take my new ghetto tubeless setup out on the trail. After a lap around one of the rootiest places in town, I knew I was gonna be okay. No flats, no leaks, no problems. It’s about time I got with the times.


The setup was pretty easy for a tubeless newb like me, so that means anyone can do it. I don’t have a tubeless wheelset, nor do I have actual “tubeless” tires. I’m running regular Kenda Small Block 8 tires on WTB Speed Disc 29er rims, which I’ve heard is one of the most difficult setups to do. It’s actually been over a week now since I did it, and everything is still tip top. Maybe now I can stop worrying about flatting all the time. I love it when a plan comes together. 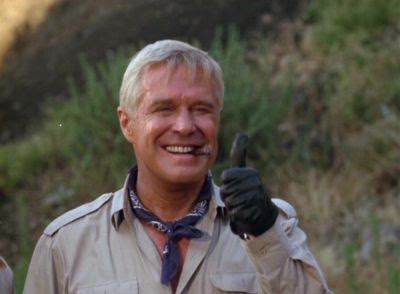