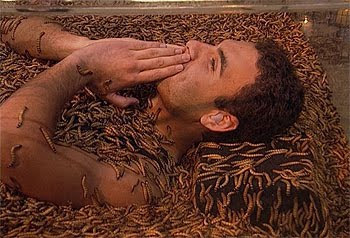 Ha, as if. I’m not talking about that stupid-ass TV show, or anything even remotely close to that. No, I’m talking about the swim (with bonus run) at the XTERRA Whitewater. I’m not scared to death by any means, but there has been much discussion around here at the B-43 camp regarding this rather unusual triathlon event.


I’ve watched the official swim preview video over and over again (and even posted it on here), so I kind of figured that it would be interesting. Mr. Shepherd, The Dirty Party Cycle, and I have all had plenty of discussion regarding the wearing of shoes for this small, yet difficult run, and I think we have all made up our minds. Well, everyone except for me. Since I was particularly worried about this barefoot run (between swimming in two bodies of water), I decided to head out there and see it first hand. I even brought along the camera to share it with you, my loyal readers.

I headed out to the U.S. National Whitewater Center sans bike, hoping to check out the run-between-the-swim course for myself. I started at the area where we’ll be swimming in the Catawba River, and worked my way back to the second body of water, the man-made holding pond. I’ll sprinkle in some photos here while I’m at it.


In this first photo, we have the actual (first) swim course. 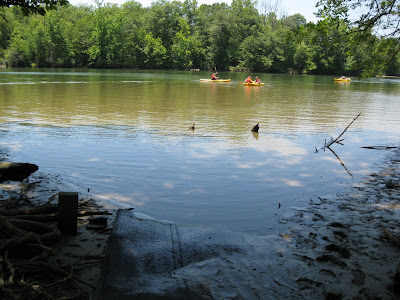 When you turn around, you see the trail leading back to the Whitewater Center. 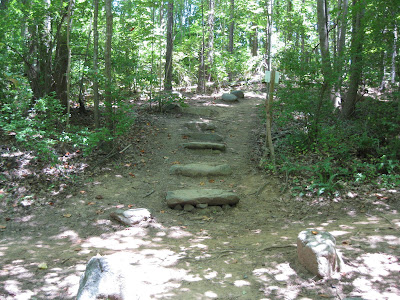 
After you complete that steep climb, if you turn around you’ll see what you just did: 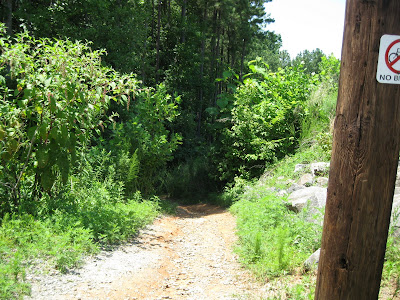 And here’s the gravel path we’ll run on to get to the island: 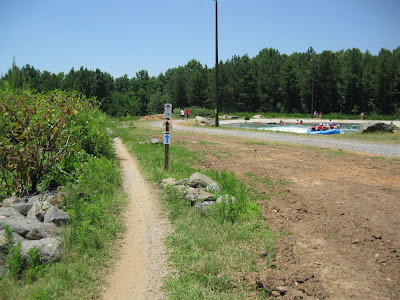 Here’s part two of the video, when you run along the aforementioned path:


When you arrive at the bridge (not pictured), you cross it, then head straight up a small path on the side of the island. This photo is looking down at the path: 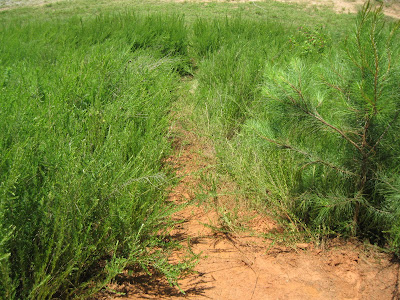 Here is the video from the bridge to the mad-made pond (crossing the island):

When you arrive at the other side of the island, you’ll see the man-made pond. We’ll cross here and head on over to the transition area. Here is a photo: 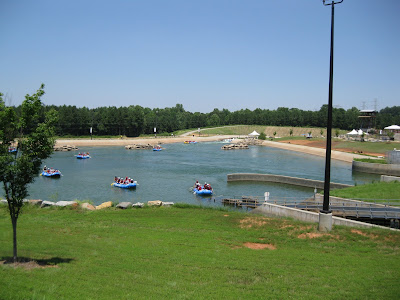 I guess it’s not that bad. After checking it out in person and watching the video over and over again, I’ve calmed down a bit. I shouldn’t have any problems swimming the course, and the run won’t take too long (even if I just walked it.) I’m still leaning towards not wearing shoes for this little run section, but the rest of the B-43 crew will probably don some sort of footwear. Hell, maybe I will too. I can’t make up my damn mind. I’m not worried about this race anymore though, but I’m sure that will change on race day. We’ll all probably be pee-pants scared when we line up on the river. Awesome.
Posted by TheMutt at 8:55 AM