And The Sun Went Down 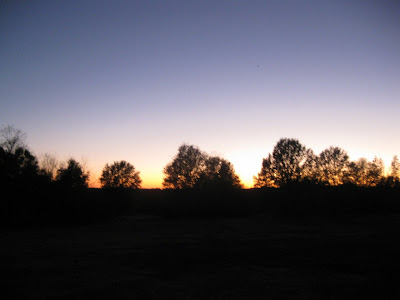 After the ride on Saturday, it was time to party. With all the crashing behind me, I dug into the cooler and the beer started flowing. It was the best medicine ever. There was a ton of food too. We dug right in. After filling my belly, they held a big raffle for lots of prizes. 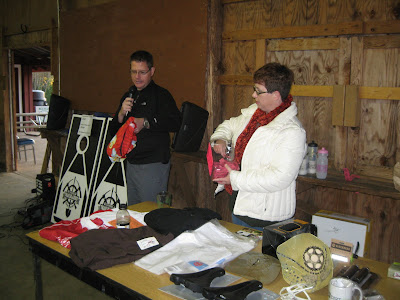 I bought lots of raffle tickets. Unlike the last couple of these events though, I didn’t win a damn thing. Lunchbox and Little Miss Sunshine took home some goodies, so I guess that means I can’t cry about my bad luck.


After the food and raffle, it was time to play with fire. 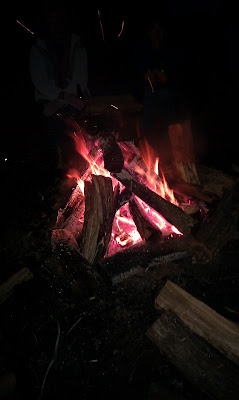 Actually we just gathered around it and finished off the beer in my cooler. 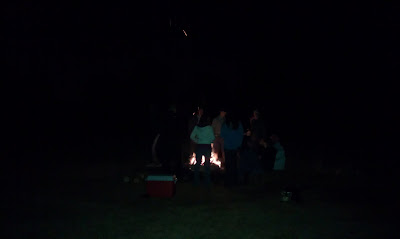 
Now you see him… 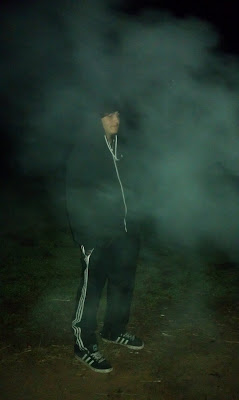 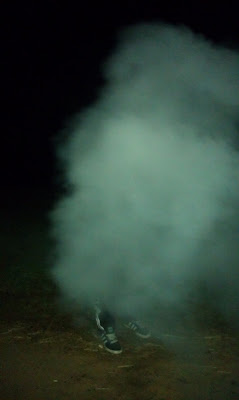 Bike riding, beer, and food. I can’t think of a better way to party. There was something else going on out there though. Over the last few months, the Dirt Divas have been secretly working on a calendar. I say “secretly” because it’s a little risqué.

Apparently some ladies in the club gathered on several different occasions to photograph themselves for the calendar, but I received no other details. These photo sessions no doubt involved pillow fights and tickling, but the general public was not invited. Well, I finally got a chance to see the calendar. They went on sale for the first time at the party on Saturday. 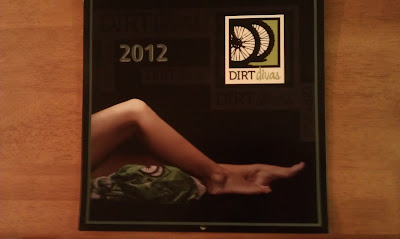 
I peeked inside, and sure enough it was a calendar. It has dates, days of the week, and perfectly symmetrical squares. You know, all the stuff you would normally find in a calendar. 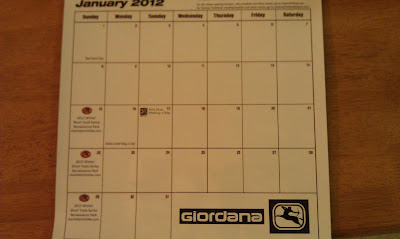 It was tastefully done. It’s not some perverted nudie calendar. The ladies are portrayed in a classy way. While I could go through and photograph all the pictures in there, I won’t. You’ll have to buy one. I can give you a sneak peek though. 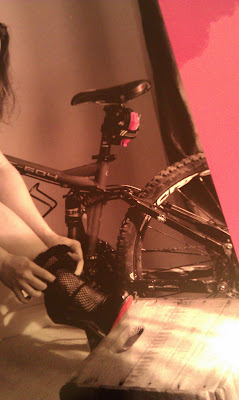 Did you notice the Awesome Strap? Did you even notice that there was a bike in that picture? Hello? Are you there?


I’m not telling you which one of our local Divas that is. You’ll have to buy one and see for yourself. They will be for sale in a few local shops here in Charlotte, as well at some upcoming events. I’ll let you know when I know the exact locations. If you aren’t local and you want one, we can figure out a way to ship one to you. They are well worth the $20 investment (and they support the Dirt Divas.) Shoot me an e-mail -The Mutt 43 AT gmail DOT com. I’m sure you know not to use spaces and to replace the capitalized words with the appropriate Internets symbols, right?


Operators are standing by. Well, sitting, but whatever. 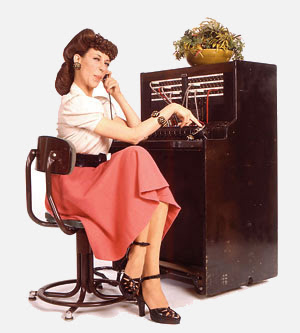