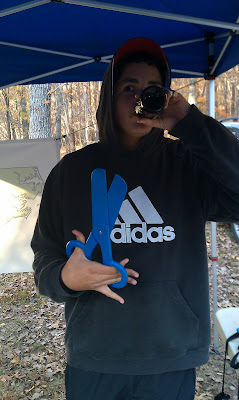 Saturday was the big day. We headed out to The Uwharrie National Forest for the big ol’ grand opening, and I was excited. Uwharrie is one of my favorite places to ride, and from what I’d heard it was much better. I guess the only way to find out was to ride. 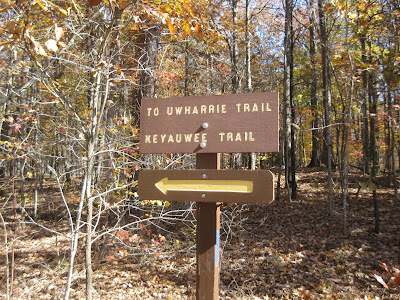 Lunchbox, the Space Cowboy, and I hit the trail, and couldn’t wait to see what kind of improvements were done out there. 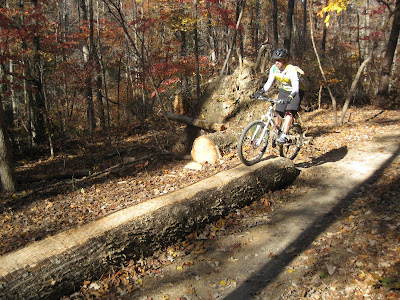 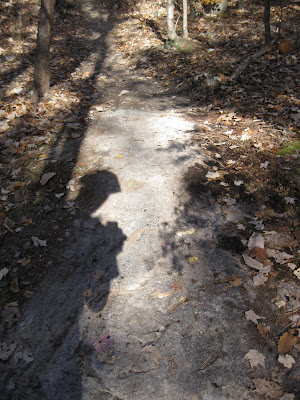 And Lunchbox riding over the slickrock: 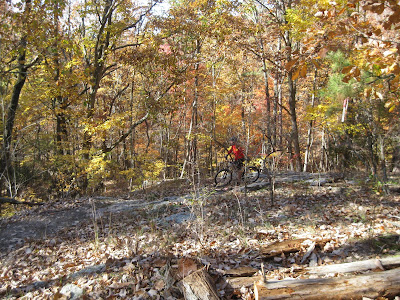 Wow, just wow. This trail has been reworked in such a way that makes it not only more sustainable, buy way more fun. Some may feel that it has been “dumbed-down”, but I say horseshit. Some roots may have been removed, and some rocky sections bypassed, but the trail definitely still has its same rugged charm. Besides, all the climbing is still there, as well as some super-fast, hauling ass downhill. The climbs are still just as challenging, since they used all parts of these ancient mountains for the new trails 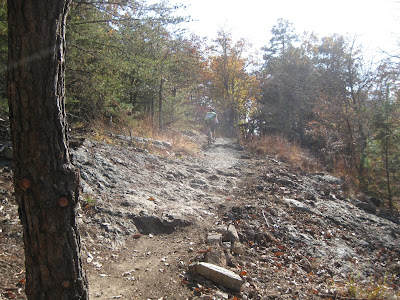 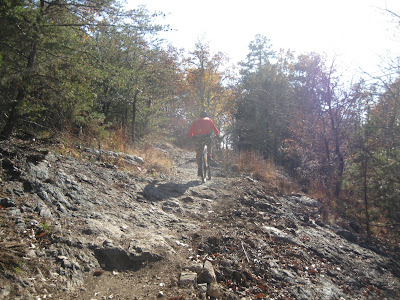 So yeah, the trails are even more awesome that ever. The goal is to make Uwharrie a destination trail, and I think we are well on our way. I didn’t get as many photos on the trail as I wanted, but that should tell you how fun it was. I was too busy riding to worry about busting out the camera. Next time I'll bring my GoPro. By the way, there was a celebration in addition to the riding. 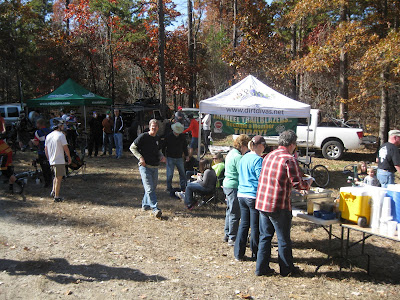 This new trail was made possible by local sponsors, our local clubs, the U.S. Forest Service, IMBA/SORBA, and a host of individuals and their efforts. We did have a ceremony, which included a huge check. 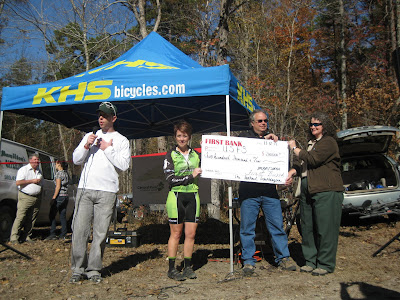 And yes, they cut the ribbon. 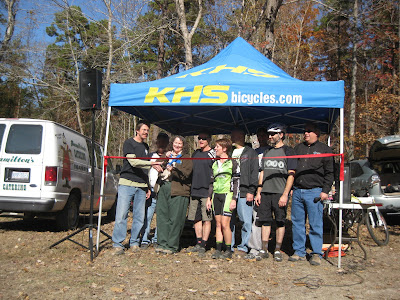 There was food, raffle prizes, and something that even surprised the shit outta me…a pushup contest. 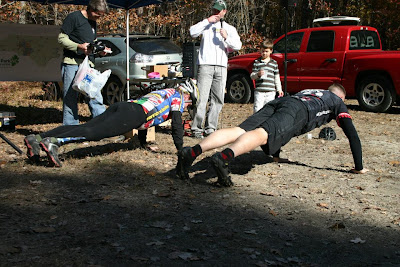 Brian, host of the event and former owner of Middle Ring Cycles (I rode for them a while back), asked for anyone in the crowd that had participated in an XTERRA event in Uwharrie. I raised my hand, and (along with another guy) I was called to the head of the class. Brian said that we would do pushups for 20 seconds, and the winner would get a prize. “Aw shit”, I thought.

And we were off. I normally do pushups regularly as part of my upper body strength workout, and I can usually knock out 100 in a row. Since I hurt my wrist a while back though, I was worried about being able to even do one. I heard the cheers of the crowd though, and I couldn’t let my fans down. I got busy, and showed everyone how to do perfect pushups. 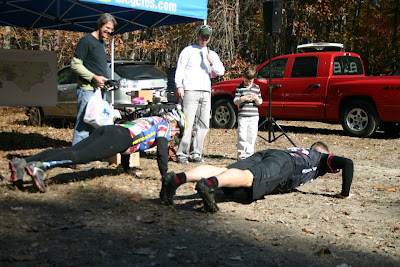 I guess all those years in the Army paid off.


I ended up with 21 in 20 seconds, but the other guy said he did 22 (he kept going after time expired.). The crowd saw it differently, and knew that I had won. To avoid any conflict, we both got a prize. I want a rematch though. I’m sure that I beat him, but I need him to know that. It’s always fun to humiliate your competition.

I walked out of there with a little bit of loot though. 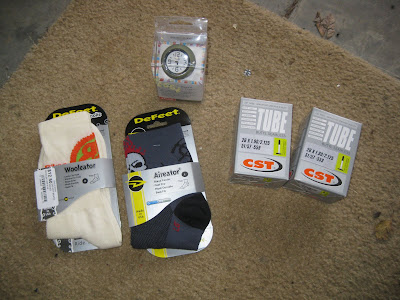 I am the swag master, and I do pushups better than you.
Posted by TheMutt at 8:00 AM