I Need An Adventure

I really needed to get on a bike.  Any bike.  Being busy from work and plum wore out from lack of sleep, heading to the hills was out of the question.  Actually heading to any trail was out of the question.  I was dragging ass too much to take the road bike out (and no one in their right mind would ride one of those for fun anyway.)  I decided to take my Klunker out for a little urban ride.

I headed out of my neighborhood with no particular destination in mind.  I thought about heading up to the store to grab some beer, but instead I cut through the woods near my house and found a seldom used trail 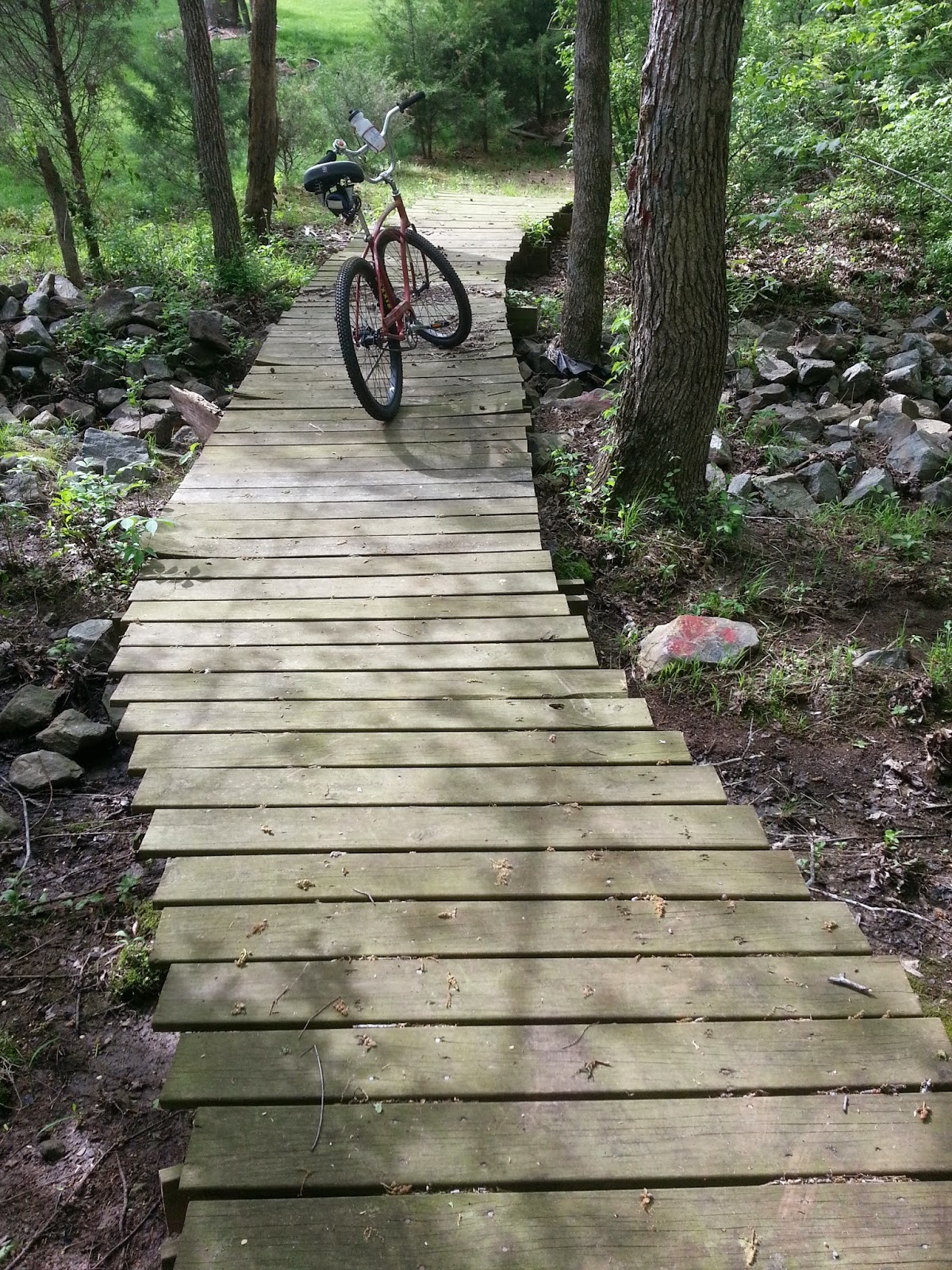 This is a “hiking” trail through the woods behind my neighborhood, and I’ve ridden it a few times before.  It was the first time that old bike had actually been off road, so it was good enough.  It was a lot more fun than I expected, but that trail is so short that I didn’t want to stop there.  I kept riding, ending up near the local shopping center.  I didn’t get beer, but I had fun.  And, I managed to find some more “off-road” stuff. 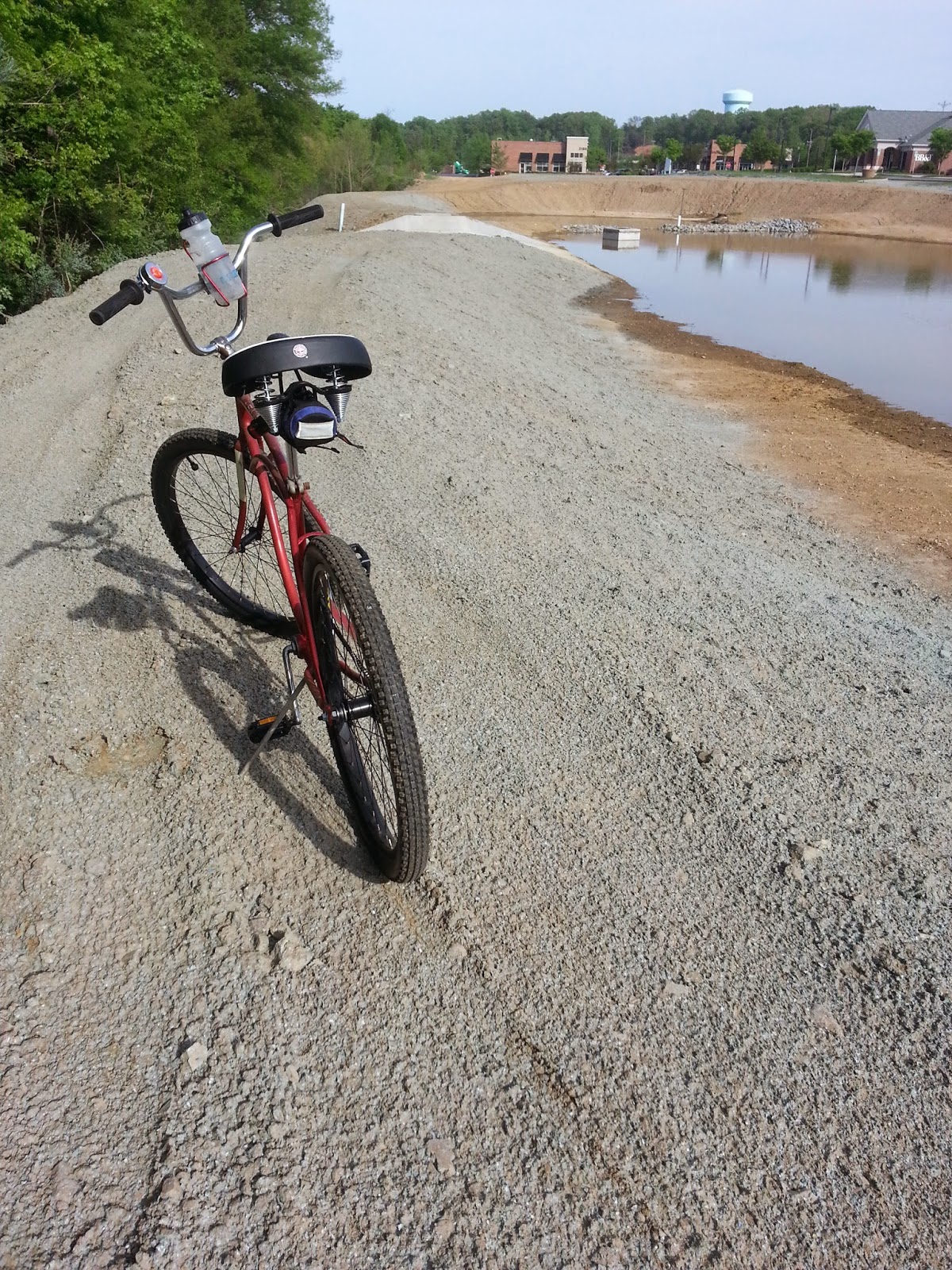 Eventually I returned home, satisfied that I at least pedaled a little bit.  It was still a fun ride, and quite satisfying considering how tired I was.  The next (obvious) step is to take that piece of shit on a real trail, so look for that in the future.  In the meantime, I really need to get out on a real ride.  I can only take so much of this riding around the neighborhood shit.

This weekend, there are plans.  The hills may or may not be involved.  Hopefully that means I’ll have better stories for this piece of shit blog, but who knows.

Tune in tomorrow for Fun Friday and maybe I’ll get into that.
Posted by TheMutt at 8:19 AM