And I’m not just gonna sit here and talk about the fried pickles, either. 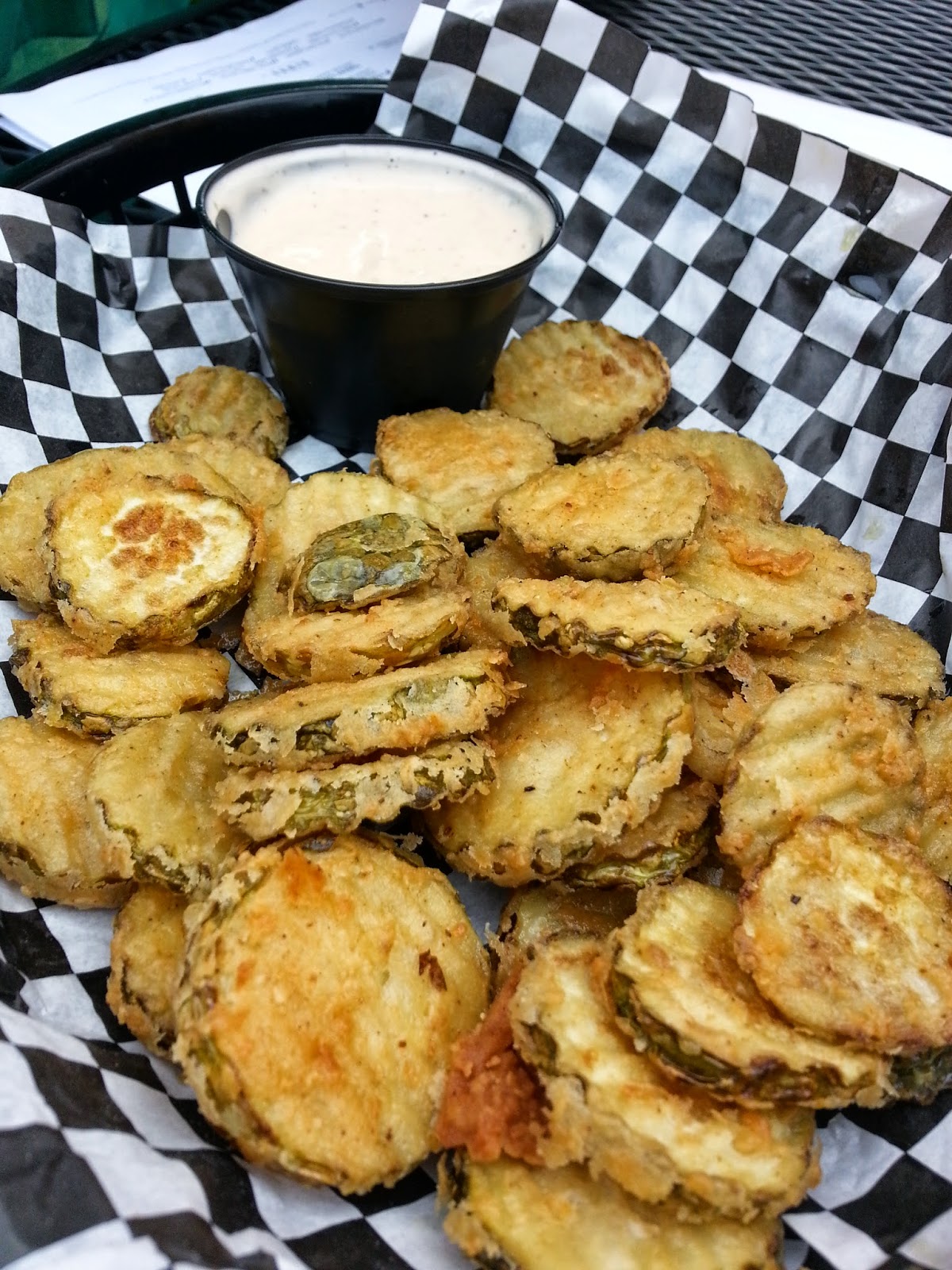 So yeah, I have to admit that I had a really great time racing “regular old XC.”  It wasn’t the sandbaggers, dirt roadies, lack of training, too much beer, etc that kept me away.  I think I was just a little burned out from so much racing over the years that it started to wear me down and affect my attitude.  Two years in a row of the Southern Classic Series was a lot, with all the traveling and whatnot.  On the positive side, racing so many of those events kept me motivated and focused, something I’ve been lacking over the last year or so.  I’m not sure if I’ll go full on XC from now on, but I do feel like I’ll get into a few more before the “season” is over.

Anyway, I took away a lot of good and some bad from Sunday’s race.

I got in a fast-paced ride through the woods, pushing myself to the limit and making me think about strategy and shit like that.

I found out that I really don’t need gears to race XC.  Even though I was the only one in my class on a single speed, I was only around six minutes out of third place, and about ten and a half out of first.  A geared bike wouldn’t have changed that.  Riding a little more often will.

I supported our local club, the Tarheel Trailblazers, by paying an entry fee to race, and helping with the event.  Helping with important stuff, like taking out the trash. 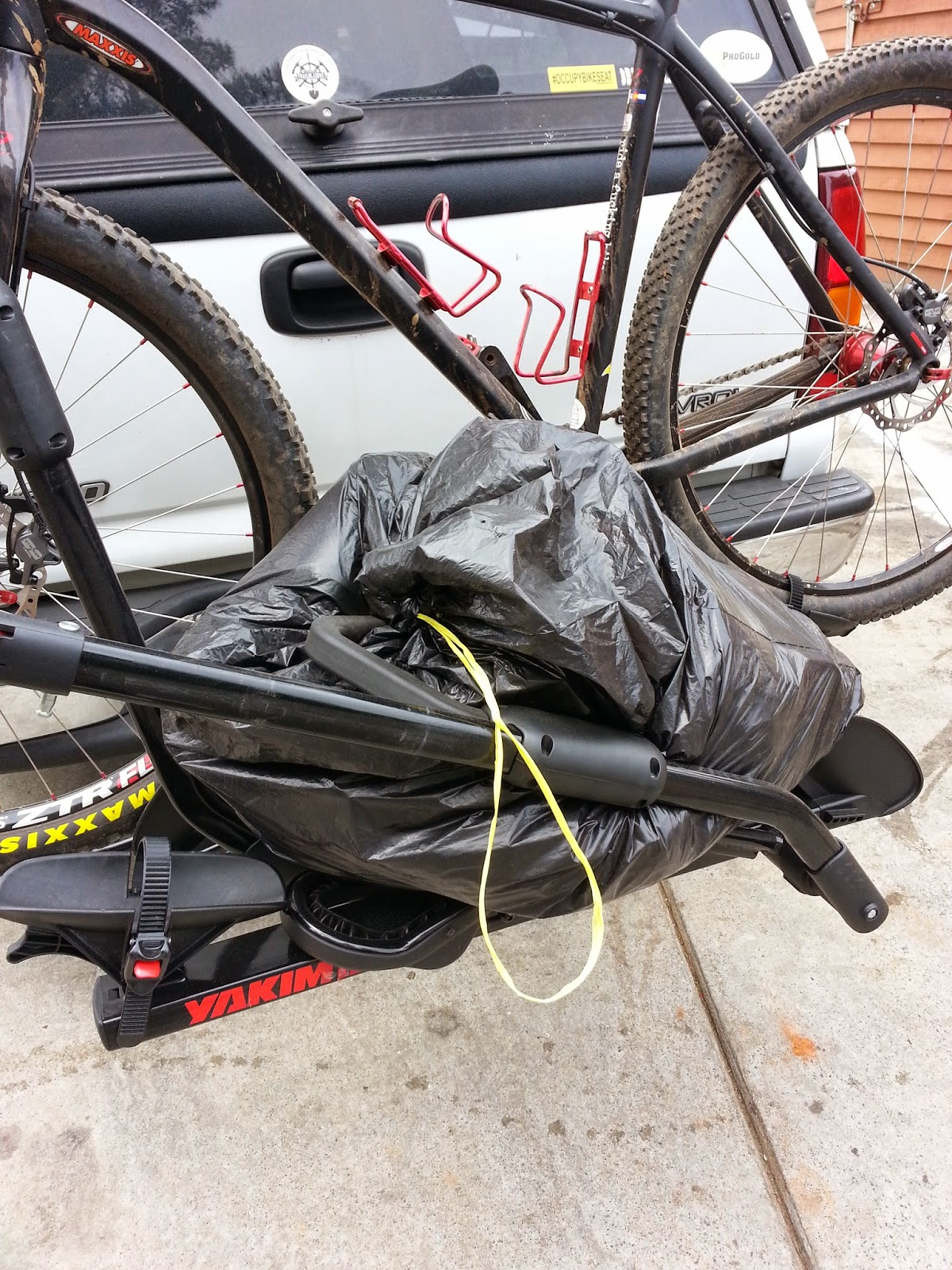 And while I mention that, I’ll shout out to Good Guy Greg for wrangling up the volunteers and running the show.  With him taking the lead, we had a great volunteer turnout and everything went oh so smooth.  I like that.

And lastly, I had a really great time.

My lungs hurt.  I haven’t ridden that fast in a long time, and my body knew it.  Luckily my legs were strong enough to take it, but if I want to do this again I need to work on my cardio. Endurance racing doesn’t help with short distance cross country stuff.

I had way too much air in my tires.  The day before the race, I decided to refill the sealant in both tires.  Instead of checking the air pressure before I removed the valve core, I just guess when I filled them back up.  I got the shit beat out of me (no easy task) on every rock, root, and jump, which caused me a few minor mishaps and probably a few seconds in time here and there.  I’ll remember that next time for sure.

Last, but not least, I didn’t train for this shit.  I went out way too hard at the start knowing that I would get tired anyway, and it took me too long to recover.  I did that in the past when I raced more often, but my recovery time was so much quicker that it didn’t matter.  Whether or not I continue to race XC, maybe training a little as if I’m gonna do it could help.  It certainly won’t hurt.

That’s it in a nutshell I guess.  The bad wasn't really bad at all (but I had to find something.)I did much better than I thought, because honestly, I didn’t think I would even finish anywhere near the group.  I was expecting DFL, and by DFL I mean having someone say, “Hey, did that asshole ever come back from his lap?”

I surprised my damn self.

Only time will tell if I join in another hot lap session again.  There is another race in the series, and I would seriously consider it if I wasn’t on call for work this weekend.  I don’t have any other races planned until July (and that one is in Pisgah), so my calendar is wide open.

Shit, I should probably bust out the road bike and shave the rest of the hair off my legs to get a little more serious about it.