Since the project at work that’s been kicking my ass is slowing down, it looks like I’m finally able to start riding regularly again.  Last night we got back to our Tuesday social ride and I couldn’t be happier.  Well, I would be happier if the trail we rode wasn’t full of unnecessary “improvements”, but whatever.  A ride is a ride, and it was still fun.  You know, despite the shitty trail work, I mean “improvements.”

Before that ride though, I had to do a little bike work.

It’s been so long since I’d ridden my rigid that it still had the gear on it from the 6 Hours of Warrior Creek. 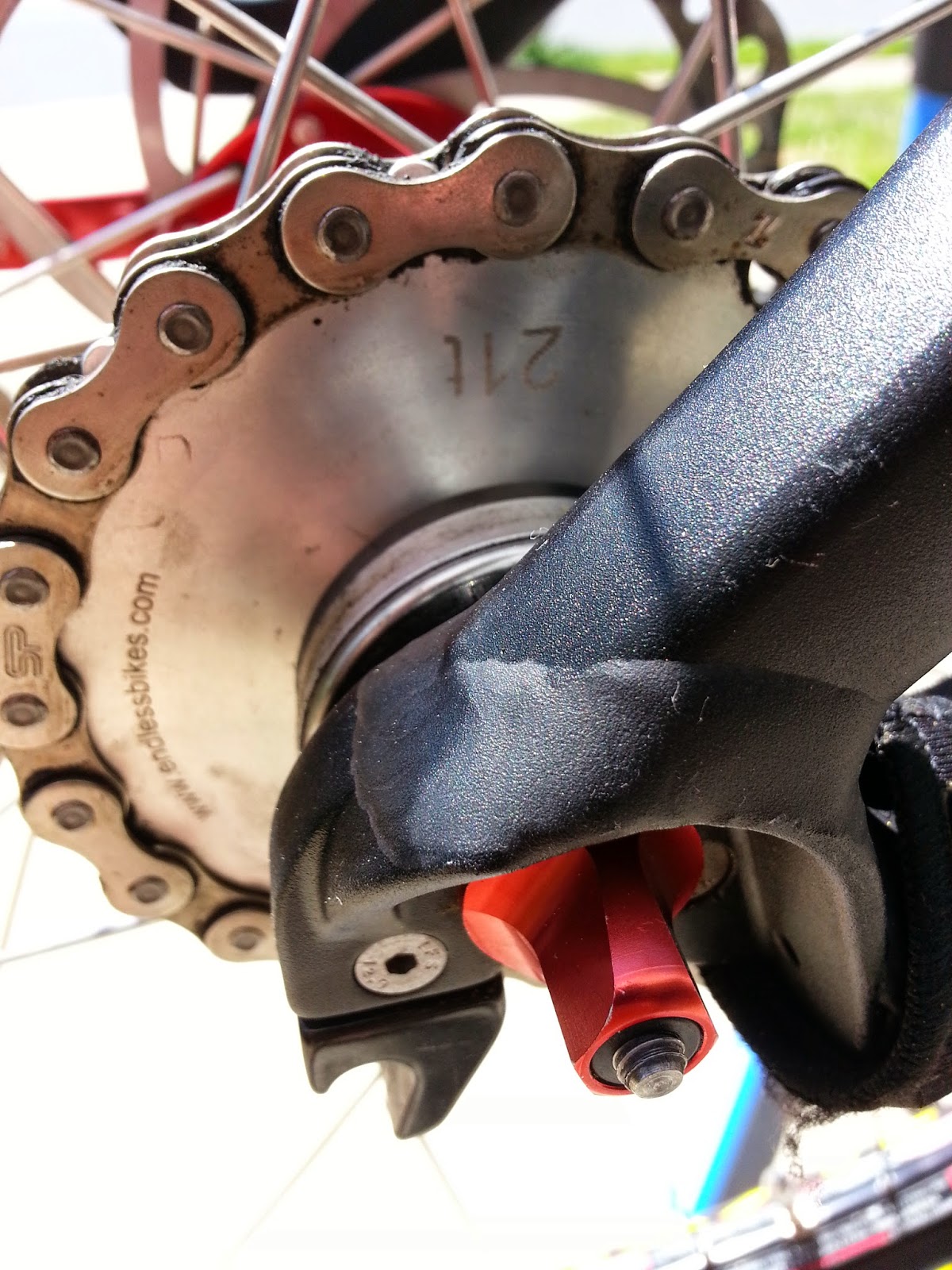 And that shit is way too spinny for anything around here, so I put on a more local-friendly cog. 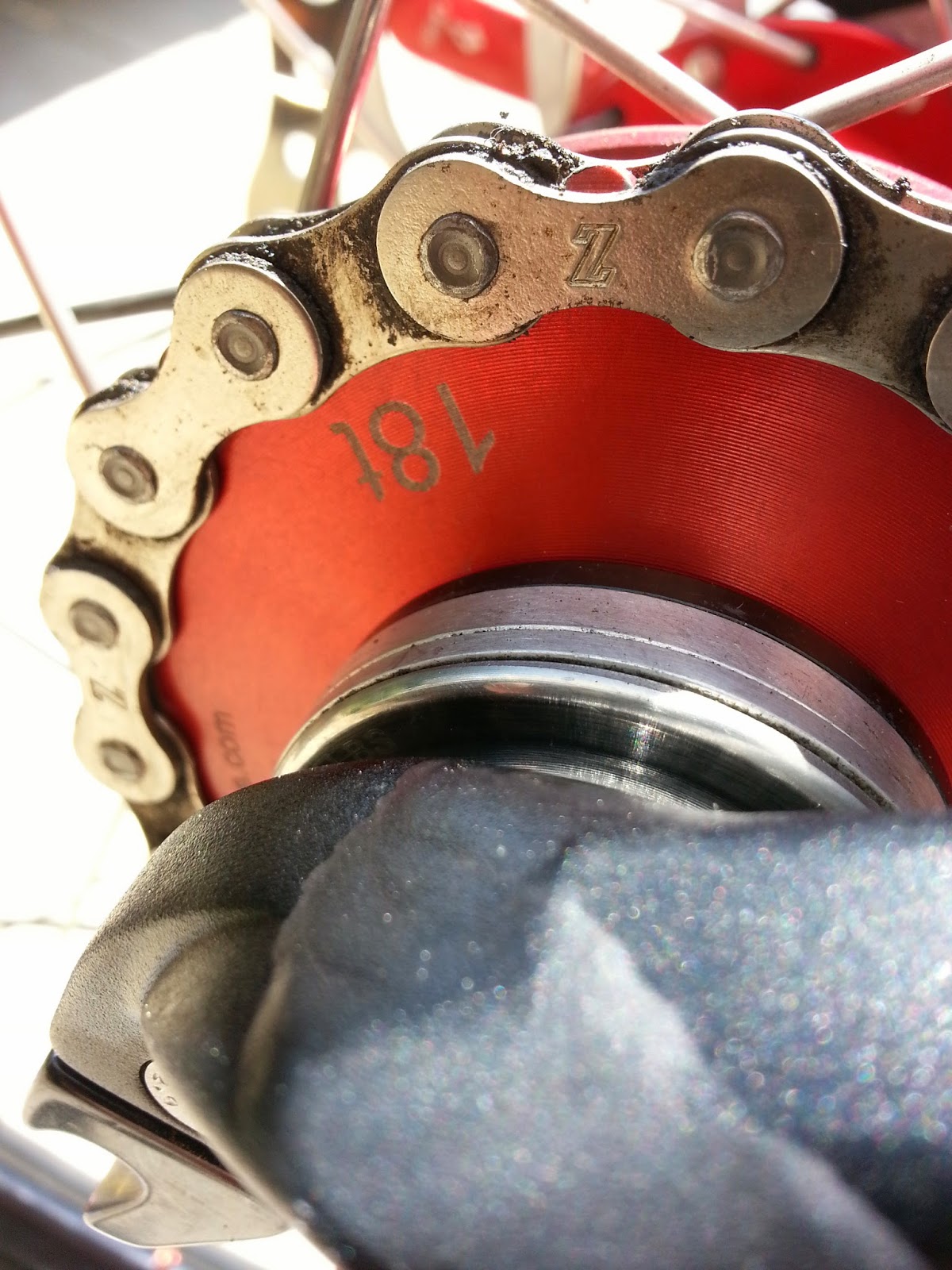 So exciting, right?  Let’s keep going.  In honor of Star Wars Day this past Sunday, I finally got around to putting Darth Maul back on my bike, which coincidentally is also called Darth Maul. 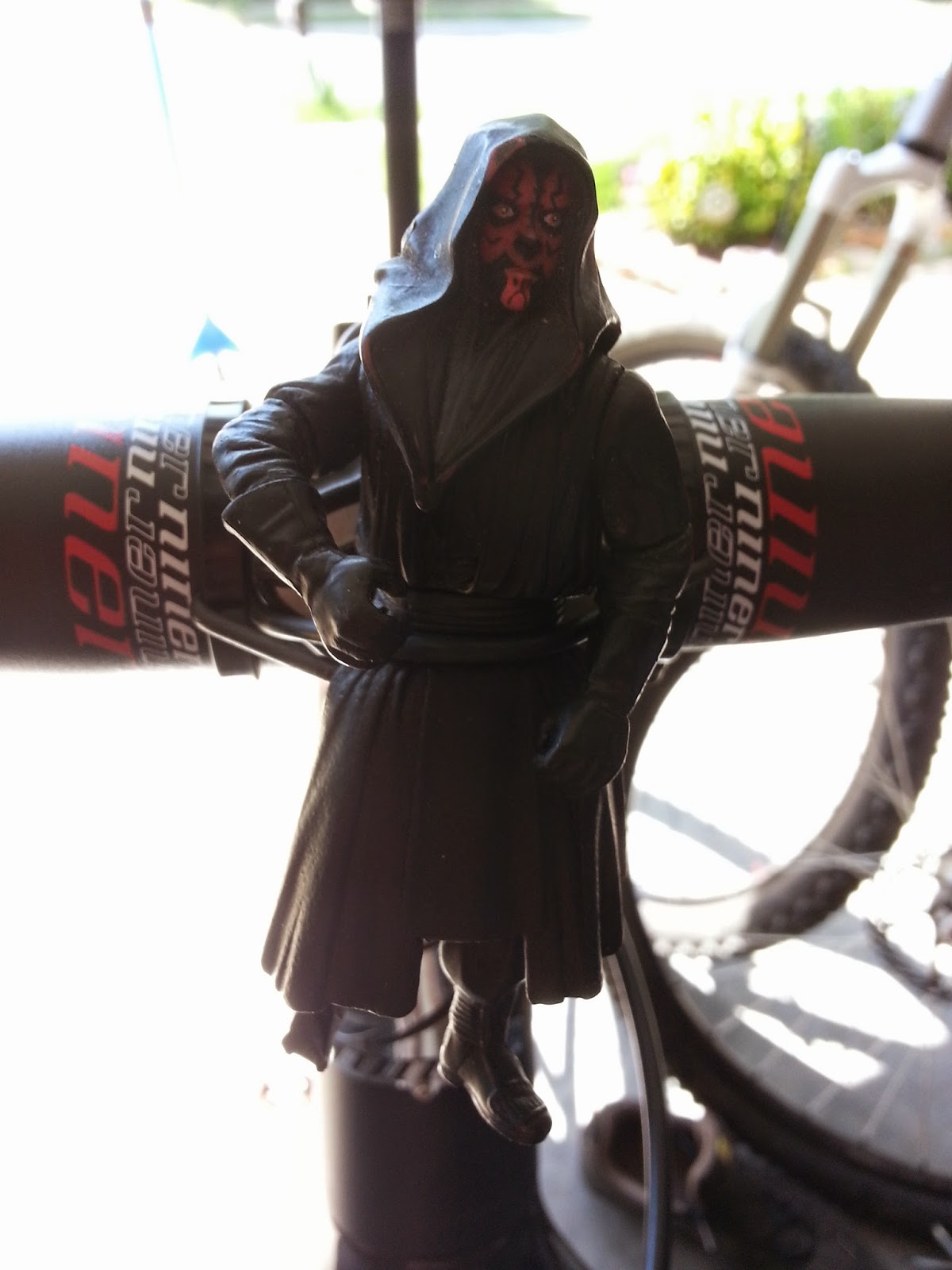 Okay, I’m really trying to hard to come up with stuff to talk about.  That’s okay, because I made a video.

So yeah, I guess I’m not really done with Pisgah.

I had the setting on my GoPro wrong, which resulted in it not being in widescreen and also a choppyish video (aside from the roots and rocks making me bounce around.)  I’m not even sure if it really shows the gnar that is Black Mountain (but it does show how fast you can go on Thrift Cove.)  If you’ve ridden it, I guess you know.

Did you watch it all?  I mean, all of it?  I included a blooper at the end because even cool guys like me* crash from time to time**.

**I actually crash quite a bit.  This time I just got lucky enough to capture it on camera.  Too bad it wasn’t a violent crash.  You know, ‘cause I love y’all.
Posted by TheMutt at 7:53 AM