I almost forgot to mention what I did Saturday night.  A friend of mine is in a new band, and he invited me to come to their show.  It seemed like it was out in the middle of nowhere, but forty five minutes later I was ready to hear some old school music.  The new band is called FIRE (Pronounced Fiyaaaaahhhhh!!!), and they play the classics like Iron Maiden, ACDC, Quiet Riot, and Judas Priest.  It was a small venue, but the music was big.

My man Gil tore it up playing “The Trooper” 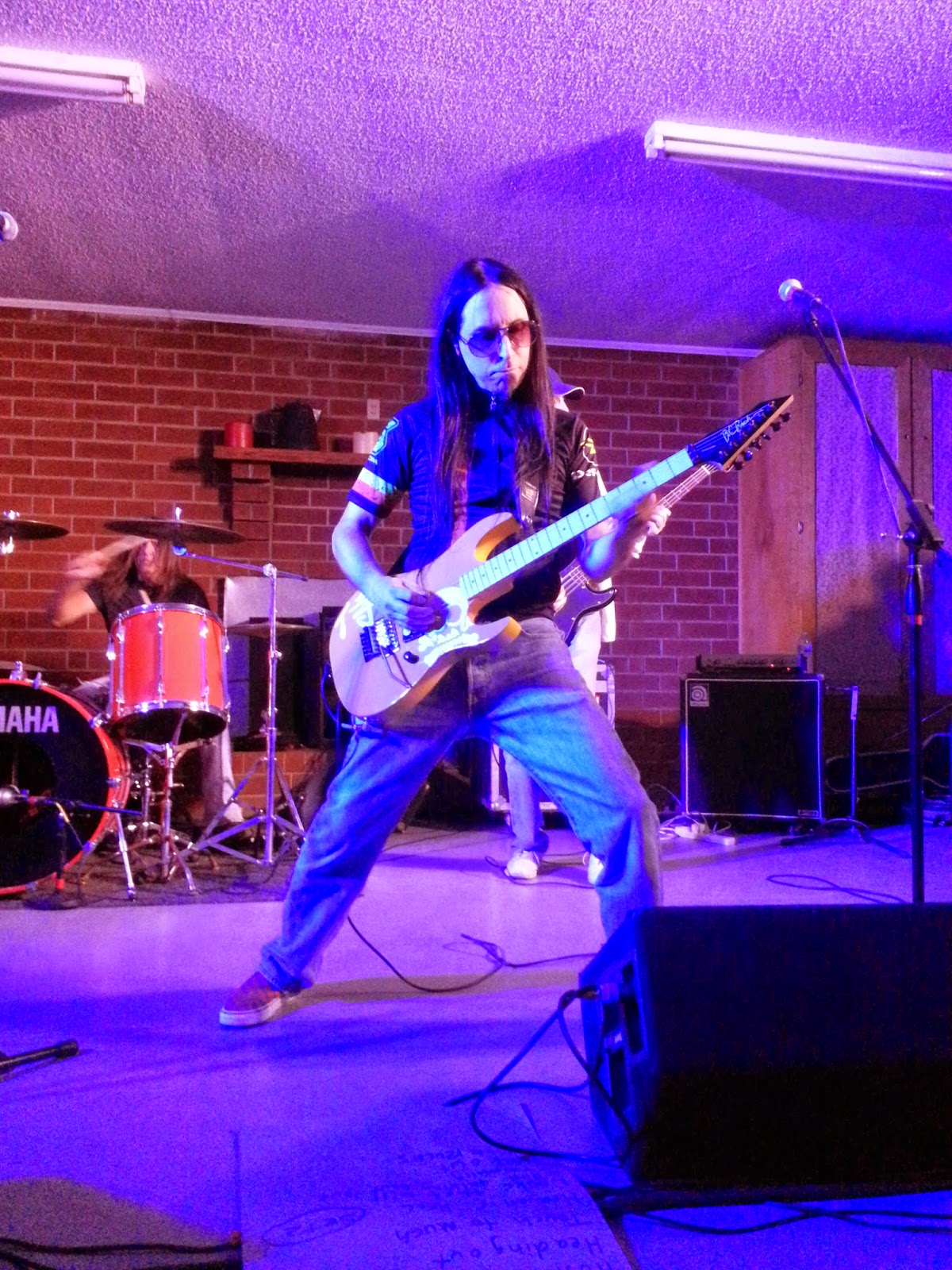 You might recognize him from my other local favorite band, CroMoly.  He’s still with them too, but this new band plays much harder stuff.  I knew he could jam, but I didn’t realize just how good he was until that song (well, that and when he channeled Eddie Van Halen on “Ain’t Talkin’ Bout Love.”

These guys put on a show, and sounded pretty damn good too. 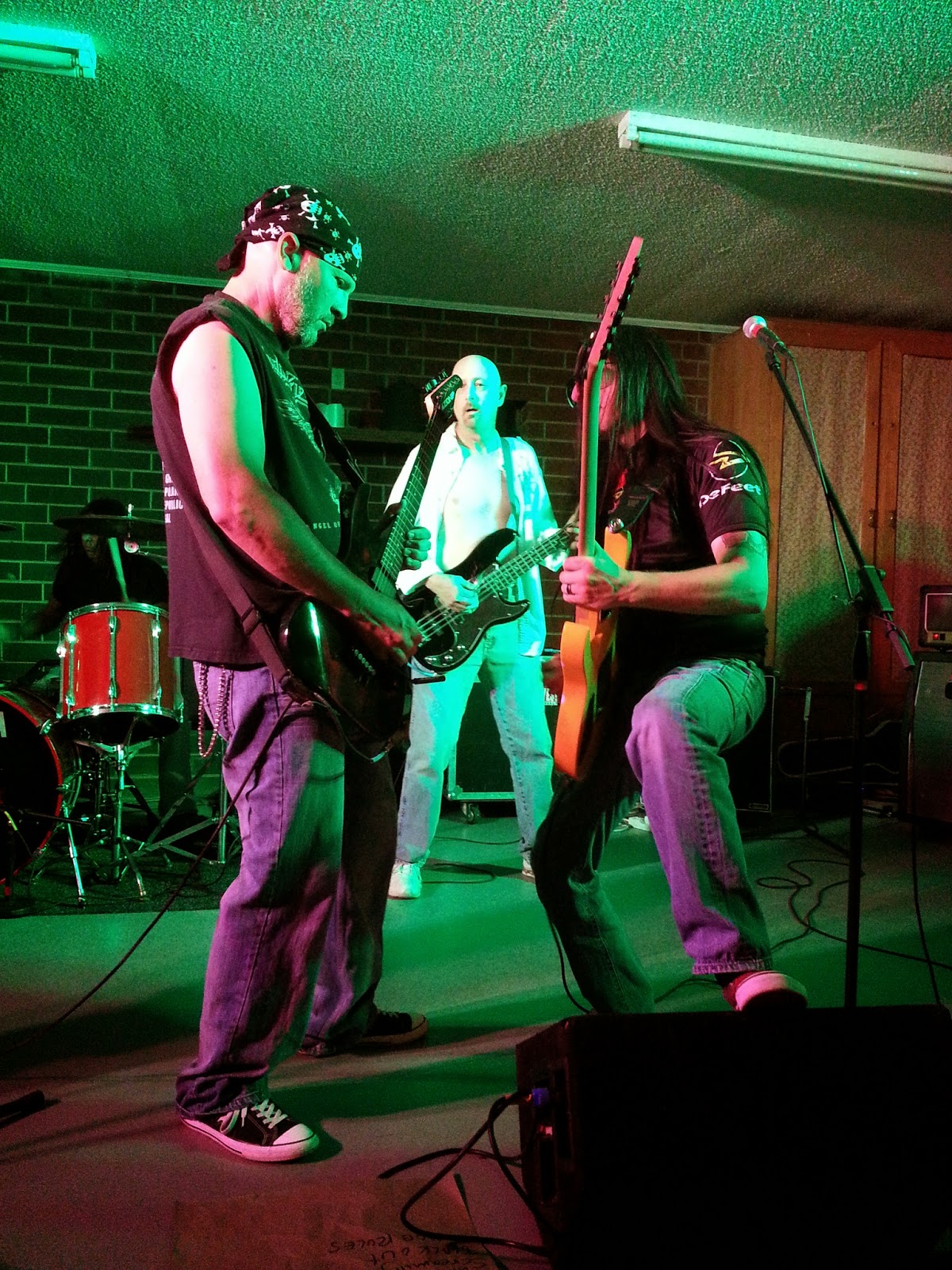 You might also notice the DeFeet logo on his shirt.  It’s actually a special run of the DeFeet CroMoly jersey (I have one too), so you can see that he’s still down with the folks in Hildebran, NC.

Anyway, these guys were loud.  Big sound, hard music, and a small venue made sure of that. 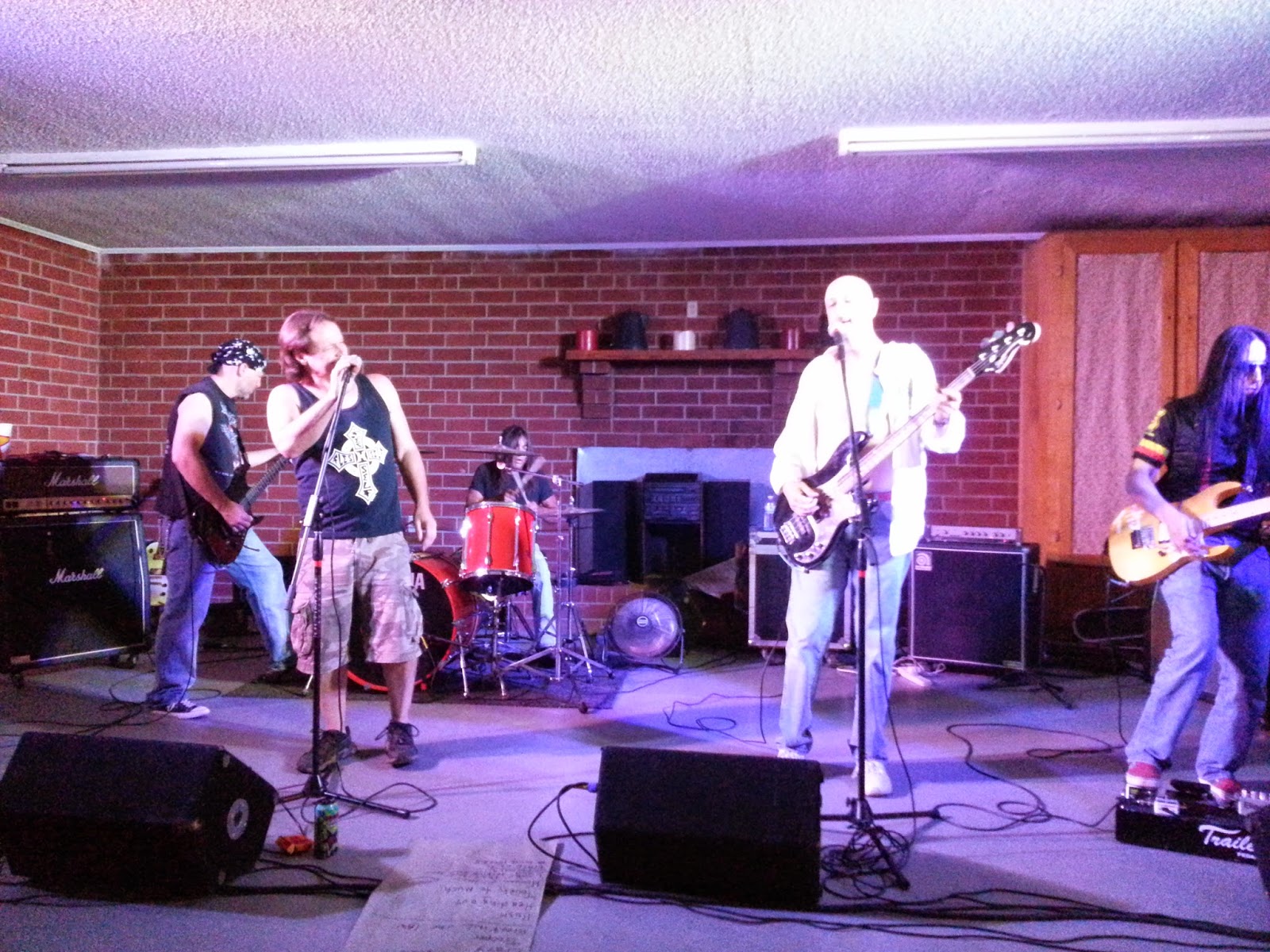 I sat right up front like a groupie, but mostly because I wanted to watch the guitar playing.  I’m still learning, but I came away inspired.  Will there be a band of my own some day soon?  Probably.  I just need to be able to play a little more (and talk some suckers into joining me.)

It was a long night since these guys played three sets.  The crowd was small, but everyone had a great time.  Those guys just seemed to enjoy playing the music, and I don’t think it mattered if the crowd was one hundred or one thousand.  That’s (what I’m guessing) being in a band is all about.

They’ll play again soon, and I’ll be there.  Since I’m a (cough)guitarist(cough) myself I’m making a point to see more live music.  I like a lot of different types of music, but metal really takes me back to when I was just a skateboarding kid in high school without a care in the world.

I even hung around after the show to help the band pack up like a good groupie should. 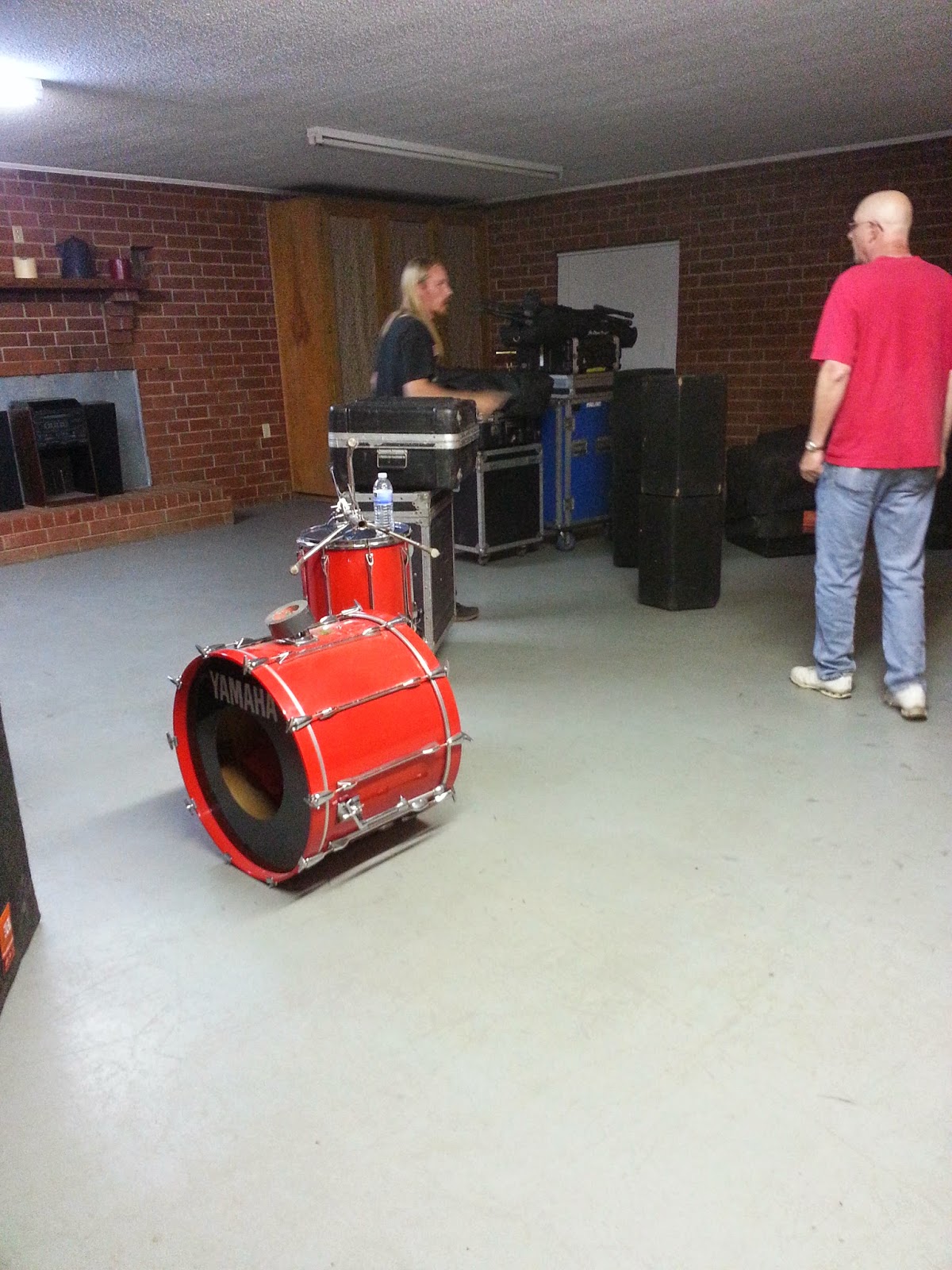 I felt young again for a moment, until I realized on the way home that I couldn’t hear so great for a while.  That’s what happens when you get old I guess.  I’ll keep listening (and playing) music until I can’t hear at all.