One more day here this week, and I’m getting ready to get ready.  Thanks to the awesome service at Endless Bike Co. I have a “just in case” gear for Single Speed . 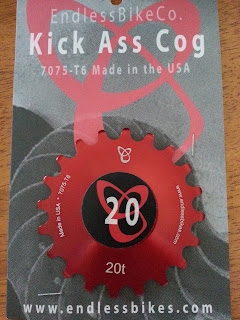 It’s all shiny and pretty.

Also, my shitty brakes finally became too shitty to use, so I upgraded them with much less shitty ones. 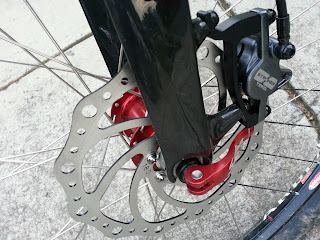 Thanks to the Gentle Ginger for saving me time by trimming the lines so they’re all neat and shit.

I put them to the test while I was riding in  da udda day, and they stop just like brakes are supposed to stop.  While I have no idea what kind of shit I’ll be riding in , hopefully these won’t give me any problems.

Since I mentioned again, I guess I can revisit that city and talk about the beer I had.  I found an old favorite in a local store, Starr Hill Northern Lights IPA. 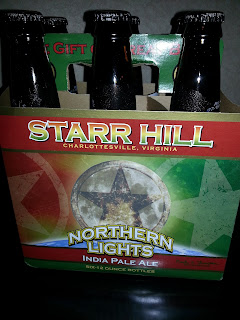 They used to sell that here in my local grocery store, but I haven’t seen it there in a few years.  I was happy to find some.  You know what else made me happy?  Finding a beer festival while Lunchbox and I were out touring the city. 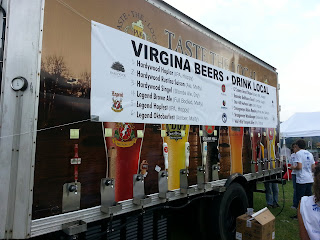 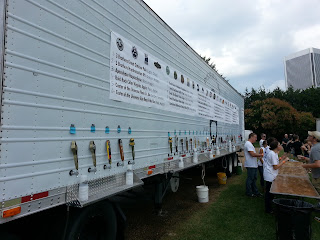 I also visited a local brewery, where I found the strangest fried pickles I have even seen. 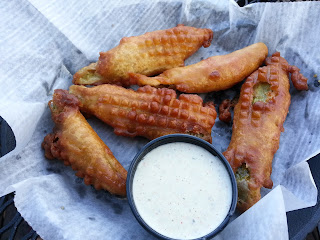 At least I’ve had plenty of beer lately.  That should get me ready for my big trip this week.  My new moustache, however, won’t be ready.  I found some new inspiration when Lunchbox and I visited some historic Civil War sites. 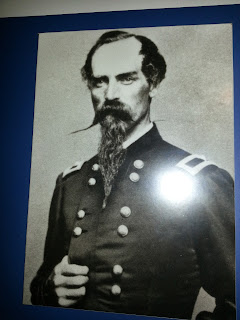 I don’t have time to get it looking that good though.