After a fun/painful weekend in , for Single Speed , Good Guy Greg and I hit the road towards .  Crossing back over the , we made the long, boring drive through in record time.  We didn’t stop there this time, because we didn’t want to be disappointed with shitty beer and food again.  Once we got into (after a thirty plus mile construction zone), we rolled our happy asses into . 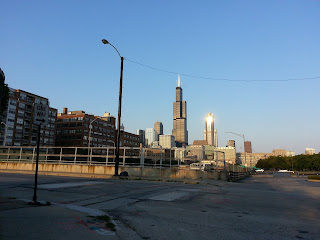 I’m not a city person at all.  I grew up in a tiny little town in playing in the middle of dirt roads, so I was really impressed with these giant buildings.  I’ve been to a few big cites in the past (, , , , etc.), but nothing I’ve ever seen compared to this monstrosity.  I mean, I got to see the former tallest building in the world. 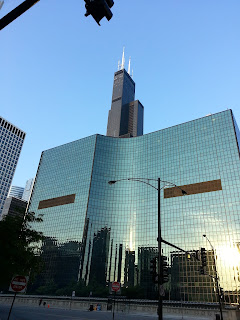 And damn, those big ass buildings were everywhere. 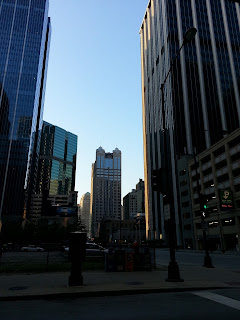 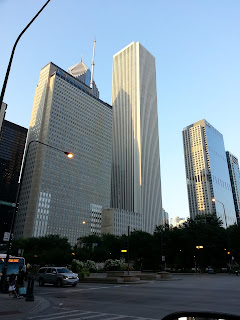 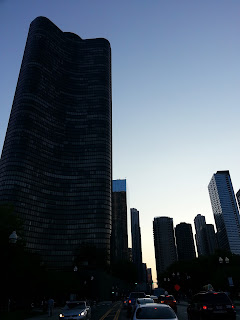 The plan was to drive around for a quick tour of the city, thinking that it wouldn’t take long since we were passing through on a Sunday afternoon.  It was still busy as shit though, so we figured that a bike ride would be in order.  Not wanting to pay an arm and a leg for parking, we found some shady underground roadside parking on the cheap. 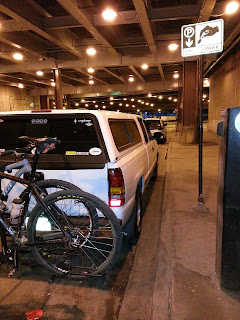 When we left, I really wondered if my truck would still be there when we got back.

We took off, and my shoulder was killing me after sitting in the truck most of the day.  I tried not to let that bother me, instead taking in the views the best way we could… 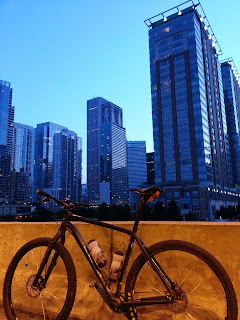 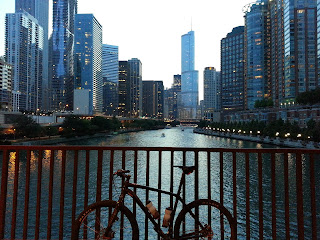 Having had my fill of the city (and crowds full of assholes), we high tailed it out of there and found my truck still there (and in one piece.)  Don’t worry though, before we left town we made sure to enjoy some of ’s finest cuisine. 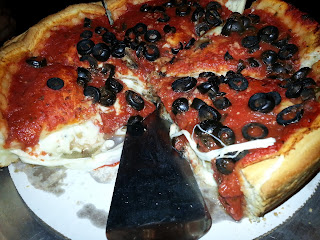 Holy shit.  The biggest, fattest, most delicious pizza pie I’ve ever had.  No wonder everyone up there looked like Jabba The Hutt.

We hit the road, saying goodbye to a city that I don’t ever need to visit again.  It was cool and all, but that was enough big city for me.  Just as we got out of , we were cruising down the highway hoping to make it to at least for the night.  My truck had other plans though.  Just outside the shit hole of , the high temperature warning light appeared on my dashboard.

I immediately pulled off the road, and Good Guy Greg and I looked under the hood. 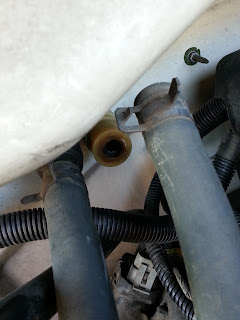 The little connector that holds a hose to the heater core had broken off, spewing coolant all over the road.  I called AAA, and after almost two hours of waiting in the middle of nowhere a tow truck showed up. 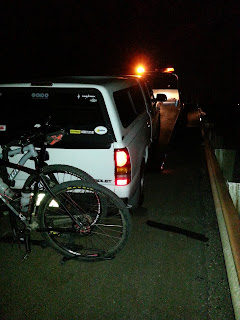 With one hundred miles of free towing included in my AAA membership, we instructed the driver to take us way the hell down the road towards Central Indiana (and far away from .)  The tow truck was the biggest piece of shit I’ve ever seen, and it shimmied and shook all over the road.  I kept waiting for my truck to fall off the back, or even worse…

Somehow we made it to civilization and found a room for the night.  There was an auto parts store within riding distance, so the next morning we took off to get the part we needed. 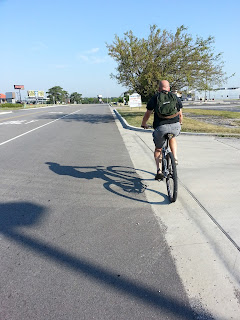 We found everything pretty cheap, but now we had to fix it.  With Good Guy Greg’s short reach and my busted shoulder we were having a helluva time.  I finally manned up to the pain and got busy.  The “instructions” (that I read on The Internets) said to use some kind of lube on there to get the adapter to slide in place.

I used the only thing we had. 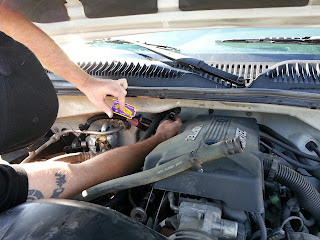 Chamois Butt'r.  It’s not just for your crotch anymore.

Parts were installed, coolant was added, and my truck was once again ready to hit the road.  I nervously watched my gauges for signs of trouble, but it was smooth sailing from then on out.  We passed through the rest of and , and when we got into (and in sight of “our” mountains) I saw a good sign. 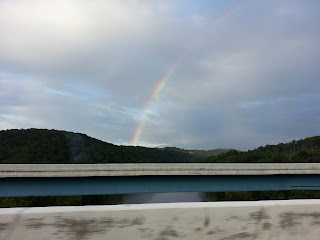 A short drive over those hills and we were home.  It was a trip filled with ups and downs and I wouldn’t have it any other way.

Chamois Butt'r - It's not just for your crotch anymore. Fucking awesome!

Love those Chevy Vortec engines - how many miles you got on that truck? My Suburban has 290,000!

Who knew Mr. Drummond bought the Sears Tower and named it after the good son?? Why didn't he buy the little one and name it the Arnold Tower? Did they even show "Different Strokes" on the "electic picture box" down in Florida?

Thats my hometown your talking trash about. Just like any city you need a local to show you the good stuff. But you can't beat the pizza. I will take one slice of that over a whole NY pie anyday.