Vacation Before I Leave For Vacation

So yeah, Lunchbox and I took off to  over the weekend to attend training camp for our favorite football team.  We got there early, found a good spot to watch the team practice, and then it all turned to shit. 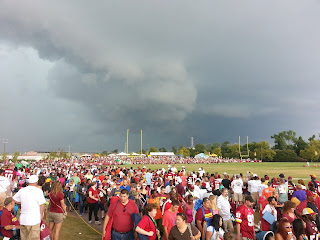 The trip wasn’t a waste though, because we found a nice little place to ride our bikes the day before. 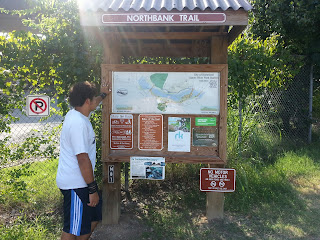 We had a route planned thanks to the Internets, and we got on our way.  We had to cross a walking (in our case riding) bridge to get over the .  The view was pretty cool. 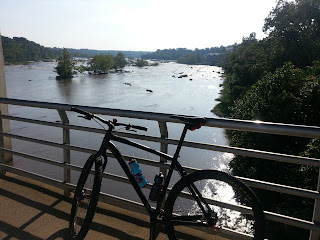 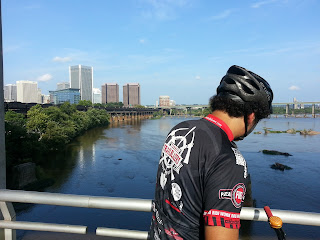 The next stop was Bell Isle, which was at one time used as a prison for Union soldiers during the Civil War.  Now it has trails (of course) and access for swimmers and kayakers to play in the river.  It also had the raddest skills area. 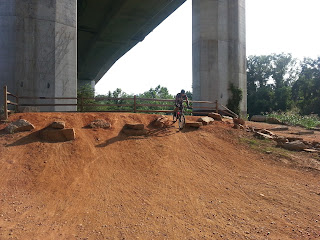 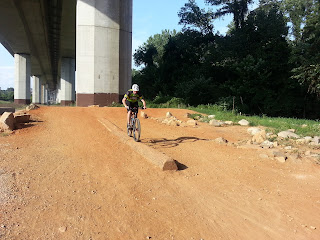 Complete with a fun pump track. 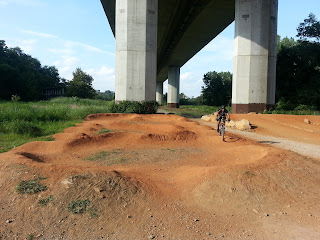 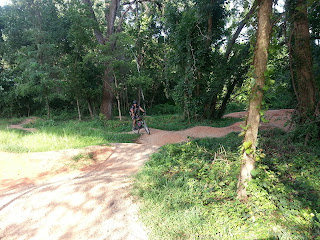 The trails on the island were confusing, since there were way too many cut-throughs and piss poor markings.  Plus, most of it was a vegetable tunnel. 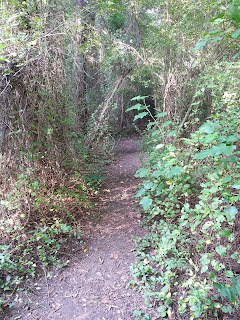 It was fun though, and after finally getting out of there we took off across another bridge.  Again, it wasn’t obvious where to go, but we eventually found our way. 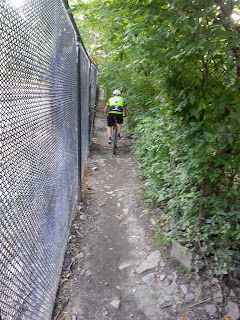 It didn’t take long before we were confused again, but after checking the Internets with my super duper smart phone I figured out that we had to climb up this: 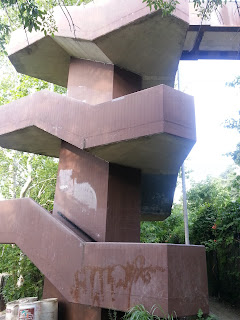 And we crossed over some railroad tracks to reach what I heard was the crown jewel of their trail system…Buttermilk. 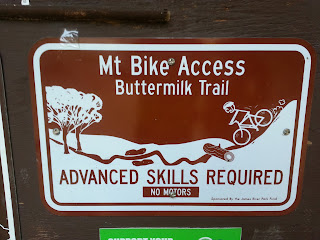 And conditions was good… 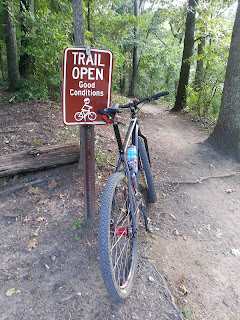 Since it said “advance skills required” we were wondering what to expect.  Would it be super double black diamond with drop-offs, gap jumps, and mega rock gardens?  Or, would it be just slightly more difficult than what we just rode? 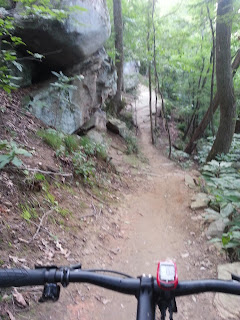 Turns out it was smooth as can be and had rocks all around for “decoration.”

It was still fun, and with little climbing and fast, flowy sections, my full rigid single speed was perfect for it.  It was kinda funny though, because every rider we saw out there had little wheels and full squish.  Maybe they thought the trail was difficult and they needed that stuff.

After finishing Buttermilk (the only trail where we didn’t get lost), we took yet another bridge back across the . 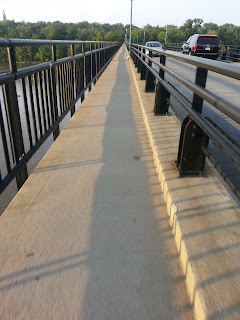 And we managed to find our way back (on the North Bank trail) without any issues.  The views were pretty good there too. 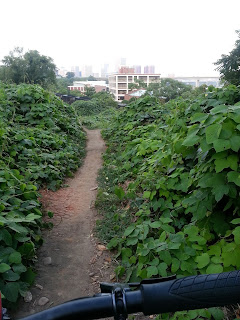 It was nice to ride something different, and even though the main event of our trip was cancelled we had a great time.  The local groups in responsible for the trails have done a great job (especially with the skills park) and if you’re ever in the area you should definitely stop by for a ride.  Sure the trails could use some better signage, but we had a nice little adventure just the same.

Now that I’m back home, it’s time to get ready to leave again.
Posted by TheMutt at 8:31 AM