Last Thursday at Interbike I had a chance to be a part of something special, the 3rdAnnual Ride For Reading Interbike Book Delivery. Instead of heading right to Mandalay Bay for day two of the big ol' bike show I met up with about one hundred other cyclists to deliver books to a local elementary school in Las Vegas. 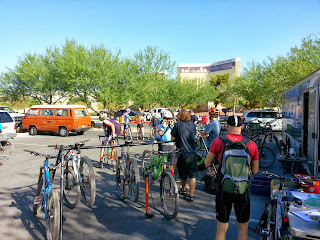 I didn't really know what to expect when I got there, but when I walked up it was pretty easy to figure out. I signed a waiver, borrowed a bike, and was told to grab a backpack and start filling it up with books.


There were lot of them too, donated by Better World Books . 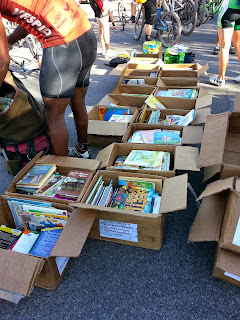 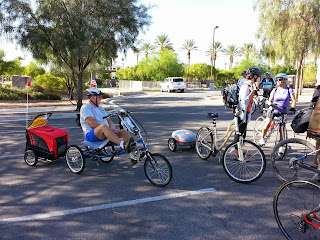 I forgot this guy's name, but he flew into Los Angeles from New York, then proceeded to ride his bike to Las Vegas prior to Interbike. 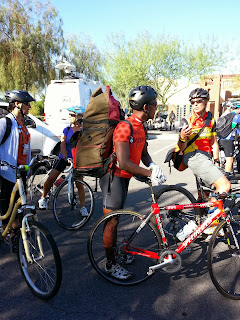 He didn't volunteer that information right away, but I found it out later when I realized that he was also down with Drunk Cyclist and struck up a conversation with him. 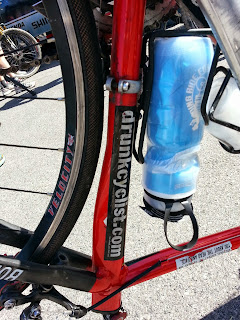 Here's a video from a local news station just before we left:


I didn't realize that there was a news segment being filmed, but if you watch near the end, you'll spot me in my white Drunk Cyclist shirt. Yeah, DC is down with RideFor Reading.


Anyway, it was almost time to roll out but I needed more books. I ended up carrying three backpacks, since Dejay told me I was the biggest guy there and therefore should be able to carry more. Once the Las Vegas motorcycle officers were ready, they guided us up The Strip so we could safely make our delivery. 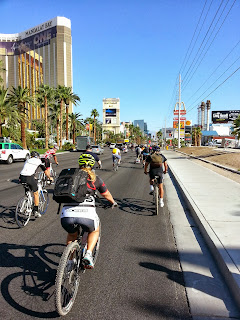 These guys kept us safe from crazy Vegas traffic, and we appreciated it. 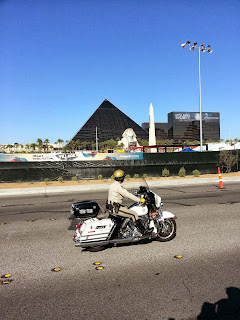 After about a four mile ride, Jack Dailey Elementary School was in our sights. I was totally unprepared for what happened next. The kids were outside, and once they caught a glimpse of us they started screaming and jumping up and down. Were they really that excited to have people deliver books to them? I couldn't believe it. We rolled through the crowd, and the kids were high-fiving us and cheering. It was surreal, and the energy was incredible.


We went around to the back were some tables had been setup, and we emptied our backpacks and arranged the books so the kids could pick which ones they wanted. When we were done, we gathered so Mathew (founder of Ride For Reading) could talk to the children. He asked them to promise to read the books twice and to never throw them away, and to give them to someone else to read when they were done. 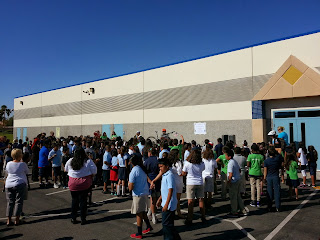 Then they were turned loose to pick out three books each that they could keep. 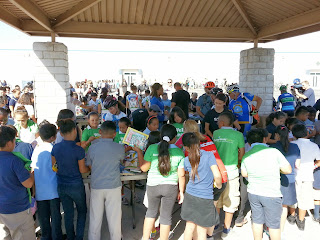 It was amazing. In fact, I was a little choked up just watching what was taking place (yes, me.) These kids were excited to get books. Books! Can you believe it? In fact, I watched a couple of kids run off to find some shade from the hot Nevada sun just so they could start reading right away. 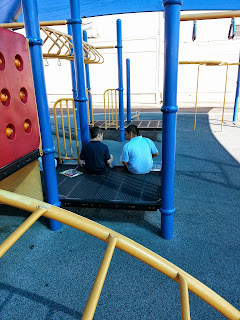 Before we knew it, it was time to go. I enjoyed being a part of this, but we couldn't stay there all day. Even while we were getting out of there, kids were still coming out from the school to pickup their books. All good things must come to an end, and we said goodbye.


The ride back wasn't as fun, but we all felt pretty good. 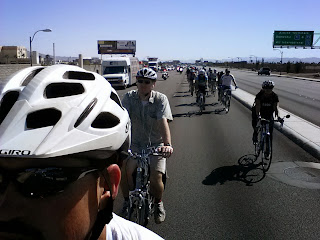 It's not always about bikes and beer, even though you might think otherwise most of the time. 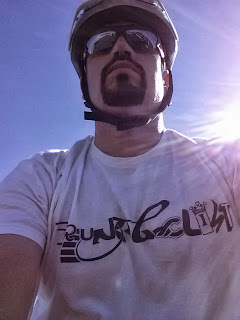 Thanks so much to Ride For Reading, their sponsors, and the kids that made my day. In fact, it was the best part of my trip out west. I think maybe we might have to do this here in Charlotte soon. Since Dicky is the one that reminded me about this when I talked about heading out there, he might be down to help around here.

Hell yea Chris, good on ya!

That was Corey the Courior btw, he is DC. Dude is all over the place like whoa.