Hope you enjoyed your day off for Labor Day.  I don’t usually post on holidays, since most people are busy.  Labor Day is the “unofficial” end of summer, and most people like to have a little cookout. 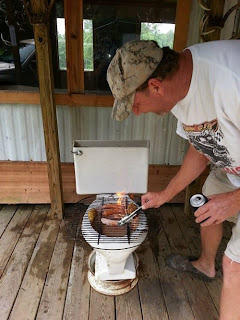 Not me.  I had to work yesterday (and I was on call for work Saturday and Sunday too), but that didn’t keep me from having fun.  Saturday was Lunchbox’s birthday, and of course we celebrated. 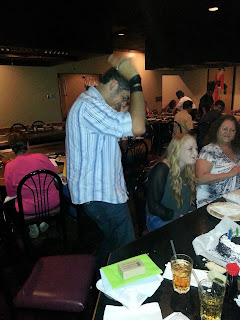 We had a nice time at a local Japanese “cook that shit right in front of you” restaurant.  It was one of the few times we all get together without bicycles involved, so we took the opportunity to get a family photo. 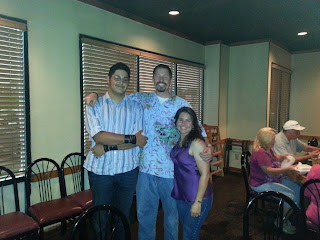 He’s getting big for sure, but damn.  Did you see how small Little Miss Sunshine is?  I’m gonna start up a collection for a step stool so she can get up to our level.  At least she's taller than Dicky though.

Earlier in the day, I spent a little time hanging out in my favorite shop.  I had to pick up my “new” rebuilt wheel. 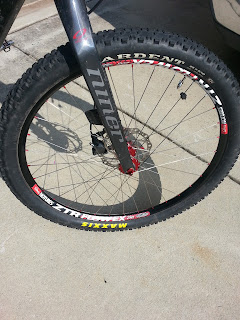 Even though I won’t be riding it for a while, it was nice to get it back.  That Flow EX is gonna be nice up front on my rigid bike.  Hopefully the next time I crash (and there will be a next time) I won’t mangle it like the last one.

Since I have a ton of free time now, I washed Darth Maul and got everything ready to ride. 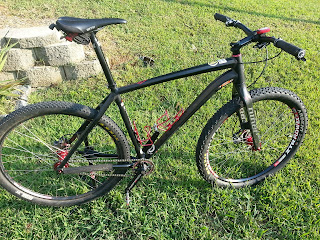 Did you notice my new Drunk Cyclist sticker? 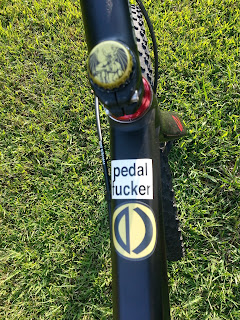 I’m still a long way from getting back in the woods on my bike.  My shoulder has improved quite a bit though.  The numbness in my arm is almost gone, and now I have full range of motion.  It still hurts quite a bit when I do certain things, but a return to the trail will hopefully be sooner rather than later.

In the meantime, I’ve been sticking to the “road.”

More about that later this week.  Also, D-Wayne sent something my way that I have to get to, plus I still have an "announcement" or some shit like that.

It’s not super busy around here, but I think I’ll at least get through this week.

Hey Mutt. Good to see you Saturday. Proves you were not at Burning Man.