Sure, yesterday was race day for me.  It was also driving day since I headed over the mountains to the state of Tennessee. 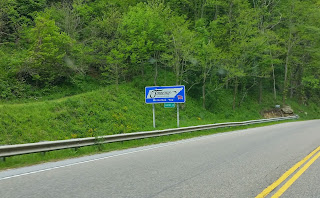 Kingsport, TN to be exact.  I’d never heard of it, but I knew it was far.  Almost four hours away far.  I really didn’t know anything about the trails out there and I wasn’t sure if I was ready to race in the mountains. 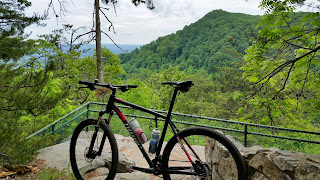 I warmed up a little and lined up at the start.  We took off up a gravel road and the sprint was on.  As usual, I took off as fast as I could and got out front.  I hit the trail in first and picked up the pace.  We were really moving and I felt pretty good.  The train was right behind me though.  I kept pushing but my stomach hurt like hell which made me back off a bit and let two guys by me.  There I was again, sitting in third place and fading fast.

Third place is a shitty place to be.  Still on the box, but far enough back that one wrong move could jeopardize the whole thing.  I was worried, especially since fourth place guy was gaining fast.  That pissed me off, which in turn made me forget about my stomach pain (or perhaps it just went away.)  I put the hammer down and sped off.  We hit a climbing section and I spotted the leaders up ahead.  That kept me motivated and in great spirits.

We hit the gravel road and I gave it all I had.  The leaders must have too, because they were out of sight.  I took a moment to look back though, and fourth place guy was nowhere to be found.  Awesome.  I hit lap two and rode like hell.  The trail was familiar since I was just there but I don’t really remember much of it.  I was pushing hard trying to catch the leaders and keep anyone else from knocking me off the box.  I hit the fire road again and I was almost  there.

I flew down the fire road as fast as I could and crossed the finish line, still in third place.  Because of the setup there though, I still wasn’t on the box. 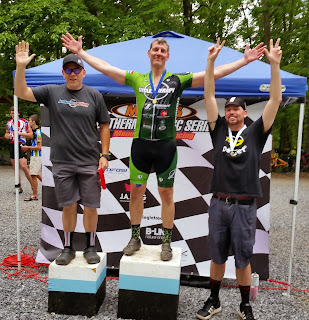 I really had fun.  The trail was fast and flowy, with a few rocks thrown in here and there to keep the dirt roadies in check.  I’m not sure if it’s worth the drive from here just to ride there, but if you’re ever in the area…

You know how that saying goes.

Anyway, Tennessee was good to me.  Except when I stopped for refreshments at a local watering hole. 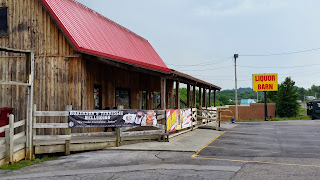 They were closed.  No liquor sales on Sunday.  Bastards.

Still, I had a pretty cool day.  Lots of driving with a little racing thrown in.

This season ain’t too bad so far.