It was such a nice day on Saturday that I had to get out of the house.  The only problem was the fact that I felt a little guilty about leaving my little buddy at home.  He gave me the sad eye treatment, so I decided to give Carl a day of fun. 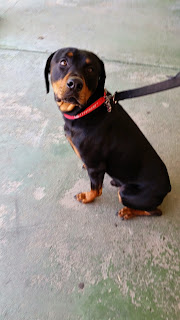 Our first stop was at The Cycle Path, which was having a little sales event.  Carl is always welcome there and he makes himself at home. 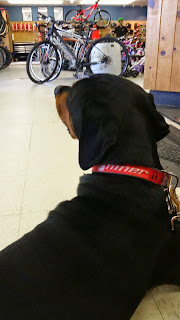 Carl greeted everyone that came in the door and made lots of new friends.  It's a hard life for a dog and it wore him out. 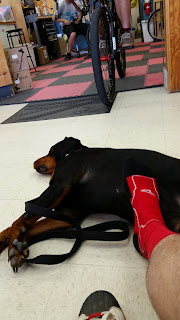 Having a shop that lets dogs (and lame ass customers like myself) hang around is pretty cool.  It's nice to do business locally with a shop that has "character." 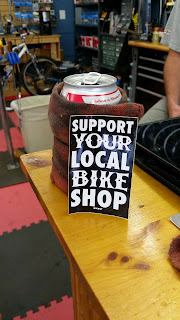 While it seems like my doggie was totally exhausted, our day wasn't done.  Since there was a six hour race held nearby at Lake Norman State Park I figured that we should go up there to heckle/cheer on our cycling friends.

Carl was tired, but seemed excited to get out and see more new people.  And the people were excited to see him too.  While I have lots of cycling friends, they were all happy to see my dog instead of me (I don't blame them.)  Apparently he's pretty famous and getting to meet him was a big deal.  He loved the attention and everyone loved him.  He showed some signs of being tired again, so after our meet and greet we headed back to my truck to get him some water and a few treats.  We walked out into the woods and he forgot about being tired.

As soon as we got on the trail he perked right up. 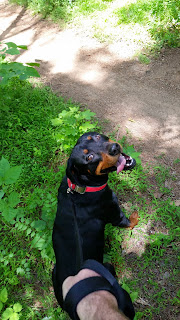 He enjoyed being on the trail and was happy to see the racers roll by. 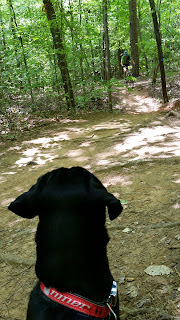 The race ended soon after and we went back to socializing. He got some more petting, belly rubs, and even some chips.  He had an awesome time and so did I.

I wasn't on my bike, but taking Carl out felt like a much better way to spend the day.

I mean, it wasn't like I was eating gummy bears out of my sweaty jersey pocket like Eastwood. 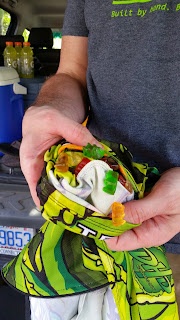