It won't be long before I'm back to racing my bike again.  I was reminded of this fact last night, when I checked the Facebooks and saw the schedule for the upcoming Southern Classic Series: 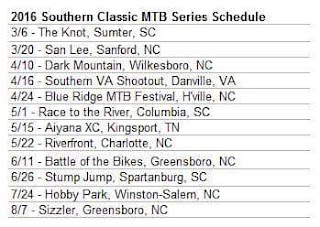 Less than two months to go.  I'm definitely not ready.  Sure, I've gotten back to training, but it's tough right now.  I've started back with Total Cyclist (because it worked well for me), but even that's been a challenge.  Just two days ago I had to excuse myself in the middle of class. 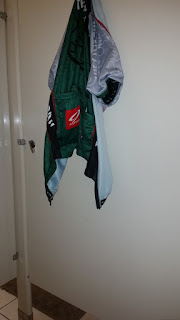 Spending time in the bathroom does not a fast cyclist make.

I'm trying, Ringo.  I've lost a little of my fitness, but having a stomach issue while I'm on the comeback trail is enough to frustrate me.  A little less than two months is enough time to get ready for a long cross country season.  However, I'm really thinking of kicking off the 2016 season by doing a little twelve hour shindig down in Florida again this year.  The 12 Hours of Santos is always a fun time (if suffering is fun) and I'll more than likely be down there next month.  Just a little more time in the shitter and I'll be in prime racing shape.

Also, registration for the biggest party in the Southeast kicks off this Saturday.  The 6 Hours of Warrior Creek is always a good time, but I'm not sure if I'll "race" it this year.  I'm strongly considering it, but I'm also strongly considering just showing up, riding one lap for fun, then partying it up with my racer friends.  I guess I'll have to make up my mind soon since it always sells out so quickly.  If you want in, you'd better be ready first thing Saturday morning.

So yeah, the season approaches.  Aside from "training", I have all my support lined up already.  I've also added a new one to the list: 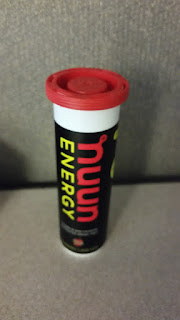 I've been using Nuun for the past few years, and after begging for their support they finally gave in.  So, as shown over there on the left, I'm a part of Team Nuun for this year.  I am excite.  The stuff really works, tastes good, and I use it on every ride.  I may not be ready for the season just yet...

But I will be.

At least I have some nice support again this year.