Just about every bit of snow around here has melted.  It's warmed up a little bit too, so I should be happy about that.  Aside from a little bit of rain, it's been nice bike riding weather.  Hell, any weather is nice when you're on a bike.

I need to get out and ride more.  I've been working during the day (like most folks), and when I get home it's either too dark or I'm too tired to ride (or whatever other excuse I can come up with.)  In reality, it's been difficult to get motivated.  I mean, I missed a prime "training" opportunity over the weekend during the Snowpocalypse. 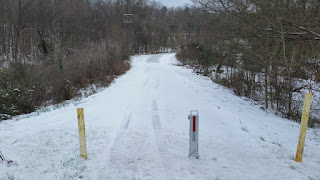 Sure, snow and ice covered everything around here.  That's no excuse though.  I should've gone out and pedaled at least a little bit.  I might have had a little fun in the process.  Instead, I went for a "hike." 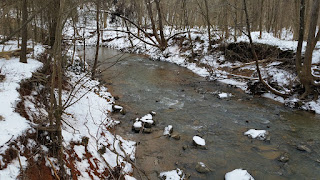 Anyway, the real issue is that the "season" is starting soon.  And I'm not anywhere near ready.  I've been "training" at least. 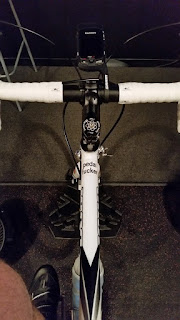 It sucks.  It's supposed to.  Who gives a shit.

I worked hard last year.  Total Cyclist two or three times a week, rides all weekend, eating right, etc.  Towards the end of the season though, I changed jobs, it sucked, and I went on a downward spiral.  I was so down in the dumps that I just let myself go.  Less social interaction, less riding, moar beer, and moar food I probably shouldn't have been eating.  Sure, I got out of that shitty situation, but the damage was done (luckily I didn't gain any weight.)

That's one reason why I'm gonna race cross country again this year.  I figured that having some goals would do me some good.  Add in a few endurance races (12 Hours of Santos and 6 Hours of Warrior Creek already confirmed), and I may be able to get back into some sort of shape and have some fun doing it.

Round is a shape.  Luckily, I'm not round.

I'm gonna catch up somehow and get back to something.