So on Saturday, I spent almost a whole day at a brewery... 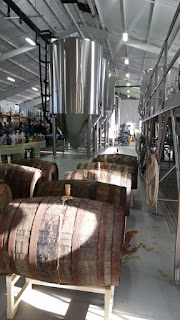 Yes.  I drank a lot of beer.  That's what happens.  However, that's not why I was there.  You see, the folks at The Unknown Brewing Company hosted this really rad fundraising event called Shred for Gabe and Luke.  The brainchild of the Chili Man, it's a skateboard deck art auction to raise money for two really cool kids, Gabe and Luke, who were born with Spina Bifida.

They are really awesome, by the way. 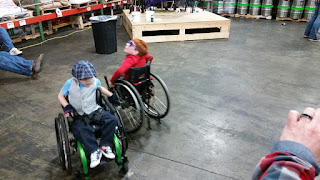 There were lots of boards painted by many local artists... 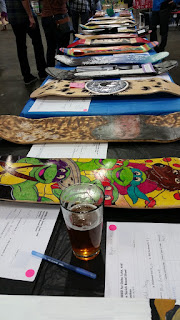 The one up there next to my beer was painted by Lunchbox.  The guy that won that auction was really stoked to get it.  I was proud.

Anyway, aside from cool kids, good food, some of my favorite beer,and art for auction, local vendors were on site selling their wares.  One cool thing of note was the peeps from Soul Ride Skatepark selling skateboard guitars. 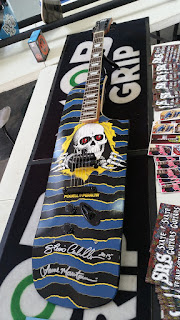 And how can I forget the little lady? 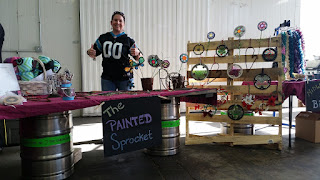 She had an awesome booth with her cool artwork for sale, but the highlight for me was the coolgift she made for the folks at the brewery (for hosting such a great event.)  With The Chili Man on the mic, a brewery representative unwrapped a custom piece of artwork... 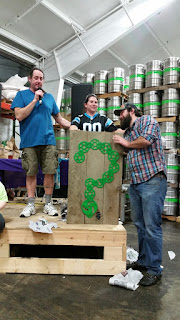 Pretty rad.  The little lady is proud.  I was too.

I can't remember how many beers I had that day, but I do remember that I had an awesome time.  I met some really cool people and helped (a little bit anyway) to raise some money,  I didn't ride bikes, but it's not always about that anyway.