The plan all along for the 12 Hours of Santos was to race for six hours and party the rest of the time.  It was a no brainer.  Mr. Shepherd and I gave it our all, and had a good time.  When party time came around, we walked next door to hang out with our Jacksonville friends.  They had their shit together, meaning that they really know how to host a party.  Their campsite was the land of trailers, and the sign out front said just that. 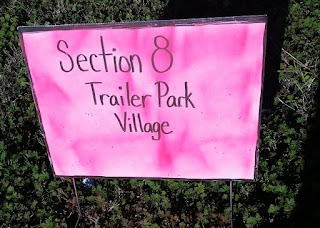 Last year, they had a neat little jump ramp on the course.  It was fun, but this year they built one moar better. 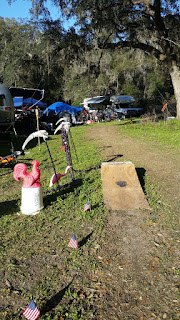 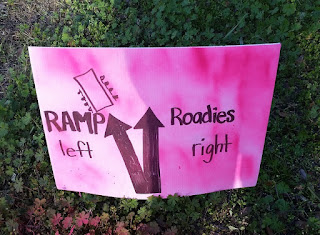 We hung out and heckled the racers into jumping, and a lot of them did.  It became even more enticing when the sun started to go down and they set it on FIRE. 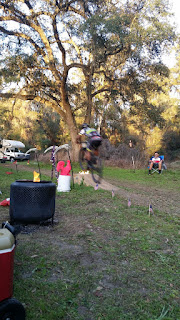 And when the sun actually went down, it got better.  Much better. 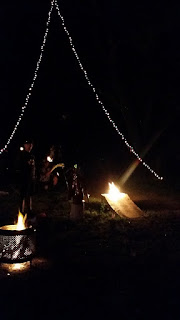 More people hit it in the dark for sure, It was fun to watch, and more fun to drink beer and heckle the ones that didn't.  The party got better, especially when some trailside beer pong broke out. 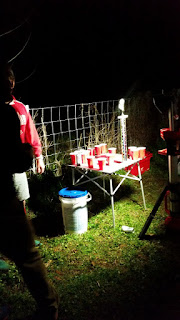 Eventually they moved down toward the flaming jump ramp. 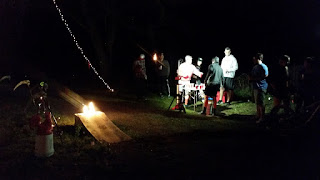 And people were rolling through our party and having a great time. 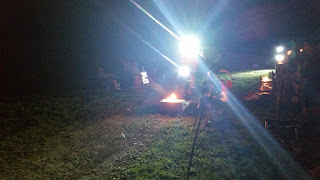 I know those folks still racing enjoyed it.  In fact, the whole course was pretty rad at night.  Even the "Banana Hammock" looked pretty damn cool in the dark too. 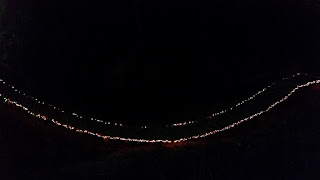 The race eventually wrapped up, and instead of heckling the podium folks we decided to hang out and keep the party going.  More beer, more beer pong, more flaming jump ramp. 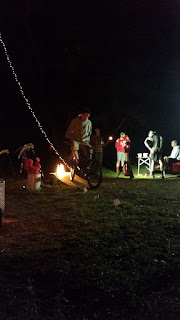 Everything eventually wound down (and my phone died), but the beer pong crew partied until they were really done.  It was funny to watch, but I was glad when they eventually stumbled back to their campsite.

What an awesome weekend.  Those Jacksonville people know how to party, and it's always great to hang out with them.  Aside from the racing and warm weather, that's one of my favorite things about going down there every year.

I think I'll keep this shit up for years to come.