Sometimes you don't know what to expect.  You have preconceived notions about a certain thing, but until you actually do it you have no idea.

Brace yourselves, I'm not talking about bikes.

For Father's Day, Lunchbox wanted to hang out with his old man.  He also had something else to do, so he asked if that could be my present.  I said sure, not knowing what I was getting myself into.  You know, other than hanging out with my kid which is good no matter what we do.  So off we went to the Heroes Convention here in Charlotte.

Anyway, he goes to comic conventions all the time.  He's a regular on the circuit these days.  I think that's neat, but it just wasn't my thing.  I went in with an open mind though.  Our first stop was something that made my day, no doubt Lunchbox's grand plan to get me to enjoy my day. 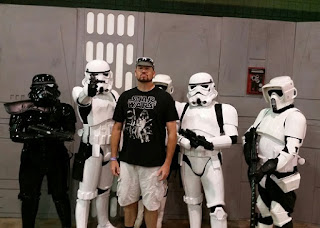 Star Wars stuff.  I dig it.

That was pretty cool, and I was definitely having fun.  After that, we walked around a bunch and looked at all the neat stuff.  I took a few photos. 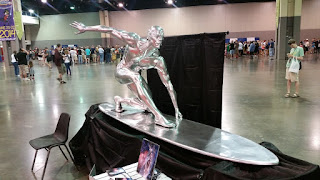 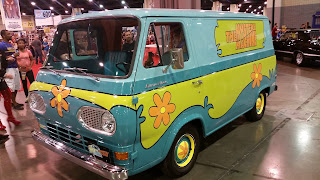 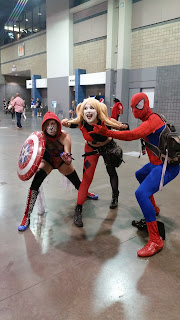 So, nerd stuff.  I guess it's cool these day for most people.  Hell, I'm a Star Wars nerd.  But, people like to have fun, and everyone goes about it in a different way.  I'm really into bikes (and guitars, beer, etc.) and the people I saw at the convention are just as passionate with their hobbies too.  Just like Lunchbox. 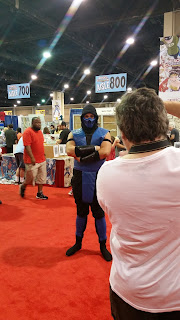 That happened all day.  People stopped him to ask for a picture.  It was cool to see how popular he was with the people there, and from what I understand it happens at every one he goes to.  He appreciates the old school stuff like Mortal Kombat, as well as newer comics and movies.  Oh yeah, he's a cool nerd that happens to work in the bike industry too.


And he's one helluva a kid (man.)  I had a good day with my son, and I learned that maybe new things can be fun.  I'm glad that he decided to drag his old man along during his adventure.  I mean, I spent enough time dragging him along to my crap and nonsense.

So I'm not just some selfish bike and beer snob asshole.  I guess I'm a nerd too.